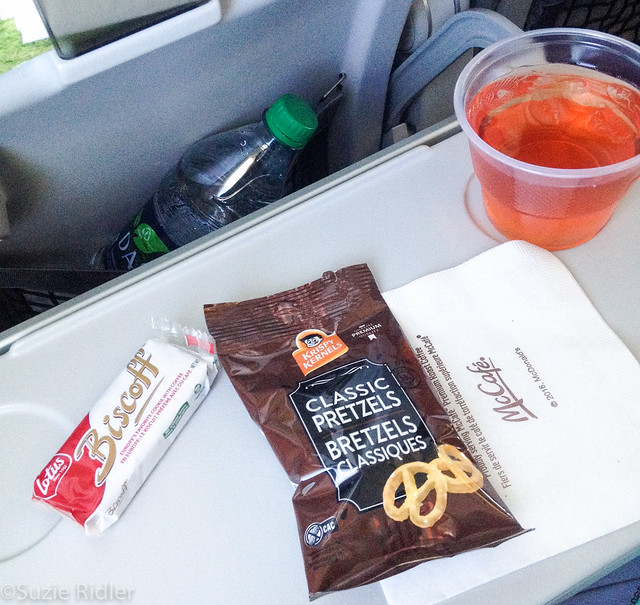 Flying down to San Fransisco was a breeze. There were not a lot of people on the flight so I got the snack AND the treat! 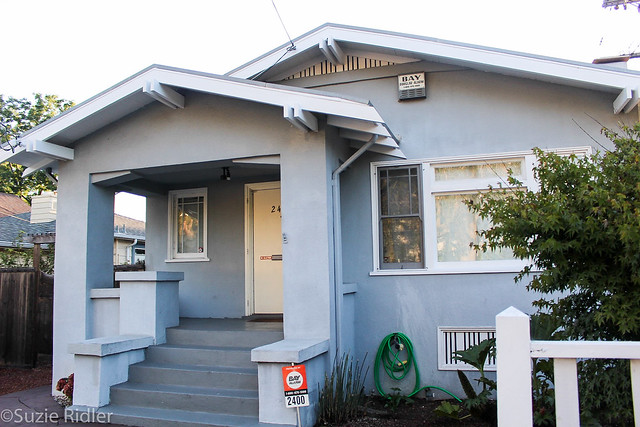 Instead of staying at a hotel which would be more expensive we stayed at this AirBnB in Berkeley. 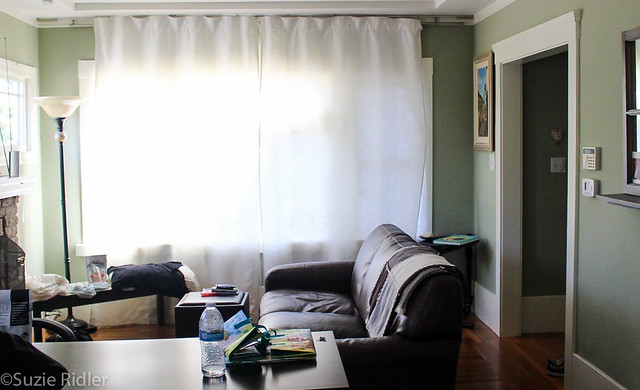 It was wonderful. What a treat to be able to live together under the same roof again and we were party head quarters thanks to our empty fridge. 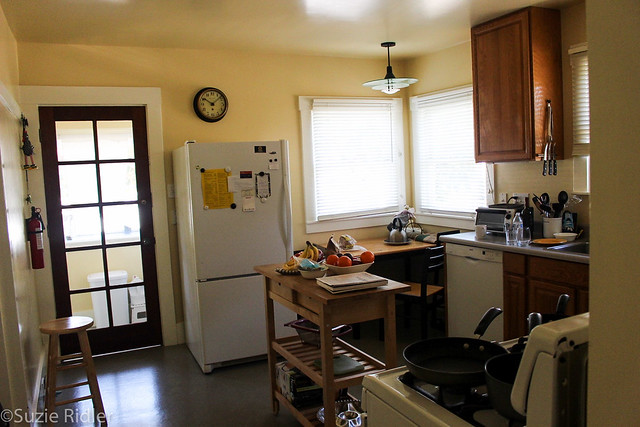 Despite not having a chef’s knife, the kitchen had everything else which was fantastic and I even got to make everyone breakfast burritos, no problem. 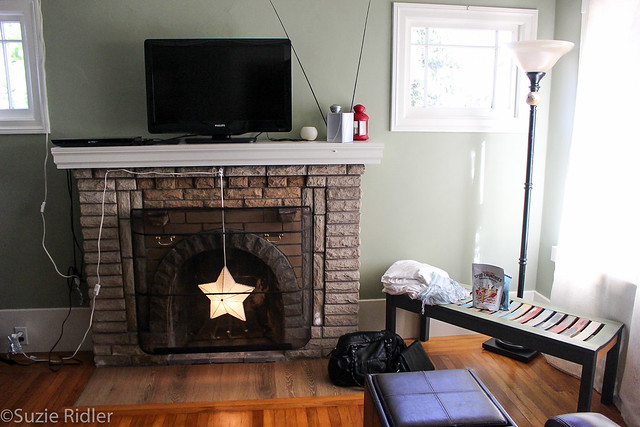 It was definitely the best choice we could have made for our large group and I highly recommend staying there if you are in the Berkeley area. One thing though is if you are going out during the week night it can be a little rough on the main streets at night. On the weekend? No problem. 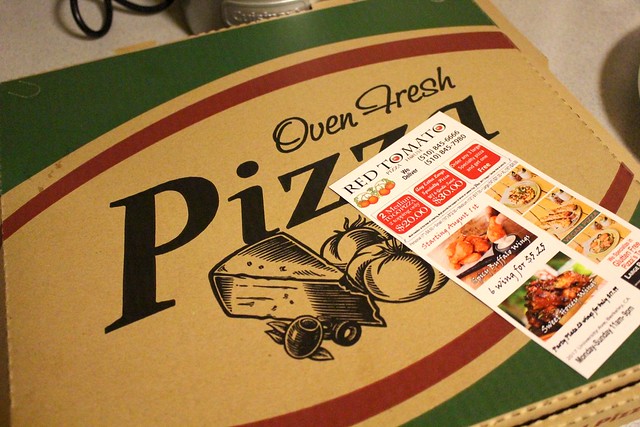 There were no pizza places that had great reviews for delivery so we took our chances on Red Tomato Pizza House because everyone said their customer service was excellent. 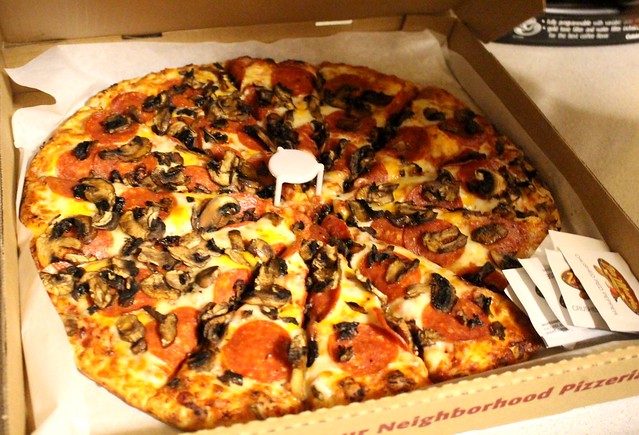 Oddly they did not have a traditional pepperoni and mushroom pizza on their menu so we had to special order it. This was a good pizza. We all liked it and enjoyed it the next day too. 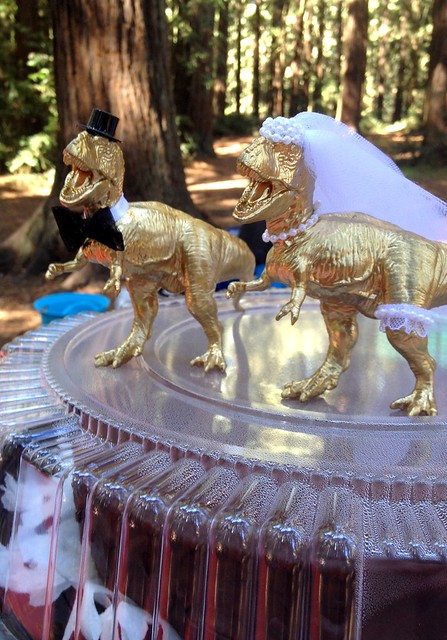 I wish I could share photos of the actual wedding but apparently it was a bit of a secret so I will share what I can with you. 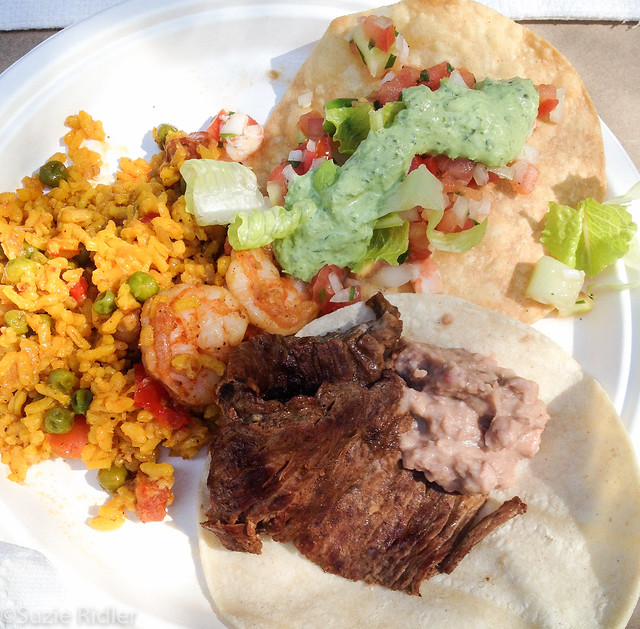 The food!!! OMG, the food was incredible. I got to try both ceviche and paella for the first time. Stunning. Ceviche was as refreshing as I heard and the paella was heart-warmingly beautiful. The beef taco with refried beans was also fantastic. 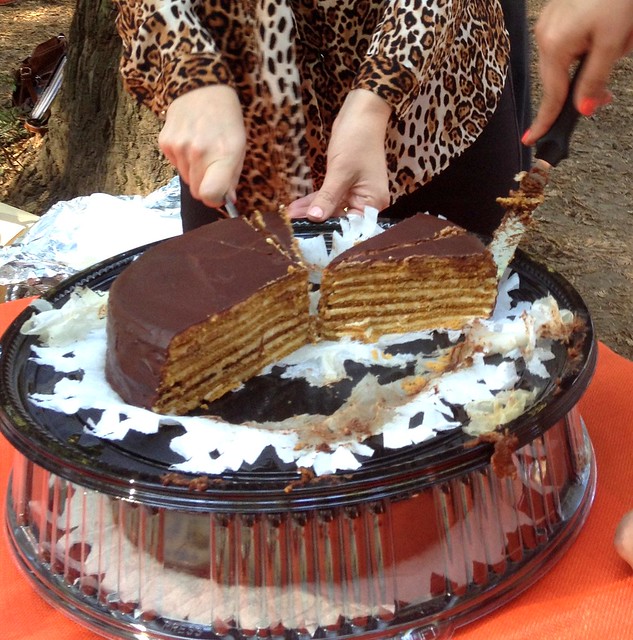 I was also introduced to honey cake. 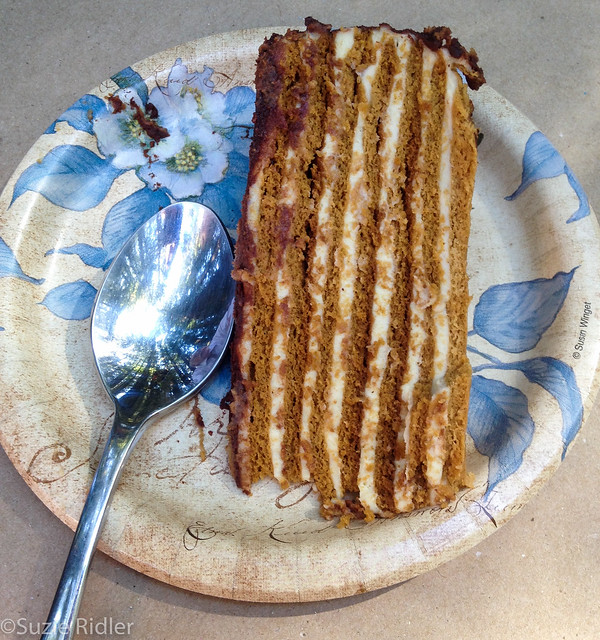 A layered cake with gingerbread spices and layers of honey cream. (BTW, you can see my Dad in the reflection of the spoon as well as the stunning red wood forest.) Apparently this cake is similar to a Latvian cake and we Latvians make the BEST cakes. This was beautiful, never had anything quite like it. 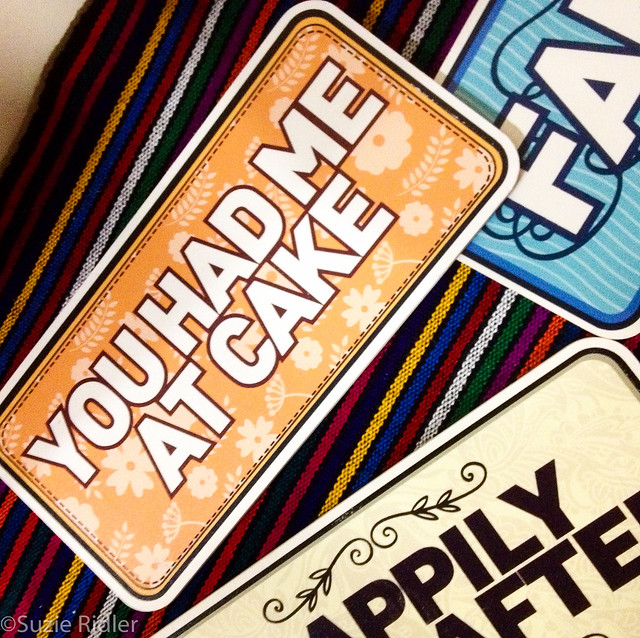 There was also a celebratory party that was a blast. 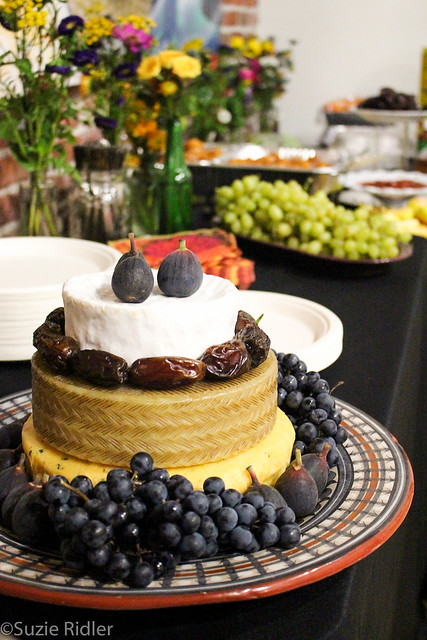 They had many cakes at this party too including a cake OF CHEESE! Which was so delicious. 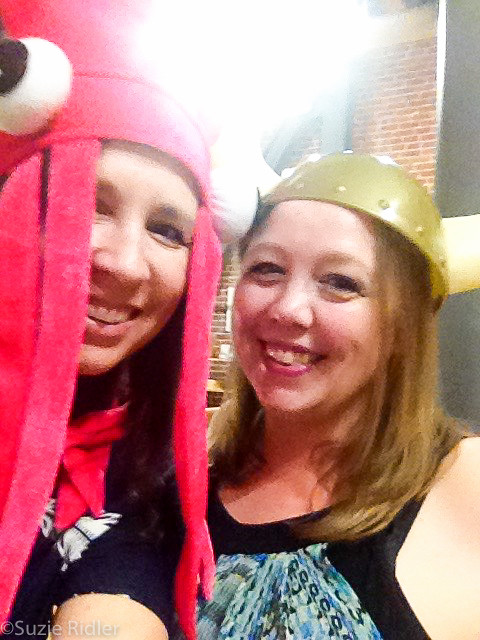 We even got some cosplay in. 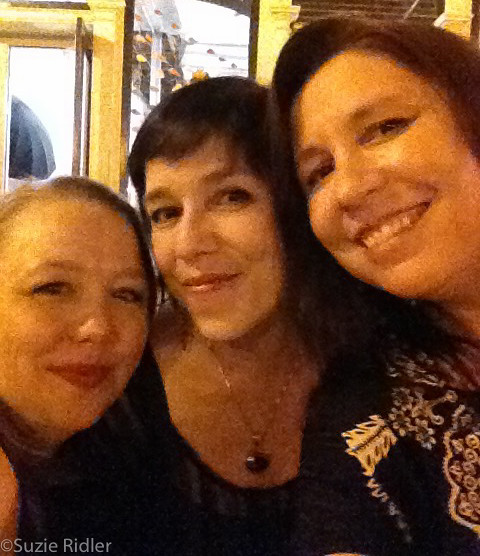 Alas, it was the last night altogether and the epic journey home the next day was going to kick my ass. 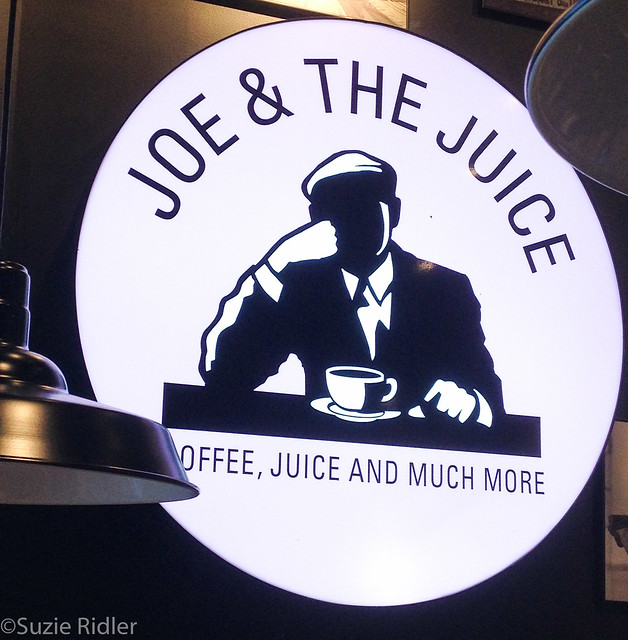 From almost going to Singapore by accident to having six extra hours in the San Fransisco Airport… I had to do something drastic to make sure I made it home without falling unconscious. 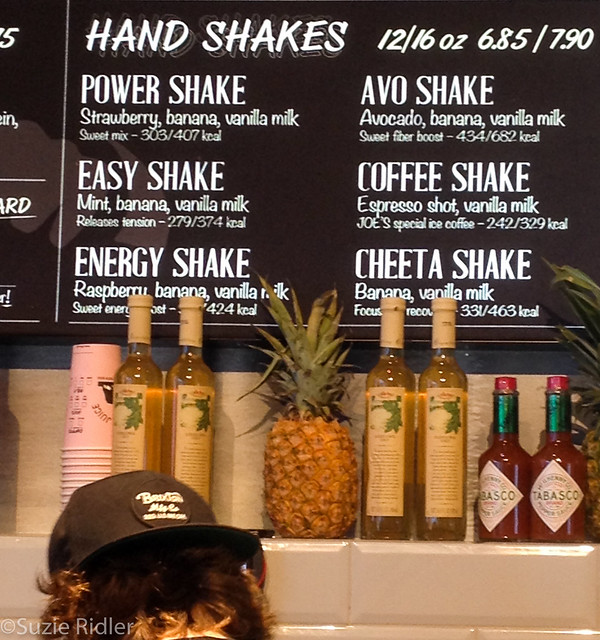 I was in so much physical pain I knew I was not going to make it to my flight so I had to bring on the pain killers and muscle relaxers. To stay conscious I went to Joe & The Juice and ordered… 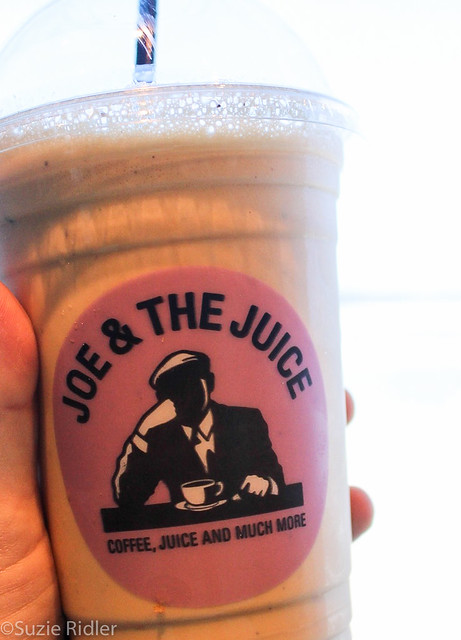 The Coffee Shake with caffeinated coffee! It was quite delicious until you got to the end and then the coffee ground make it very unpleasant to drink but it did its job. 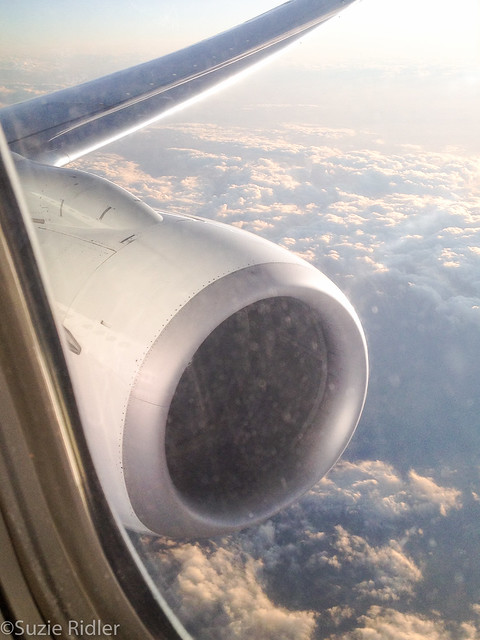 It got me through the final few hours of wait time for my flight and I was back in the air with lots of foodie memories I wanted to share with you. 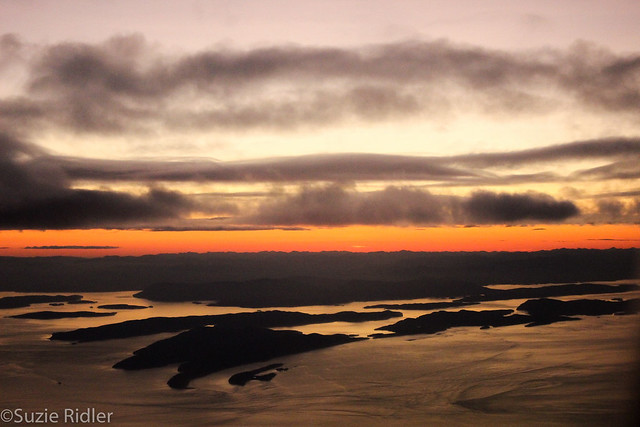 It was an incredible trip and so great to see family again. Now I am back in BC’s LalaLand sick as a dog and recovering from the trip with roofers tearing apart shingles above, breakers being blown writing this on my laptop with no power… Ah real life. It was fun to escape you even if it was only for a few days.