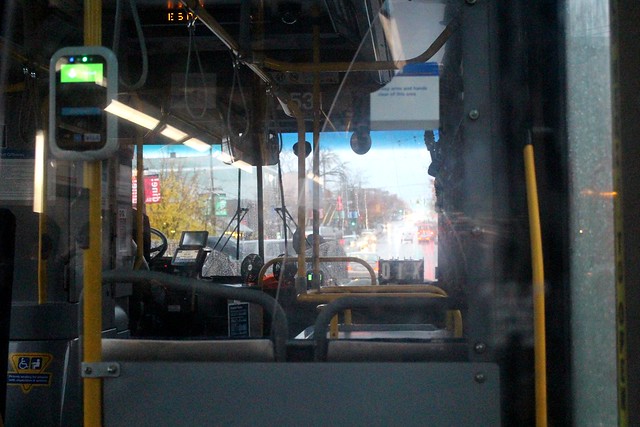 It was a very dark and bleak day yesterday when I rode the bus to the Gourmet Warehouse to see Anna Olson! I missed my chance to see her when I was in Toronto but there was no way I was going to miss her while she visited Vancouver. 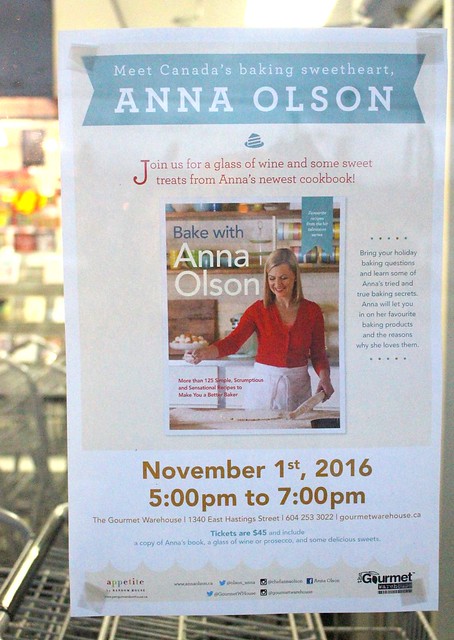 Anna Olson has been promoting her EIGHTH cookbook Bake With Anna Olson across Canada and I could not think of a better venue than Gourmet Warehouse. You can watch my tour of the store here. 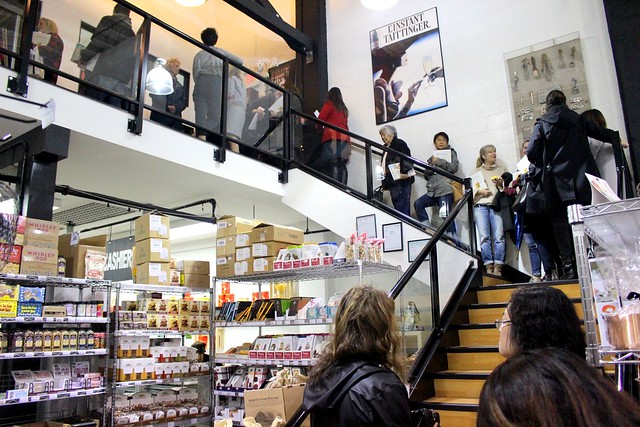 I arrived a little after 5 pm and wow!!! The lineup was huge! It was so exciting to see so many enthusiastic bakers in Vancouver. 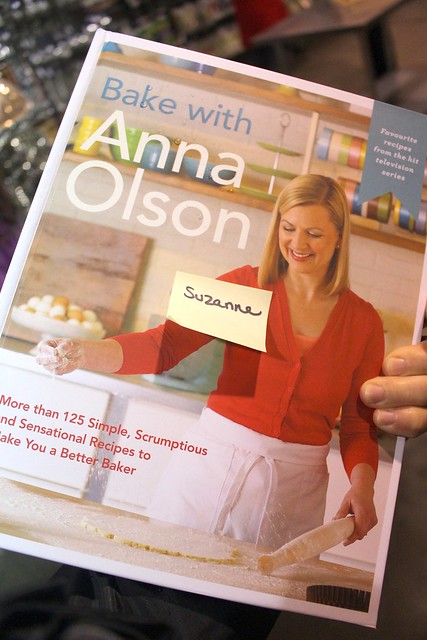 I picked up my copy which I had paid for ahead of time. Please ignore the “Suzanne” post it. Nobody calls me Suzanne except my physicians, LOL. I borrowed a pen and quickly changed it to “Suzie the Foodie” so Anna would be sure to write that in my cookbook and NOT Suzanne. 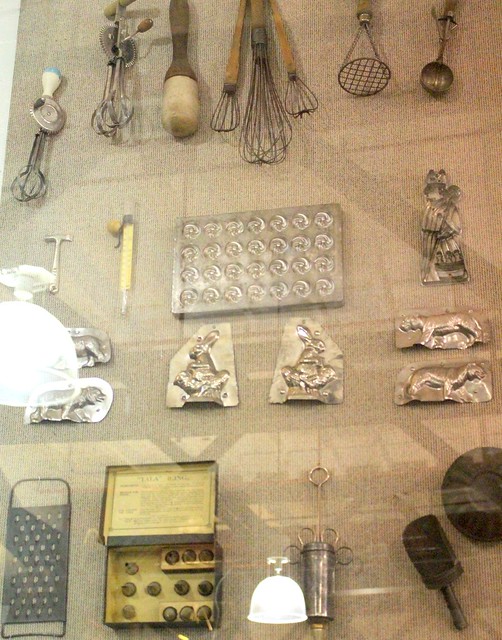 I have been quite lost since my return to Vancouver and have been in need of foodie inspiration. 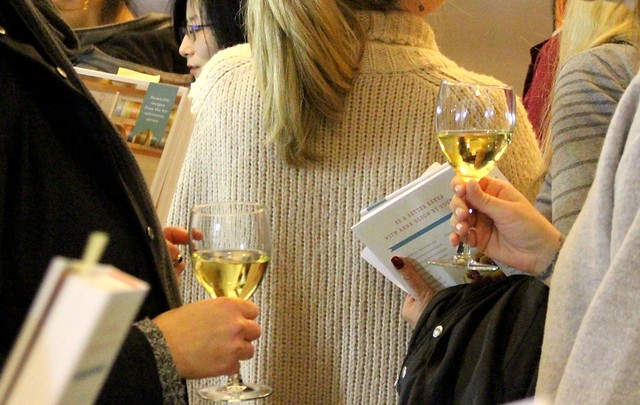 I chatted with a woman in line who was a professional baker, as excited as I was to see Anna. 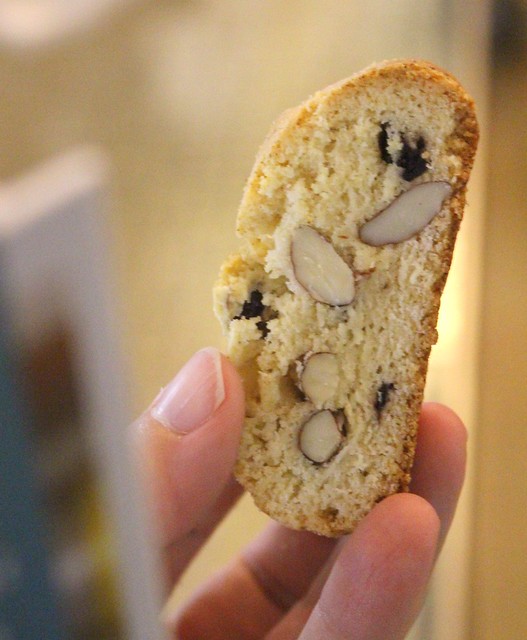 As promised, there were some baked goodies from Anna’s cookbook waiting for us. 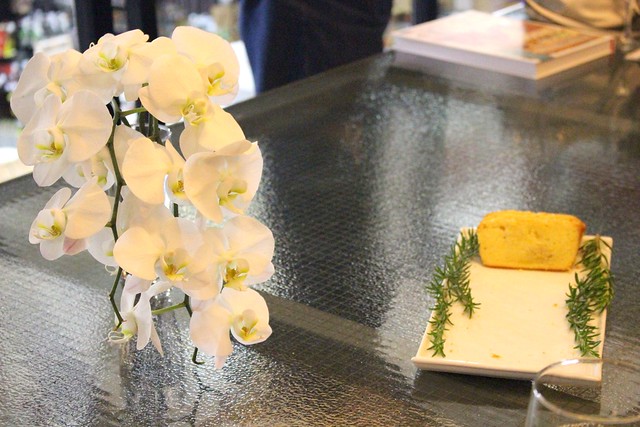 But they disappeared quite quickly. Both the biscotti and lemon pound cake were fantastic, of course! 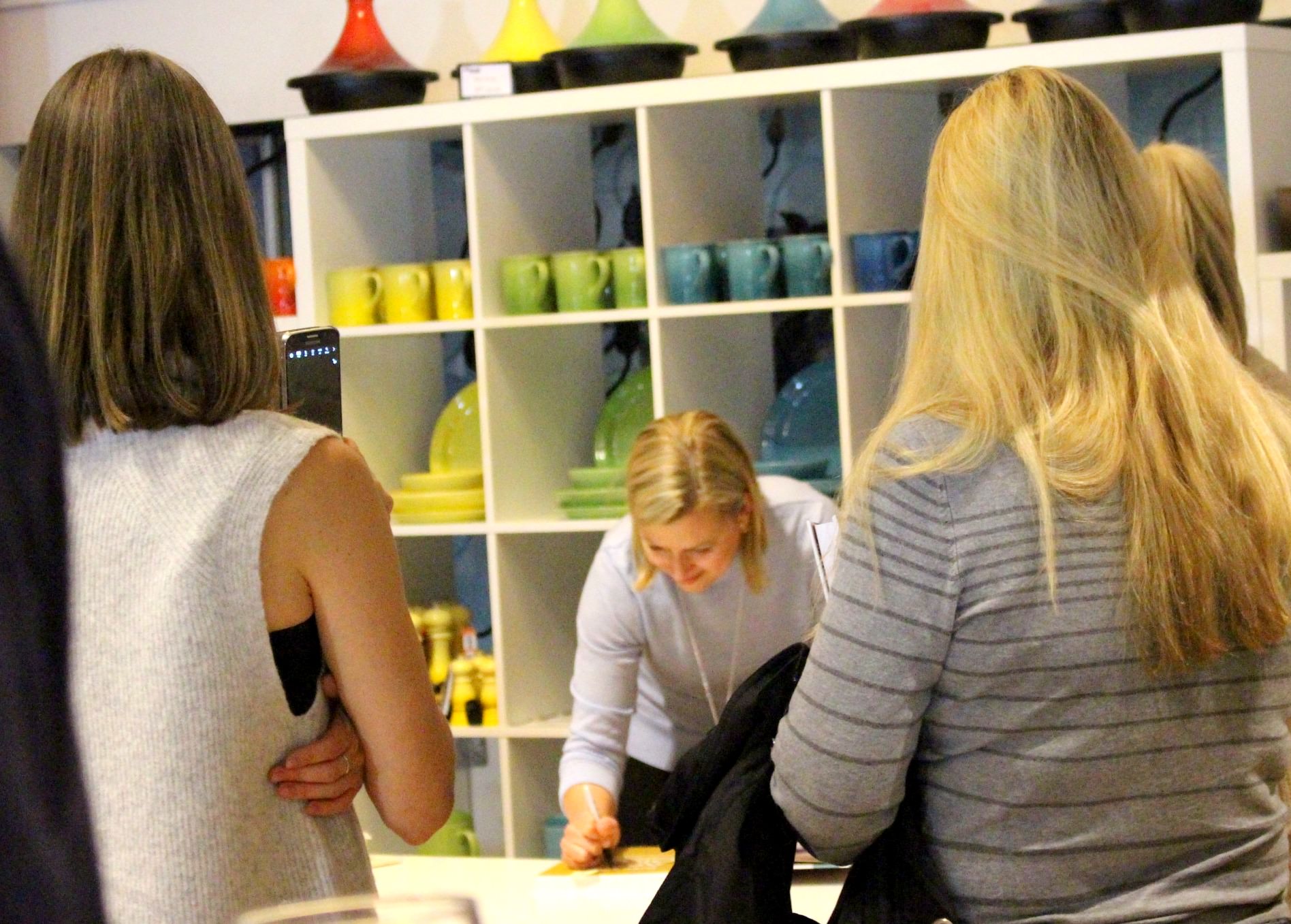 There she was! After being in line quite a while I could finally see Anna signing cookbooks and knew my turn was coming up. 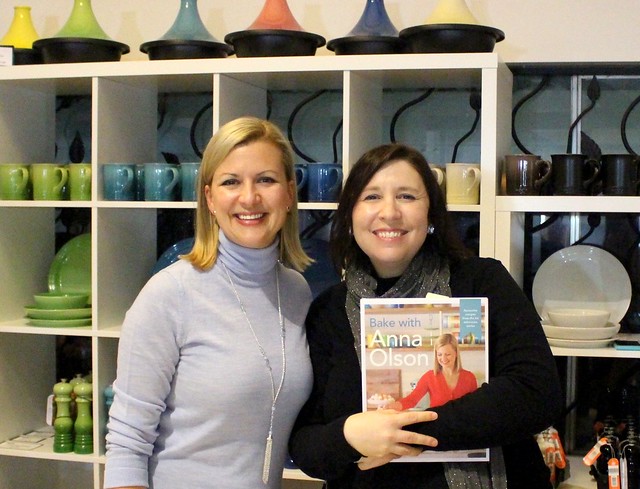 When she asked who to make the book out to and I said, “Suzie the Foodie” she threw her hands up and gave me a big hug! What a sweetheart. Honestly, she could not be any nicer and even gave me some tips on how to stay inspired. 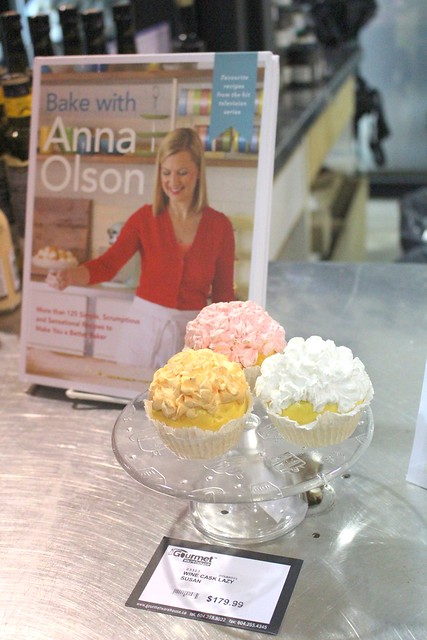 She said that meeting people is what she is all about and it keeps her going. She also recommended going outside your comfort zone to try something new and always be learning. She, herself, recently took a course in chocolate-making which was both humbling and mind-blowing. 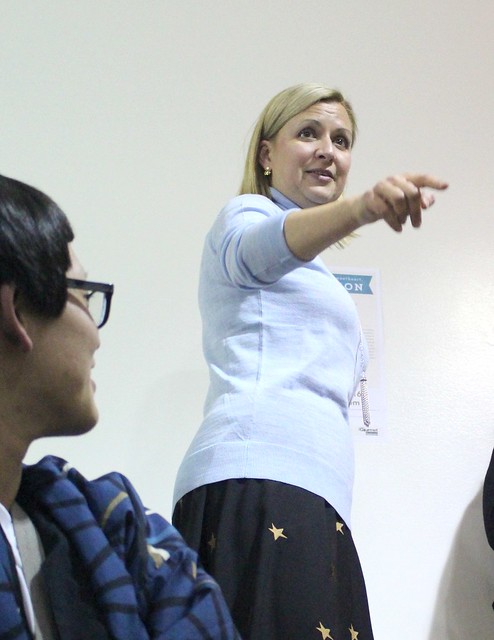 I thanked her for everything she has done for us bakers and made my way down the stairs. I took a seat and from there Anna gave us tons of baking and holiday hosting tips.

From the importance of using unsalted butter to sharing about her grandmother’s ability to share her love with her family through food. It was so exciting to hear that her grandmother’s recipe for Easy Bagel Bites is included in the cookbook! 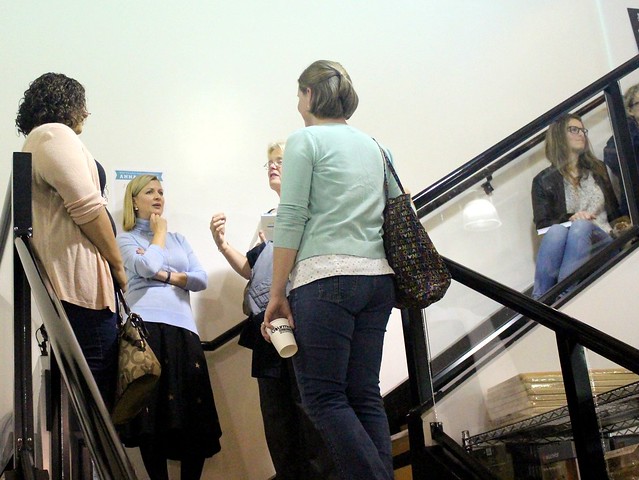 One of the other fellow baking enthusiasts had travelled six hours to be there yesterday and all of us had to trek home during a rain storm warning but it was absolutely worth it. I came home with my baking batteries recharged and a huge desire to try everything in Bake With Anna Olson. Rest assured there will be many recipe tests and reviews from her cookbook coming up on my site, as well as a cookbook review.

Thank you Anna and Gourmet Warehouse for such an amazing event!