You are here: Home / recipe / My So-Called Maritime Fish Cakes 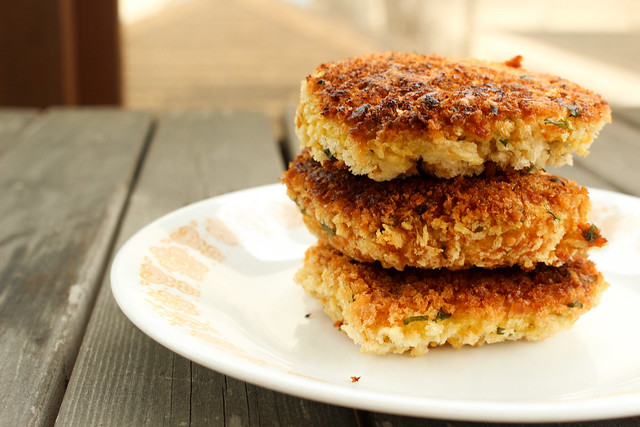 Ever since I met Reg all those years ago he has always LOVED fish cakes! We have almost always been able to find some kind of giant bag for around $10 wherever we have lived but since moving back to the west coast… Nothing. And he is quite fussy about his fish cakes. He is from Nova Scotia and likes them a particular way.

I have tried to make them myself but it usually is a waste of time because they are never like the store-bought ones he loves. Until now. I think I may have finally cracked the foodie code on this one. 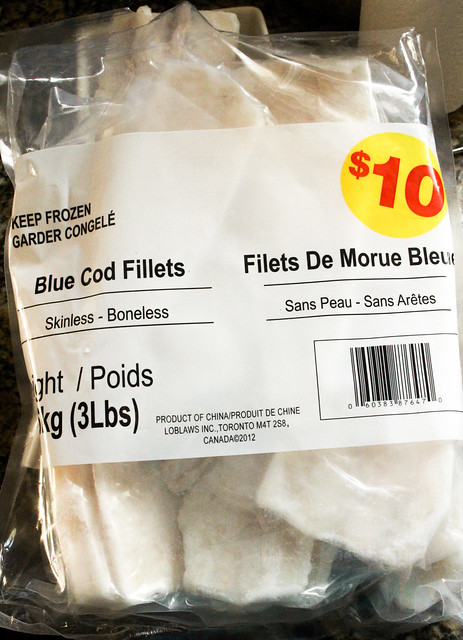 To make them as economical as possible we pick up $10 of frozen fish from the Superstore. I usually get the sole but this time they also had blue cod.

Thaw 2 large fillets and remove all excess moisture with paper towel. You do not want the cakes to have any moisture from the frozen fish. 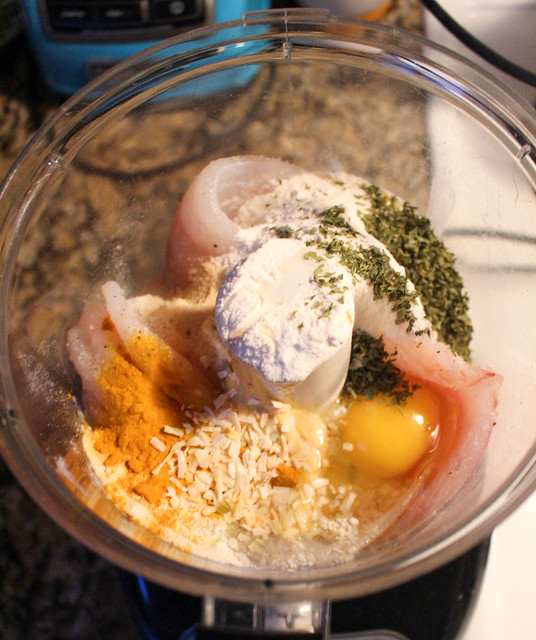 Put them into a food processor with 1 egg, 1 tbsp Dijon, 1 tsp dried parsley, 1/2 tsp turmeric, 1 tsp garlic powder, 1 tsp minced dried onion, generous pinch of salt and pepper and 1/3 cup of flour. If you are lucky enough to have some leftover mashed potatoes, replace some of that flour with them instead. 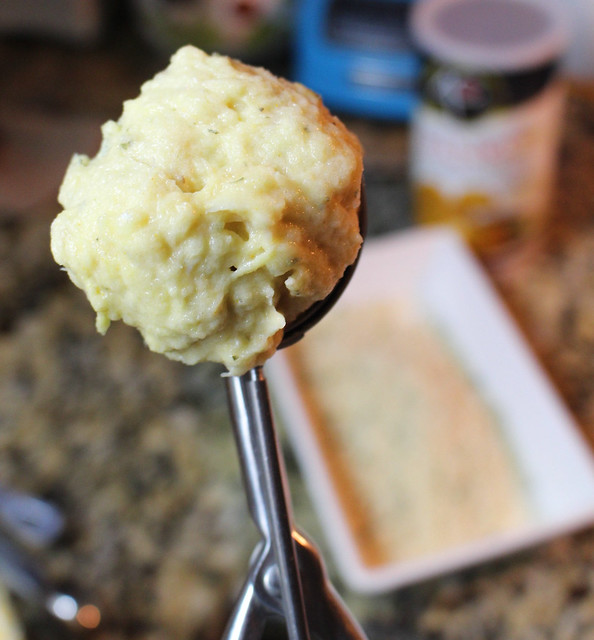 Pulse until you get a paste. Use a large ice cream scoop to pick up the fish goo. Toss in some flavoured breadcrumbs. I used panko. Shape into a thick cake. 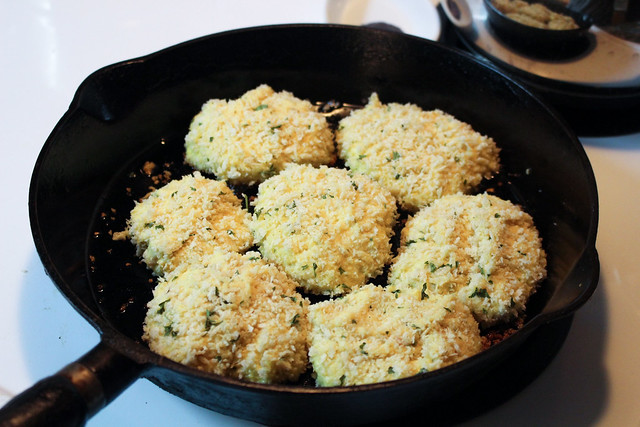 Brown in a pan with some olive oil and butter over medium heat. 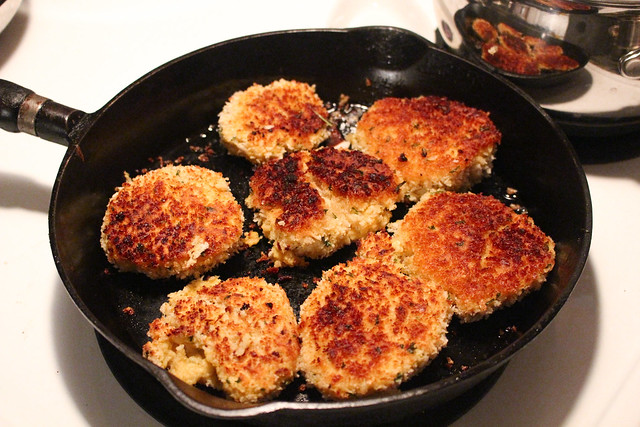 Brown on both sides, around 5 minutes per side. 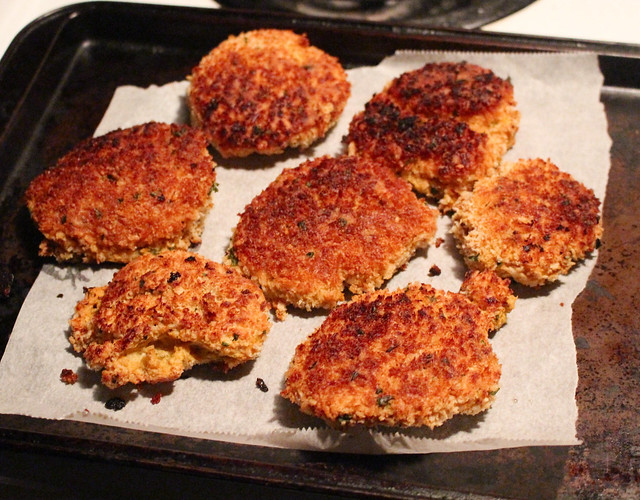 I like to finish them off in a preheated 350F oven for 20 minutes to make sure they are cooked through. 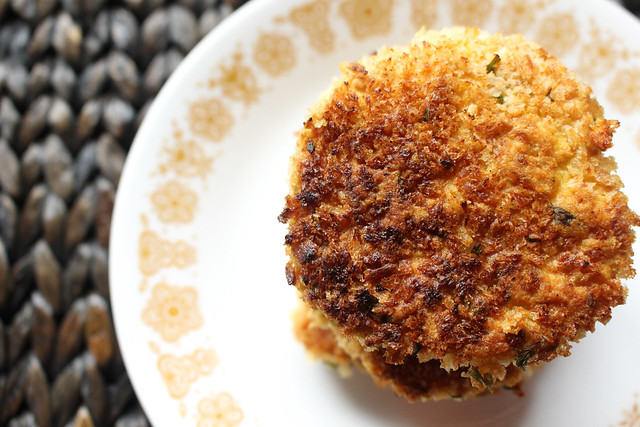 I could not believe it. Reg said these were “pretty good” and wants me to keep making them. 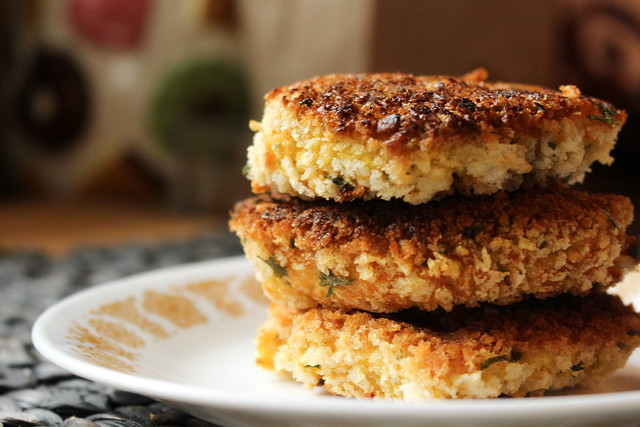 This is HIGH praise considering how picky he is about his fish cakes! What a relief. I can now finally make him one of his favourite dishes and it really takes no time or special ingredients at all.