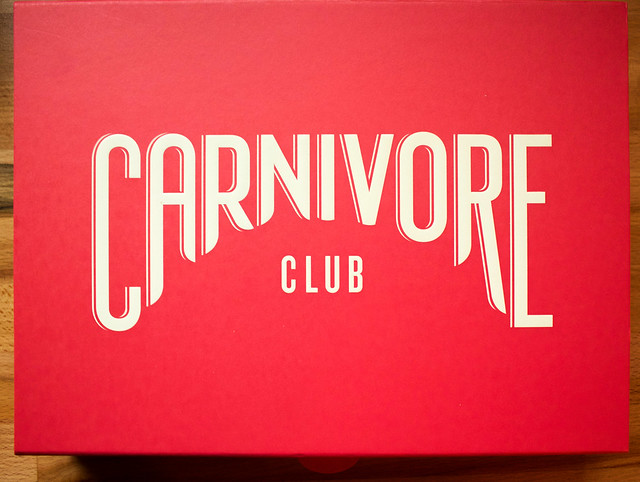 The Carnivore Club sent me another box-o-meat! Check out my previous reviews of the products they sent me. 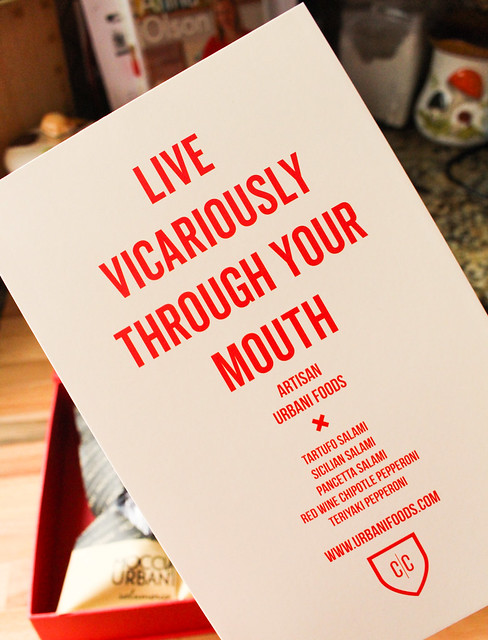 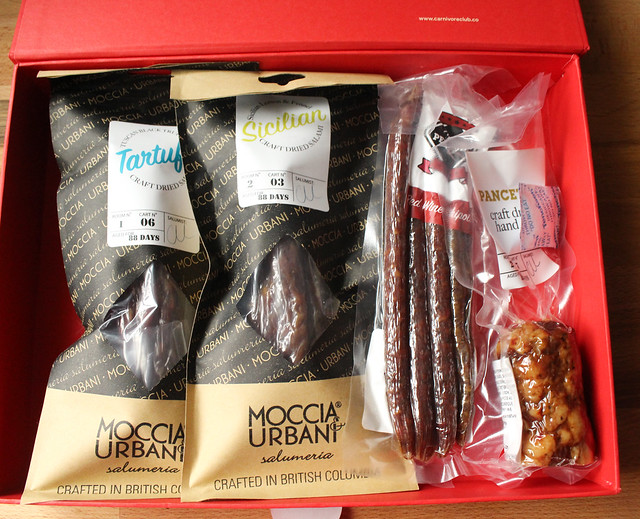 The company is in Port Moody, British Columbia, one of our favourite places! They craft their meat in small batches to create an artisan experience. I received their salami, pepperoni and pancetta to product test.

What a treat to receive their pancetta! A delicious foodie product I have rarely indulged in. 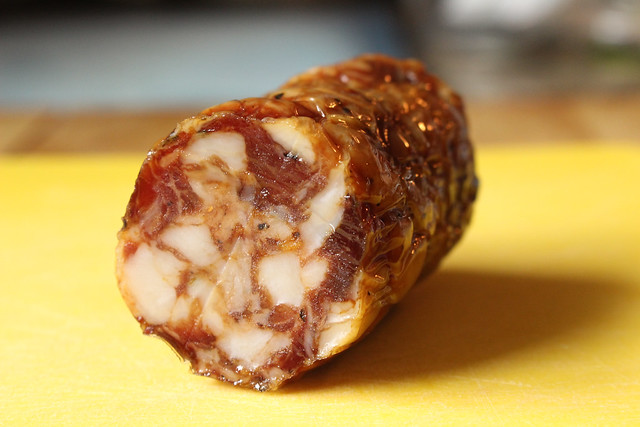 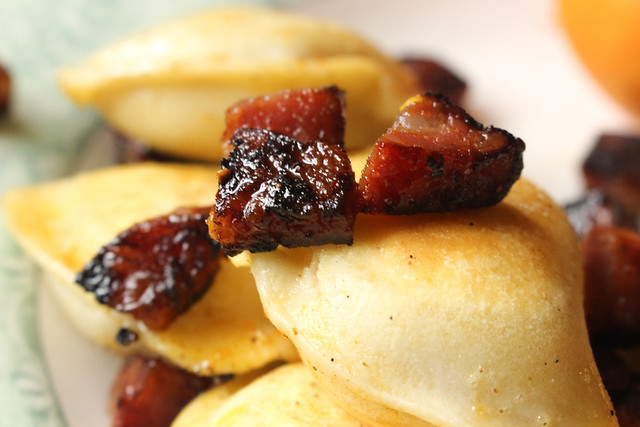 Fry it up and sprinkle on my weekend perogies! I also had it on a lovely salad and it was delicious. Crisp with tons of flavour. A little of Urbani Foods‘ pancetta went a long way in my kitchen and it was fantastic! 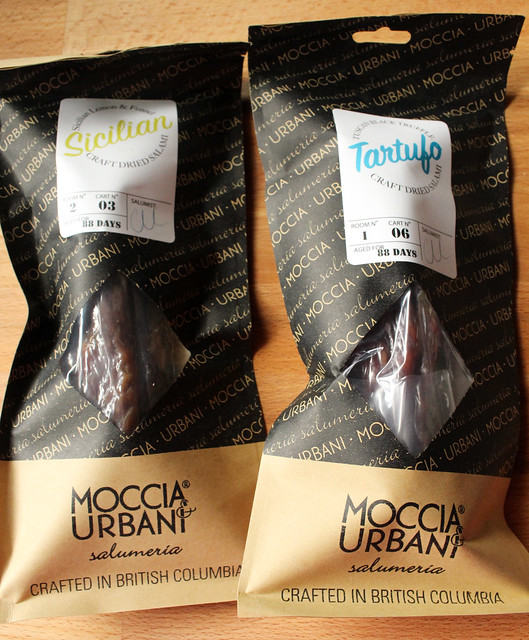 I received two kind of salami to try. 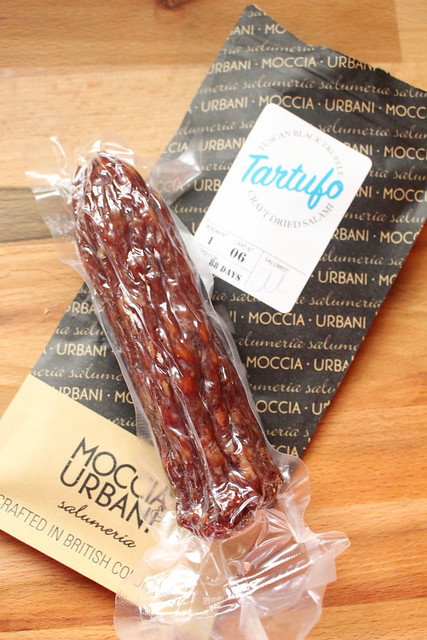 One was the Tartufo Salami containing winter black truffle. 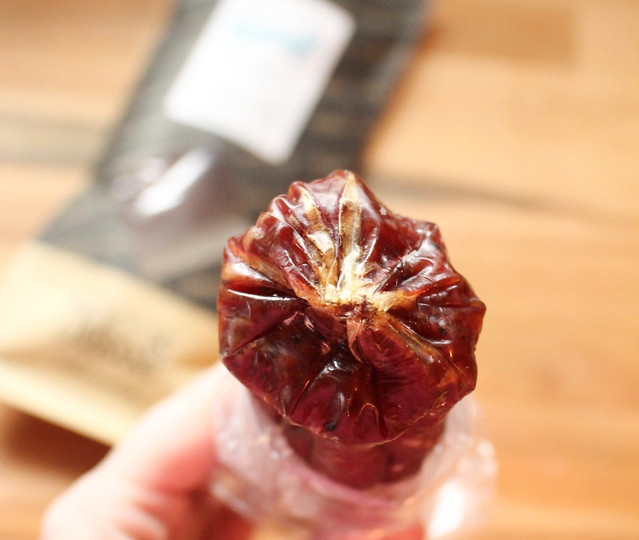 “It is almost reminiscent of a dark loamy chocolate.” 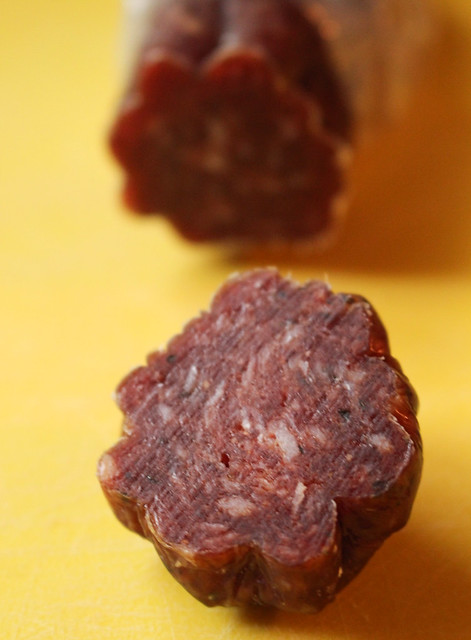 We did enjoy this salami but I wish I could have really tasted that winter black truffle. Earthy? Yes. Delicious? Yes. But I was not picking up on that loamy chocolate flavour, unfortunately. 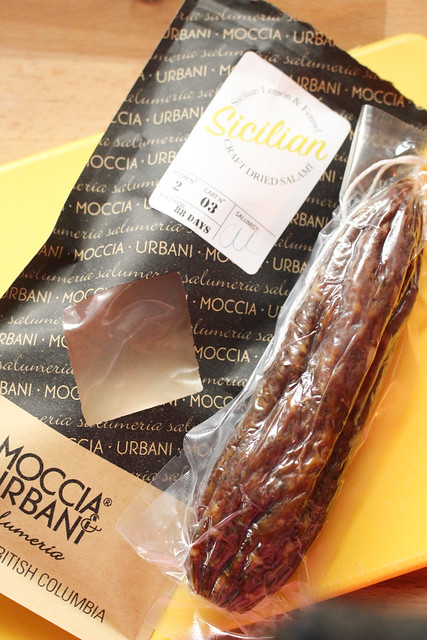 The Sicilian salami with lemon & fennel is definitely a more traditional salami. 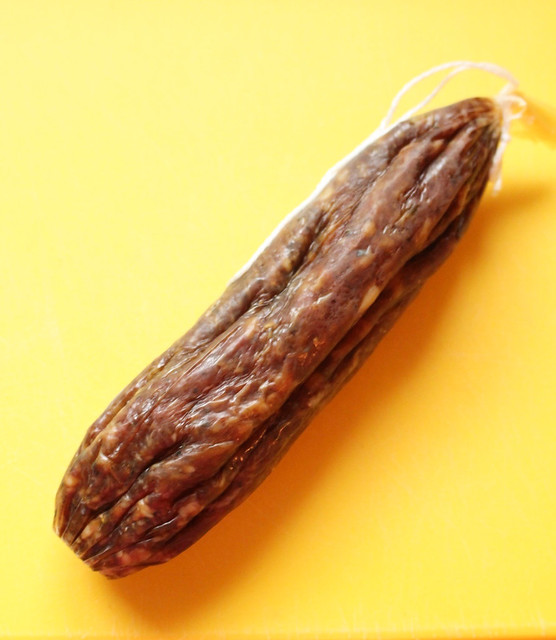 We enjoyed it and could taste that it had a different flavour profile but the difference is very subtle. 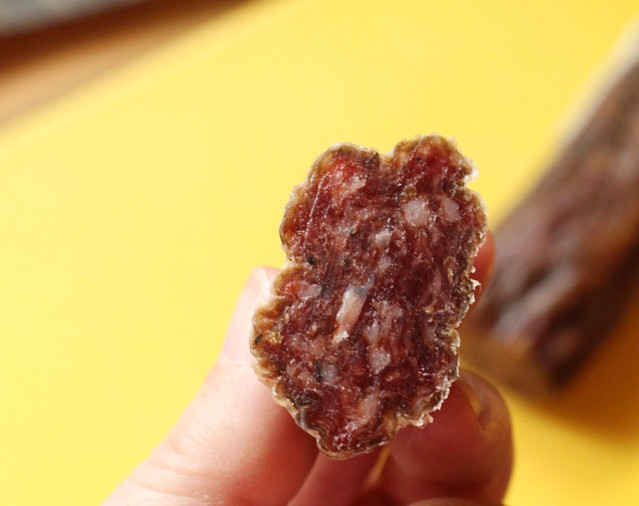 One thing we noticed right away is that all the meat products were high quality and not greasy, which was a pleasant surprise. Salami can be incredibly greasy. 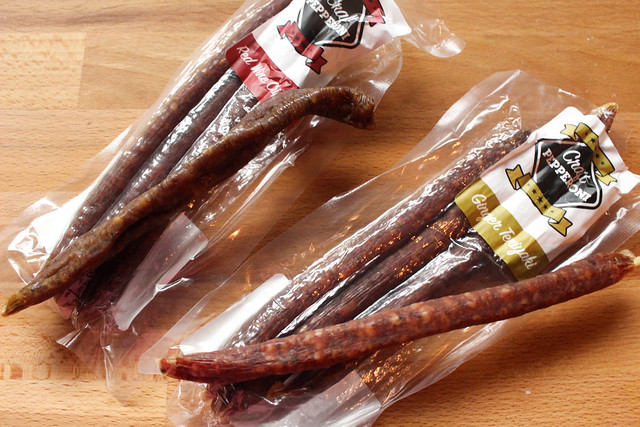 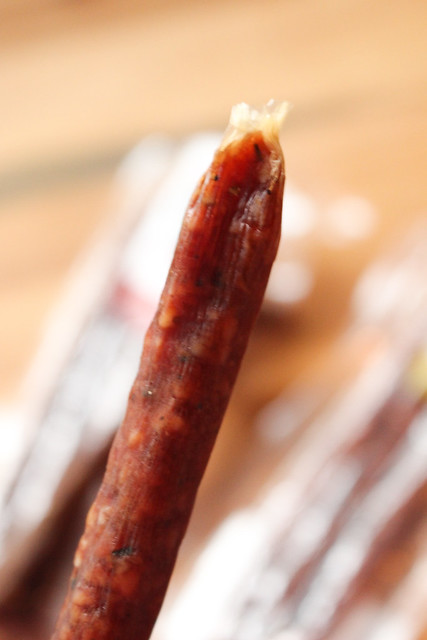 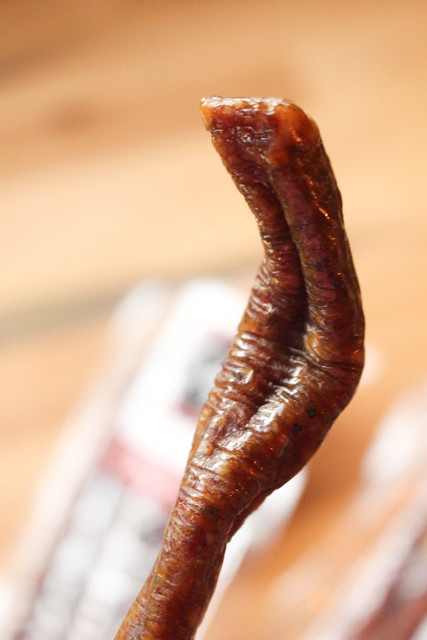 The red wine chipotle pepperoni on the other hand? Spicy!!! A spiciness that creeps up on you and bites you in the kisser, in a good way. 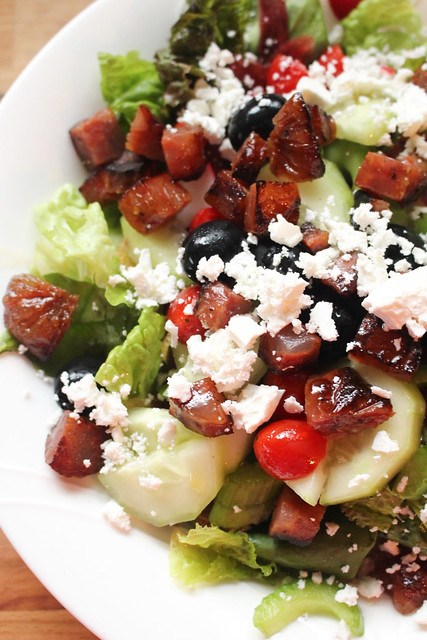 Overall, all the meat was fantastic. You can tell it is high quality, made with love and has tons of flavour. 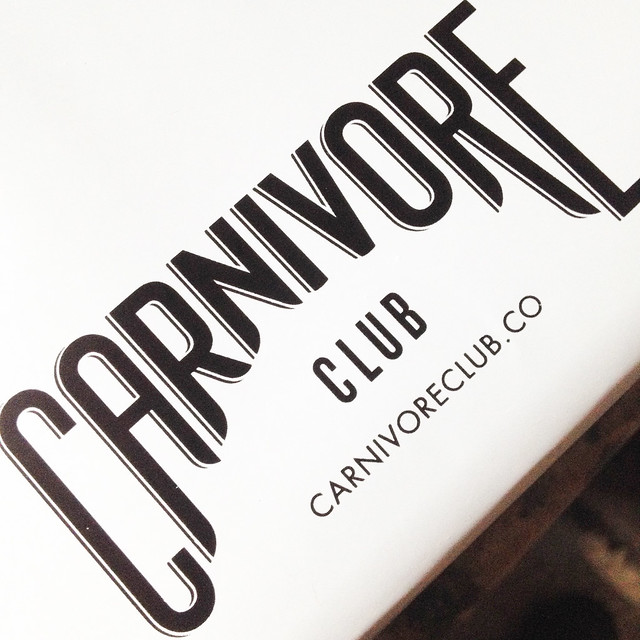 For the most part, we just did not notice a very powerful difference between the flavours. We could tell they were there but if you had said, well, this one has black truffle… I would have been surprised. I like that they have made differing kinds of spiced meats and are clearly masters at their work. I just have to wonder if my palette can do this product justice. Subtle notes can go over this foodie’s head sometimes.

Fantastic quality, delicious products and quite the treat. I give this overall Carnivore Club experience four and a half out of five wooden spoons.