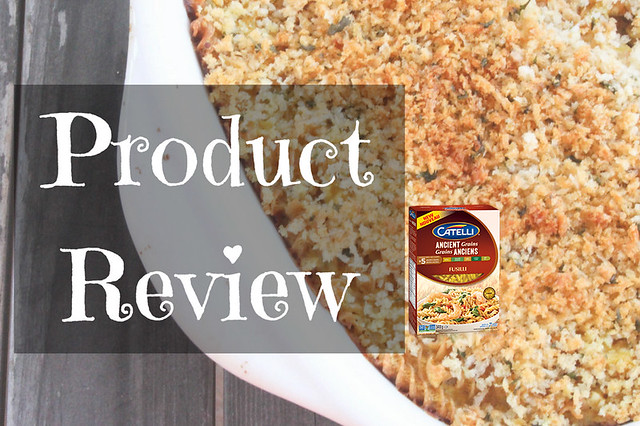 I am a huge fan of Catelli Smart Pasta. They got it totally right. Tastes like regular white pasta but has 32% of your daily recommended fibre intake per 85 g serving. They sneak fibre into your diet and the pasta still truly tastes like white pasta. Genius! 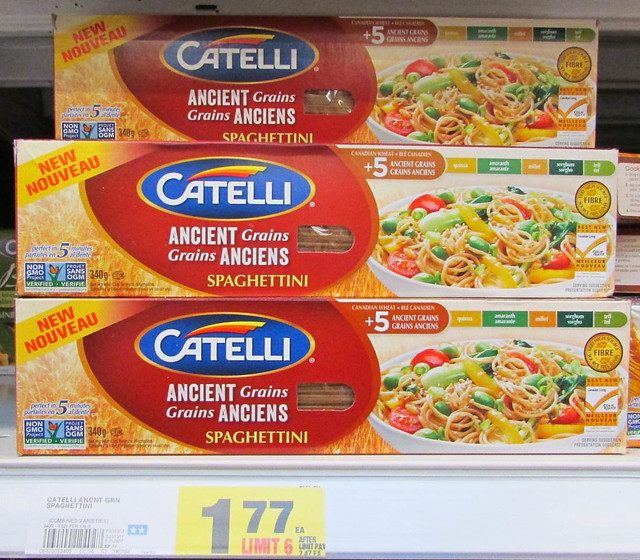 I sang Catelli’s praises online recently and they sent me a whole whack of coupons! When I was at the store I saw that they had a brand new line of pasta to try made with the ancient grains quinoa, amaranth, teff, sorghum and millet. 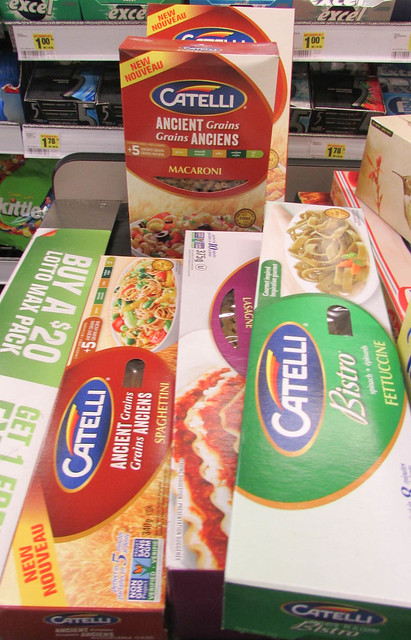 I knew that if anyone could make me like a whole grain pasta it would be Catelli so I stocked up. 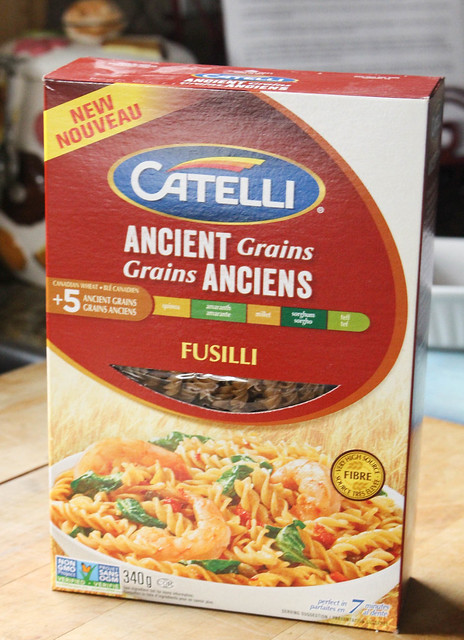 I decided to make a mac ‘n cheese dinner but using their Fusilli Ancient Grains Pasta. 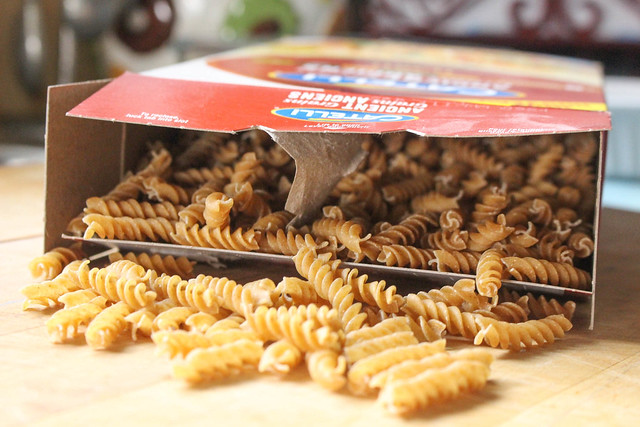 My first impression of the pasta? It truly appears to have substance. It is not anemic in colour but a pale earthy golden brown. Was I worried? No. 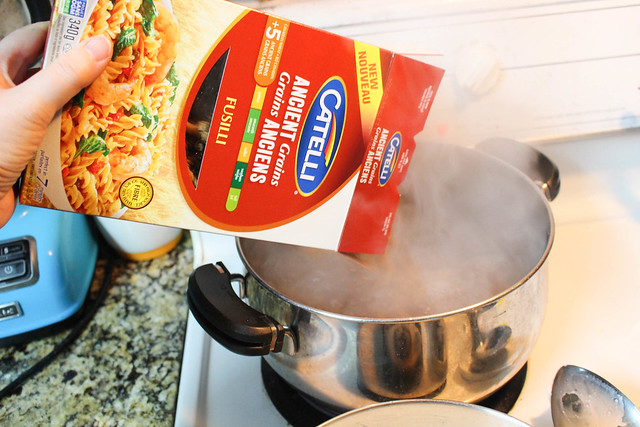 I followed a recipe I have made several time and swapped out the regular pasta for this one. 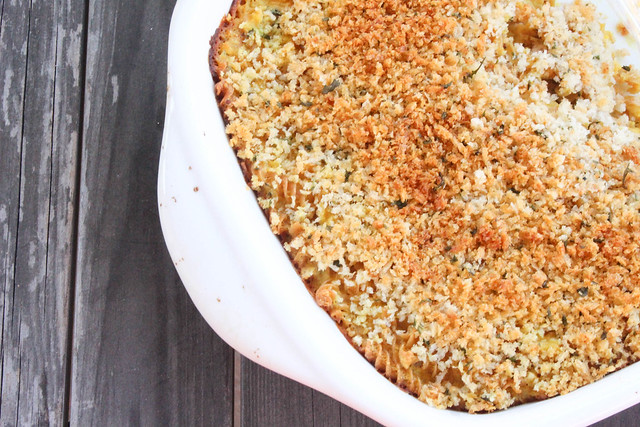 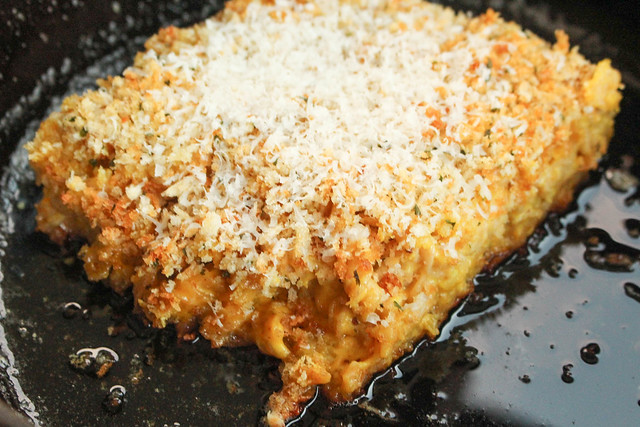 Health food enthusiasts will like this pasta. You can brag about all the nutrients, protein, fibre and super foods in it but for me? It was a total disappointment. I did not like it at all and would rather have no pasta than pasta that tastes like it came from a health food store. That said, there are people out there who will LOVE it. Carbs with tons of protein and fibre is hard to beat.