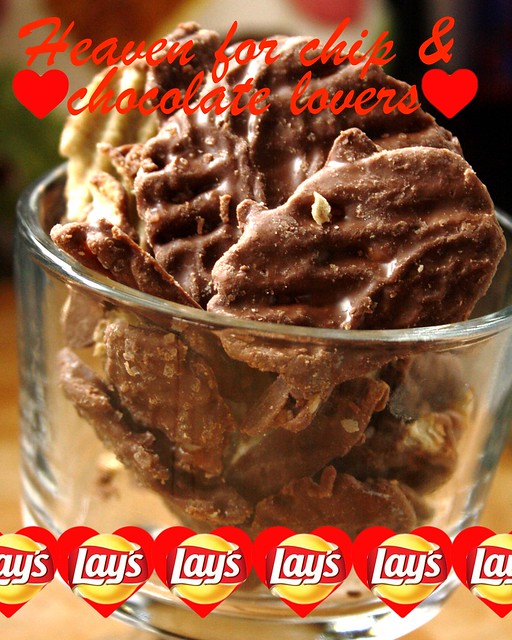 I can not think of a more daring and potentially dangerous pairing than chocolate and chips. Lay’s Canada calls their Wavy Chocolate Covered Potato Chips a match made in heaven. They released these limited edition chips with Valentine’s Day in mind. FYI, Reg is a fiend for chocolate and I am a chip monster. This was going to be interesting… 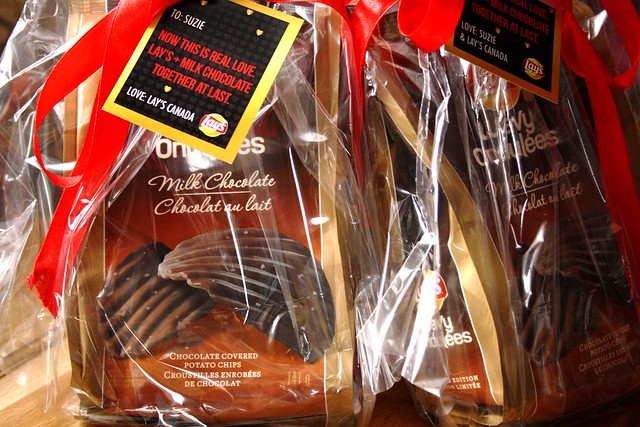 Two bags of these chocolate-covered potato chips showed up at my door. I thought that was interesting considering they were for Valentine’s Day. Wouldn’t the idea be to share? 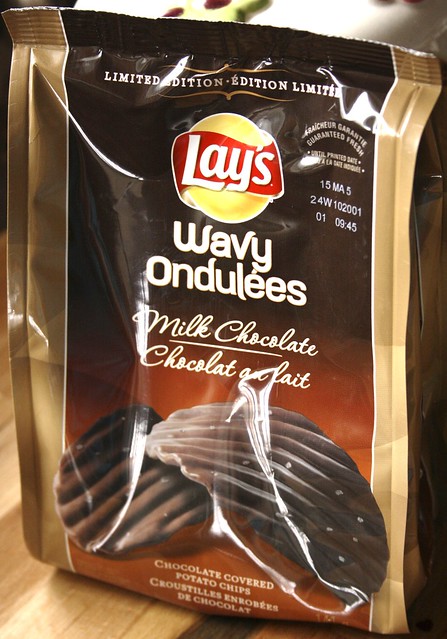 Or would that be too difficult? 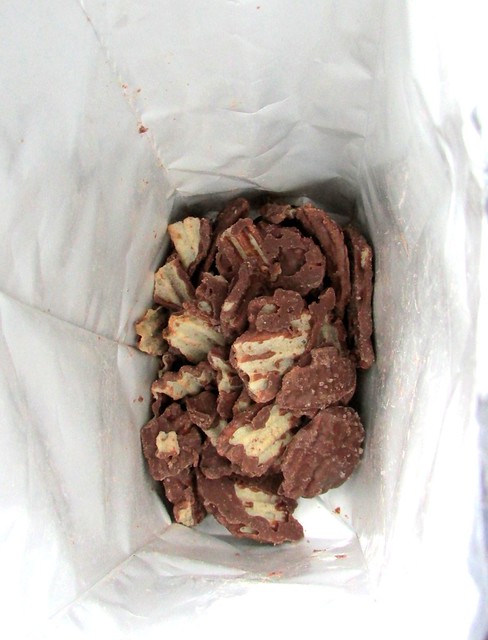 When I opened the first bag I will admit, I was a little disappointed. There did not seem to be many chips in there and they were not completely covered in chocolate. 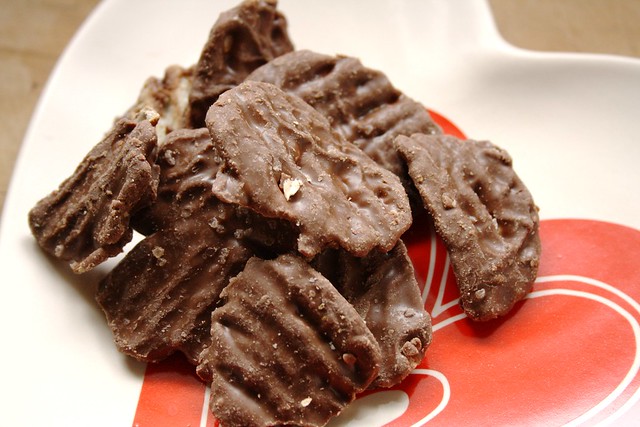 But then I tried them. Oh so weird! Yes, the crunch of the chip was still there and the saltiness was also very prevalent but they were weighed down by this thick layer of milk chocolate. The crunchy, salty and chocolate combo totally got me. I was diving in to the first bag while Reg was still eating dinner. I could not stop.

By the time he was done, there were only a few chips left. He had the last few and wanted more. Oh no! I really thought that would be enough for him since they were so rich. It is chocolate, Suzie! Of course he would want more.

I said, um, “Would you like the crumbs?” with a guilty smile on my face. Oh I felt terrible! And yet I could not help myself. Chips are my foodie Achilles heel, and add chocolate? Totally not fair. 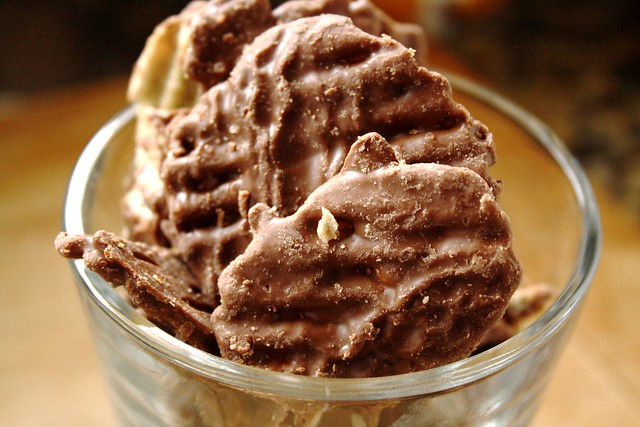 A bag of Lay’s Wavy Chocolate Covered Potato Chips pretty much fit into that small dessert cup in the photo above. I do not know how much they are retailing for but they are worth exploring, for sure. I have never had anything quite like them and Reg and I both loved them and could not get enough.

Hence, two bags for a romantic couple’s treat is a wise idea! My friend Kelly also recommends putting them in the fridge before indulging in them and I totally forgot. I just wanted to eat them all up right away, no planning involved. But I bet she is right!

It is such a good thing these are only available for a limited time.

I give Lay’s Wavy Chocolate Covered Potato Chips four and a half out of five wooden spoons. Some people will be disappointed with how few chips there are in the bag even though they are super-rich and decadent.

Not for everyone but the perfect foodie combo for me and Reg.