You are here: Home / restaurant review / Coffee Date at Cafe Deux Soleils on The Drive in Vancouver 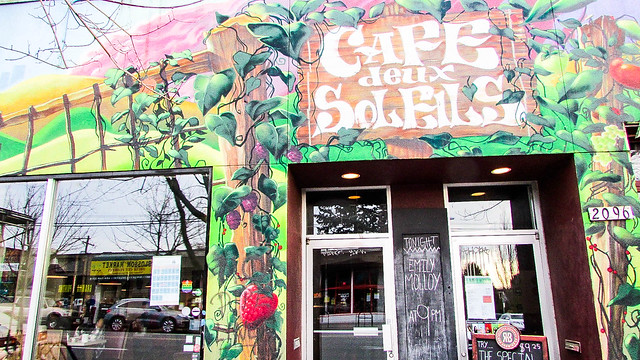 Last weekend we had the opportunity to go for a walk along The Drive on Commercial for a little window shopping followed by some coffee and a treat. Our intended plan was to end up at Cafe Deux Soleils at 2096 Commercial Drive in Vancouver, a place I have heard about a lot from Reg but I had yet to go. 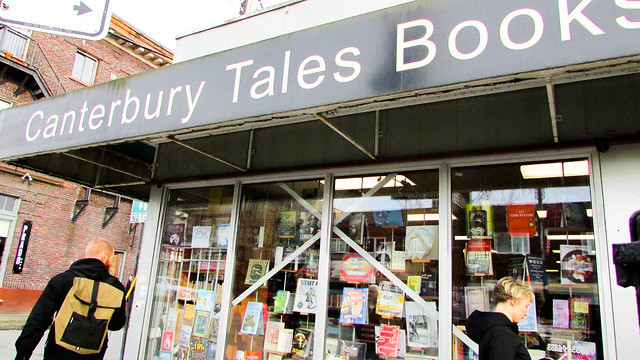 First we went into Canterbury Tales Bookstore at 2010 Commercial Drive where used books were 50% off and new books were 30% off. 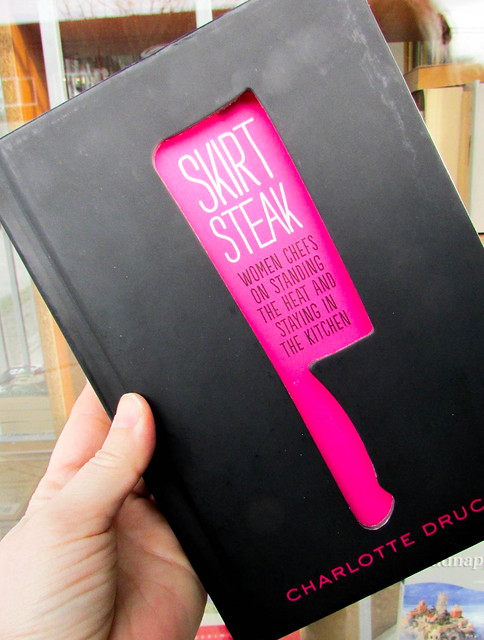 I ended up buying Skirt Steak: Women Chefs on Standing the Heat and Staying in the Kitchen for just $12.50. I love this bookstore! The woman who runs it was super friendly and there was such a good variety to choose from. 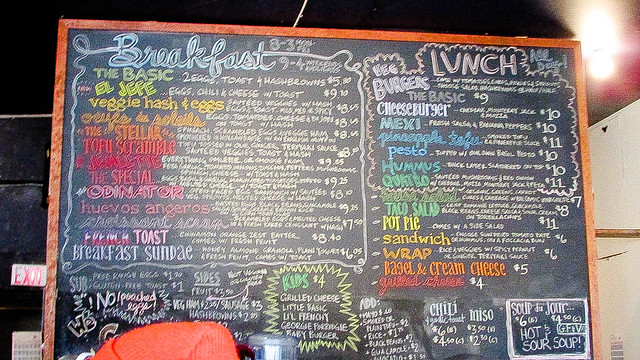 We did some more walking and then came back to Cafe Deux Soleils. It was not what I expected. This was a place to EAT! With a French name (yes, a play on words but still, a name that was in French) I thought there would be pastries to choose from but for the most part, this is a place to do some serious eating. Which, usually, would not be a problem for me. 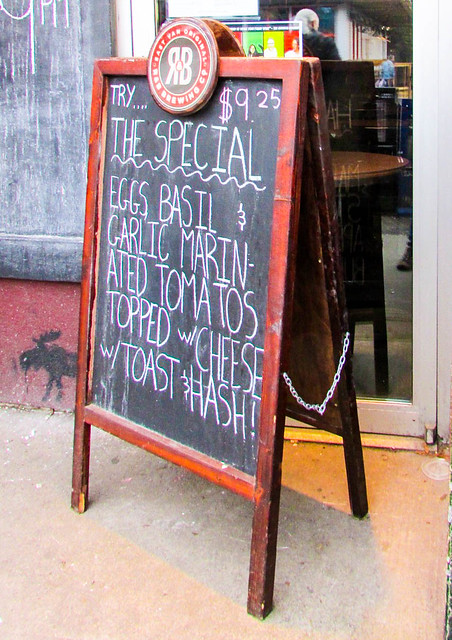 We did some more walking up The Drive and and so many places were so packed, and did not have a lot of pastries either (but a lot of gluten-free cookies…!!!), we went back. 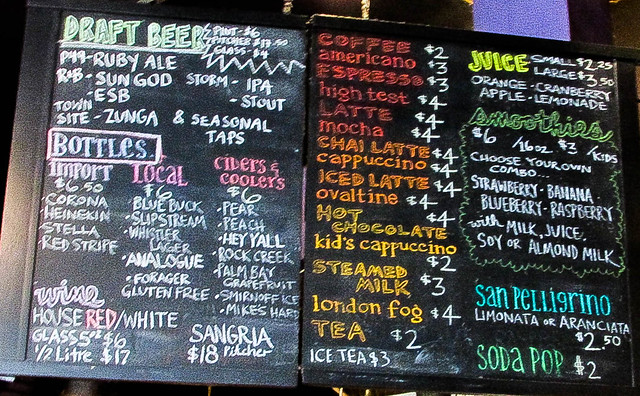 I decided to forego eating and focus on the drinking. Reg pointed out you can even get an Ovaltine there! I settled on a decaf mocha and Reg got a regular hot coffee. Rare to find no-fancy-pants coffee these days. 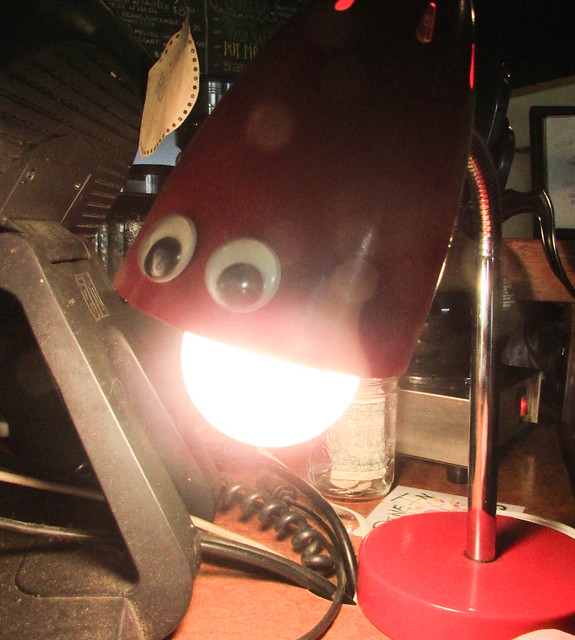 To say Cafe Deux Soleils has character is an understatement. I can see why Reg loves it here. 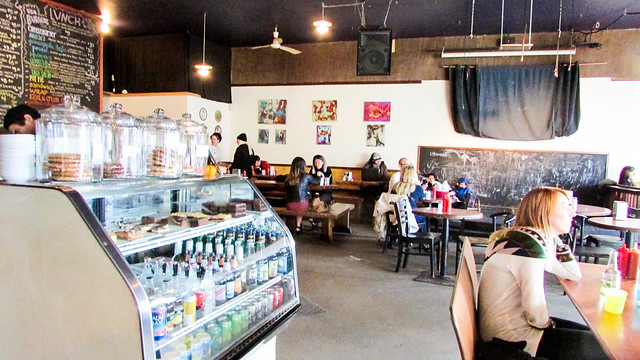 It is quite large and was packed with people, but it has so much seating you can probably find a place to sit. There were kids running around on top of the stage that is used for music performances by local musicians at night and lots of chatter going on around us. 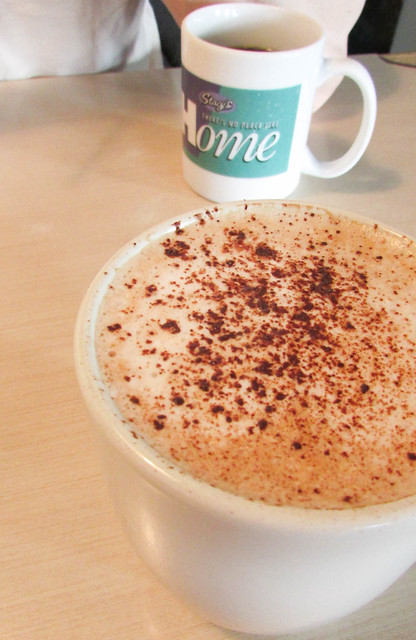 My decaf mocha was excellent. Not super strong so I knew I would not have migraines the next few days which was awesome. It was a perfect little treat on a dark Saturday afternoon while going out on a budget. 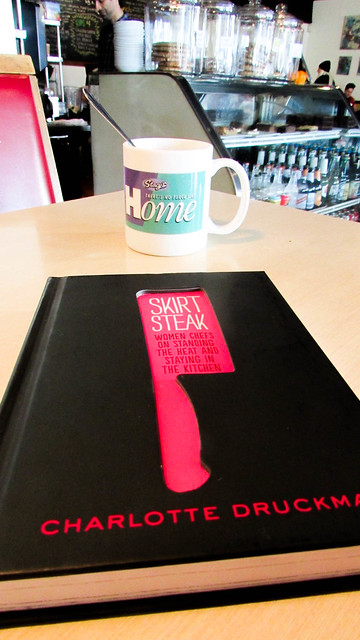 Looking forward to doing a book review of Skirt Steak and this is the kind of place where you can sit with a book, drink your coffee and hang out for the afternoon. 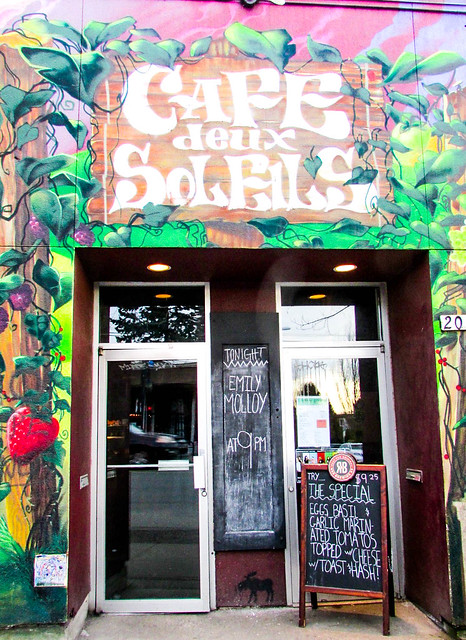 I misunderstood Cafe Deux Soleils. I knew it was going to be a little hipster but I thought there would be a French pastry vibe and boy, was I wrong. Still, the people who work there are super nice and helpful. If you do not mind a noisier place to go with some chaos going on around you (but in a good way) this is the place to go. It is open, welcoming, a little rowdy and very much alive.

I give this cafe experience four out of five wooden spoons.