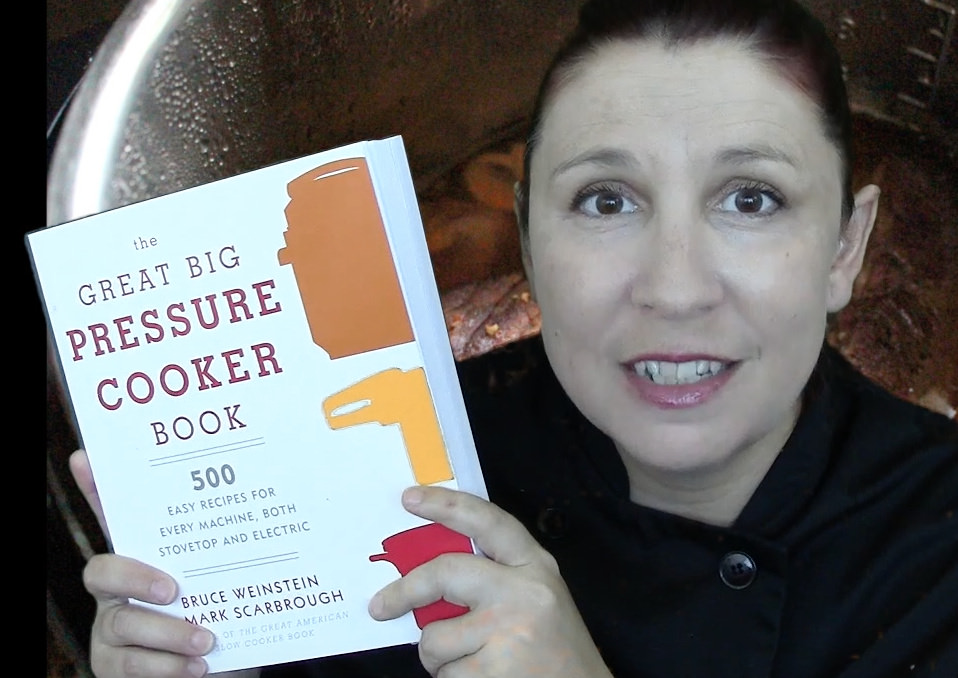 As an owner of an Instant Pot pressure cooker, I am so glad I requested a copy of The Great Big Pressure Cooker Book: 500 Easy Recipes for Every Machine, Both Stovetop and Electric from authors Bruce Weinstein and Mark Scarborough. I now feel so much more confident when I use my Instant Pot! Not that you need an Instant Pot to get a ton out of this cookbook. They cover both stovetop and electric pressure cookers.

Here is the video review and I used a green screen! Which is very cool but also resulted in my teeth sometimes looking like I have lipstick smeared all over them, LOL. Oh well, live and learn! 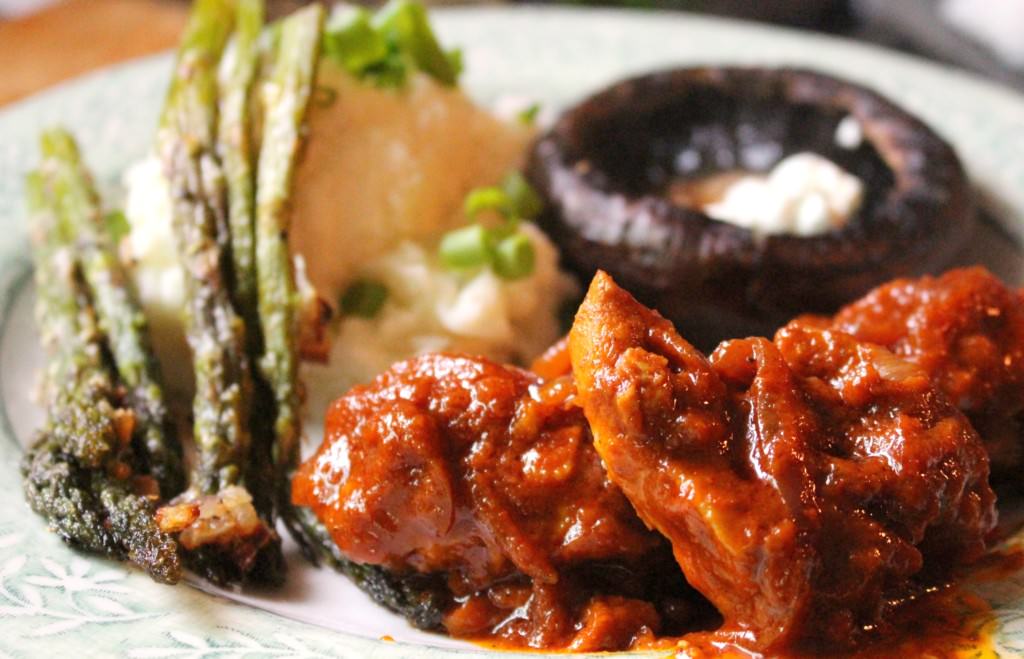 It all began with their Smoky Red Curry Chicken Thighs which were so tender and delicious. The recipes in general are easy-to-read and the cookbook itself is extremely text-focused.

There are some photographs in the middle of the cookbook but to be honest, I did not realize they were even there until I had made a recipe or two. This is not a pictorial cookbook. It is a cookbook PACKED with recipe ideas. 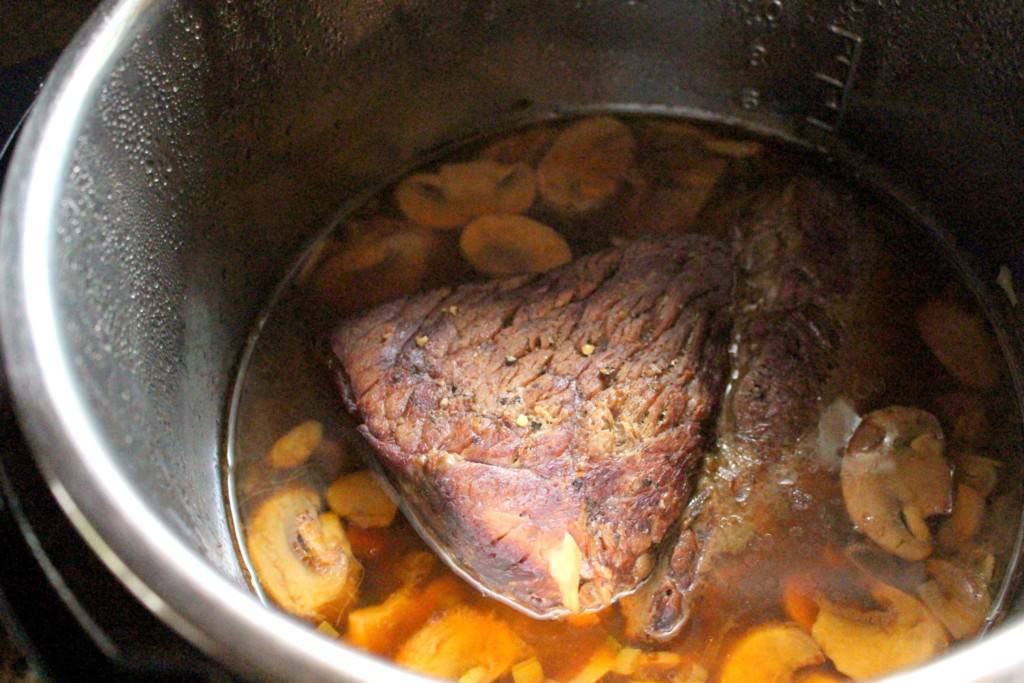 My one disappointment was the Old School Swiss Steak with Mushroom Gravy because the gravy came out so thin but I knew how to thicken it and get it to where I needed it to be. The meat was tender and delicious and we enjoyed it for days! 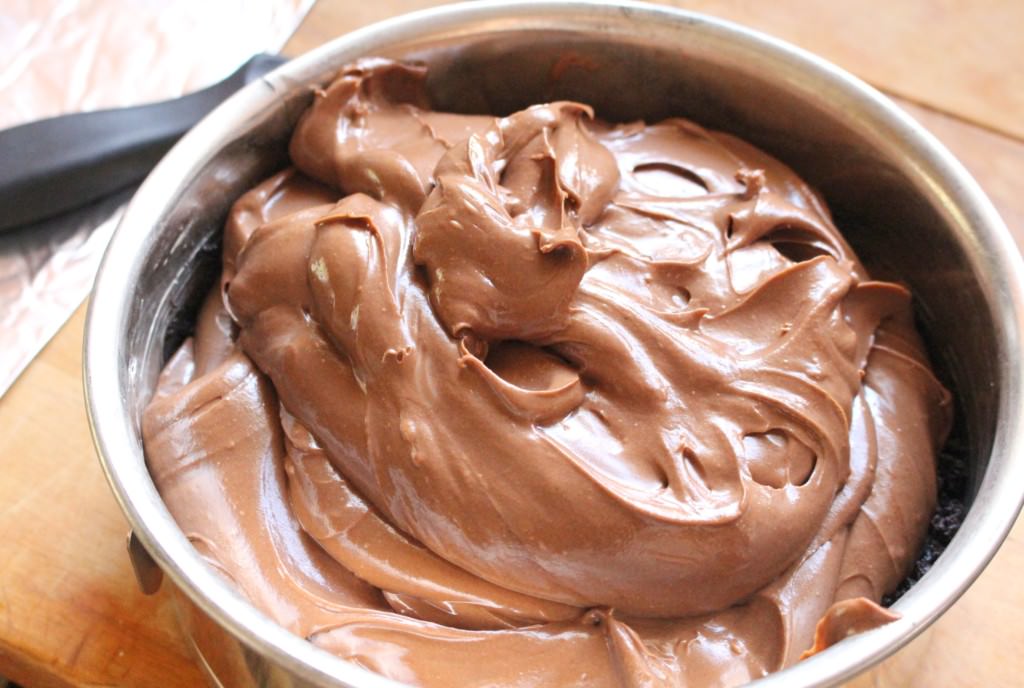 Things got really exciting when I made a Chocolate Cheesecake in the pressure cooker. Until I got this cookbook I had no idea you could do such a thing! I keep thinking of a pressure cooker like a microwave but you can put metal inside!

If you are lucky enough to find a springform pan that will fit, you will be able to make this stunningly delicious cheesecake in no time. 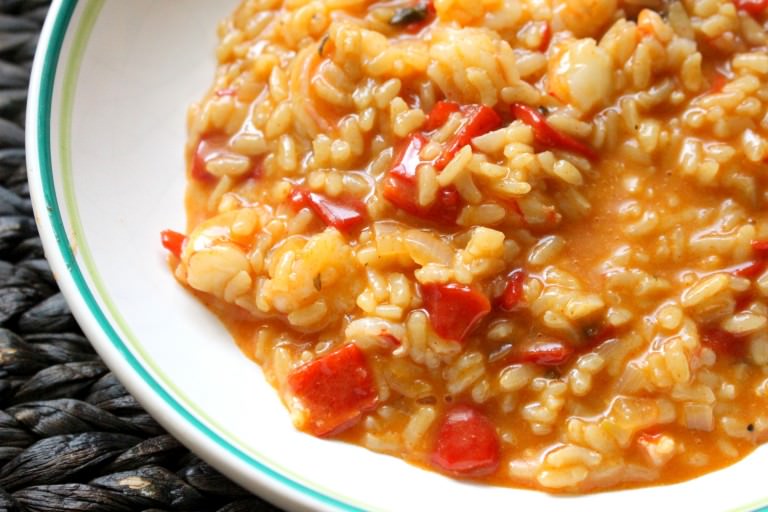 When I discovered you can make risotto in the pressure cooker, I thought my head would explode. I was defeated by risotto once and the idea of being able to let it just cook in the pressure cooker and walk away blew my mind. Sure enough, that is exactly what happened with the Shrimp Risotto and it was restaurant quality without all the effort. I could not believe it.

There are some recipes in The Great Big Pressure Cooker Book I was wary of because it would include things like dried currants and sometimes less traditional flavours. Now I trust Bruce and Mark so much I am going to get even more adventurous with flavours in the pressure cooker. The cookbook says that it is $25 in the U.S. and $30 in Canada and it is well worth the money. No, not a ton of pretty photos but there are +5oo recipes! That is what counts and I loved all of the ones I tried.

If you are looking for a big resource of ideas and techniques to use with your pressure cooker, The Great Big Pressure Cooker Book is the cookbook you have been looking for. I have zero complaints and it has become one of the most important cookbooks in my collection.

I give it a rare five out of five wooden spoons.