Saturday January 19th is National Popcorn Day! What better way to celebrate this wintry weekend than watch movies at home with your own flavoured popcorn? Pig out on flavoured popcorn that isn’t going to bust your arteries! 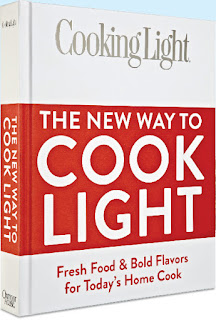 This recipe comes from Cooking Light The New Way to Cook Light: Fresh Food Bold Flavors for Today’s Home Cook. It showed up in my inbox and sounded like the perfect less-guilty snack so I gave it a shot! Heat 2 tbsp of canola oil in a large Dutch oven over medium-high heat. You really can not scrimp here, otherwise you could ruin your pan. (Ahem, I speak from experience.) Or you could use an air popper popcorn maker I suppose? In a medium sauce pan add 2/3 cup packed brown sugar, 2 tbsp butter and 2/3 cup light corn syrup. As you can see from the photo, I used regular corn syrup. I knew this meant I would have to be extra vigilant while it bubbled away. Bring to a boil. Cook for 3 minutes, stirring occasionally. In about 2 minutes I could smell that burning sugar smell so I got to work. I quickly stirred in the peanut butter and vanilla. Oh that was close! But was all good. Nice and creamy. I did not have 1/2 cup sliced almonds so I chopped some up and added them to the popcorn. Then I slathered the popcorn with the peanut butter caramel goo. It took a while but I stirred to coat all the popcorn. It may not seem like a lot but this makes a lot of popcorn! Which you put on a parchment-lined baking sheet and put in a preheated 250F oven for an hour. Every 15 minutes you take it out and move it around. The recipe says to stir but it is so sticky… just do your best. This was the most annoying part of the recipe because it was a little challenging but definitely doable. Cool completely. This was absolutely delicious! Not as peanut-buttery as I would have thought but really added depth to the caramel. The additional crunch of the almonds was quite nice. Overall? It is a good thing that it is kind of low in saturated fat because it is totally addicting.

This recipes make enough for 20 people and we snacked on it for days. Every time Reg came in the kitchen he would eat some. Me too, especially while I was cooking. Last night I had what was left for dinner because I wasn’t feeling very well. All that popcorn did not even make it to the weekend!

Reg asked me about the rating I would give it. He was shocked when I said four and a half out of five wooden spoons. My one complaint is unpopped corn kernels are in there and I have broken my teeth before so coming across those hard bits scared me. Next time I will remove them after the popping so I can give this recipe five out of five.

Have a great popcorn weekend everyone! Oh and here are the nutritional stats: