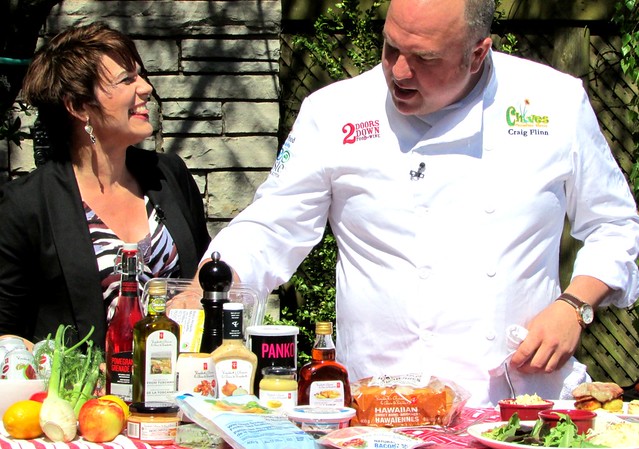 President’s Choice asked local chef Craig Flinn of Chives Canadian Bistro to develop a burger recipe to represent Atlantic Canada. He created the “Fog Buster” Scallop Bacon Burger. He was also invited to do a live to tape demo cooking the burger on CTV Morning Live with Heidi Petracek.

Lucky me, I was invited to attend the shoot and was sponsored to take the final foodie photos. 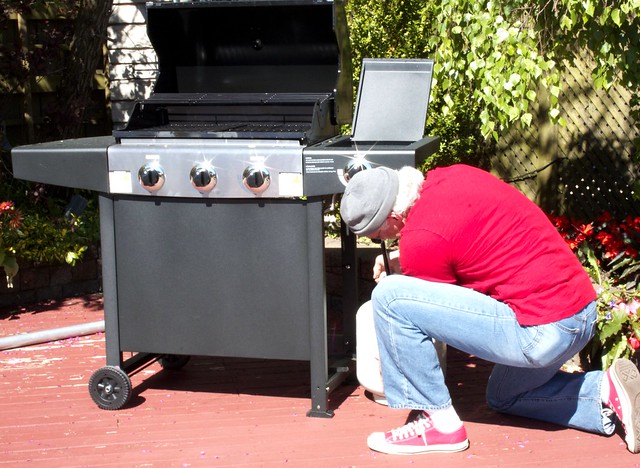 Reg came to not only be my sherpa but also help out with carrying heavy equipment like the propane tank for the barbecue. 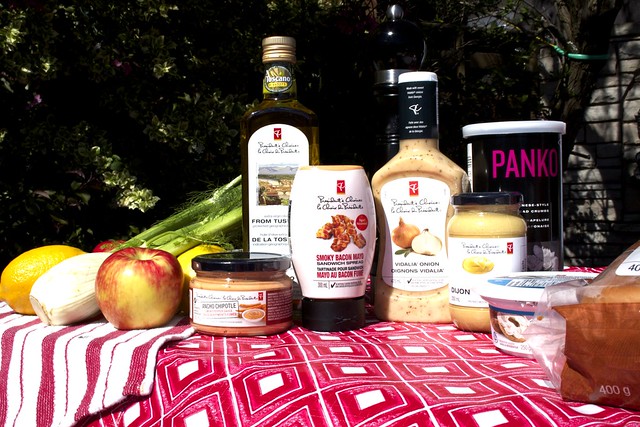 All the President’s Choice products were there ready to be used for the most amazing burger. 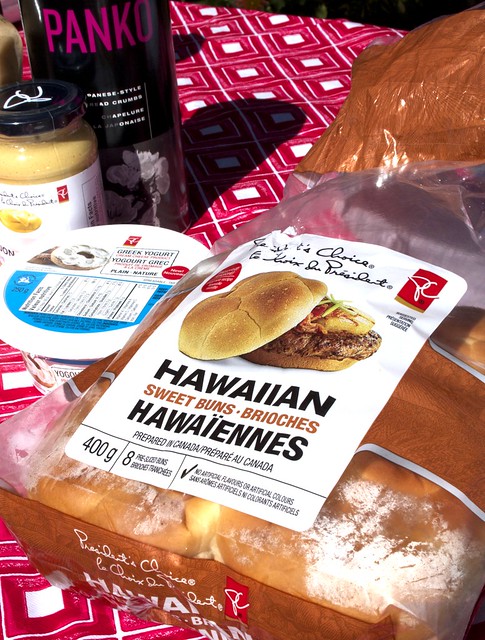 I still can not get over those PC Hawaiian Sweet Buns, so good! 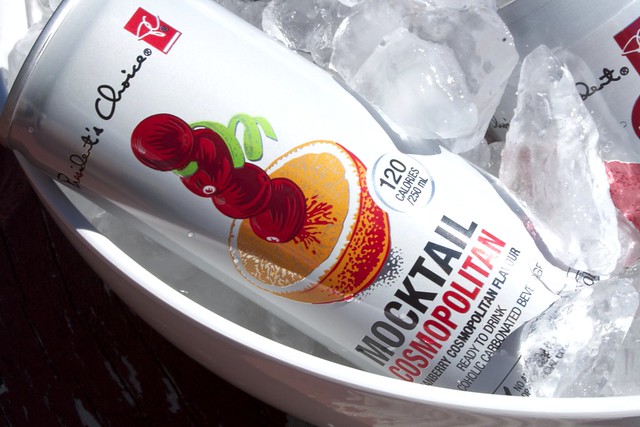 Chef Craig Flinn also prepared food for the crew and there was lots of PC Cranberry Cosmopolitan Flavour Mocktail to indulge in after the shoot. 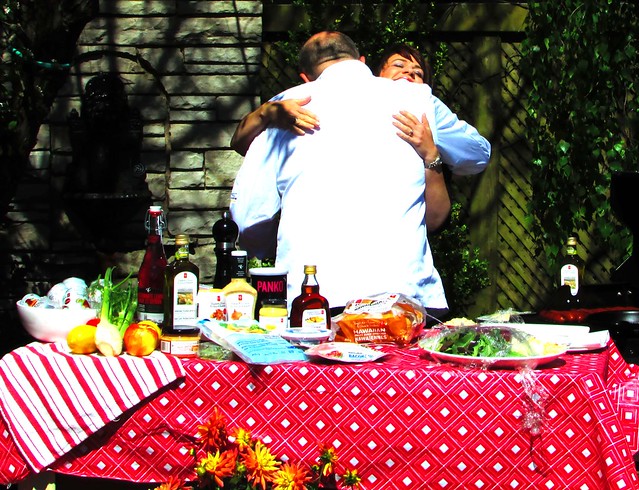 After the pre-food prep had been done by Craig Flinn, host Heidi Petracek appeared. It was clear that they get along great and have worked together on the show before. 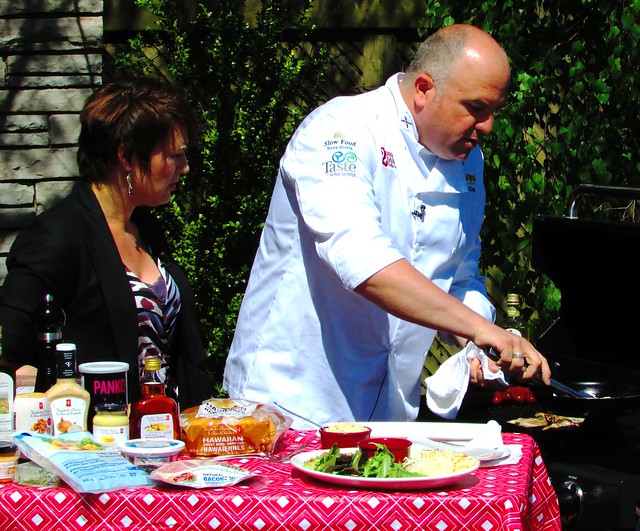 For me, as the shoot began it was so exciting to see the burger I had made the other day come to life right in front of me! By the chef himself. 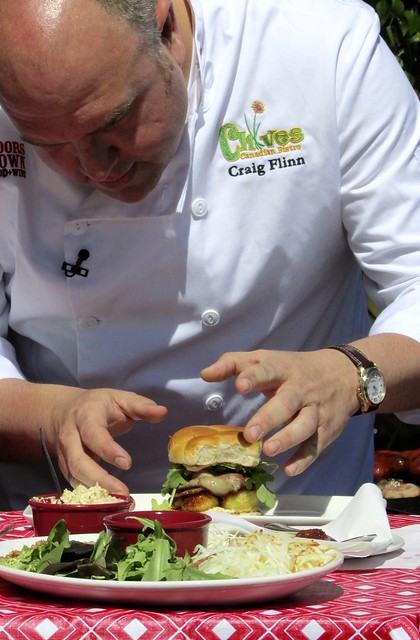 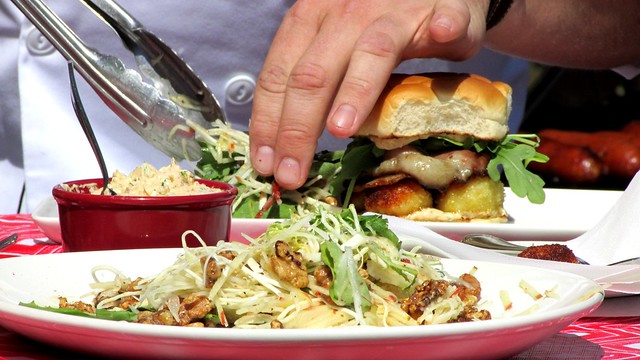 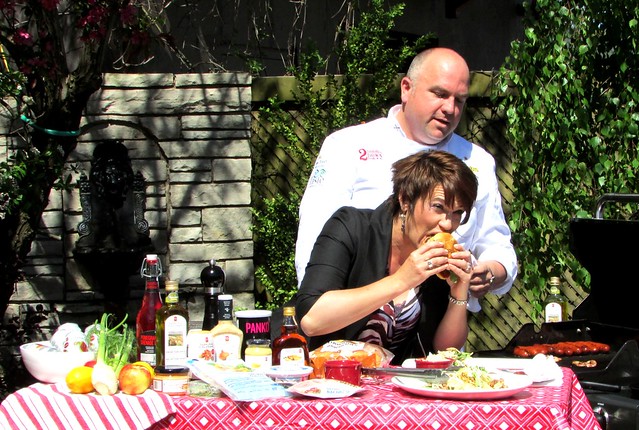 The only moment I wish I could take back is despite being warned, when I saw CTV Morning Live host Heidi Petracek take a small bite, I let out a gasp! I could not help it. That was the sandwich I was supposed to photograph! Luckily Reg grabbed my arm so I quickly shut my damn mouth and I remembered that this was supposed to happen.

But I was protecting the food people! Damn it.

By the time my photoshoot with the food was done, everyone and all the food and drink were gone. The cast and crew swooped down and engulfed everything which is awesome. They were so sweet and helpful, I am glad they were fed well. I have been on a couple of shoots before but not one was as friendly and open as CTV Morning Live. 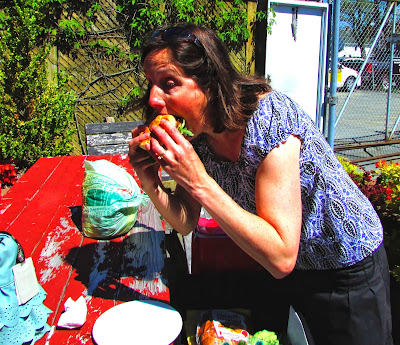 Thank you President’s Choice and Margaret in particular for this opportunity! And Margaret, I had to share this photo of you enjoying the “Fog Buster” Scallop Bacon Burger from the shoot. I adore working with you and you are so great at your job!

What an awesome day! It was an honour.