You are here: Home / product reviews / Doritos Inferno Chips & A Trip Into A Volcano

The following is a sponsored post for Doritos but the opinions, as always, are 100% mine! 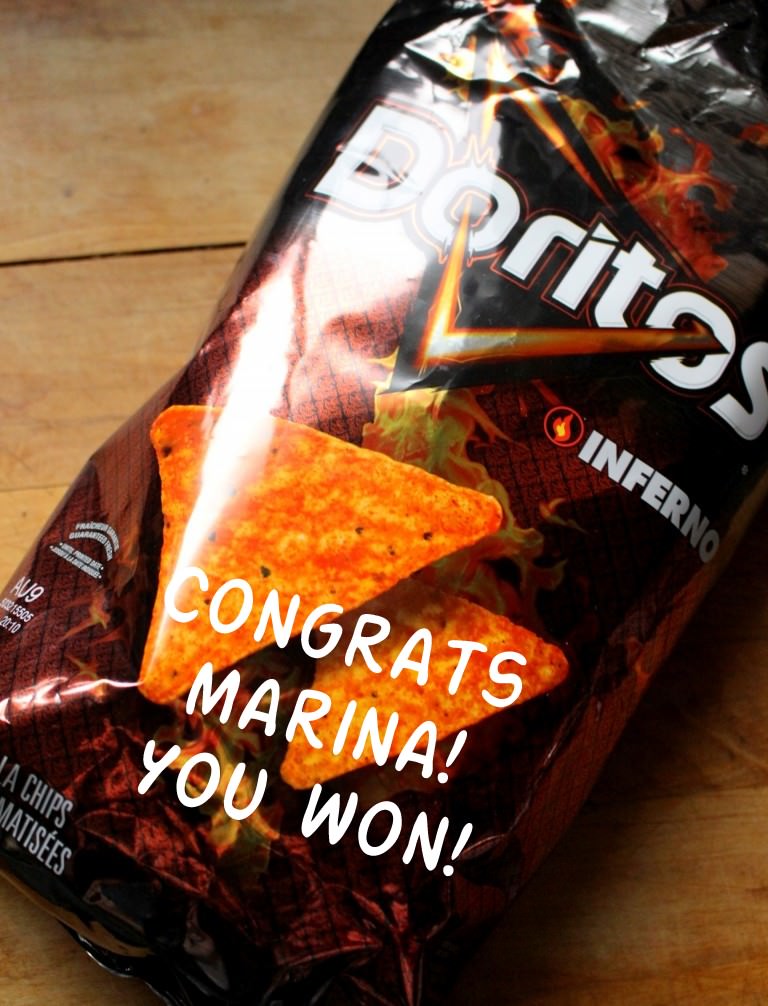 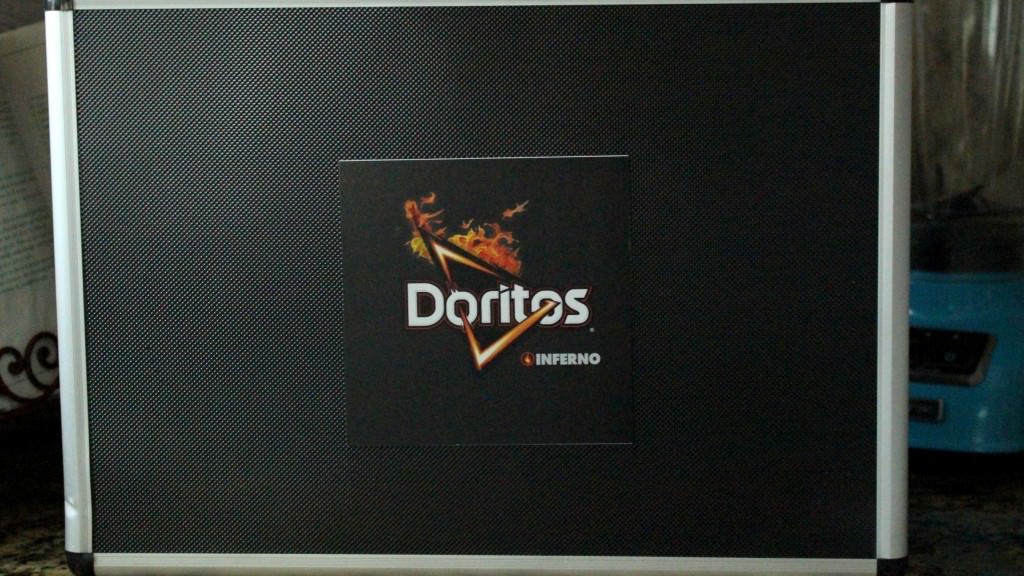 I received one of the COOLEST mystery packages from Doritos! I got a #DontFearTheHeat Adventure Kit when I agreed to be a part of the Doritos Inferno 360 inferno volcano video campaign.

It all started with the unboxing video! Reg joined me for the foodie adventure, as he can handle heat way more than I can. 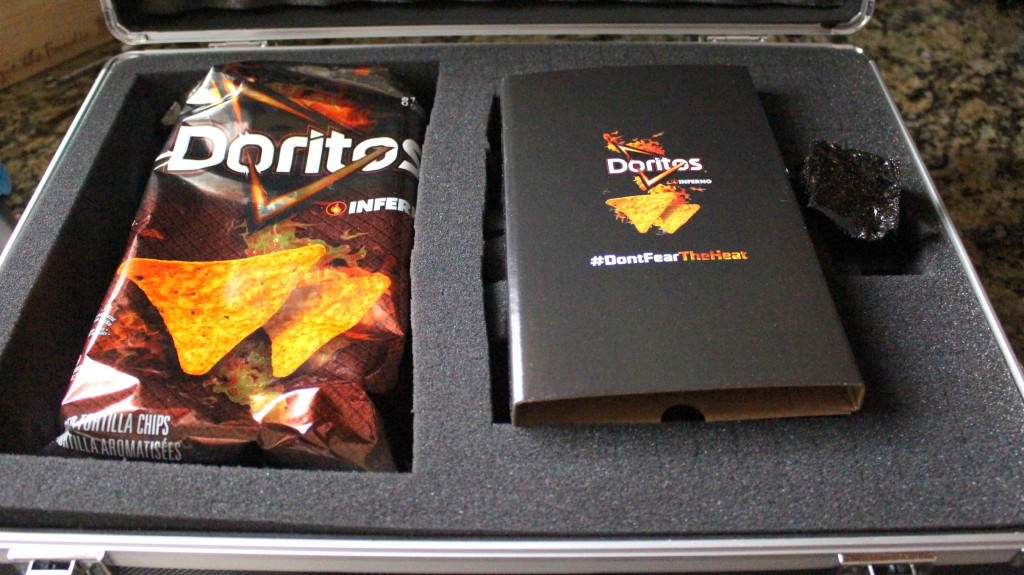 Did they know it was my dream to be a spy since I was a little girl?! Check out this spy-like briefcase!

Not only did I get the Doritos Inferno Tortilla Chips, I got a Google Carboard Headset and a big piece of volcanic rock.

Why? Because Doritos partnered up with adventurer Ulla Lohmann who took this this 360 footage of the volcano Ambrym in Vanuatu. Did you know that more people have stepped foot on the moon than have journeyed to the fiery depths of the lava-filled Ambrym volcano in Vanuatu? 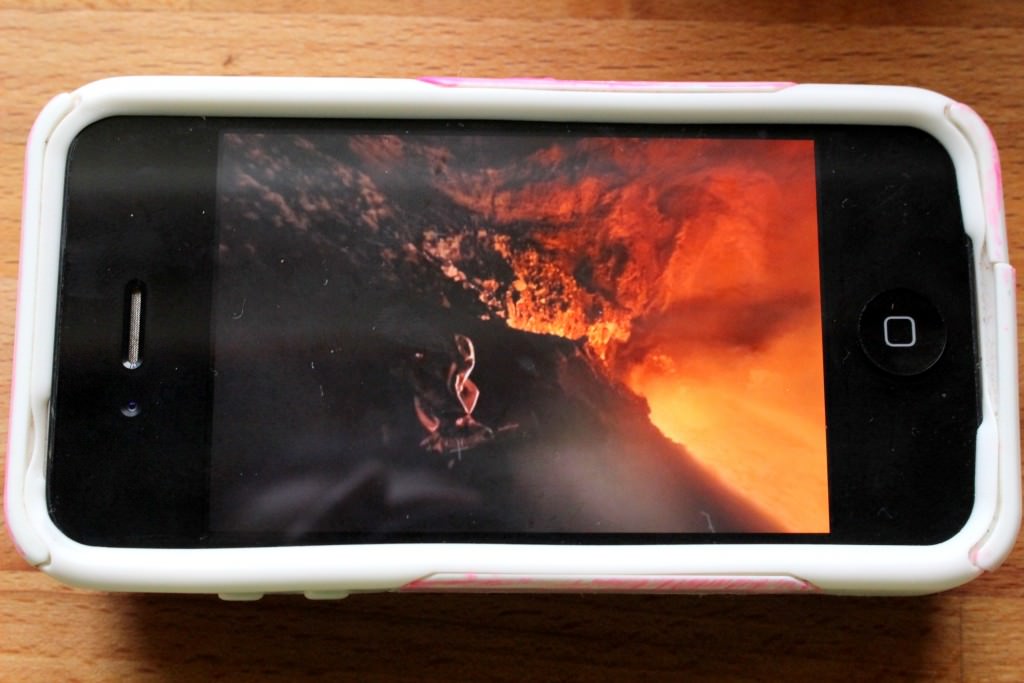 To get the REAL 360 experience, you’ll need to watch the video with the YouTube app. So cool! You can pan around and check out the whole area. It seriously reminds me of being on the moon, if the moon had a big pit of lava on it. 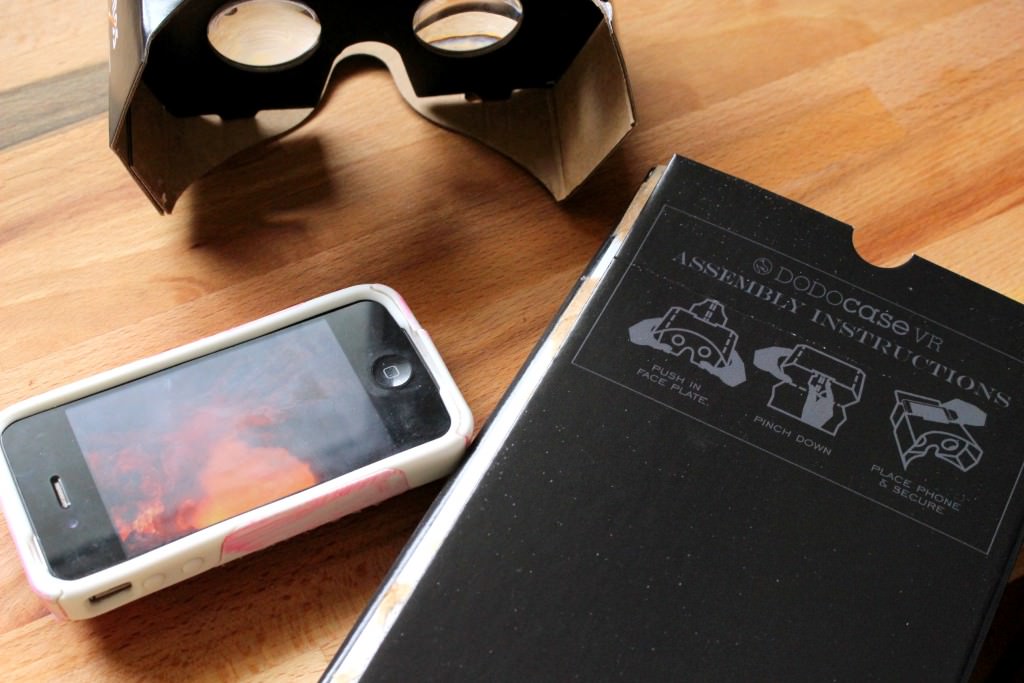 I tried to use the Google Carboard Headset but I could not figure it out exactly so Reg helped me and we got it to work. Very cool! Not to worry if you do not have a headset. The app really does give you the 360 experience.

Into The Foodie Volcano 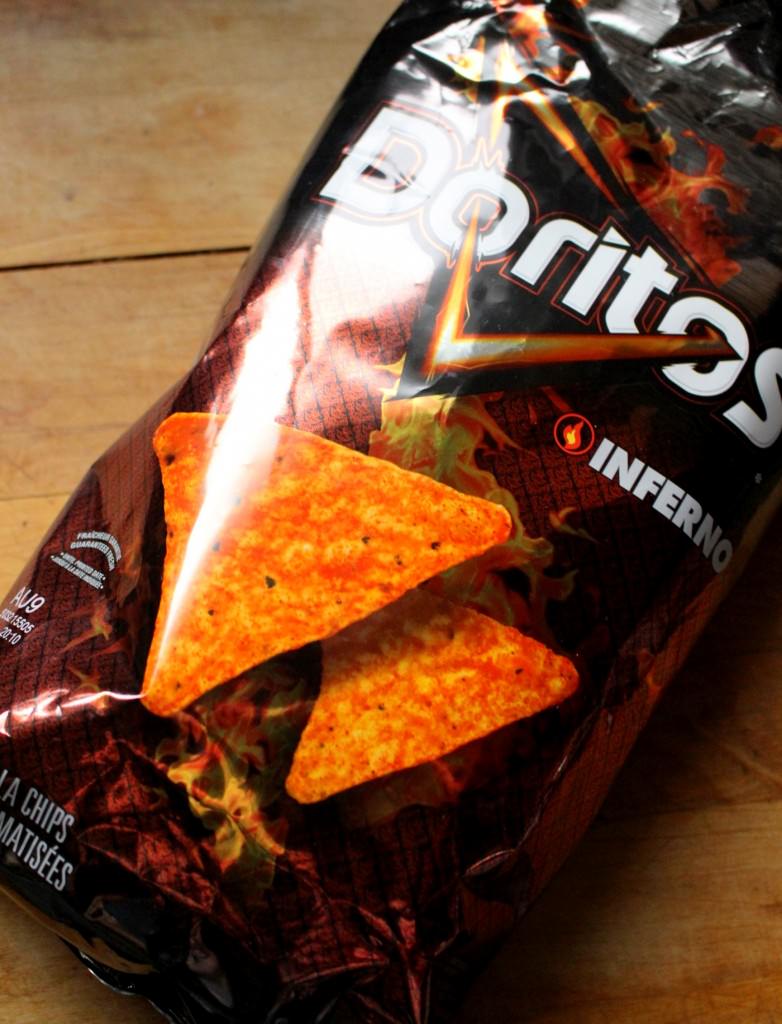 So THIS female foodie adventurer took on the challenge of trying the Doritos INFERNO tortilla chips.

If you watch my video you can see how excited we were just at the colour of the chips. They are seriously COATED! 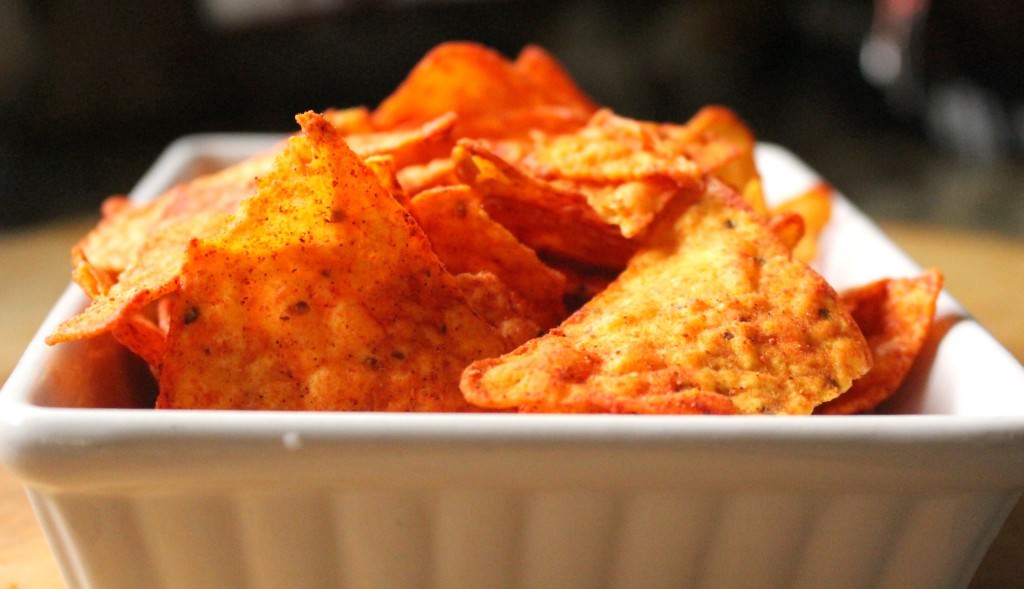 I tried the first one with Reg with some trepidation. You know I am a wimp when it comes to spice so I was quite, well, scared. It was not too bad at first. In fact the first thing I really noticed was that wonderful Doritos cheesy flavour. But then… came the heat. 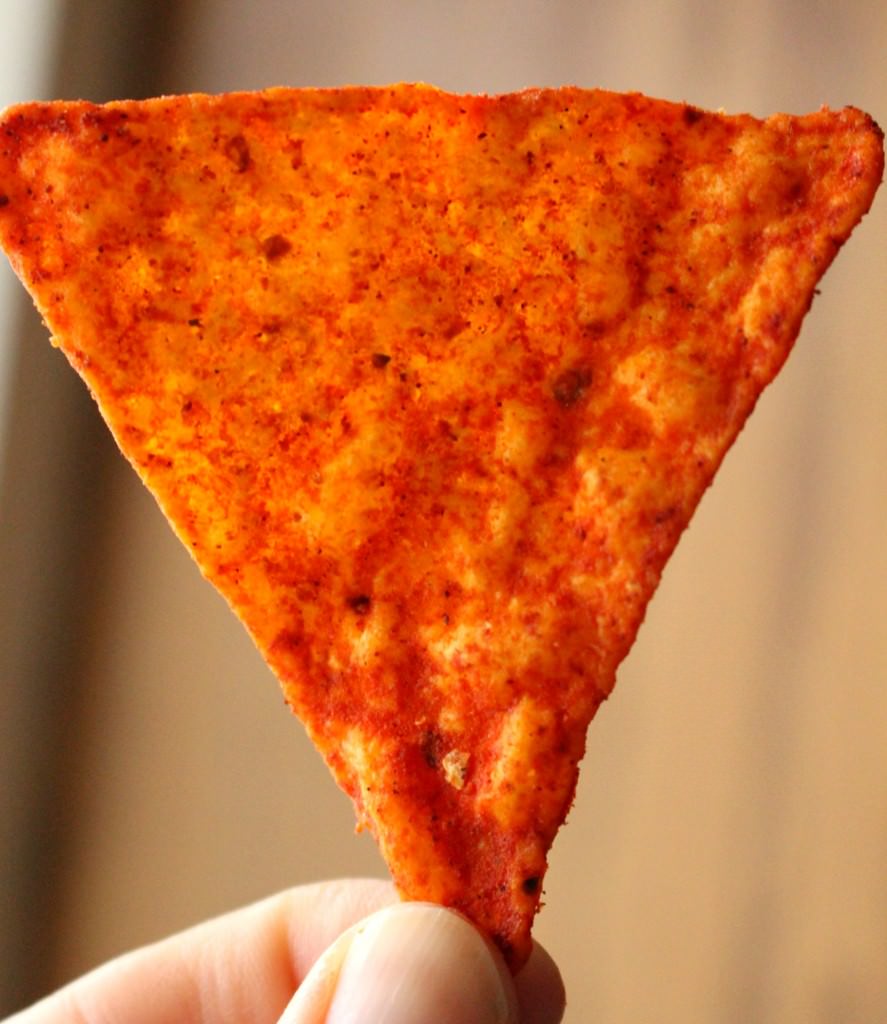 It kind of rolled over my tongue slowly and then gave ME quite a bite. However, it was not a painful experience. Which was a relief. I must be getting tougher! The hard part was having more than a few, as the heat became quite cumulative, if not exponential. My tummy said no more around the same time my tongue told me, I have had it!

That said, Reg could not stop eating them. He LOVED them! In fact I had to tear them away from him Friday night. I was worried he would get a stomach ache. As the night progressed, we both dove back into them once again. It took about 15 minutes for the burn to dissipate and it was not a horrible burn but a tasty one.

I may not get to travel to volcanos like Ulla Lohmann but I am proud that I jumped into this particular foodie volcano quite triumphantly. I really thought the chips would be hotter. Yet, the more I ate, the more scorching the experience got. I took it as long as I could which was about 20 chips in.

Tasty, fiery and fun… Thank you Doritos for such a fun foodie adventure!

Would you like to receive your own Doritos #DontFearTheHeat Adventure Kit? Contest is open to Canadians. Just leave a comment about your favourite spicy treat with your contact info to enter. Contest ends this Friday July 15th.