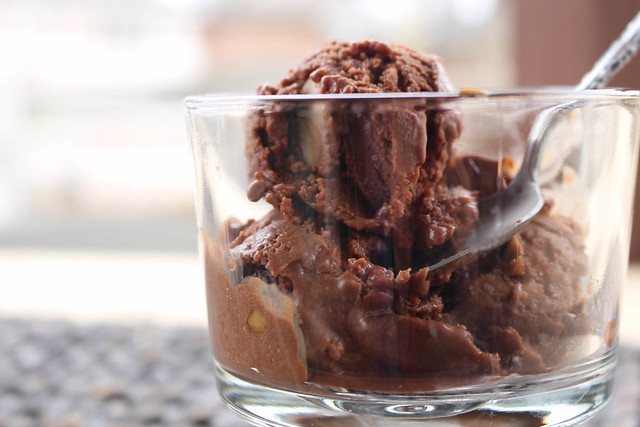 As I type this it is SNOWING outside my apartment in Vancouver damn it but it was feeling like spring last week when I made this double chocolate peanut butter ice cream recipe by Joy the Baker.

Imagine making chocolate ganache and chocolate pudding, mixing them together and then incorporating peanut butter into the mix resulting in a frozen Reese’s peanut butter cup. Yum!!! 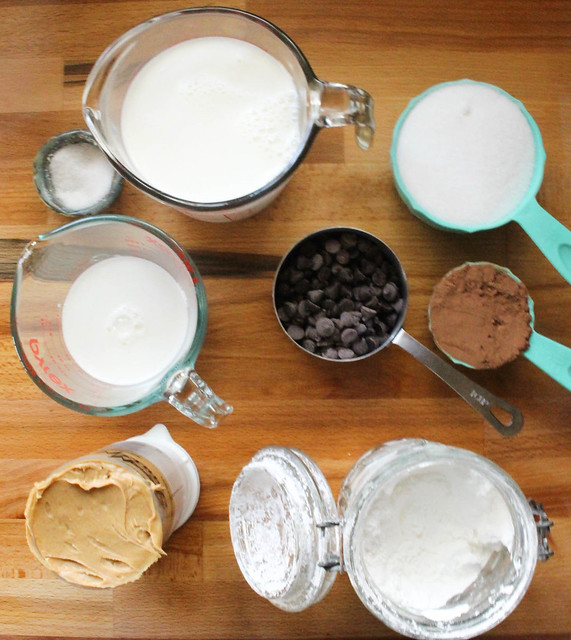 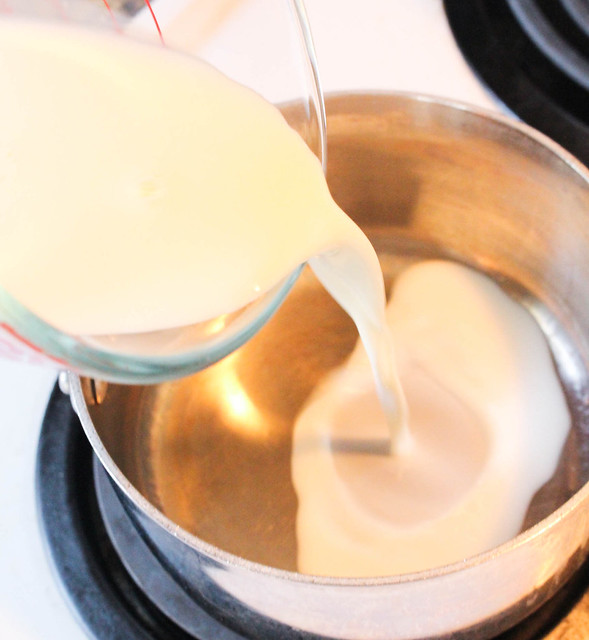 I found the recipe a little unorganized so try and think of it as making two warm chocolate sauces at the same time.

Heat the heavy cream in a small sauce pan until it is hot but do not let it boil over. 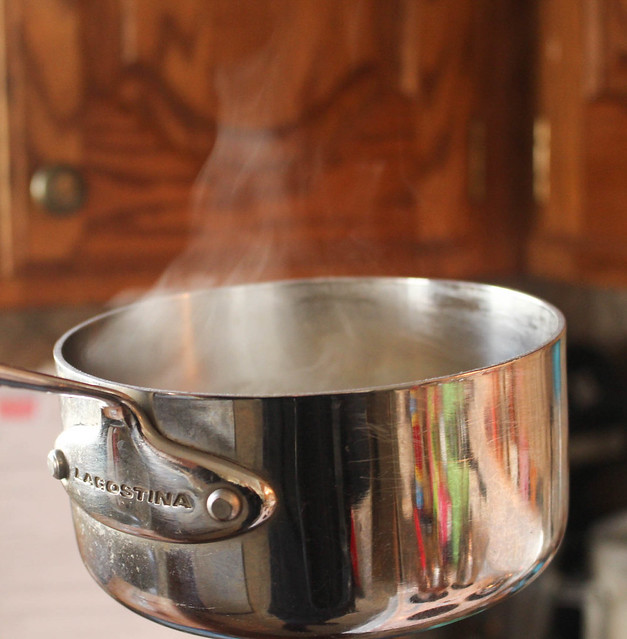 It is imperative to have the cream hot because it needs to be able to melt the chocolate. 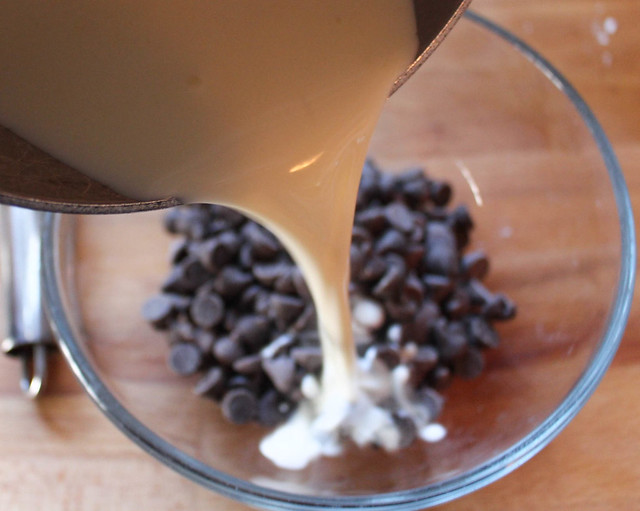 Pour over the chocolate chips, making sure they are all submerged under the cream for a minute. Then whisk starting from the centre out until the ganache is made. 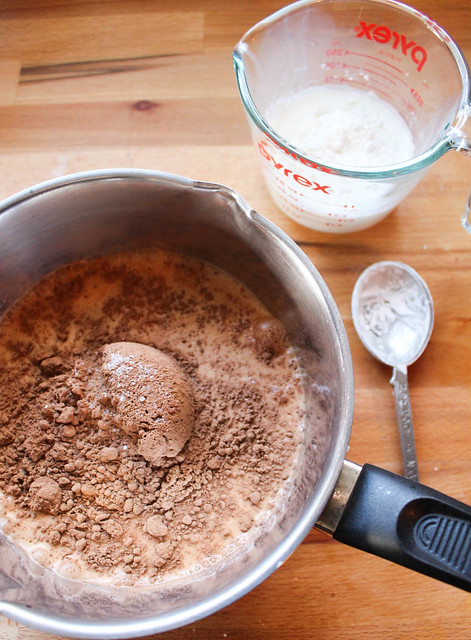 In a small bowl, stir together the remaining 1/2 cup of whole milk and the cornstarch. Stir until no lumps remain. 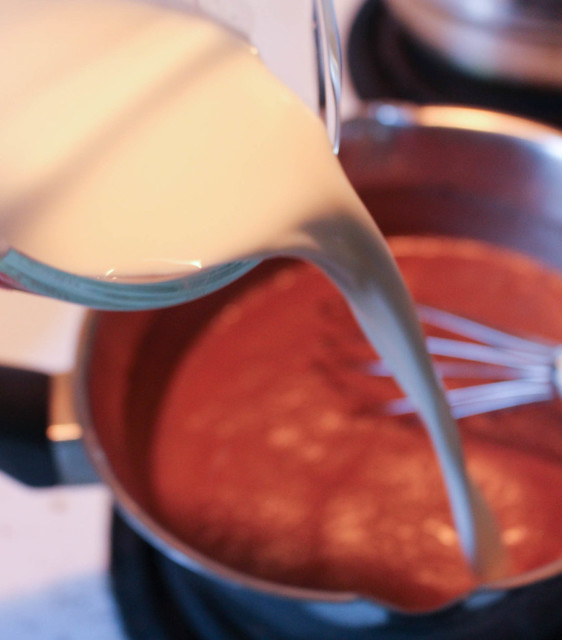 Heat until the milk starts to steam but before it starts to boil. Add the cornstarch mixture to the heated milk and chocolate mixture and bring to a low boil. 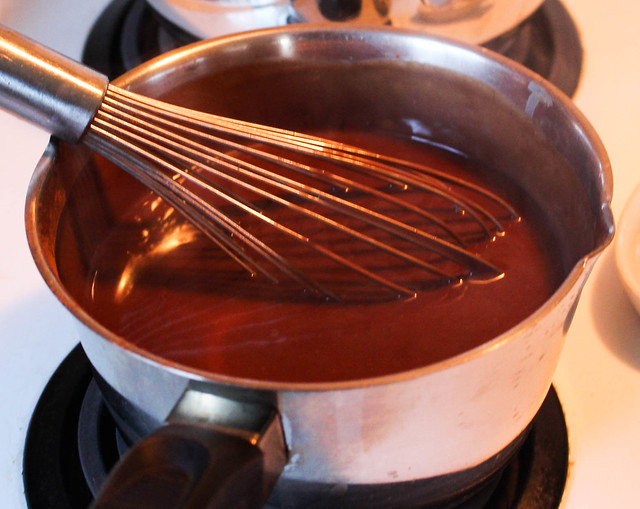 Boil until thickened. Remove from heat. Stir the cream and chocolate mixture into the cooling chocolate ice cream base. Place in a bowl, cover with plastic wrap and put in the fridge until cool. 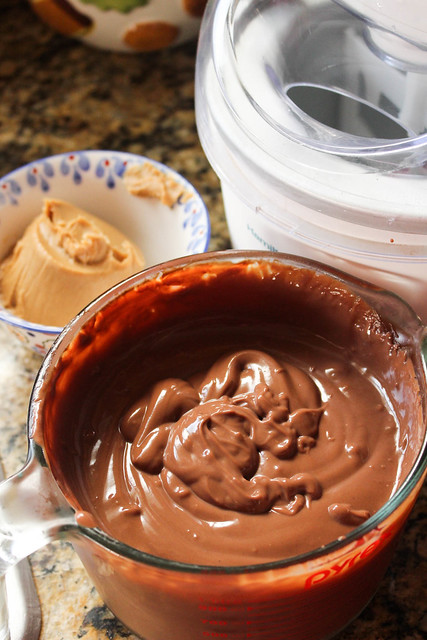 Once cooled, follow the manufacturer’s instructions on the ice cream maker to churn ice cream. 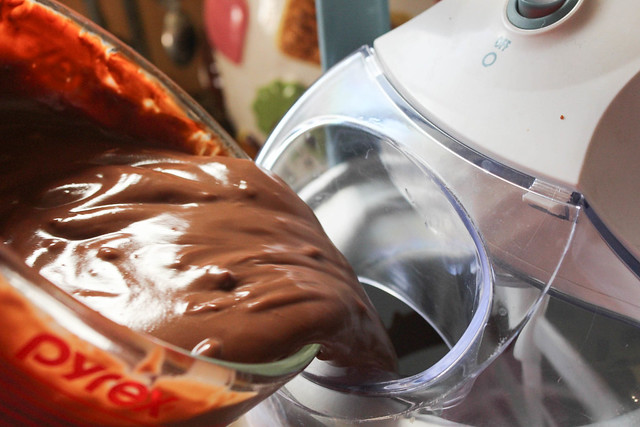 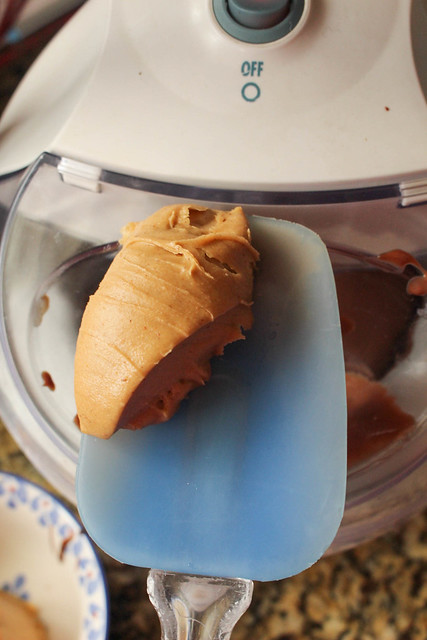 You are supposed to “drizzle in” 1/4 cup of peanut butter but, um, my peanut butter is way too thick so I just added it to the ice cream maker until just incorporated. Do not over mix! 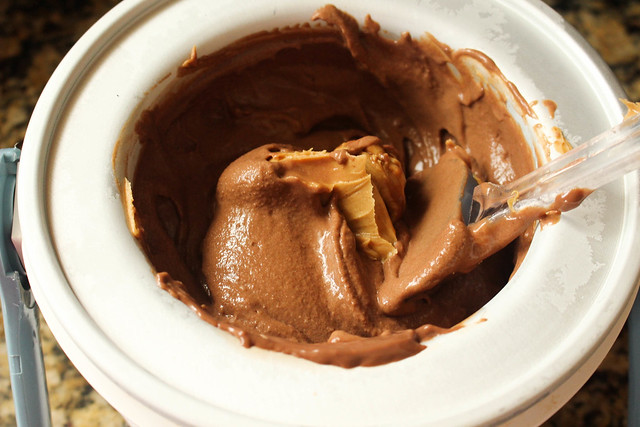 Then fold in the rest of the peanut butter. 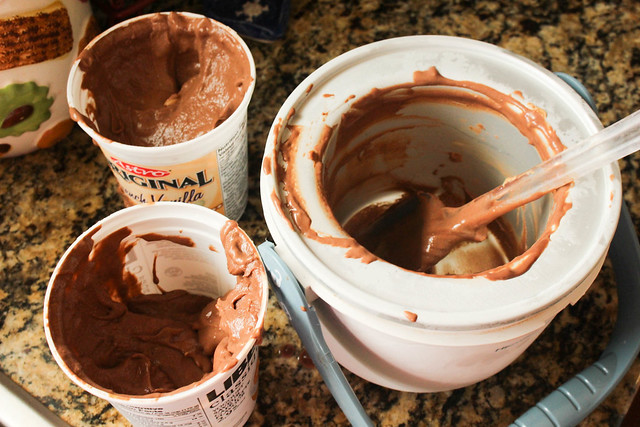 Transfer the ice cream into a freezer safe container, cover and freeze until solid. 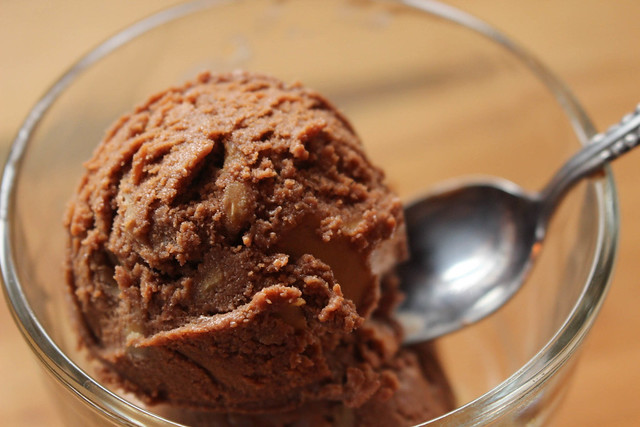 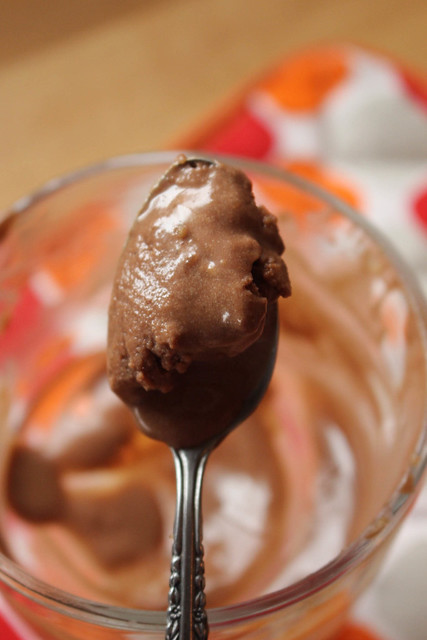 We have both thoroughly been enjoying this fantastic ice cream! I can see nothing wrong with this recipe so I give it five out of five wooden spoons. Ganache meets pudding with folded peanut butter is a genius way to make this decadent recipe.