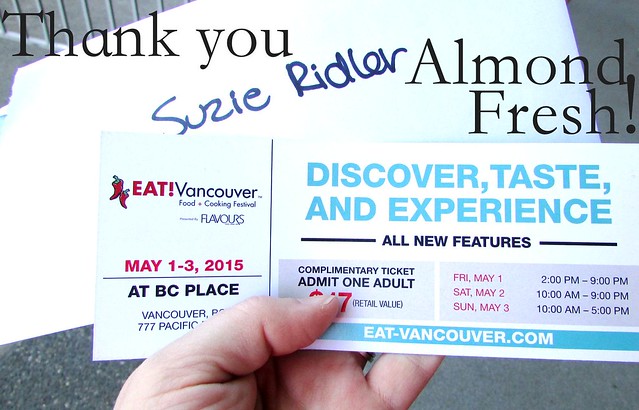 For the first time in a gazillion years I won something! I won a ticket to Eat! Vancouver thanks to Almond Fresh. I had been contemplating going but I was not sure and then I won the ticket via Facebook and realized foodie fate had intervened. I was going!

Here is a short highlight video complete with Anna Olson and Susur Lee! 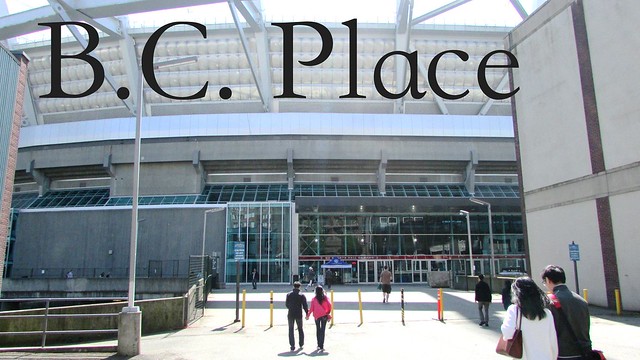 The event was held in downtown Vancouver at B.C. Place. 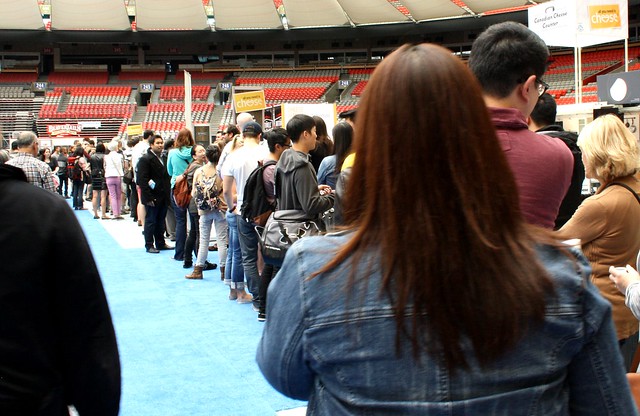 The first thing I saw was a HUGE line for free Canadian cheese! My instincts said, keep moving Suzie. 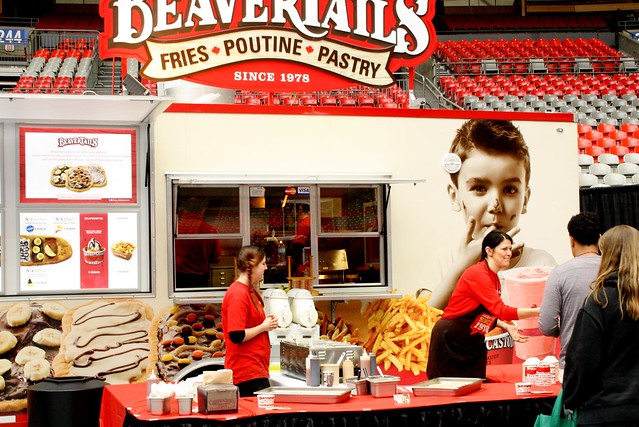 I smiled at the BeaverTails display and thought to myself, I haven’t had a Killaloe Sunrise in a very long time. 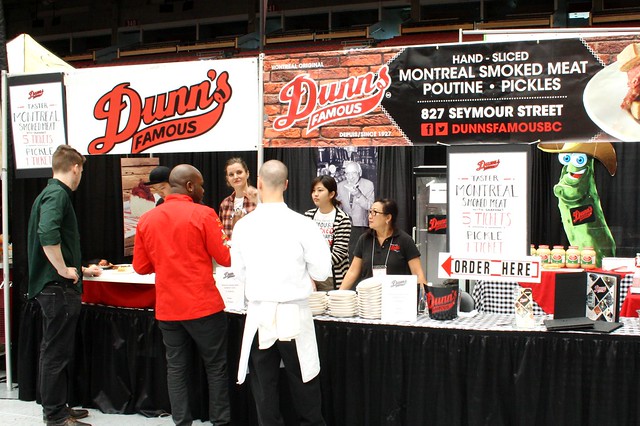 Dunn’s?! I had not had their smoked meat since I went to visit Montreal when I was still in high school!

But then I heard something. I heard a voice that was so familiar to me that my eyes popped wide and I started to hurry through the crowd to the food demo stage.

Anna Olson?!!! I mean, I knew she was going to be there but at the exact moment I showed up?

In just a short time she taught us so much about baking as she made her white chocolate black pepper scones. Watch the video for her teaching highlights: from fixing over-whipped whipping cream to broken beaten egg whites. She also showed how easy it was to make homemade artisanal butter! 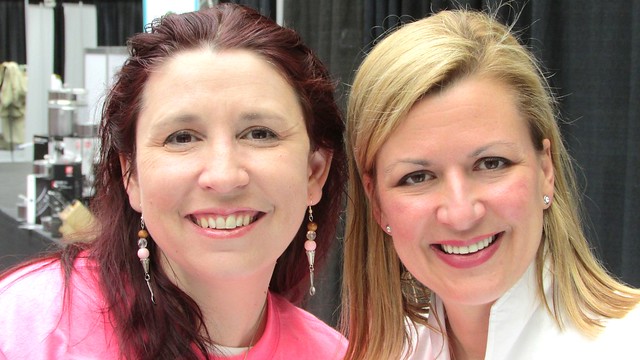 After the demo I patiently waited in line to meet Anna and had butterflies galore in my empty tummy. I greeted Anna and said, “Hi Anna, I am Suzie the Foodie!”

Anna’s flung her arms out and gave me a big hug! It was like a dream and she is seriously one of the nicest people in the world, just like on her show. Who says you should not meet your heroes? This was the highlight of my life!!! 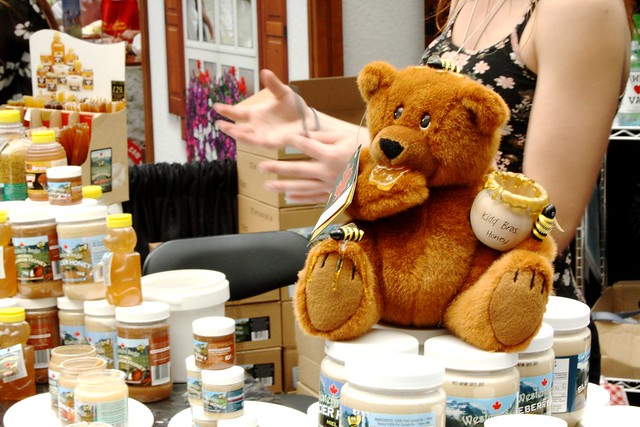 I sort of walked around in a daze after that. There were a ton of people so getting in to try samples was a bit of a challenge. 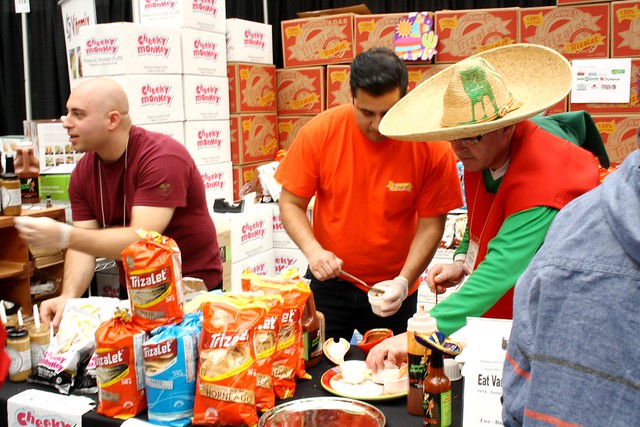 There were a lot of vendors on the floor trying to keep up with demand. 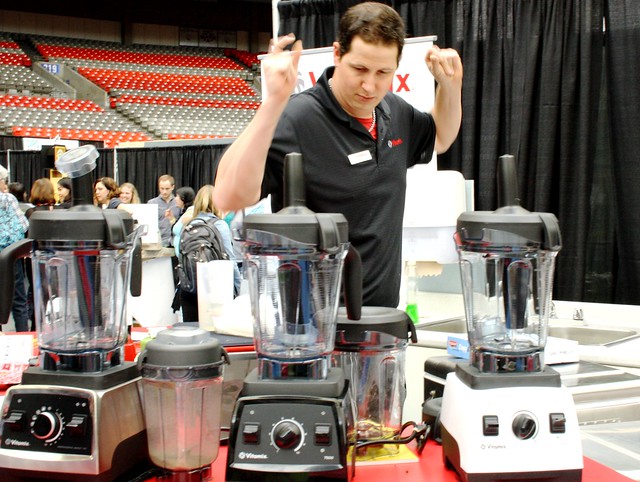 This Vitamix guy even did a little dance to prep for his demonstration. 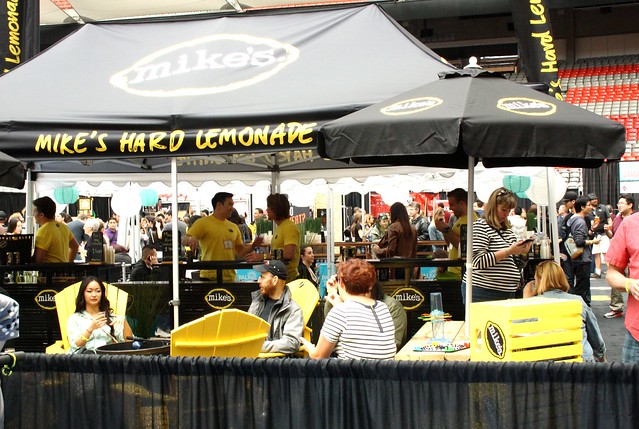 I noticed that there were not a lot of places that I could find to buy drinks to go with the samples and the meals being sold. There was however a large alcohol drinking area that had no appeal for me, someone who does not drink.

As a result, I was extremely thirsty during the event, to the point I was uncomfortable eating the food I purchased. 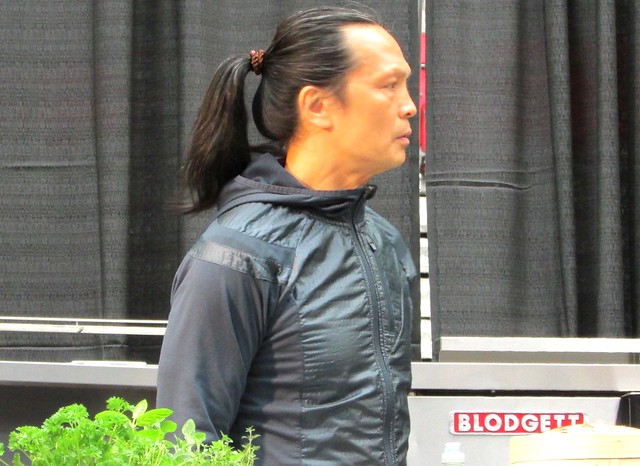 I was so amazed to see Susur Lee at Eat! Vancouver. He is such a culinary superstar, I never thought I would get to see him in person in my lifetime. 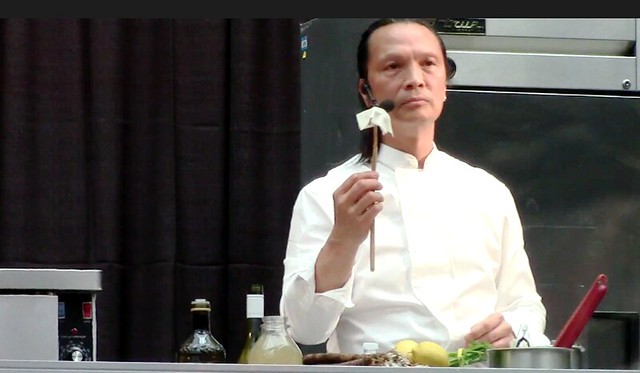 Susur showed up how to make Siu Mai and smash the heck out of the filling! 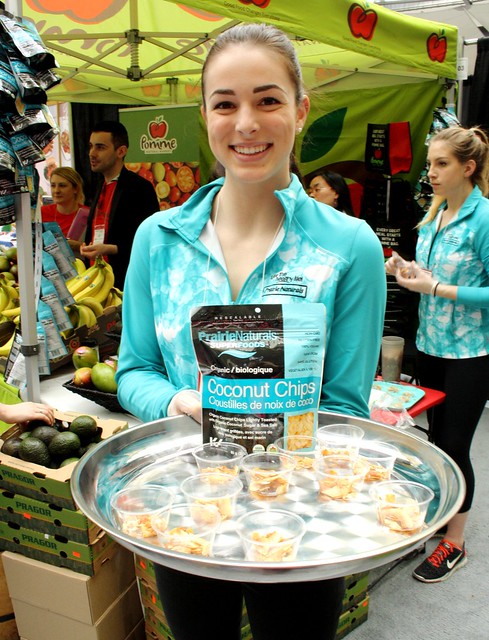 Prairie Naturals Coconut Chips were unbelievably delicious! So crunchy, a bit smoky from being cooked but sweet… LOVED them! 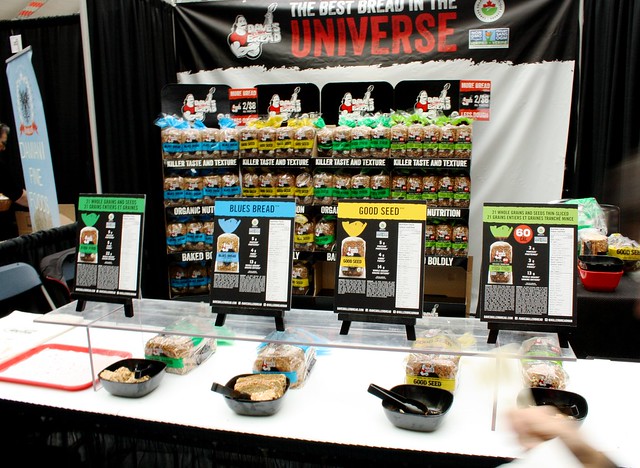 Unfortunately for Dave’s Killer Bread the Blues Bread dried out quite a bit but it was still tasty. (My bread is better though!) 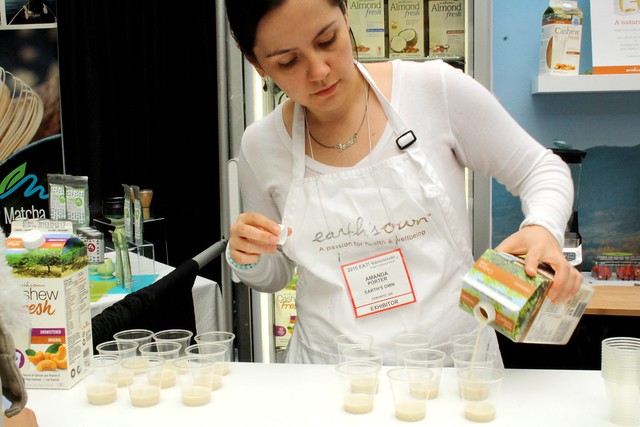 I made sure to fight my way through to Earth’s Own Almond Fresh‘s table to say thank you for the ticket and to finally get to try their new product Cashew Fresh which was amazing! I only got a small amount but it tasted fresh, clean, not too nutty… I also picked up a few coupons there so I can product test it in my kitchen. 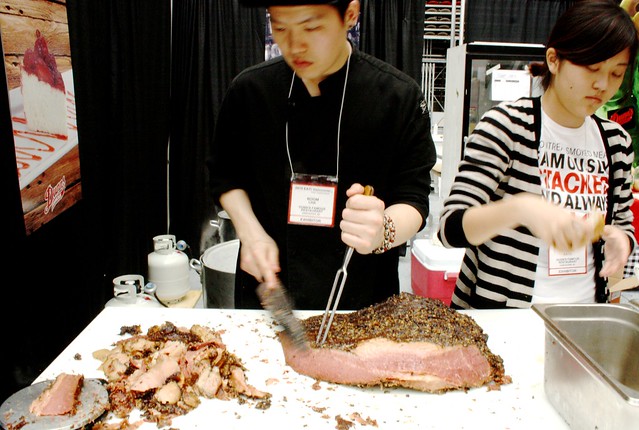 I had been listening to people eating at the tables to figure out what I should try and what I should avoid. Yes, always the foodie spy! Many people commented on how crazy-spicy the East Indian and Caribbean dishes were. As a result, I started at Dunn’s. 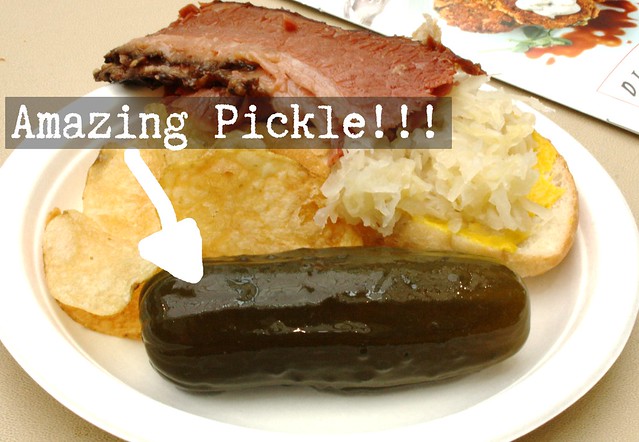 Smoked meat with sauerkraut and mustard on a bun with chips and the most sour pickle I have ever had, it was marvellous! I wish there had been more mustard on the bun and the pickle was an extra ticket ($1) but totally worth it. 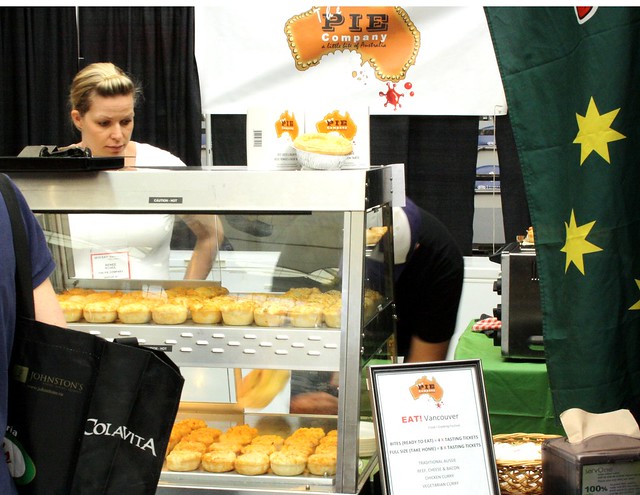 I was really interested in trying a meat pie from The Pie Company – A Little Taste of Australia. 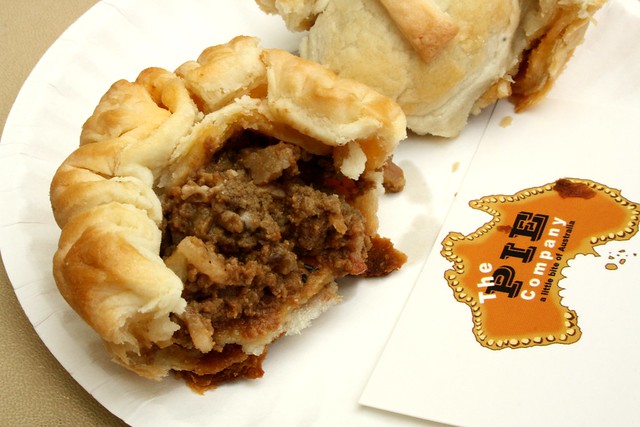 I ordered the beef, bacon and cheese pie and it was delicious! I did not see much cheese but wow, what meaty flavour and the pastry rocked. 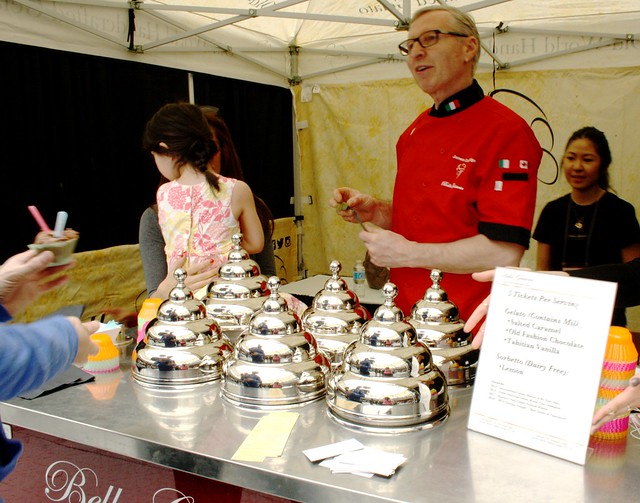 At this point I wanted something sweet and stopped by Bella Galateria to try some old-world handcrafted gelato. I wanted to experience a new and untraditional flavour so I ordered the salted caramel: 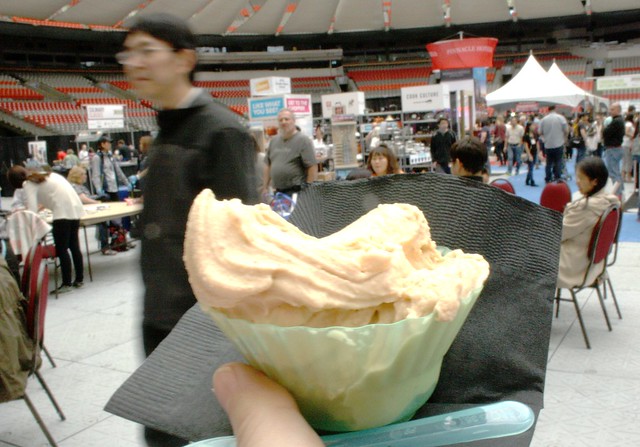 Which ended up being a big mistake considering all the salt in all the other food I had just ingested. It was very salty. Delicious! But salty. It was also 5 tickets ($5) which seemed excessive. In fact a mother at my table freaked when she found out how much her son had paid for his. 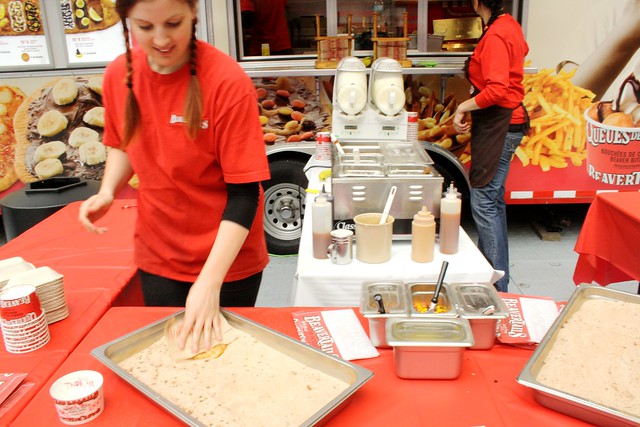 I had bought 20 tickets ($20) and I still have five left. I used three to order a Killaloe Sunrise from BeaverTails. 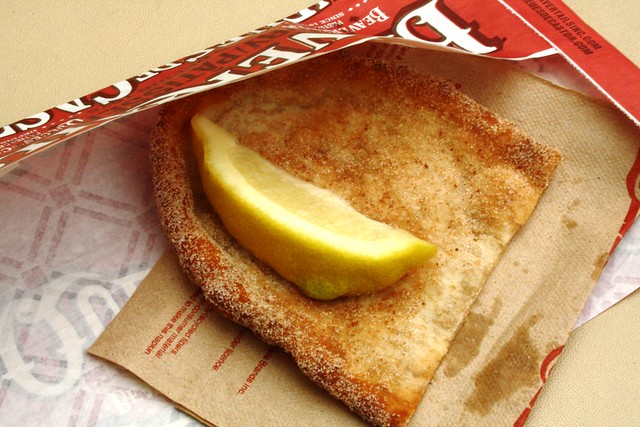 I had no idea that sugar, cinnamon and lemon juice on fried bread could be so delicious until I was introduced to these in Ottawa. Magnificent!

I had seen a place that was selling macarons for 2 tickets which is all I had left. But I could not find it anywhere!

Then I saw a woman walking around with chocolate-covered fruit, my favourite dessert of all. She kindly told me exactly where I would find the vendor. 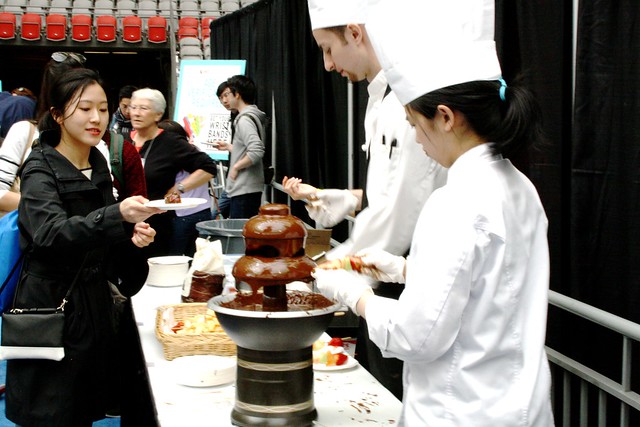 I got so excited when I saw the chocolate fountain! This was the place! 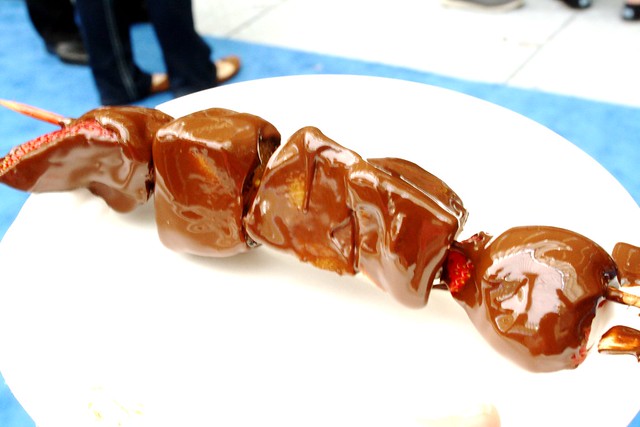 This was probably the most messy and indelicate item to eat at the festival and I did not care. I found a table outside the stadium area that was kind of in the dark and just enjoyed every morsel. I finally sort of had my thirst quenched by the super-fresh fruit and the chocolate just finished off the day for me. 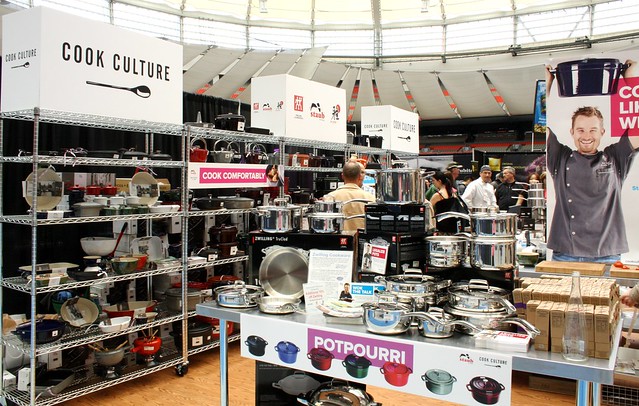 In some ways, this was the perfect event for me. There was a big crowd and I did have to duck under people to snatch up samples (yes, I am shameless) but I did not feel super claustrophobic. The demonstrations were excellent, the talent that showed up there stellar and the vendors were fun.

What I am not happy with is the lack of Asian food. When I think of eating in Vancouver, I include high end sushi and Chinese cuisine. There was none that I could find. Which bothered me deeply. I wanted sushi! I wanted noodles!

I also really wanted something to drink other than alcohol. Perhaps there was a water booth but if there was, I did not see it and I walked the floor many, many times.

It is hard for me to forgive the absence of Asian food at Eat! Vancouver. It feels like such a glaring oversight to me and disturbs me. They had Montreal smoked meat, Australian meat pies, East Indian butter chicken but no sushi? Really?

Still, I got to meet Anna Olson which was a dream come true. I just hope next year I can eat sushi and noodles while I hang out with the foodie stars at Eat! Vancouver.