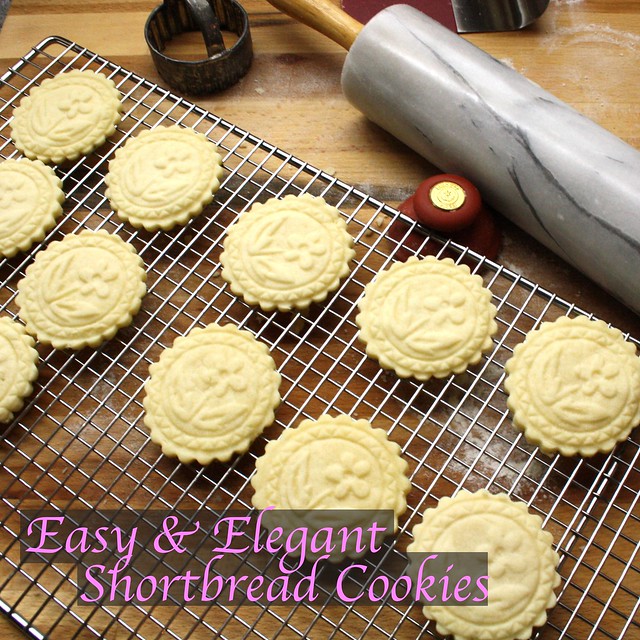 Reg and I were invited to a belated Robby Burns birthday celebration and I promised to bring shortbread cookies. They are not always the most exciting of cookies but there is some real magic that can go into making them. 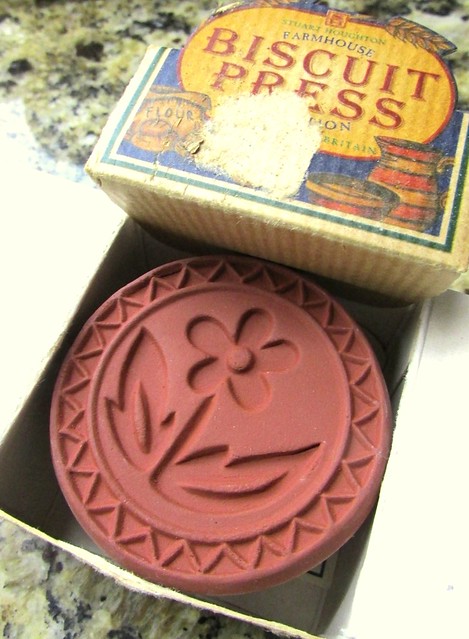 First, I wanted them to be more than just circles of flour, butter and sugar so I got out this biscuit press my friend Michelle gave me. I have had it a long time but was not sure what to do with it until now. If it was good enough for biscuits, it would be good enough for cookies! 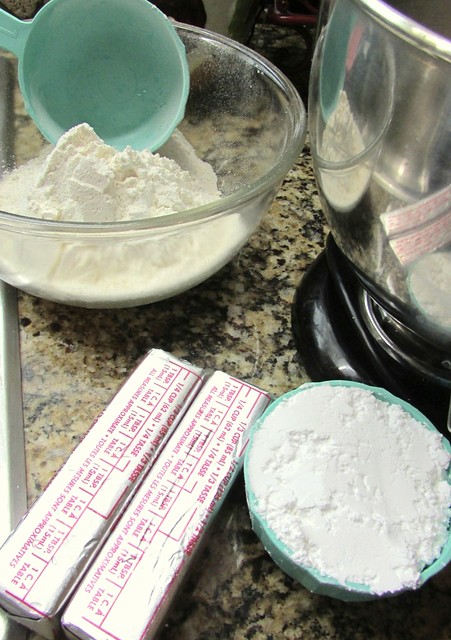 In this case I used 2 cups of flour, 1 cup of room temperature unsalted butter and 3/4 cup icing sugar, which I later sifted. I also added a pinch of salt and had a special trick up my sleeve… 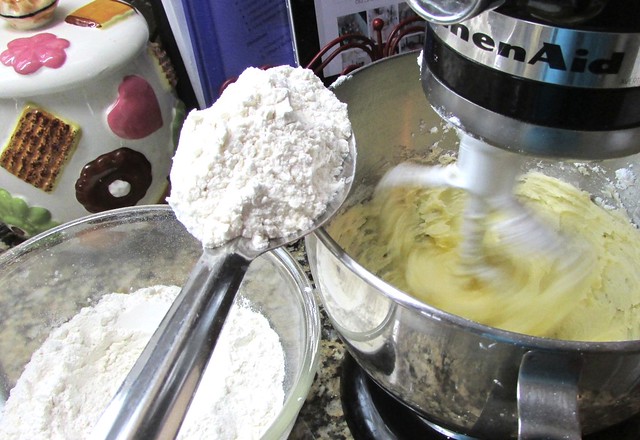 First you cream the unsalted butter and then add the sifted icing sugar to it slowly and gradually, scraping down the sides. 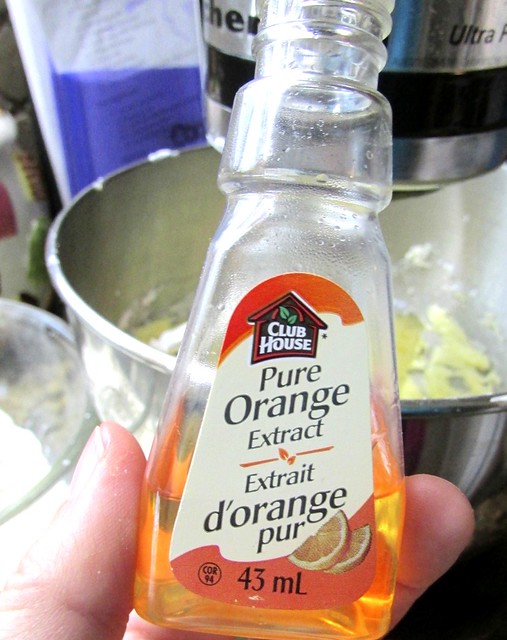 Here was the secret! Pure orange extract. You normally would not add vanilla extract because it would darken the cookie but this way its visual impact was minor. It added some distinct citrus flavour. I added 1/2 tsp. 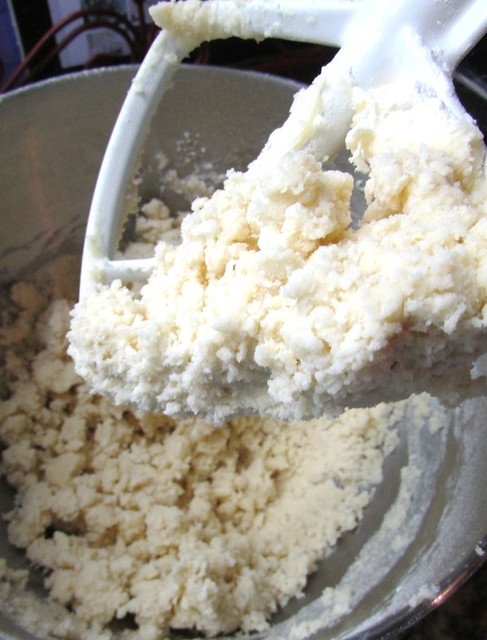 Then I gradually added the flour with the salt whisked in until the dough just came together. 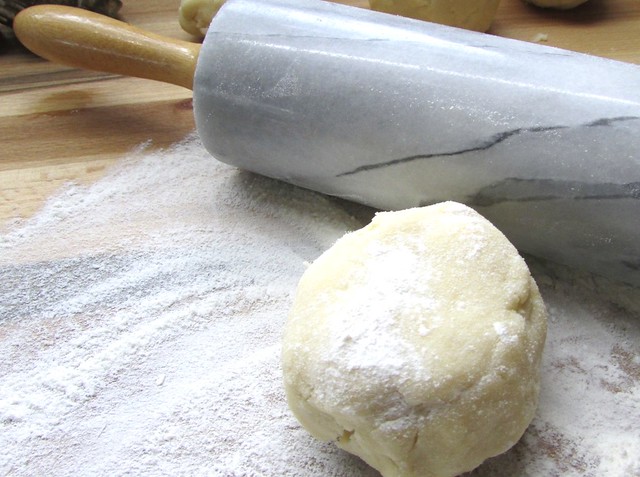 No leaveners, no eggs, no chilling. Fast and easy. Love it.

I divided the dough into four balls and rolled them out to 1/4″ thickness on a floured board. It cracked a lot so I knew that the dough was not worked enough. You really do not want to overwork the dough but at the same time, you need to work it enough to keep the cookie together. 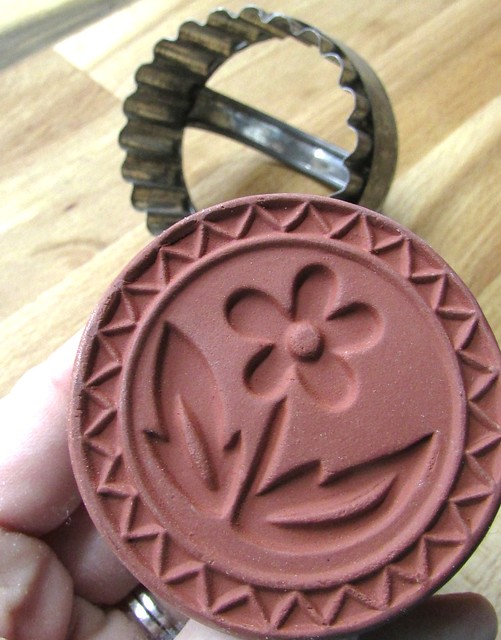 I thought to myself, well, I am going to use a biscuit press, why not use a biscuit cutter as well? It would make the edges so pretty. 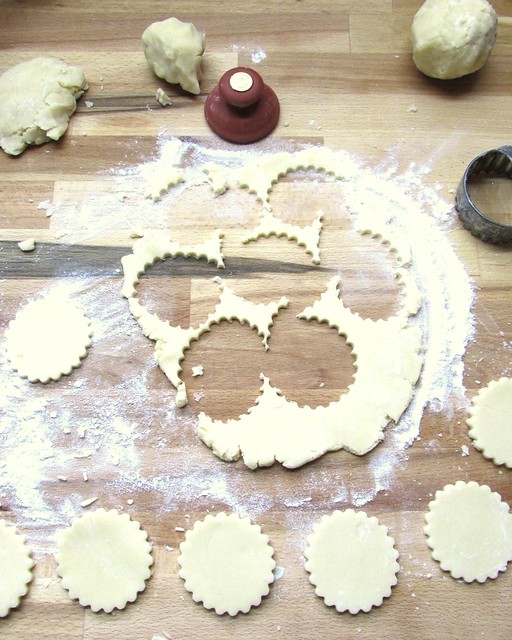 So that is exactly what I did! You can re-roll the scraps once but not more than that. These cookies are supposed to be flaky. Too much working of the dough will make them hard and, well, unpleasant. 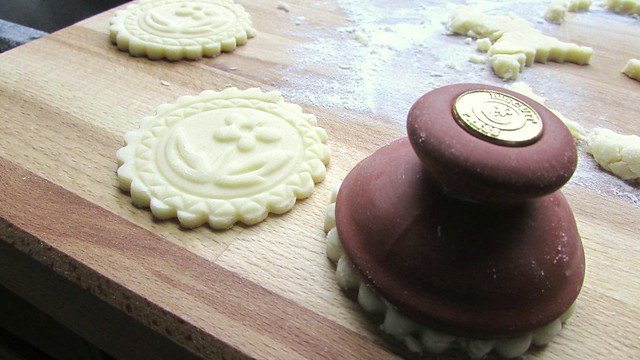 I had never used a press before. It fit quite well on the cookies. I gently pushed down and around: 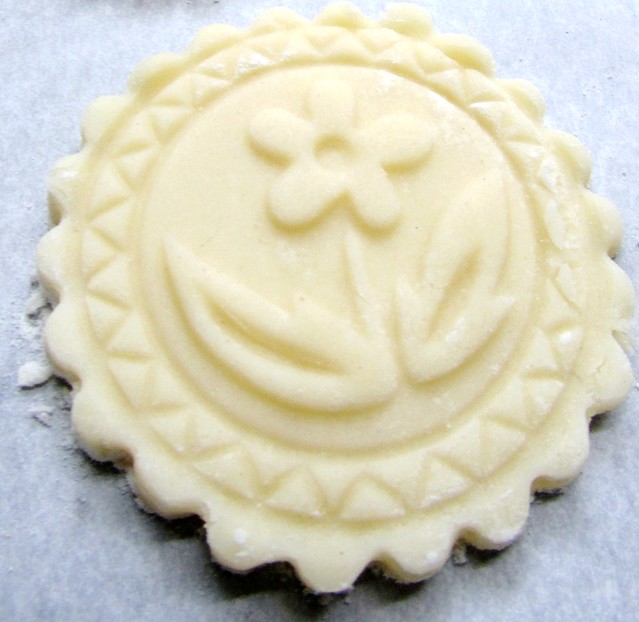 Lovely!!! I thought they were just the cutest cookies in the world. 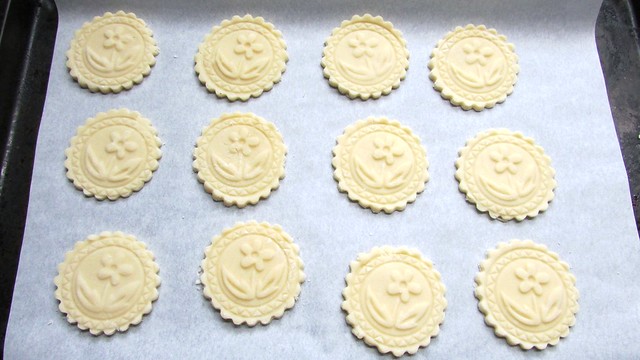 I put them on a parchment-lined baking sheet and into a pre-heated 300F oven for 10-12 minutes. 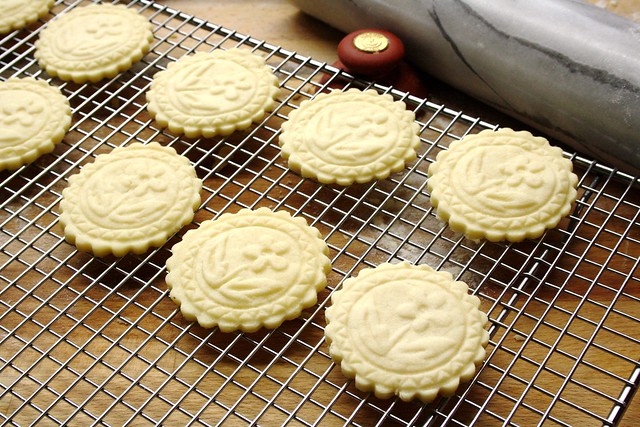 Some people like theirs more golden but I took mine out at around 11 minutes. Any longer than that and they start to puff up. I put them on cooling racks. 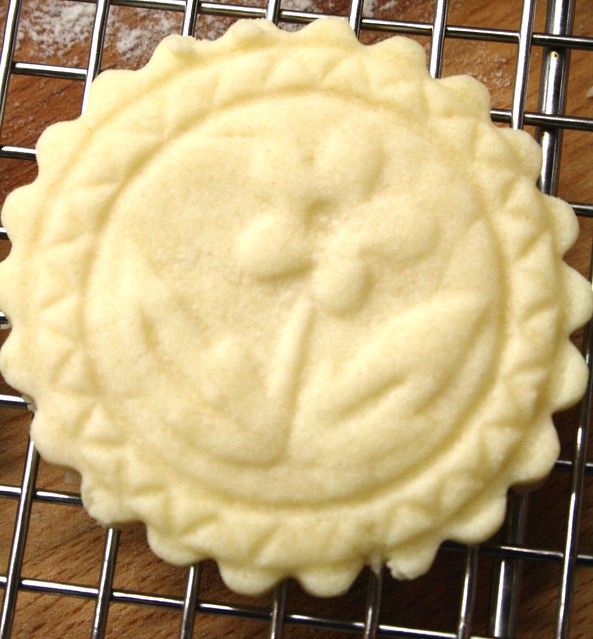 I was absolutely thrilled with the results and they were a big hit at the party. A little extra effort and these simple cookies were taken to a whole new foodie level! It just made me so proud and happy to take these and share them with new friends.

That is what food is all about. Right?! 😉