You are here: Home / restaurant review / Firkin Pubs… How I Love You 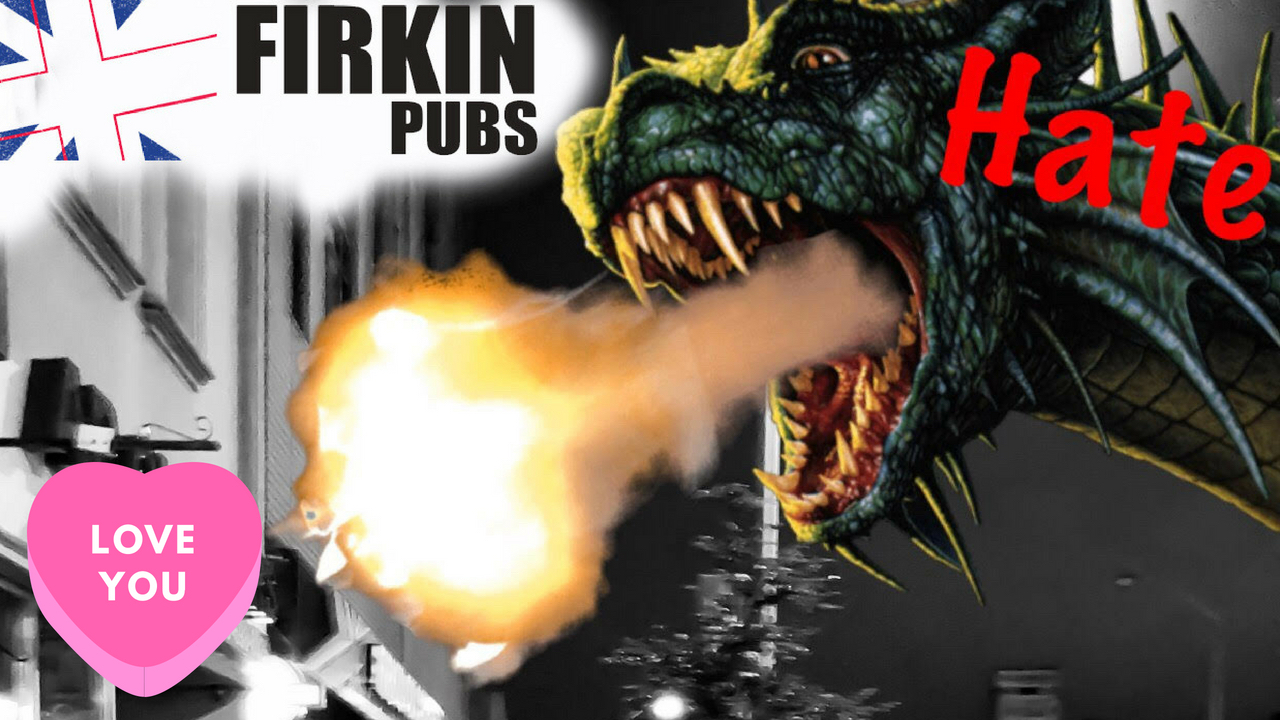 Update: I had previously had a challenging situation with the Firkins in general but did they ever come through for me for my birthday celebration! Especially the Firkin On Danforth. Had a birthday party for myself and they went out of their way to make us feel welcome and taken care of. Incredible service and they can handle a party. I HIGHLY recommend them for special events in particular if you want to celebrate with friends and family. Just make sure to give them time to make your reservation and you will be good.

Five out of Five Wooden Spoons

I am not new to the Firkin Pubs. I wrote about going there several times to meet with friends and family on my last official visit to Toronto before I moved back home and that my friend Michelle is the one who introduced me to their establishments a couple of visits ago. Ironically, since I have once again become a Torontonian I have had quite a challenging time with them and they literally got my blood boiling and seeing red more than once.

How It All Started 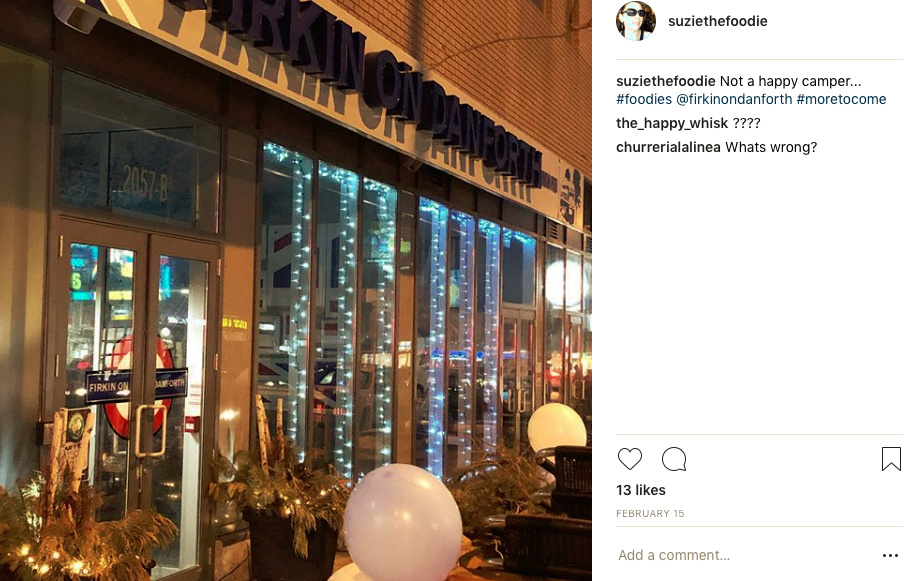 On a cold slushy night right after Valentine’s Day I needed to meet with friends to talk about what I had been through. I had called the Firkin on Danforth to make a reservation and asked if it could be in a quieter area of the pub. Due to a change in timing on my part, I showed up to discover our reservation was now where the Trivial Pursuit game was going to be held.

I will admit, I was in a bad state of mind at the time and contacted my friends and changed venues to Morgans On The Danforth. I will credit the Firkin on Danforth for writing to me privately to apologize and offer my friends free new menu items but I declined. Later a bunch of me and my old high school friends stopped by there and were told the kitchen was only open for half an hour. We went inside, ordered drinks and tried to order food but they said no, the kitchen was closed. We quickly had our drinks, left to get food to soak up the alcohol at Pizza Pizza. Strike two… 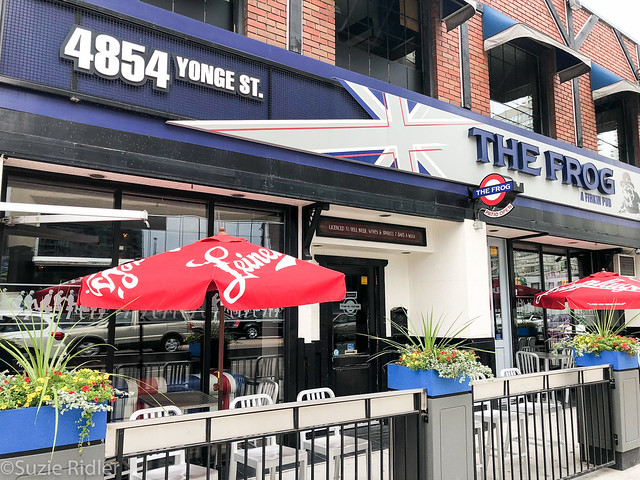 A month or so later I was invited to go to The Frog up in North York, my old neighbourhood. It was going to be a meeting of a couple of friends and I had had a bit of a reunion there two years ago with high school friends. I had also been there with my sisters after visiting our mom’s grave for a toast in her honour. We always had good food and service.

Everything was great and check it out! I won a $100 gift card for my photo submission to their contest. 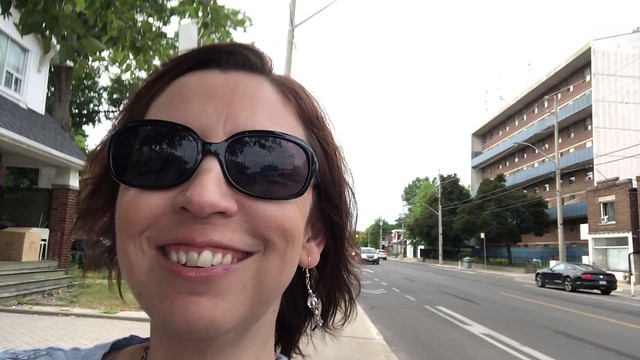 It is not often I can treat people to dinner but I wanted to spoil my sisters completely on me, thanks to the gift card. 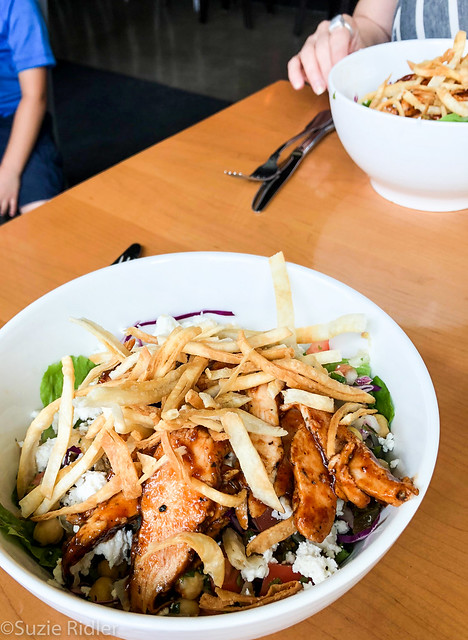 They both had the barbecue chicken bowl which they absolutely loved! Awesome… 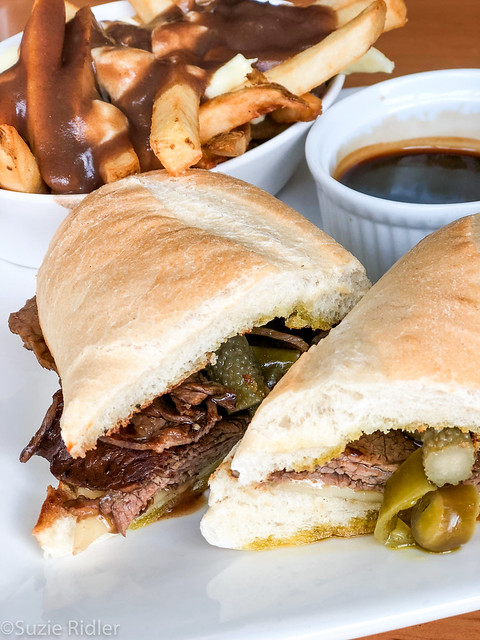 I love beef dip sandwiches so I got their Chicago Beef with a side of poutine. Please note the description of said sandwich:

I thought the only thing I was concerned about with the potential heat from the horseradish but it turns out that was the last thing I had to worry about because, quite honestly, I could not taste it. 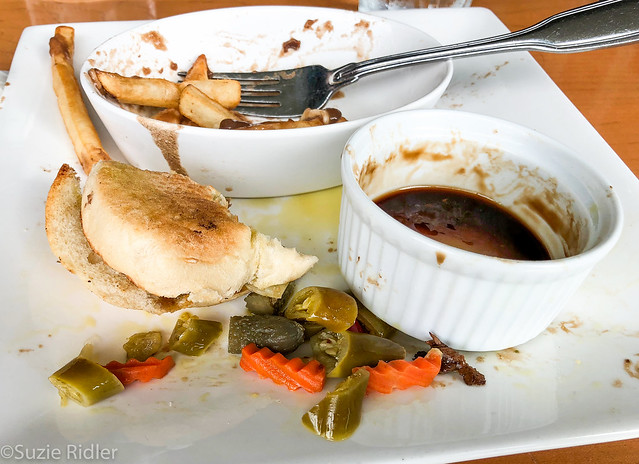 I took one bite of the sandwich dripping from the thin beef jus and felt sick. Then, I could not breathe. I chewed and chewed to get rid of it but then I started coughing. I could not stop. It was so hot I was tearing up and my mouth was on fire. Their Italian Giardiniera had bloody pickled jalapeños in it!

There was no note of it being a spicy sandwich in any way. Usually they are just pickled vegetables but because there were jalapeños (note WITH seeds) in it, it impacted the pickling liquid which was soaked into the sandwich. I was struggling so much physically and tearing so badly, I tried to politely remove the vegetables from hell and get through the meal. This was supposed to be a fun night out and I felt like I had been poisoned. 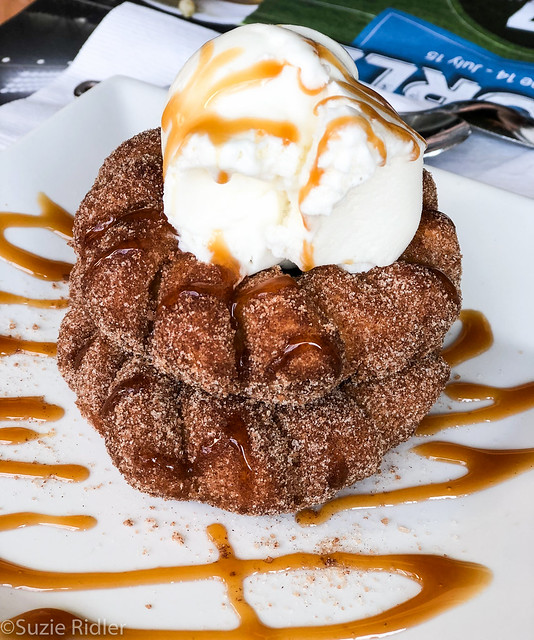 Thankfully their churros with ice cream was absolutely fantastic. I know, I should have complained at the time but I did not want to be a downer. I knew I was going to write about this experience and thought that would be punishment enough. I had no idea… 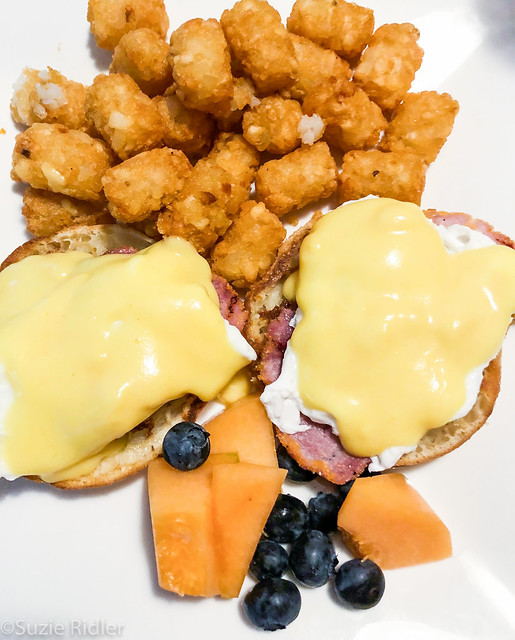 I still had some money on the card and wanted to treat my friend who actually took the photograph that won. So back to the Frog I went with gift card in hand. It had to have been one of the hottest summer days ever so I was looking forward to my Eggs Benedict served with tater tots (genius BTW) in the air conditioned restaurant.

Before I ordered my brunch I made sure to ask about the Chicago Beef and the server confirmed that it was a spicy sandwich which was validating. So it is well known that it is a spicy sandwich yet there is no note of warning on the menu. Bastards. 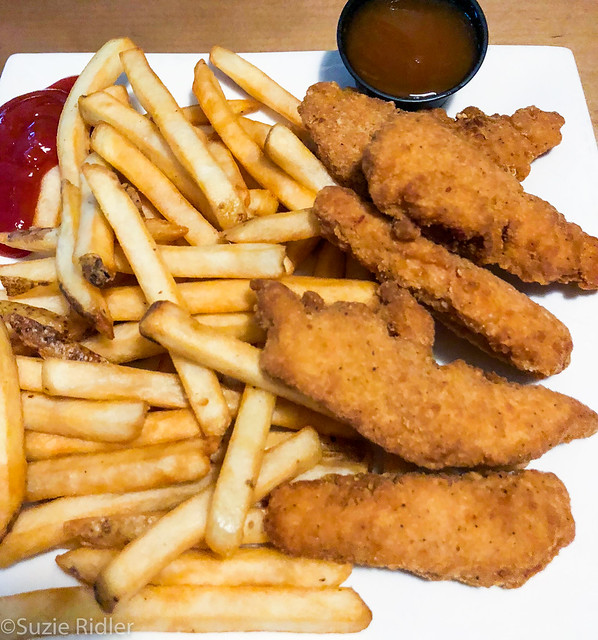 My friend kept it simple with chicken fingers and fries. Everything was going great. I asked for the bill and then gave our server the gift card. He clearly looked uncomfortable but walked away with it. Ten minutes later he told me it was not working.

Not working? It was their gift card. I had used it once before. I had the receipt saying what the balance was. He just sort of threw his hands up and said, I can’t get it to work. 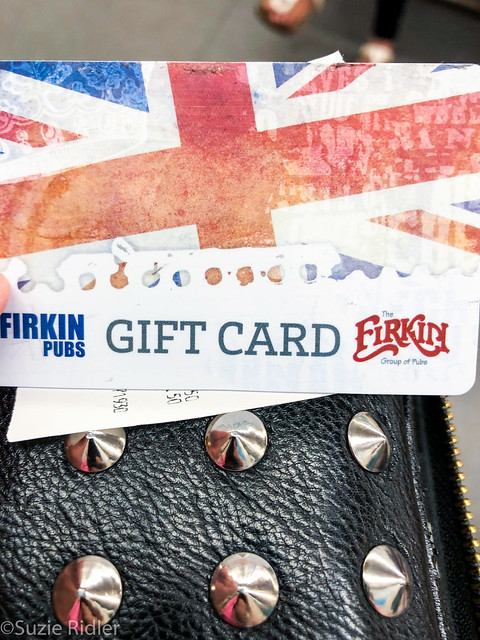 Are you fucking kidding me? Again, this was supposed to be a good time out with a friend and I did not want to turn into the She Hulk and ruin our day but secretly I was losing my shit.

Back To The Danforth 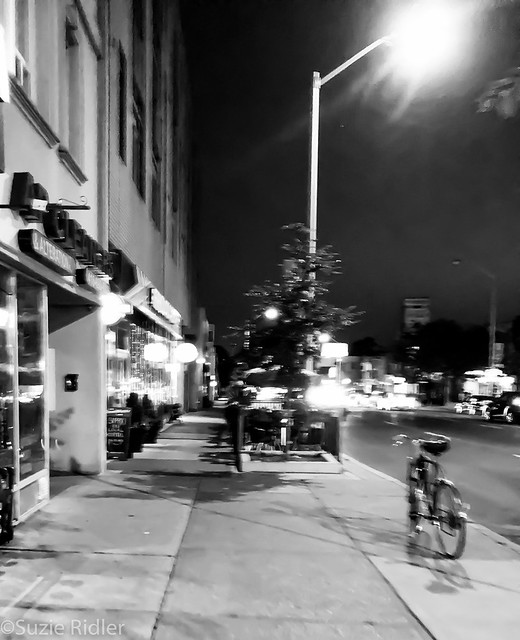 It is so ironic this photo is so blurry because I was not seeing clearly at all when I took it. I was so angry I could not just go home. It was a freakin’ hot Saturday night and I was on fire, furious. I went in and asked for the manager on duty and asked him to look up the balance of my card. It was exactly how much the receipt said it was.

I said that I was just put in the most unbelievably awkward situation where I tried to use it to pay at another location and the person said he could not get it to work, forcing me to pay from my own wallet when this was supposed to be a prize. He apologized and said I would have to take it up with that location’s manager. His customer service was excellent but a little over-the-top. I suddenly got the feeling like it was a bit of a show. Was he the person who contacted me through Instagram all those months ago? Did he know who I was?

I did call the The Frog and told the manager what happened. I described our server, said what day and time we were in and he apologized for the inconvenience. He said that he had no explanation for the problem, to have staff that did not know how to use one of their gift cards as payment. He even offered to buy me lunch which was quite excellent of him and appeased me for the moment. 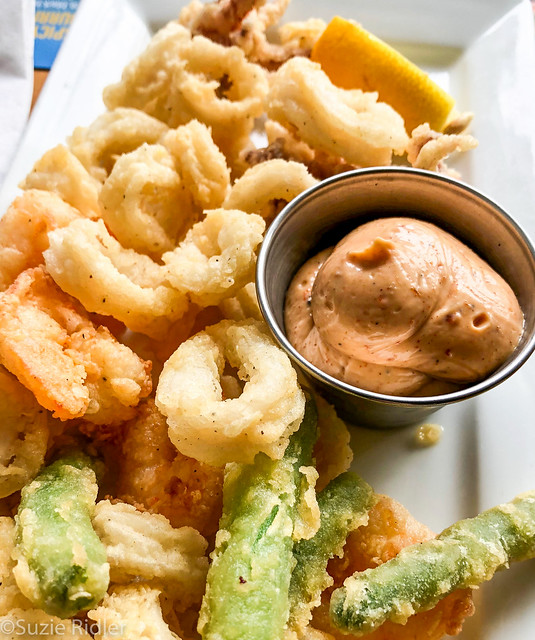 Due to the fact that I had to shell out the money that brunch on the hottest day of the summer, I still had $30 on the card. So, I went out for food with another friend of mine, the_foodie_realtor. The crispy calamari and shrimp with green beans with chipotle aioli was excellent. 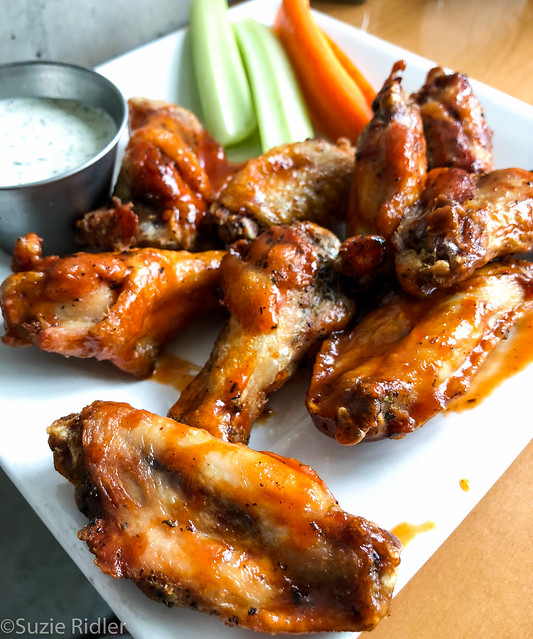 I ordered the MILD barbecue wings which were over cooked and did not have enough sauce on them. I requested more barbecue sauce and our server was courteous and sweet. 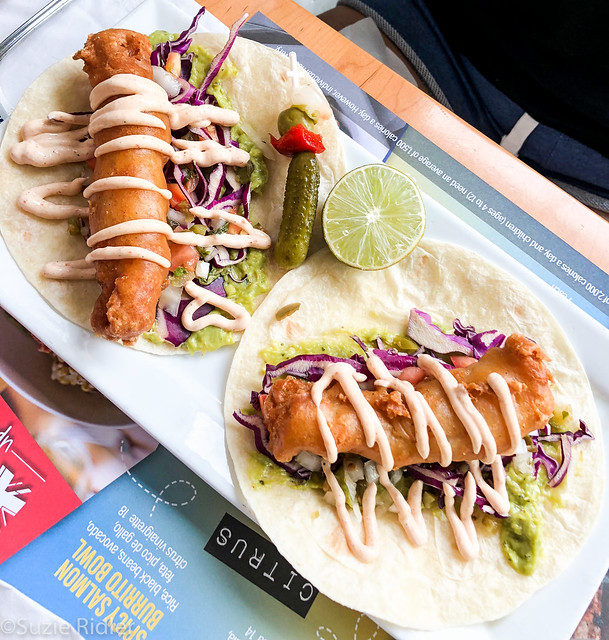 the_foodie_realtor‘s fish tacos were great and I have to say, they looked so good I might get that next time. If there is a next time. 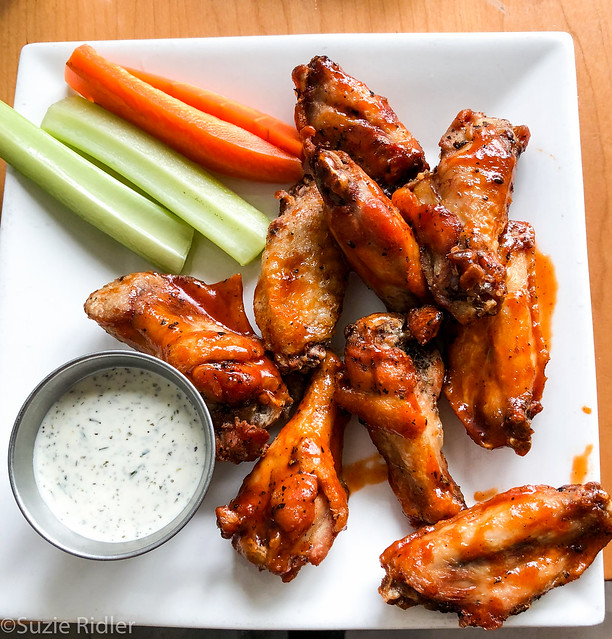 I used up my card and was very grateful that was over. I never thought winning a $100 gift card would be so problematic and stressful. At least I only lost $45 of my own money and that idiotic server received zero tip from me. I hope he got lessons in customer service and how to redeem a bloody gift card.

Funny, I thought this was going to be just a post on the importance of proper warning symbols and proper menu writing. It turned out to be the longest restaurant story of my foodie lifetime. It was the restaurant review that just would not DIE!