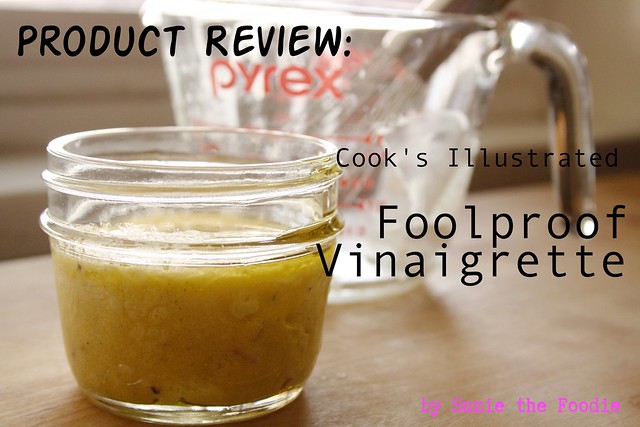 If there is one thing I am most picky about in the world, it is salads. Not because I do not like them. A good salad for me is one of the best things on the earth to eat. No. It is because most salads that I have tried from scratch bore me. I hate being bored.

When I discovered that Cook’s Illustrated had a “foolproof vinaigrette” recipe, I sighed and got my hopes up a little and gave it a shot. 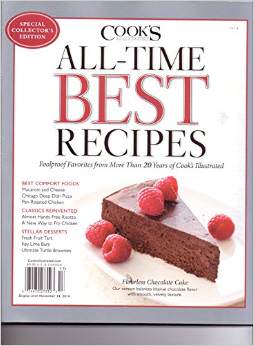 I bought their special COOK’S Illustrated – All-Time BEST RECIPES – Special Collector’s Edition for myself for Christmas. I learn so much from their Cook’s Illustrated magazine, I always find it an investment. Even if I do not like the recipes, I often find I learn something and as you know, I am the biggest foodie geek around. 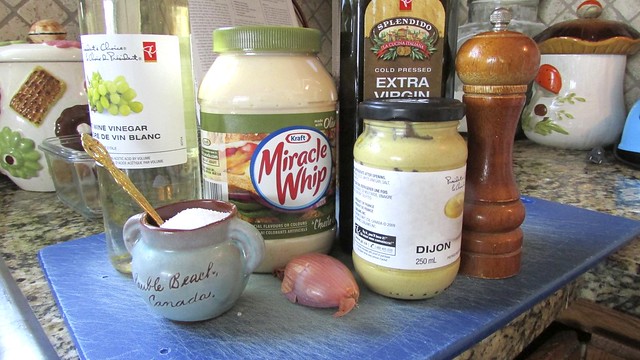 Most of the classic ingredients were in the recipe but I was intrigued when I saw mayonnaise listed. Dawn Yanagihara is the author of this particular recipe. She is the author of Waffles: Sweet, Savory, Simple and True Blood Drinks and Bites.

She notes that instead of using a raw egg for emulsification purposes she added a little bit of mayonnaise (along with the Dijon mustard). This instantly added some credibility to the recipe because I had learned this technique in A Modern Take on the Mother Sauces with James Peterson. 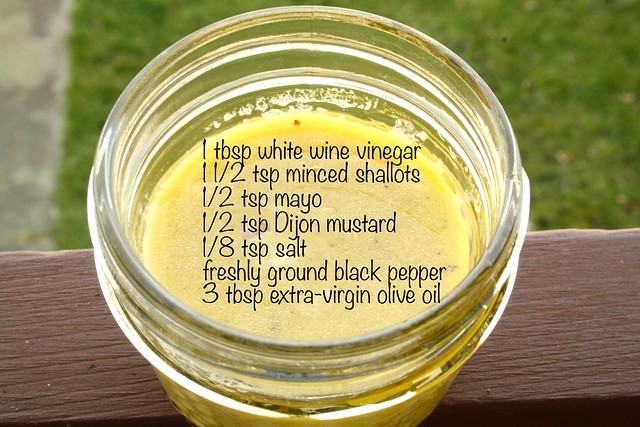 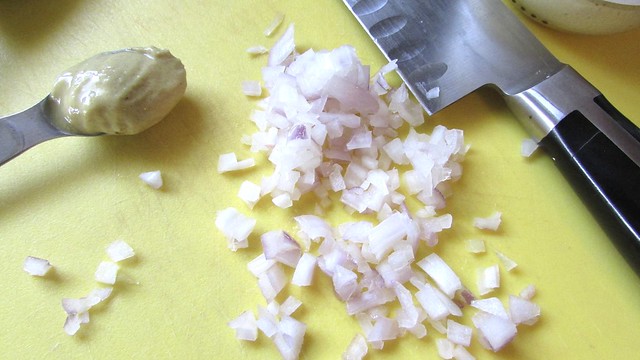 I love shallots and know that a lot of classic vinaigrettes use them. I was hoping that the recipe would have some garlic too because I like my dressings to have serious flavour punch. She suggests running the inside of the salad bowl with a peeled clove of garlic before adding the salad. Which I skipped by accident. So close! 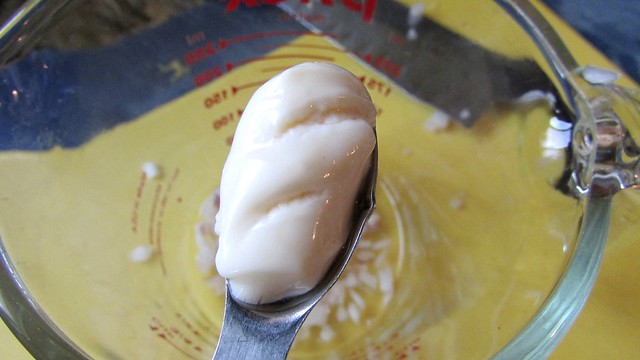 I used Miracle Whip’s Olive Oil mayonnaise which I combined with the vinegar, shallows, Dijon mustard, salt and pepper. 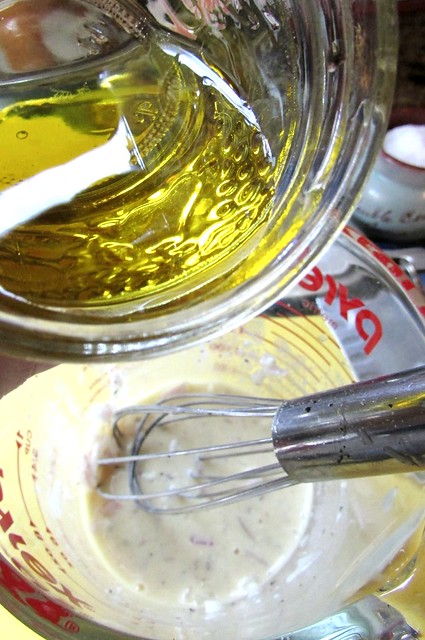 I whisked until it was “milky in appearance” with no mayo lumping going on. Then I slowly and carefully drizzled in the olive oil, whisking the entire time. 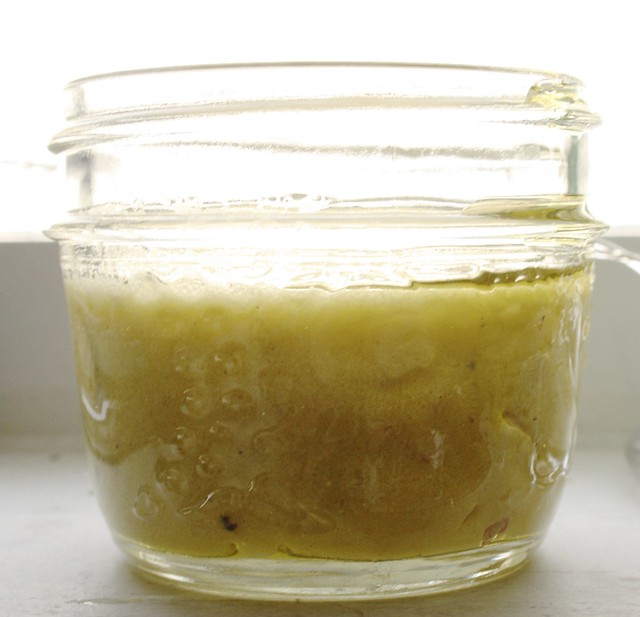 It emulsified perfectly which is half the battle of making a fantastic salad dressing. 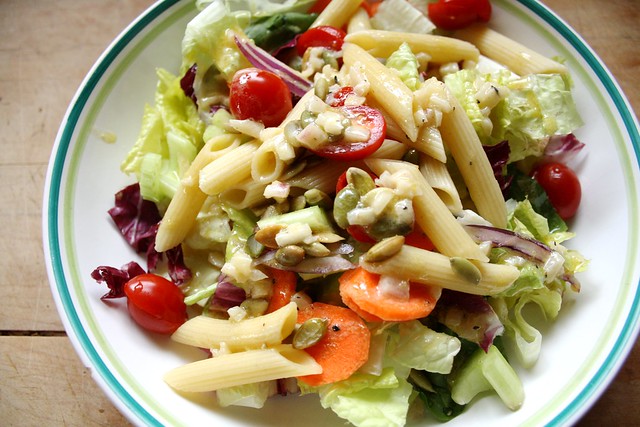 I drizzled half the small container of salad dressing on a pasta salad I made, about 2 tbsp. It was a very light, fresh and lovely salad. Totally civilized. It will probably not offend the senses of people who eat it who are picky. For me? It was good but a tad underwhelming. It is very… “safe.” Hence the “foolproof” is prevalent in the flavour as well as in the execution. I was impressed but not super inspired.

I give this recipe four out of five wooden spoons. Next time I will make it with balsamic vinegar and more mustard, as suggested for a dressing for more assertive greens. I think this is just too delicate for me. I want more punch so I will also probably add some garlic.

If you are looking for a solid vinaigrette recipe to make for picky eaters, this is a good choice.