You are here: Home / cafe / Valentine’s Day at French Made Baking 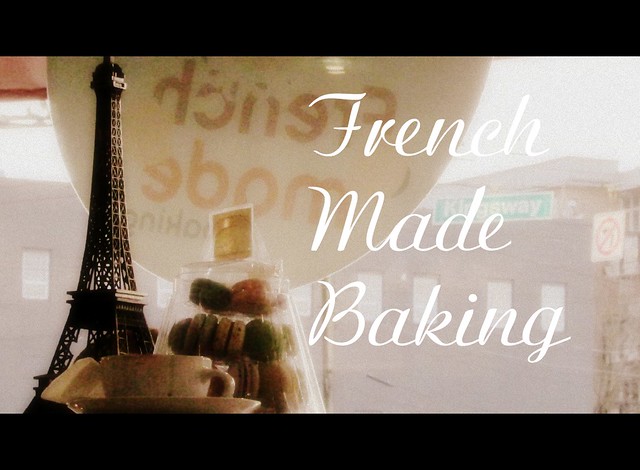 It absolutely amazes me that right at 81 Kingsway in Vancouver at Broadway you will find a little cafe that will take you to Paris called French Made Baking. 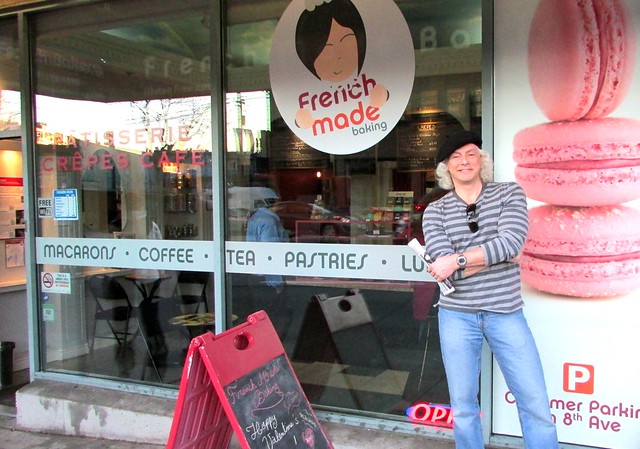 I wanted to be swept away on Valentine’s Day. To feel like I was in the most romantic city in the world. Paris of course. Reg even brought his authentic Parisienne beret. 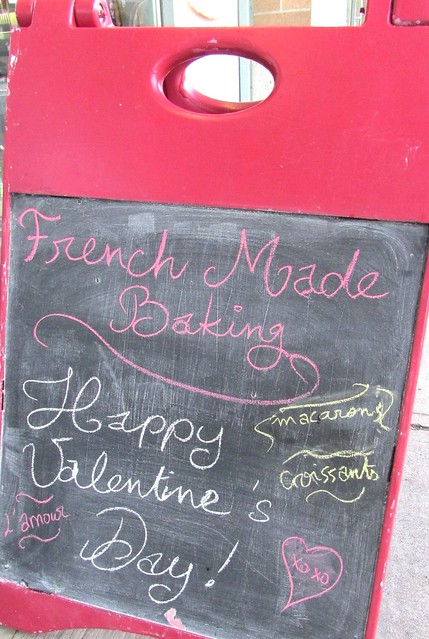 We were not the only ones who decided to stop by for the day of romance! There was a steady stream of customers weaving in and out of this café. 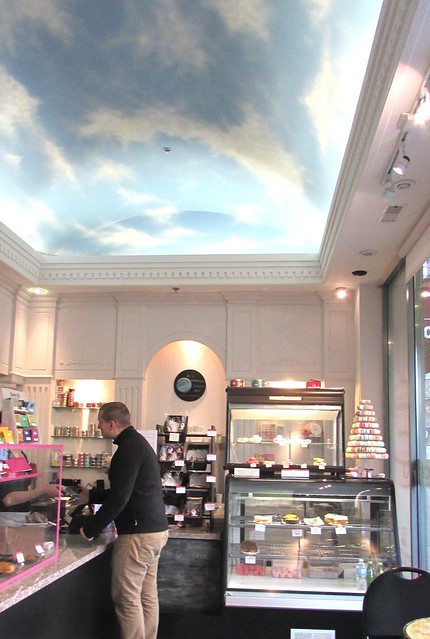 At the entrance is the store-front where you order your hot beverage and treats. Look at that vaulted celestial ceiling! 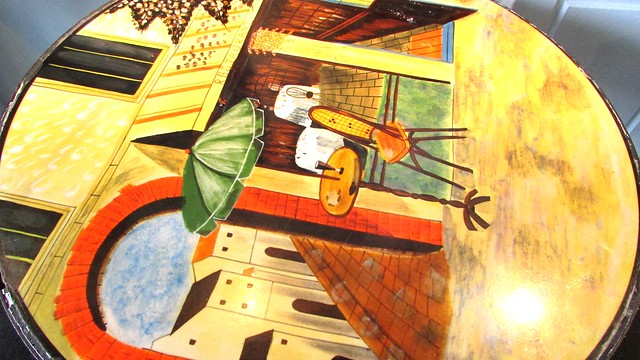 Even the tabletop at the front made you feel like you were in Paris! 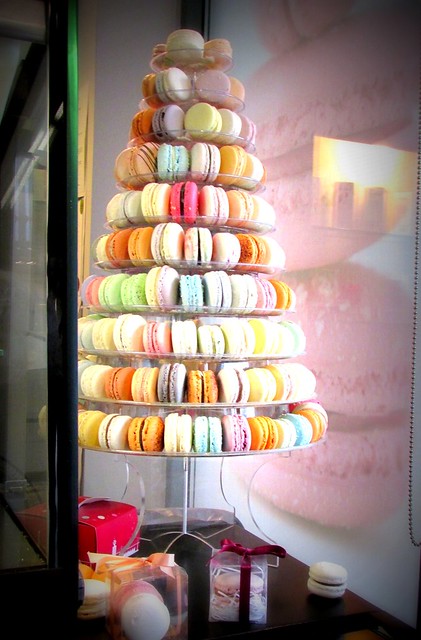 And the treats! Macarons of every colour and flavour! Crepes too and croissants… Mon Dieu! 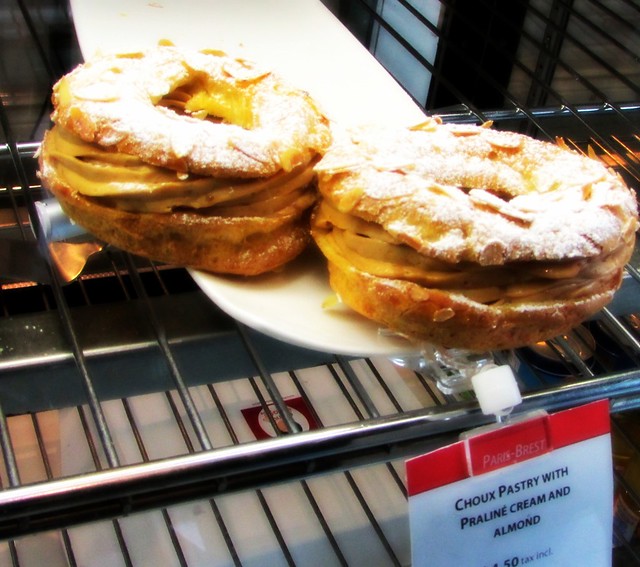 I really thought I would get a Nutella crepe but when I saw Choux Pastry Filled with Praliné Cream and Almond? There was no doubt in my mind what I would be ordering. I also ordered a lychee & rose macaron. When in Paris… 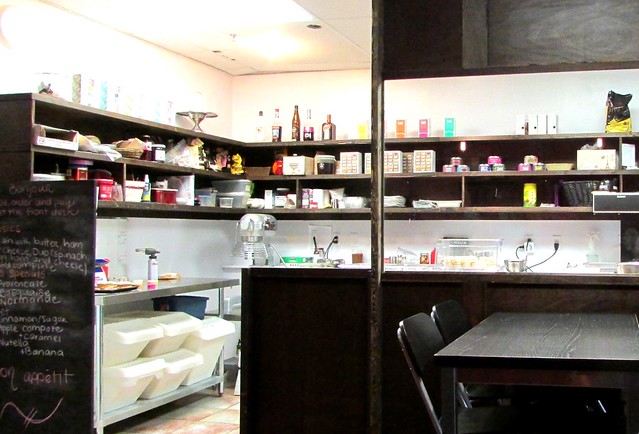 The kitchen is right across from where we sat at the back of the café. It was wonderful to watch as they worked and prepared the food. There were not many tables for patrons but enough for us to get a seat. Most people picked up their bonbons and coffee and went on their happy way. 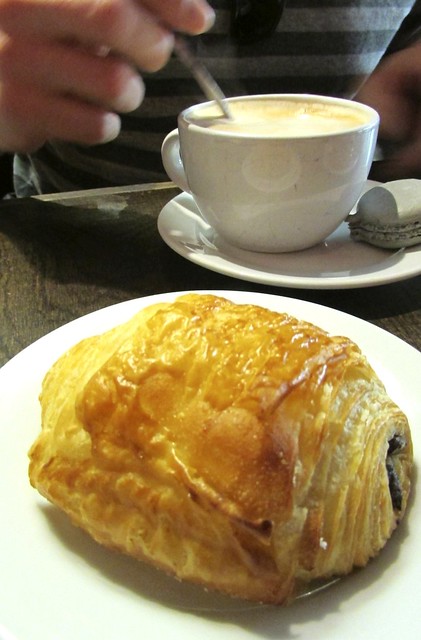 Reg ordered a classic: a chocolate filled croissant. He also got an Earl Grey macaron. Which was in fact kind of grey! 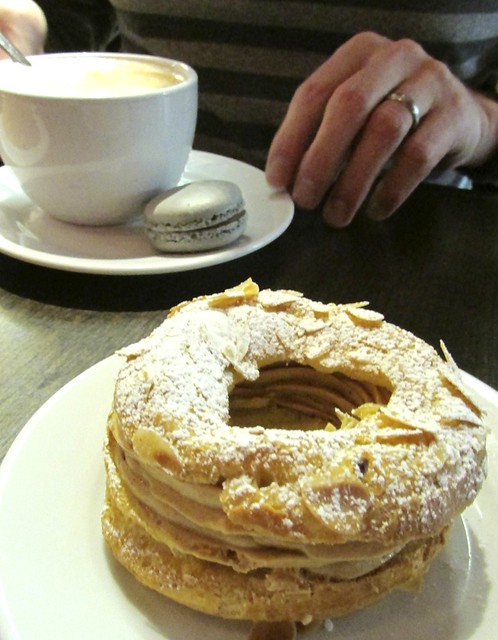 We slowly and decadently sipped the “Maple-smoked Caramelia Milk Chocolate with Sea Salt” and took small bites of our pastries. We were in no hurry and I am sure our eyes rolled up to the top of our heads quite a few times.

My praline treat was one of the most delicious pastries I have ever had. Not too sweet, and full of rich nutty flavour. The pastry just fell apart. It was clear that only the best ingredients are used to make this heavenly foodie creation. 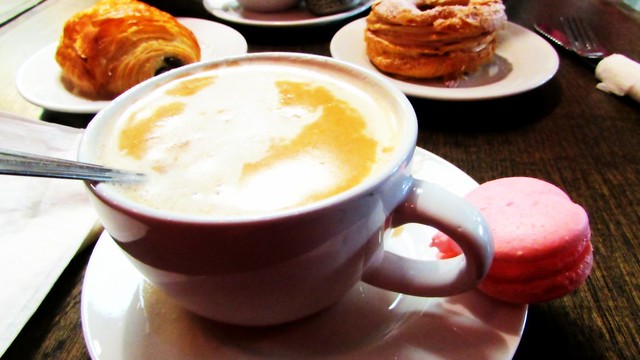 My only disappointment was the macaron. The texture was perfect. Wonderful crunch on the outside and yummy sweet gooeyness on the inside but I did not really taste lychee and/or rose. It was just too subtle which is a shame, I was really looking forward to that combination. It sounded so beautiful. 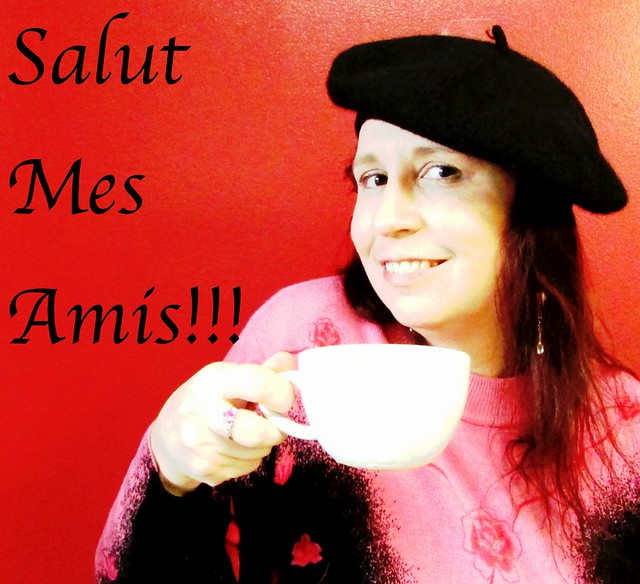 That said, French Made Baking was one of the best food experiences I have ever had for Valentine’s Day. In just 20 minutes we watched dozens of people come in and out of the place, saw a working kitchen in action and sent our tastebuds to heaven. I will dream of that pastry for a long, long time. The hot chocolate was sweet and smokey and that bit of sea salt cut the edge so we did not fall into sugar shock.

Thank you French Made Baking for a day of foodie bliss on Valentine’s Day. I give this foodie culinary experience four and a half out of five wooden spoons.