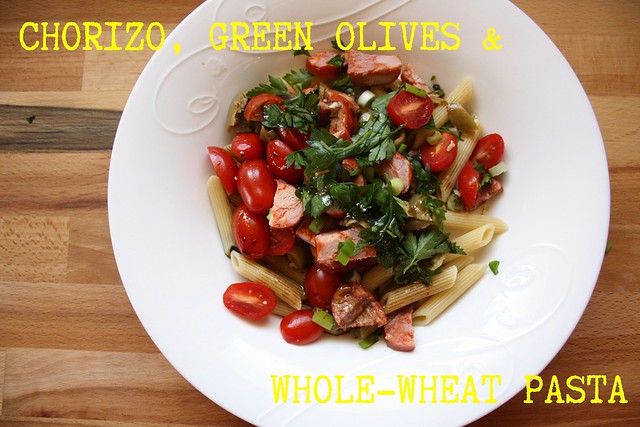 My journey into the cookbook Salad Love: 260 Crunchy, Savory, and Filling Meals You Can Make Every Day by David Bez published by Penguin Random House Canada has officially begun!

As promised in my reveal of the cookbook, my first recipe was one with which I felt extremely confident about the flavours. A lot of the recipes have very basic dressings which is a bit of a letdown for me so I choose Chorizo, Green Olives & Whole-Wheat Pasta Salad. It sounded deliciously complex and fascinating. 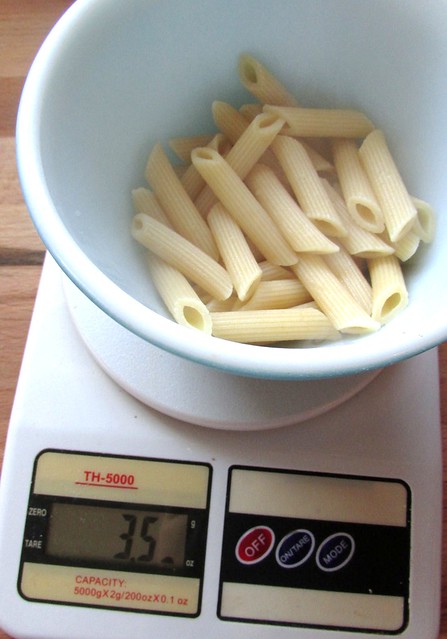 You will need 3 1/2 ounces of cooked whole-wheat penne. 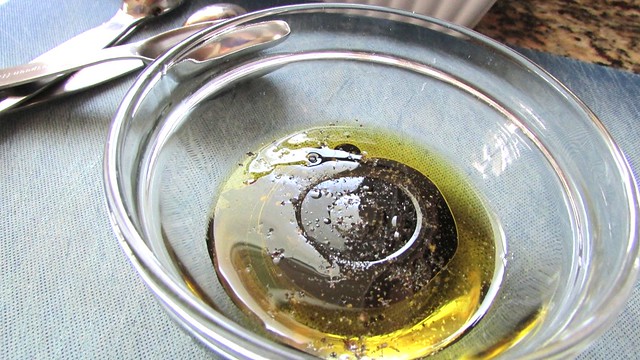 The salad dressing consists of 1 tbsp extra virgin olive oil, 1 tsp balsamic vinegar, a pinch of salt and pepper and 2 pinches of dried red pepper flakes. I am not a fan of red pepper flakes so I personally omitted them. 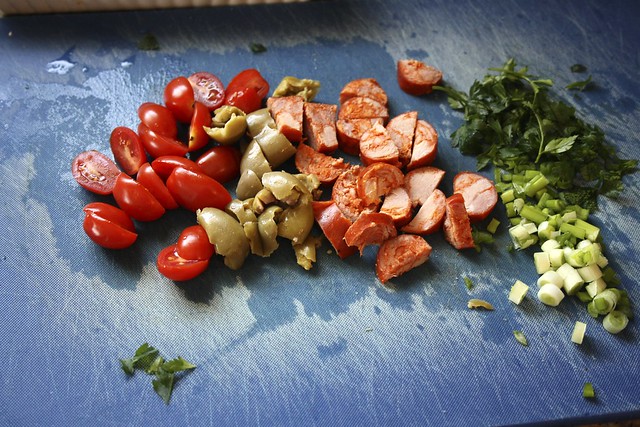 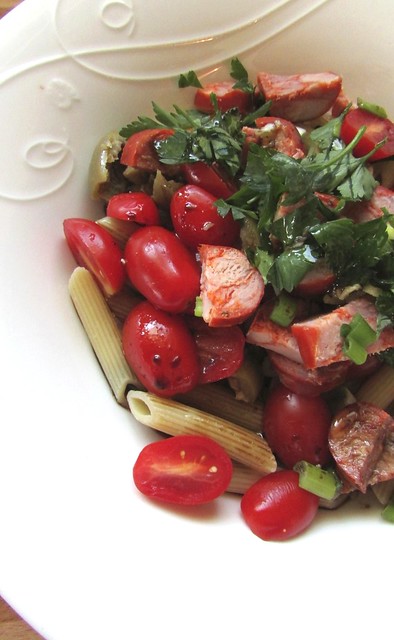 This is an “omnivore” salad but the book claims it could be turned into a vegan alternative by replacing the chorizo with cannelloni or navy beans or black eyed peas. I assure you, the flavour would be quite different if you do so. 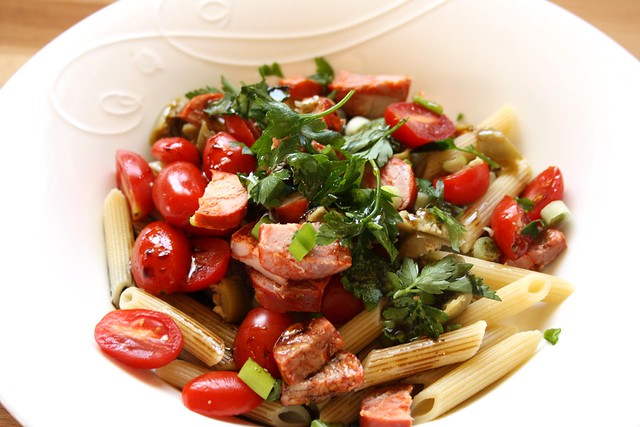 I had issues with the simplicity of the writing of the recipe. For example, it did not say to use cooked chopped chorizo (you can buy raw) so that was a little problematic. Also, how often do you have cooked whole-wheat pasta hanging around? Or are you supposed to make it for the salad, hence, it being warm is OK?

David Bez spent four years making a salad at his desk every day which is amazing but my sense from this recipe and others is he was working with his leftovers a lot. His leftovers, not mine. For recipe testing, this ended up being a tad awkward.

This was a very filling and flavourful salad. The dressing was just OK. Very typical. The flavour truly came from the chorizo sausage and the green olives, both of which I love yet would not normally think to combine together. Which I will now do, I loved them together. I give this recipe four out of five wooden spoons.

This is a good start for recipe testing but I must admit, finding recipes that I personally would not alter to suit my own taste is proving to be difficult. I want to stay true to the recipe but a lot of these salads are tough on a budget and my store personally does not carry borage flowers.

That said, this is not a boring salad cookbook at all. David Bez has come up with so many creative combinations, his creative foodie spirit is absolutely commendable. I just hope I enjoy following him on the rest of his foodie journey.