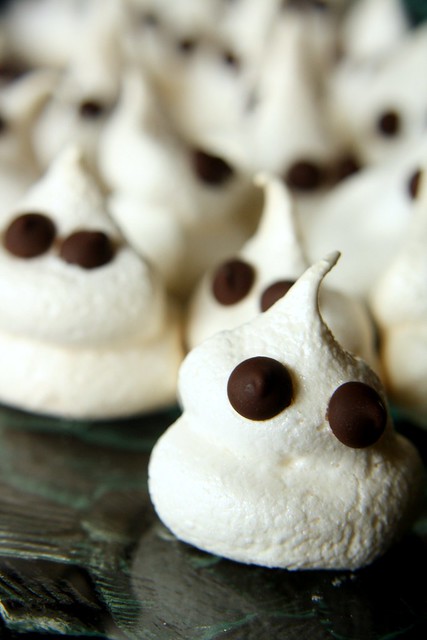 Aren’t these little ghosties adorable? Would you believe me if I told you they were just as delicious to eat as they are cute? And there is no fat involved when you make these mini meringues. You can find the recipe here at Taste of Home’s site but I did make some modifications when making my version of their “Boo”-rrific Kisses. 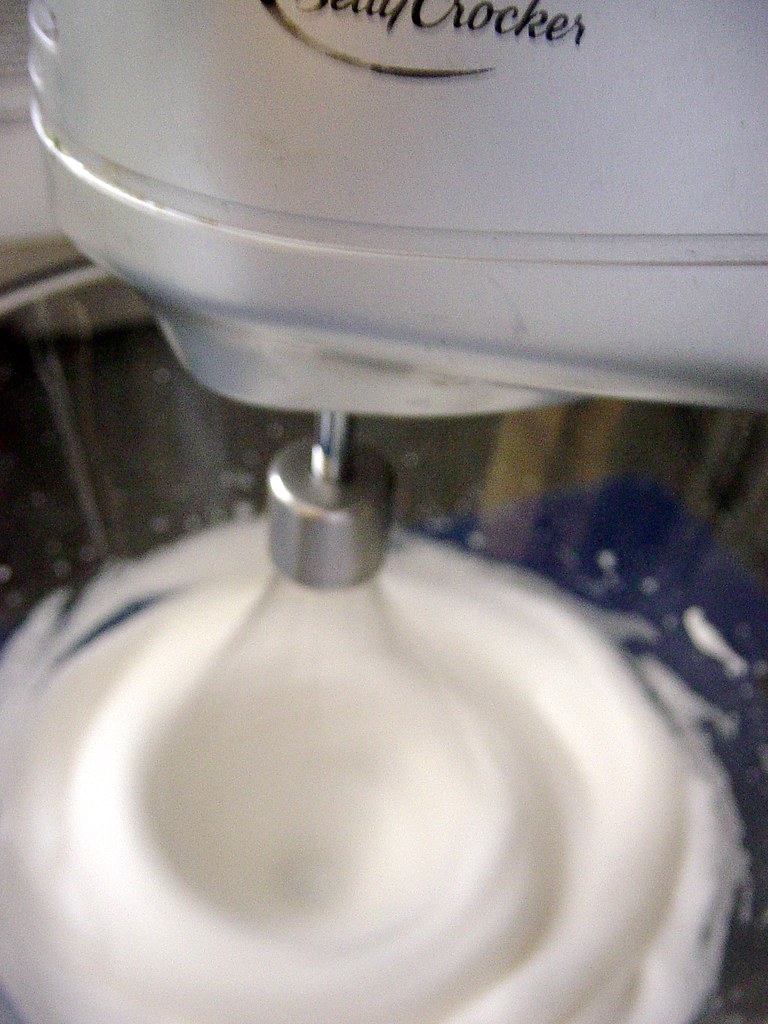 The recipe is simple. You beat room temperature egg whites with some vanilla and almond extract, I used my hand mixer. The recipe also calls for some cider vinegar but I used a little cream of tartar for stabilization instead. A quick and easy way to bring eggs up to room temperature is to put them in a bowl of warm water. The trick is separating them. Eggs separate better if they are cold. There must be zero egg yolk with the whites so either separate them first and let them come to room temperature gradually or warm them up and take a chance separating them. 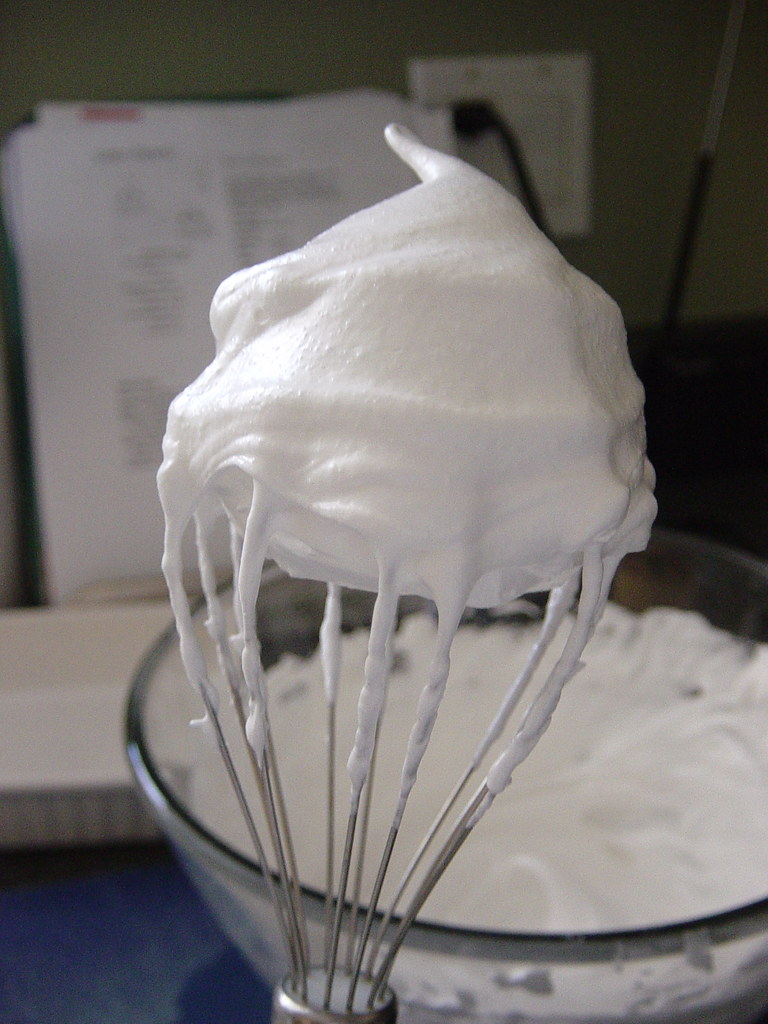 You whisk the eggs until they get to soft peaks, see above. Then you gradually add sugar and I also added some cornstarch which keeps the meringues crunchy on the outside but soft and heavenly in the middle. When the egg whites will get thick and glossy it is time to make the meringues. 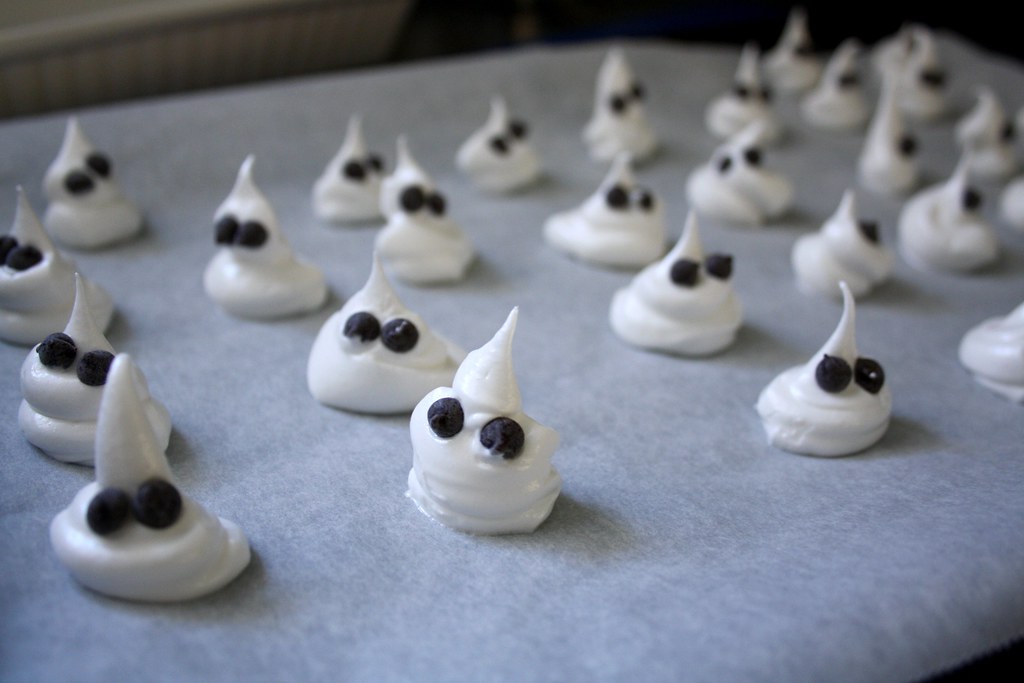 I have piping bags but did not want to use special equipment for this recipe. Instead I used a Zip Lock bag, cutting one of the tips off and squeezing the egg whites through the hole instead. Then I added the mini chocolate chips for eyes and baked them at 250F for 45 minutes. Then I turned off the oven and left them for an hour.

This recipe is not super difficult, just a little time consuming and wow, these mini meringues are delicious! I give this recipe five out of five wooden spoons.