You are here: Home / recipe / Healthier (kind of) Magic Soup Made In Instant Pot (but not necessary) 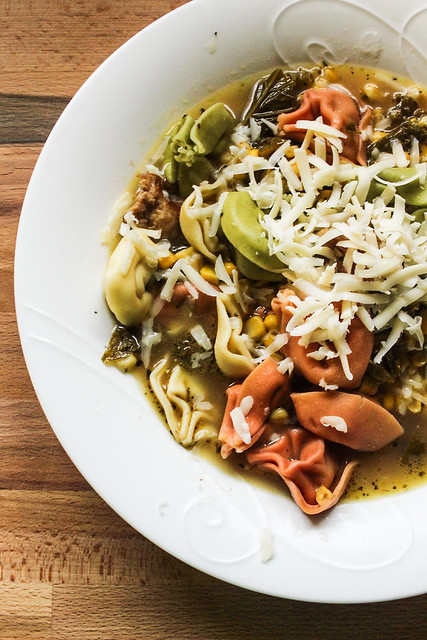 The first soup I ever learned how to make has always been my favourite one so I called it Magic Soup. It is so delicious and full of greens, I never tire of it and have been making it for over 20 years. Holy crap! Twenty years? How did THAT happen? Anyway… 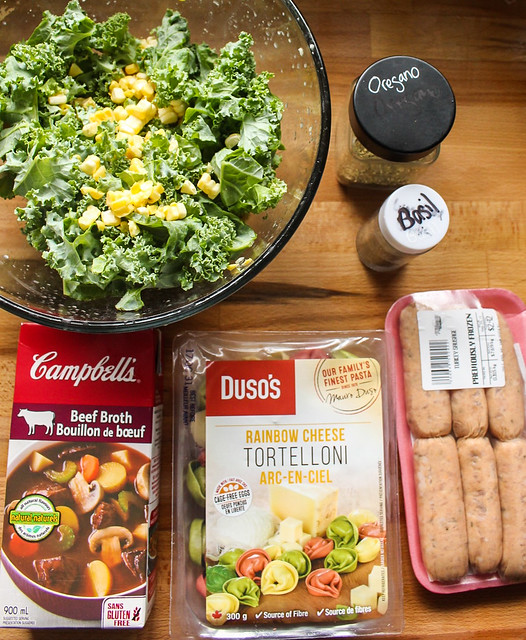 A friend of mine gave me a beautiful bunch of locally grown kale and I decided to use it all in a healthier version of my magic soup. 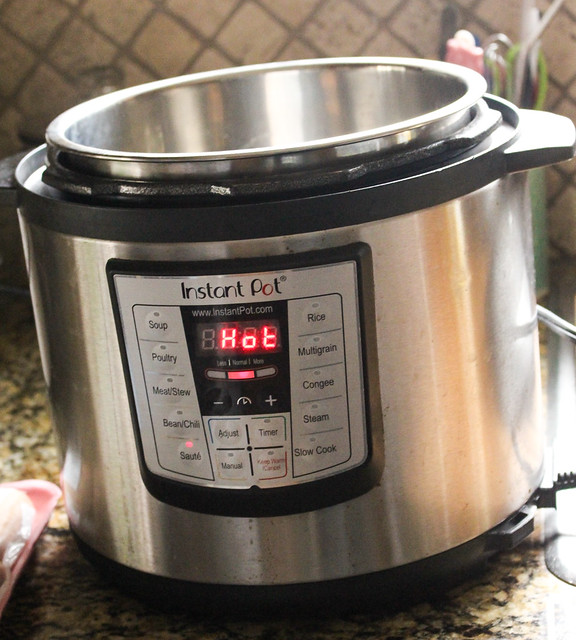 Now I made this batch in my Instant Pot but you can absolutely make this on the stovetop, no problem. 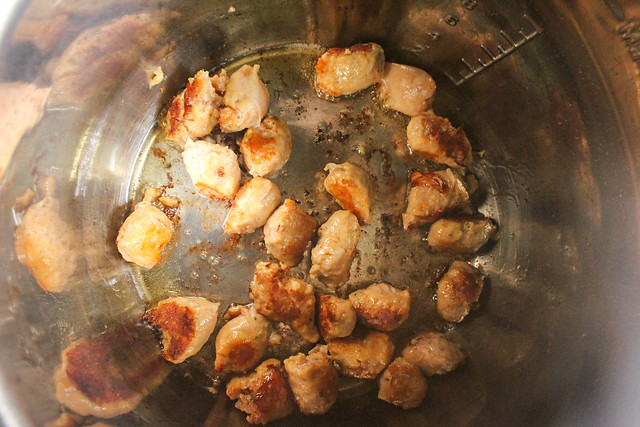 Sauté sausage in 1″ bite pieces in some olive oil until nice and brown. Remove from pot. 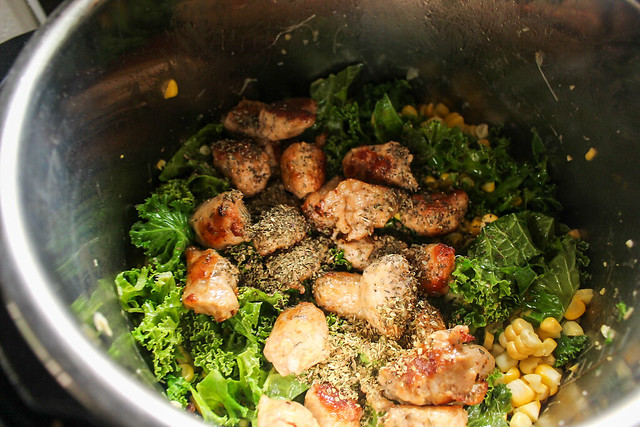 Add a little more olive oil and sauté the kale and the corn until the kale turns bright green and wilts. Then add back sausage and sprinkle with dried herbs and some salt and pepper. 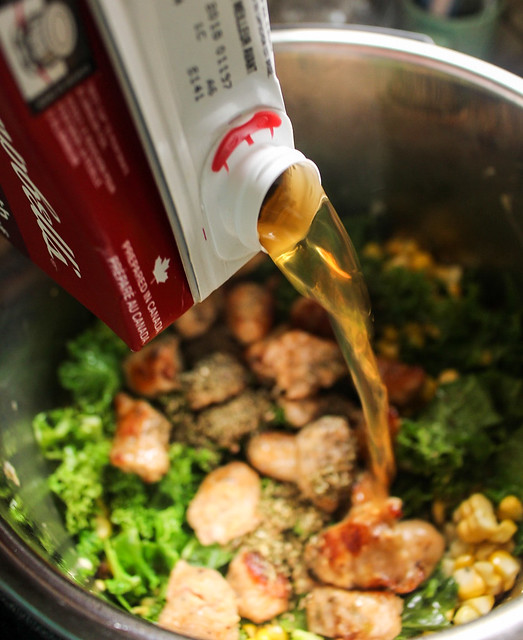 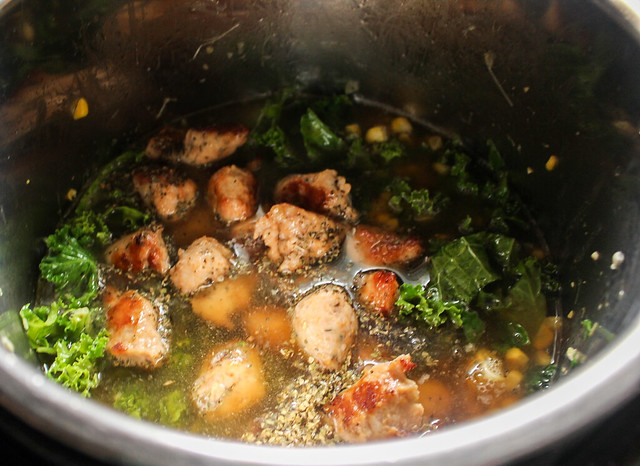 Stir to combine. I only added 4 cups of broth and realized later than 1 more cup would have been a wise idea. 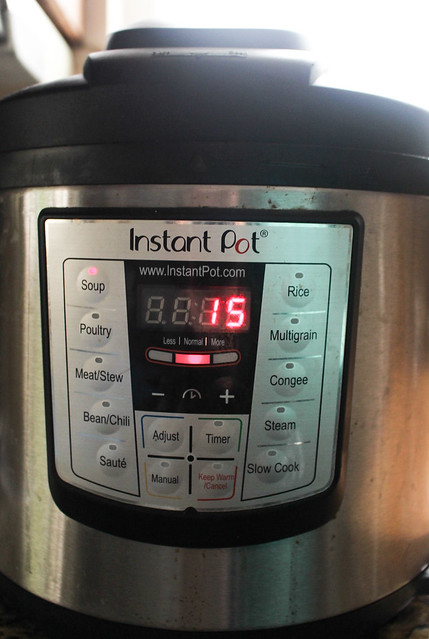 If you are using an Instant Pot secure lid and put on the soup setting for 15 minutes.

If you are cooking on stovetop bring to a boil and then turn down to a simmer for 30 minutes. 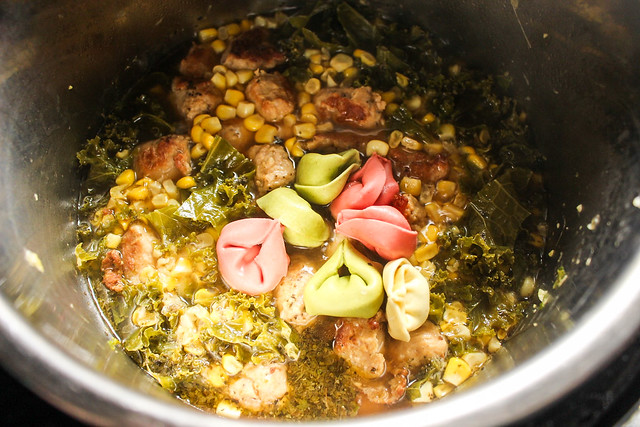 I really did not want to boil the tortellini separately but I knew that putting it in a pressure cooker was a bad idea so when the 15 minutes past I turned on the sauté setting and let them cook in the soup according to package directions. 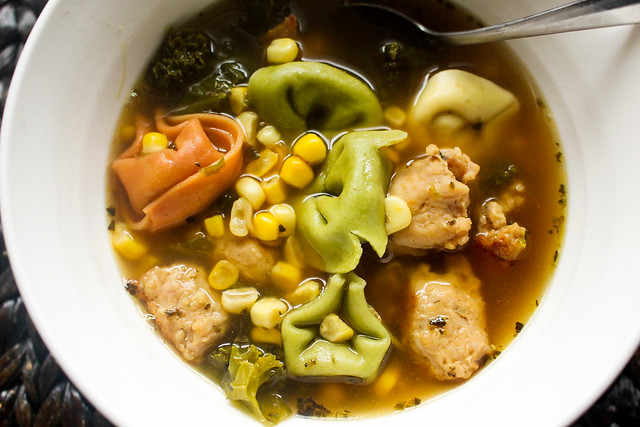 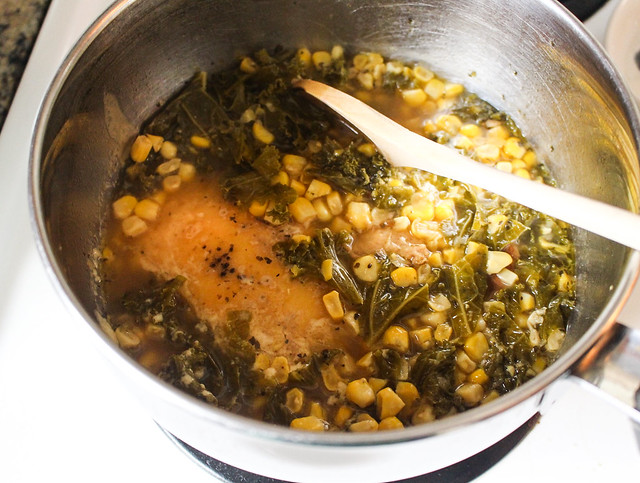 I added it to the leftovers and it gave the soup a beautiful depth of flavour. 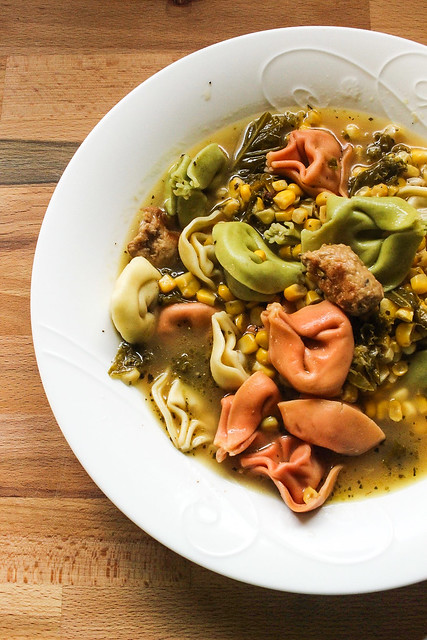 Once again, delicious and health but!!!! 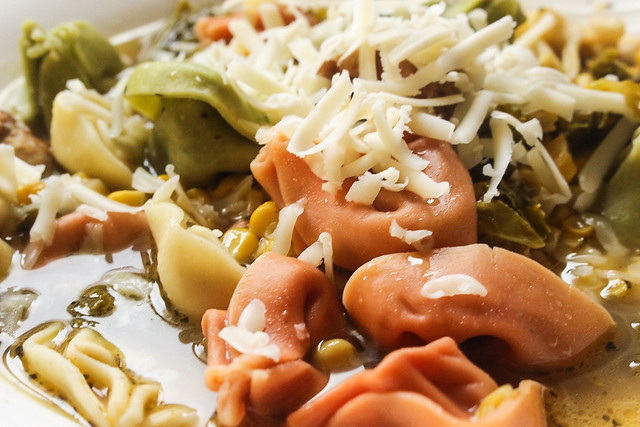 I had to go back to the original recipe and cover the soup with some sharp cheddar. Healthy is good but this? This was fantastic!

My favourite thing about this soup is how the sausage flavours the broth. Using turkey sausage infused it with sage flavour unlike the Italian sausage. The corn makes this a sweeter soup so if you can get your hands on some spicy sausage it would probably be even better with some heat.

Soup season is upon us! It is pouring outside and there is nothing better than a hot bowl of homemade soup to take the rainy blues away.