You are here: Home / cast iron / How to Season Cast Iron Pans 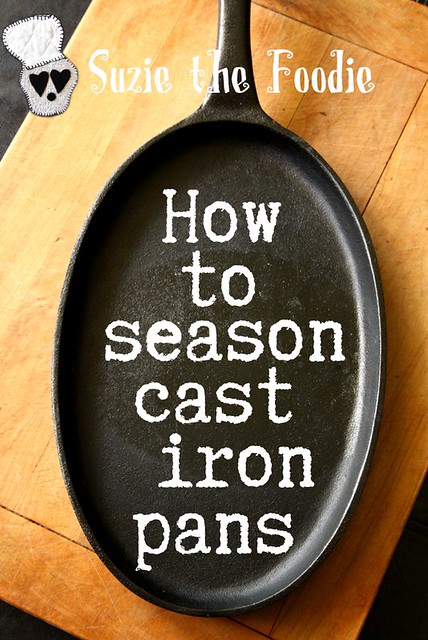 Nowadays most cast iron pans are already pre-seasoned but knowing how to season them is important. 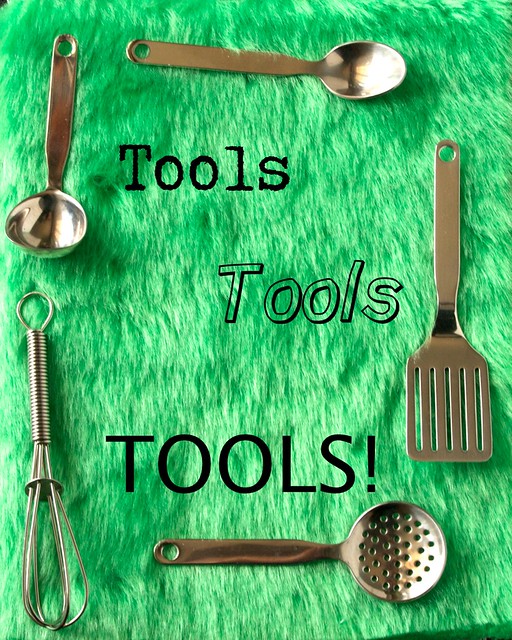 They are such a great cooking tool for the kitchen. They are good for you because they can add dietary iron to food and are fabulous heat conductors. You can cook with them on the stove and then finish off the dish in the oven. I have even used them as a make-shift quesadillas press in the oven! I am always on the hunt for cast iron pans. 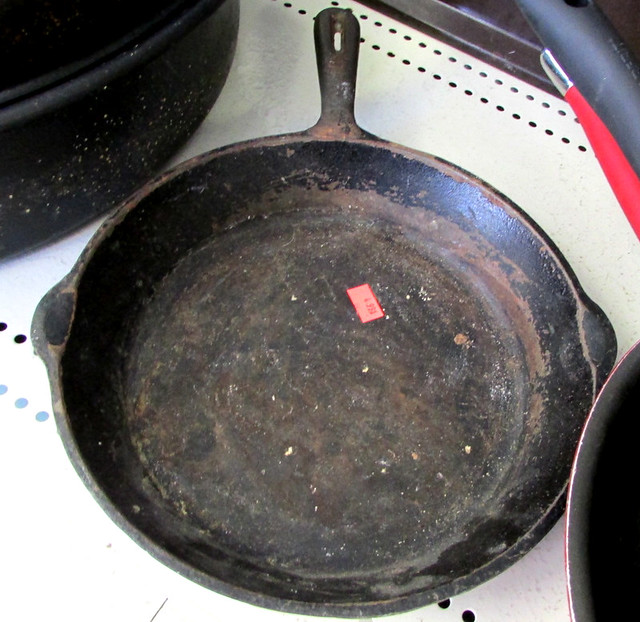 Every time I go to a thrift store, I look for cast iron pans. Unfortunately this one did not make the cut because it was too rusty. Oh the foodie stories this pan could tell! Still, for $4.99, it was too much work.

You can remove the rust but my hands are not super strong and even with my Dremel tool, it sound have been a huge project. Instead I spent an extra $2 and picked up this second hand Cast Iron Fajita Pan instead which cost around 1/4 of the price of a new pan and was in pretty good shape. 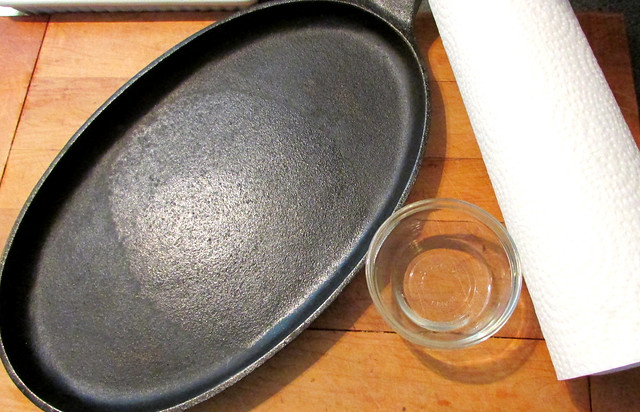 As you can see, the pan was extra-seasoned in the middle but the ends of it had been neglected.

Normally you would NEVER EVER wash cast iron with soap and water but in this case, because it was second hand, I did. Immediately after it dried I got to work. 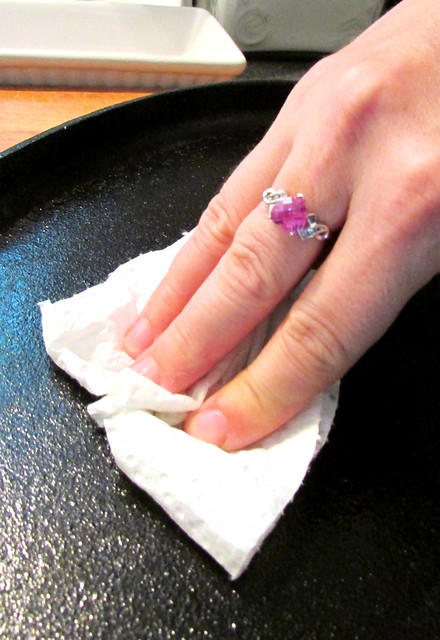 I used paper towel to apply a thin coat of vegetable oil to the entire surface. 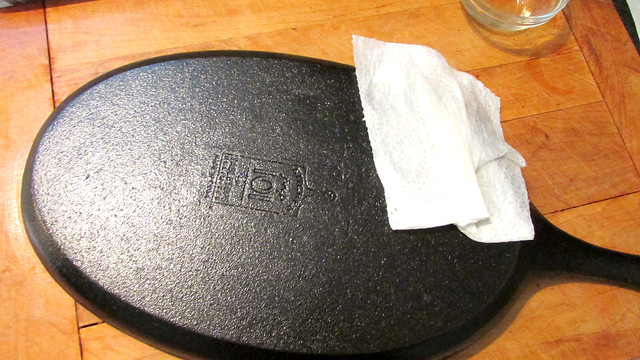 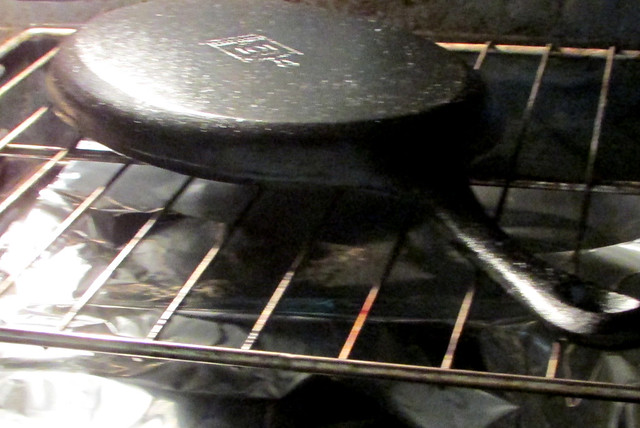 I placed the pan in the hot oven with a sheet of aluminum foil below the rack to catch any drips. Your smoke detector might go off during this process BTW! 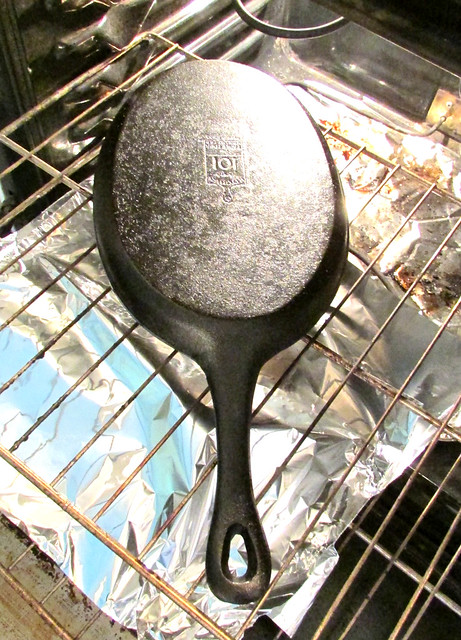 Bake for an hour. Turn off heat and allow to the skillet to cool completely before removing from oven.

The Joys of Cast Iron Pans 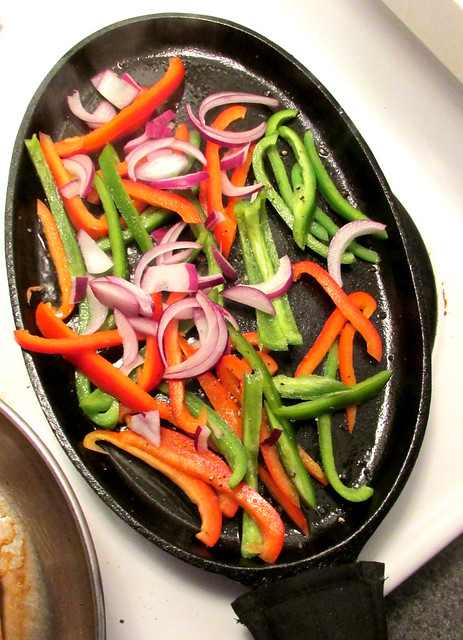 I love this pan! Yes, it is perfect for cooking veggies for fajitas but… 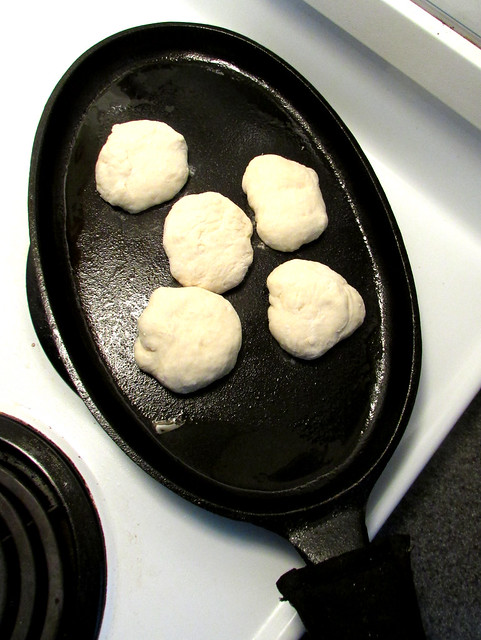 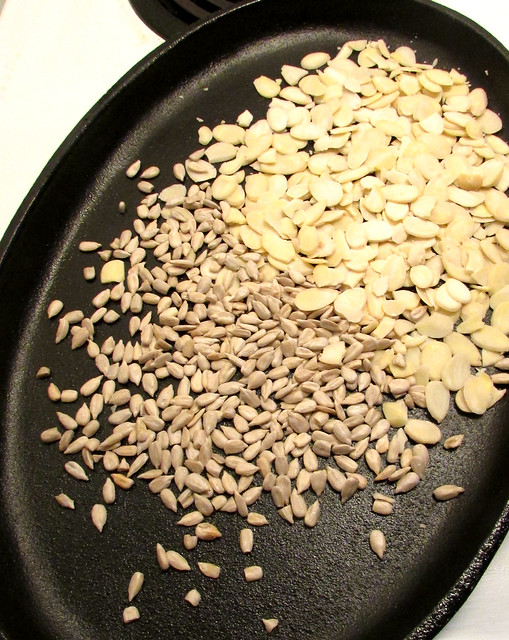 Toasting nuts and seeds… You name it! I am still on the hunt for a traditional cast iron frying pan but for now, I will appreciate my Cast Iron Fajita Pan. 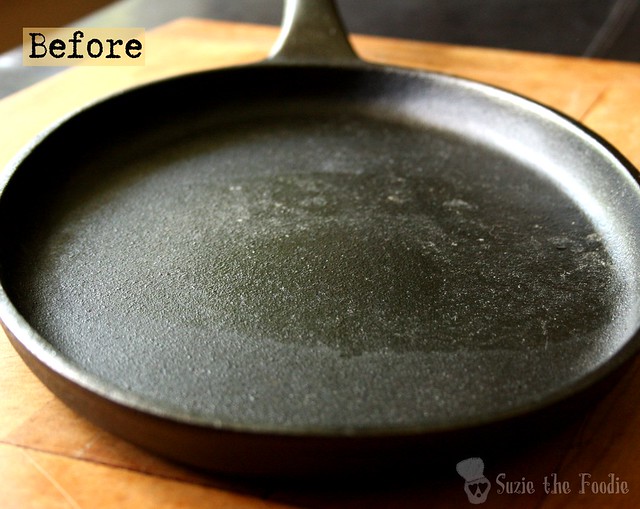 We went from this dry partly-well-seasoned pan to… A pan that is well seasoned that can be used for just about anything you need a cast iron pan for. Not bad for a $7 investment and some time in the kitchen. Now I will make my own stories with this fabulous kitchen tool!