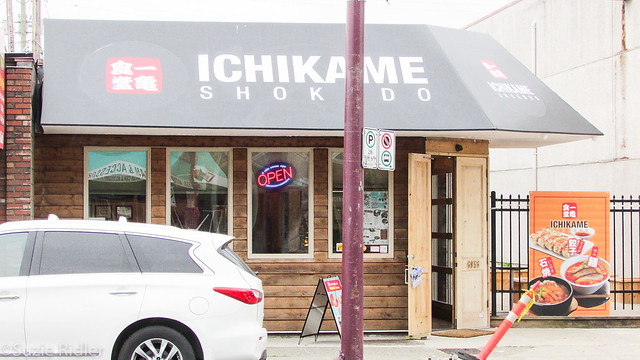 I have been waiting THREE YEARS for Ichikame Shokudo to open at 6956 Victoria Drive at 54th Avenue. Reg and I would walk by what used to be an Iron Chef restaurant and see them working on it on our way to D&D. Once the people working there said to me that it was going to be a ramen place and I got extra excited. After two years my excitement faded and was replaced with disappointment. Until… 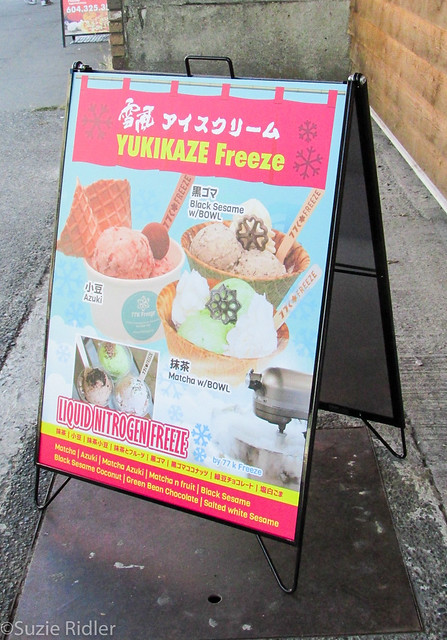 Three years later I saw this sign for Yukikaze Freeze and realized the restaurant was actually open! 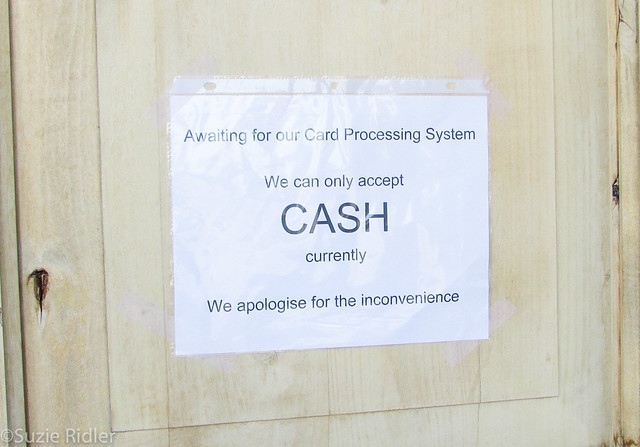 Clearly they had just opened because their card processing system was not working yet but who cares? A new ramen place had opened up in the neighbourhood and I wanted to check it out before we had to move. 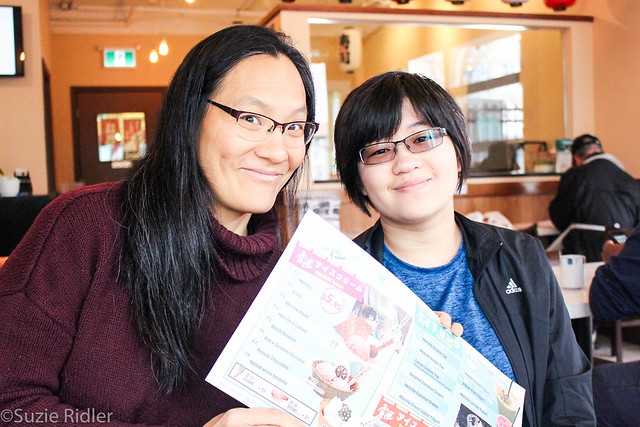 I invited my friend Vicky and her daughter Esther to join me. I was thrilled that not only were they also excited to check it out, they had a ton of ramen-eating experience which was perfect since I am still quite new to the foodie phenomenon. 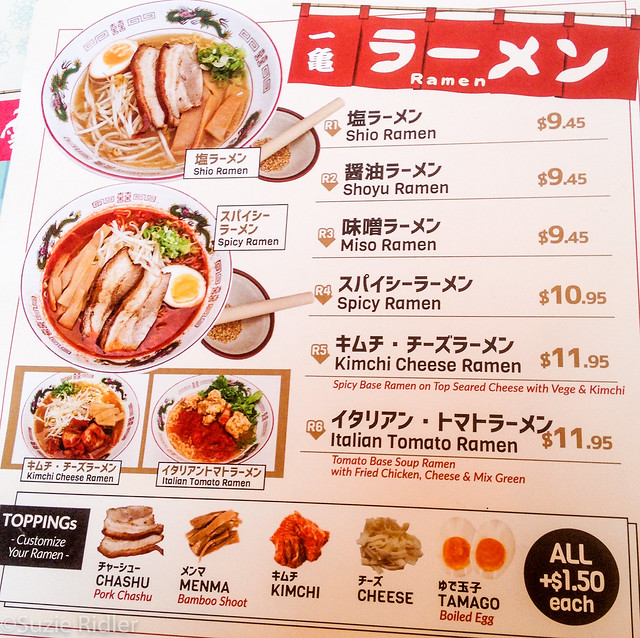 Online the first reviews have been quite harsh that this is not an authentic ramen place. Considering they have Italian tomato ramen and kimchi cheese ramen, I can kind of see why. Dairy, in general, is not very Japanese.

Looking at the menu it appeared as though you needed to order your topping separately for $1.50 each but it actually is for additional toppings, such as an extra tamago egg. As a result, my bowl of ramen was under $10! 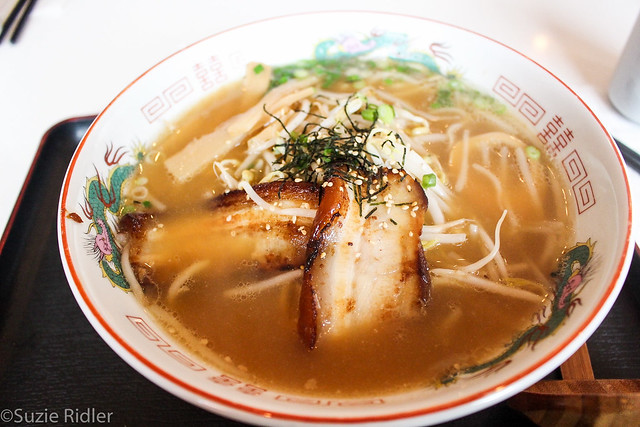 I must admit the pork that came with the ramen at Kokoro was a little too fatty for me so I was a little nervous about Ichikame Shokudo‘s chashu pork. I am happy to say it was quite lovely! It was lightly seared and melted in my mouth. I was quite shocked. I usually can not eat fatty meat at all.

The egg that came with my ramen at Kokoro was just a boiled egg. The egg here was a real tamago egg which means that it is a marinated soft boiled egg! Sometimes they are marinated in sake, soy and mirin. The one in my ramen was absolutely delicious and a total joy!

Overall I enjoyed every slurp of Ichikame Shokudo‘s shoyu ramen and especially appreciated the wooden ladle that help with the eating process. Esther enjoyed the soup too, especially the noodles, but for her this was a pretty good bowl of ramen. Not the best she has had and not the worst. 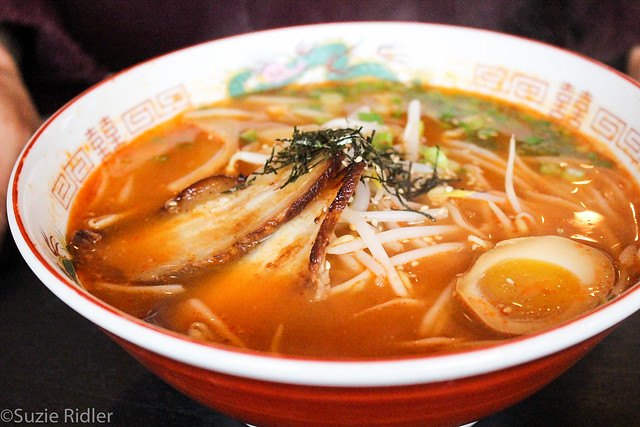 Vicky was pleasantly surprised that the spicy ramen was not ridiculously hot. In fact it took a while for the slow burn to get to her and she agreed with Esther that it was a good bowl of ramen but she has had better. We were all impressed with the chashu pork. They shared with me that the actual bowls are more of a Chinese-style than Japanese. 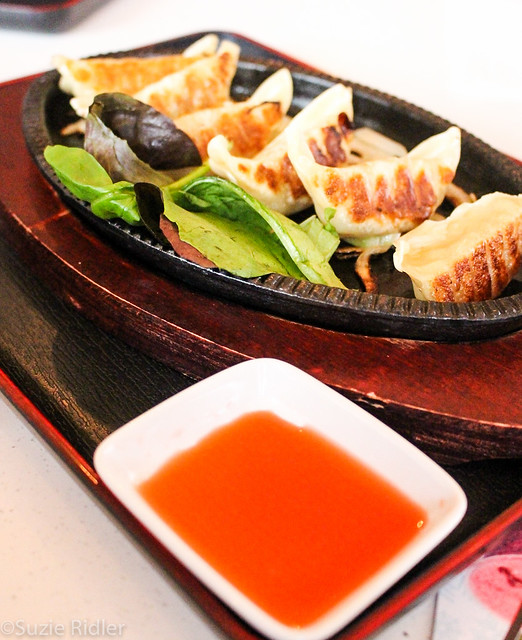 Online people were very happy with the gyoza so we ordered the hot plate of pork gyoza and I thought they were pretty good. Filling, tasty but not super memorable. 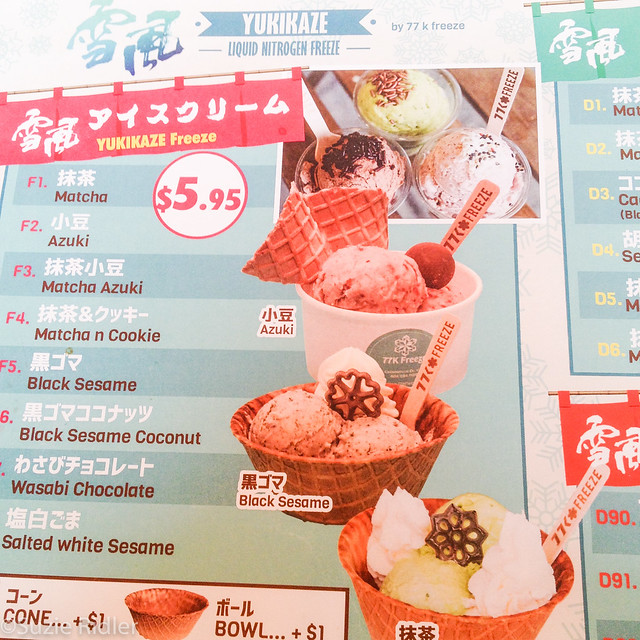 I have been wanting to try liquid nitrogen ice cream for so long now so I got a taste tester of the matcha n cookie ice cream. The texture was really odd from the cookie and the ice cream in general was quite stringy which did not appeal to me, unfortunately. 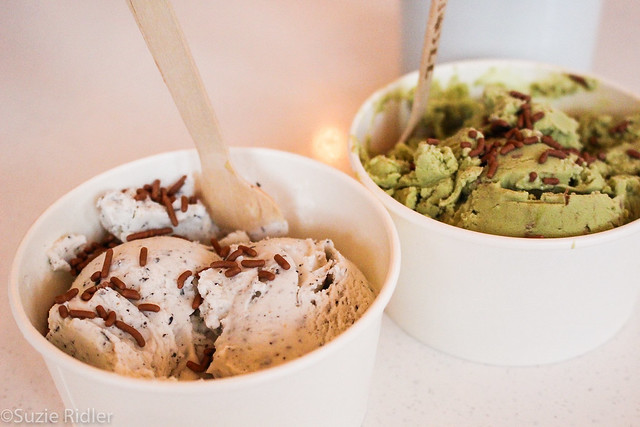 Vicky went for the black sesame coconut and Esther got the matcha. They both were impressed with the ice cream but also experienced the odd stringiness with their two scoops. 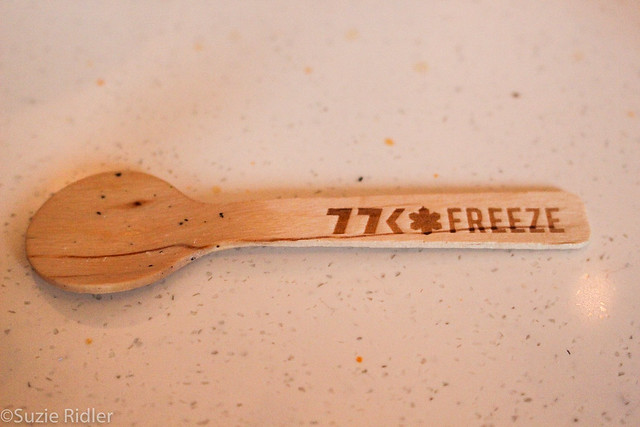 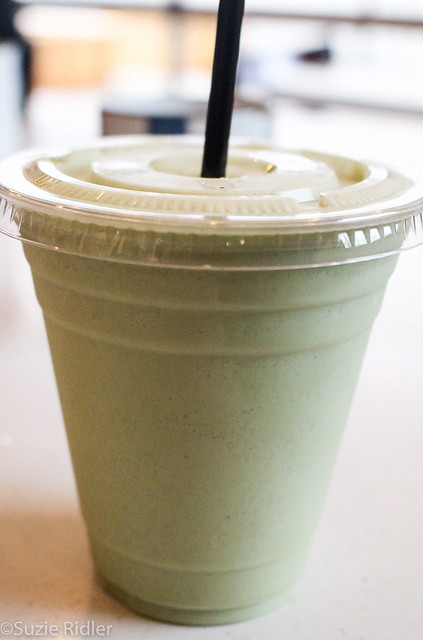 I ordered a matcha lychee smoothie-style drink instead and after that ice cream… Damn! NOT sweet! I realized it had been a mistake. That warm cozy I-need-a-nap feeling after having ramen on a dark rainy day was gone and I was immediately chilled to the bone. Vicky experienced the same thing. That warm glow from her spicy ramen dissipated with her black sesame coconut ice cream. Live and learn!

Welcome To The Neighbourhood 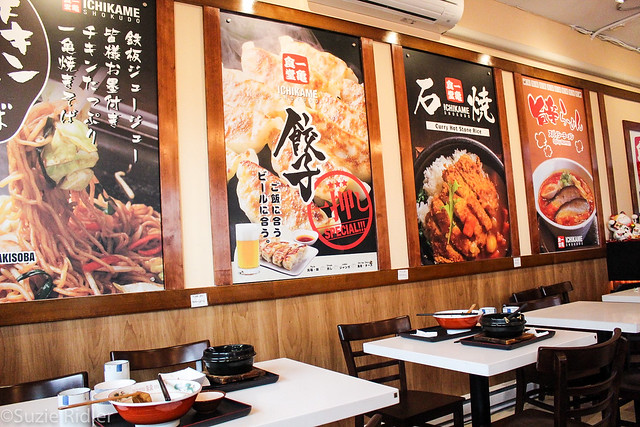 Overall I actually enjoyed the ramen experience more here than at Kokoro. It is a much smaller location with a less cozy atmosphere but the ramen toppings are far superior. Clearly the neighbourhood is happy with the opening because it was packed the entire time we were there with lots of people enjoying the food along with us. I am sad that after they finally open I am going to have to leave the hood but I am grateful I got to go at least once with fantastic company.