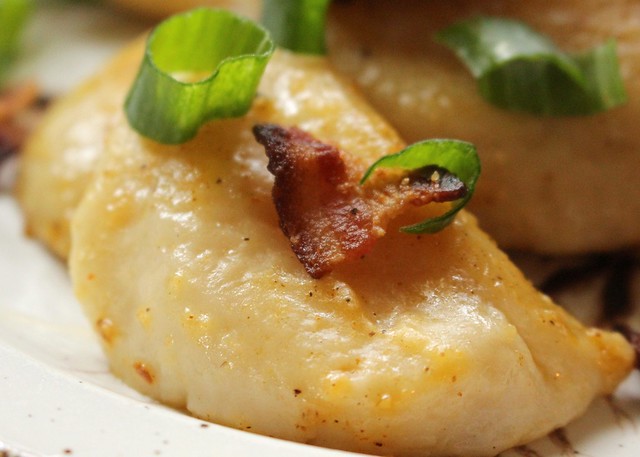 UPDATE: Many people have had their pierogies all apart using this method so I recommend you try steaming them on a trivet instead OR putting them on low pressure for a shorter period of time. I think my Instant Pot which is one of the originals is not as powerful as the new ones. They seem to be obliterating pierogies!

A friend of mine on Facebook mentioned she used her Instant Pot for a ton of things lately, including pierogies! I was fascinated so I had to try it myself. 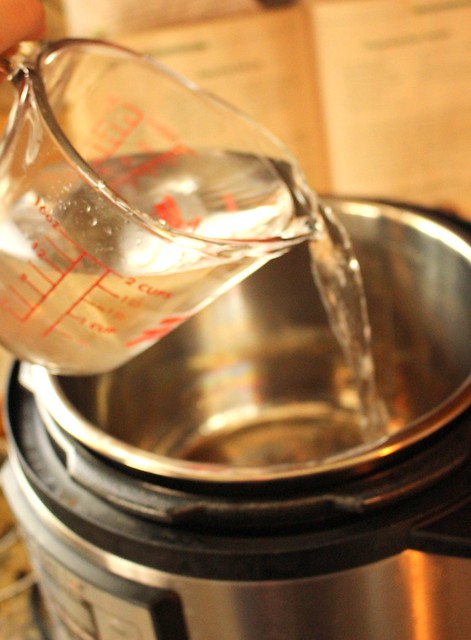 Into my pressure cooker went 2 cups of water. 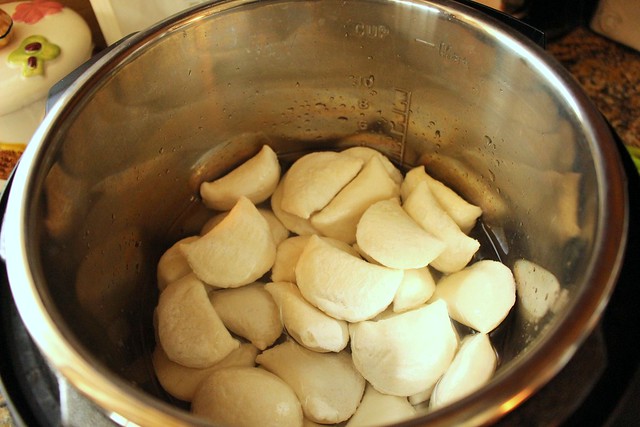 I added the frozen pierogies but needed more water. You want enough to almost cover them.

Please see original note about pierogies exploding at beginning of article. Try steaming them on a trivet or put them on low pressure for less time. 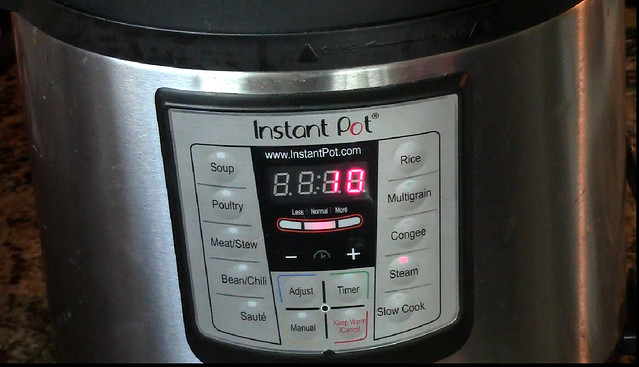 I selected the steam cycle for 10 minutes. It took at least 10 minutes for the pressure to build up so take that into consideration when you are making the fixings and sides to go with them. 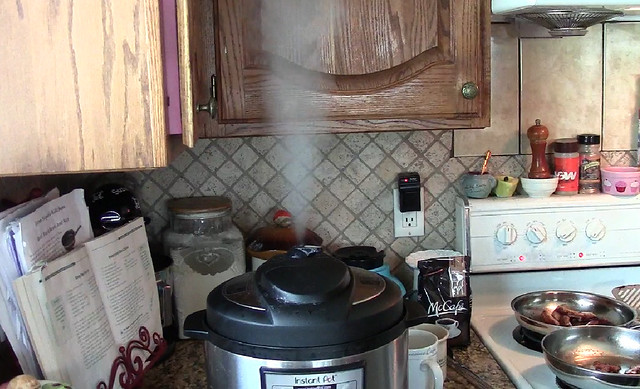 I released the pressure and see, I have my turkey sausages and bacon bits almost all ready to go. I also already have my cast iron pan nice and hot for the pierogies. 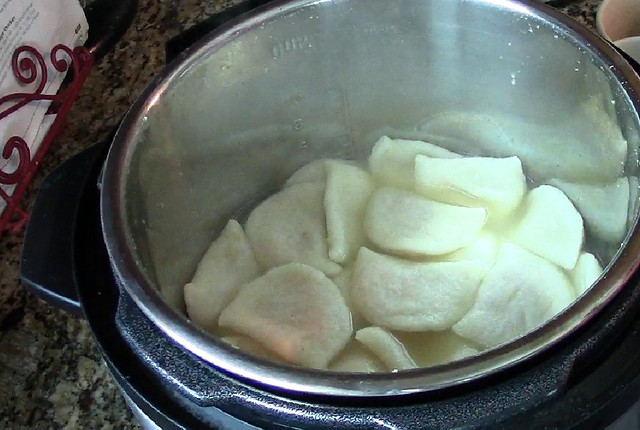 The pierogies were so tender and one of them had opened up. No problem. 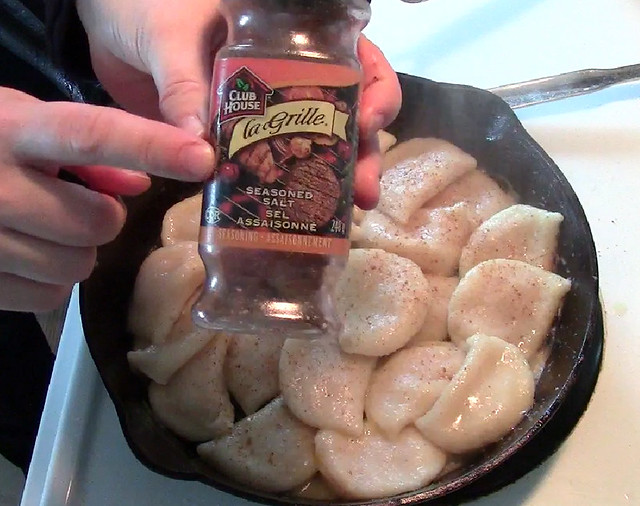 I fried them up in a cast iron pan in olive oil and butter with some Club House Seasoned Salt which contains no MSG. I could not find it on their site, so I hope they still make it—I am running out! 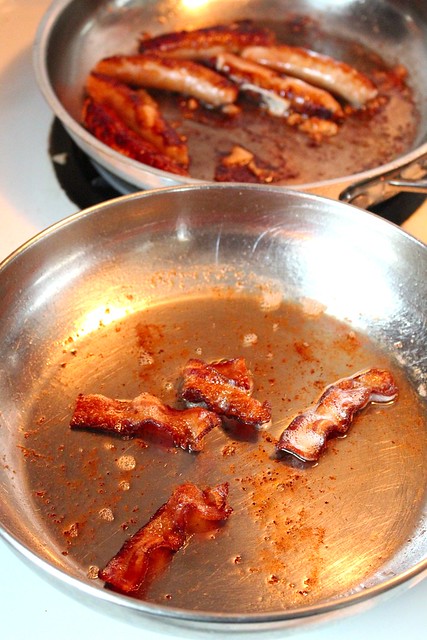 By the time the pierogies were done the sausages were cooked, the bacon was ready to be crumbled… 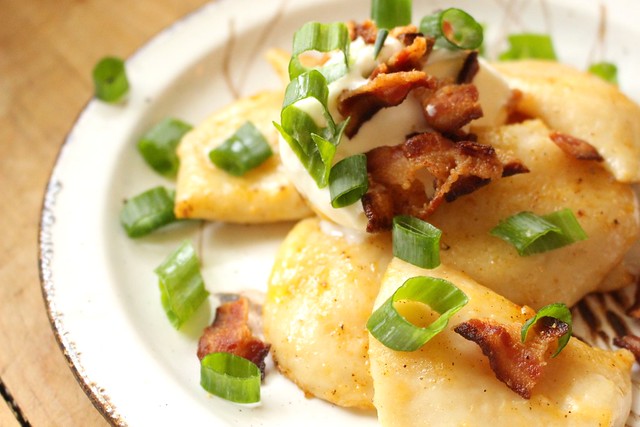 With it being the long weekend I went all out and added sour cream, green onions… If I had fresh dill I would have added it too. 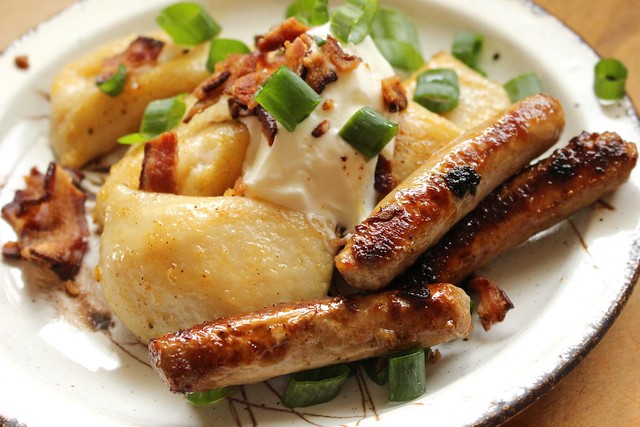 I agree with Reg, these were like eating ravioli, so tender and delicious. I hate to admit this but I usually nuke mine in the microwave to defrost and then fry them up so they are super crispy and ready to explode.

I do not know if these are better than boiling them, I just know that they were tender and delicious. Once again Instant Pot, you rocked my foodie world.