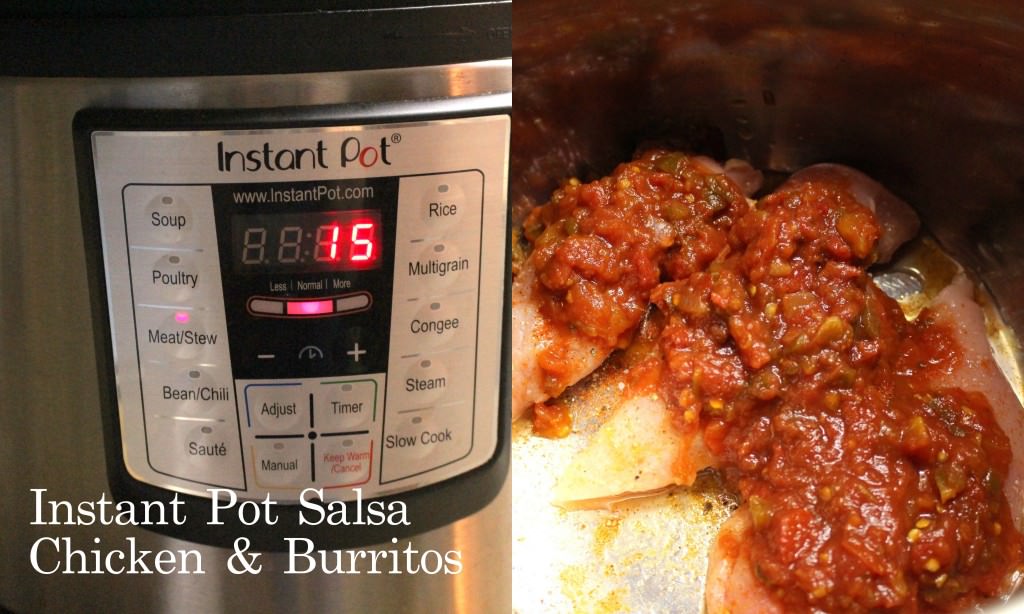 This post is about how to make salsa chicken in the Instant Pot but it is also about getting the most flavour you possible can into your burrito. You can of course make this in your slow cooker or on the stovetop instead. 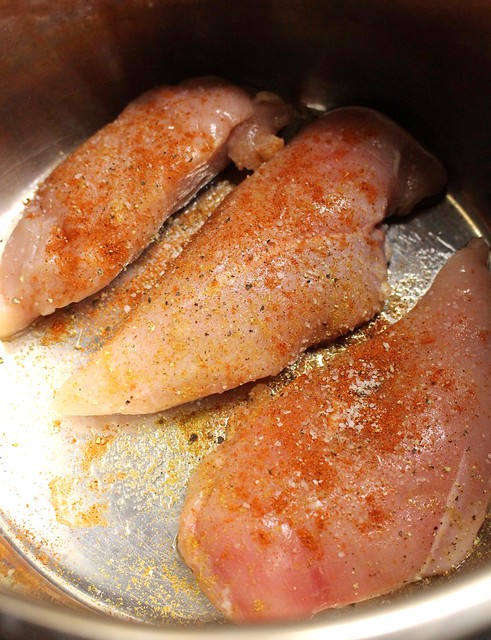 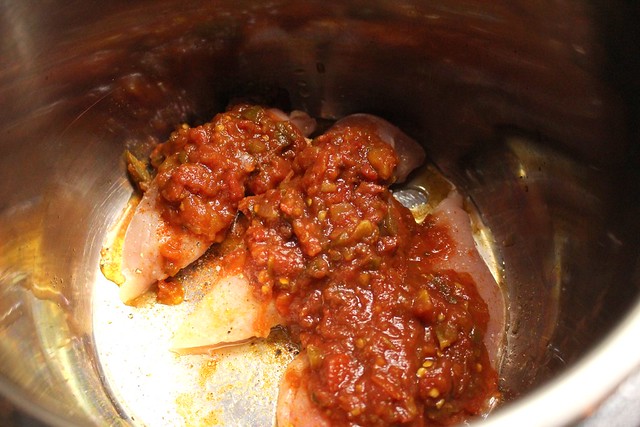 We had this salsa that was a little too spicy for us so I decided to use it just on the chicken to add flavour and dimension to our chicken burritos. 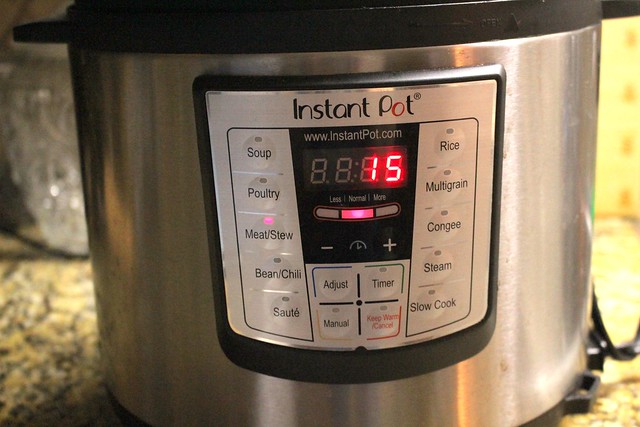 I put the Instant Pot on the meat setting for 15 minutes. Remember, it takes a while for the pressure to build up so it was more like 20-25 minutes. 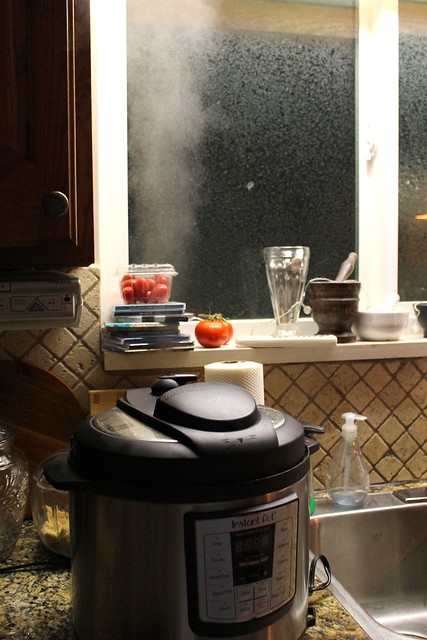 I released the pressure ASAP. 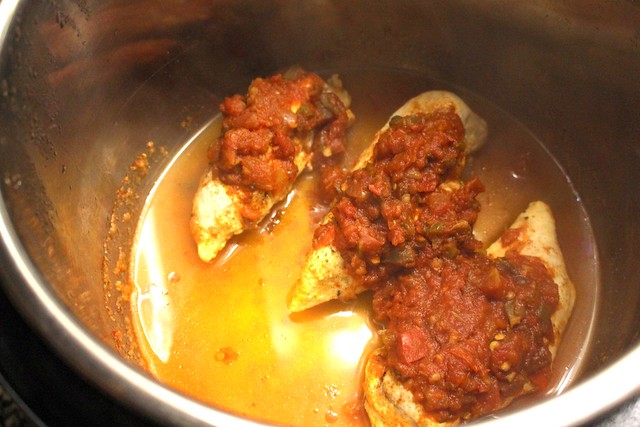 The chicken released a lot of its juices but soaked up a lot of that salsa. 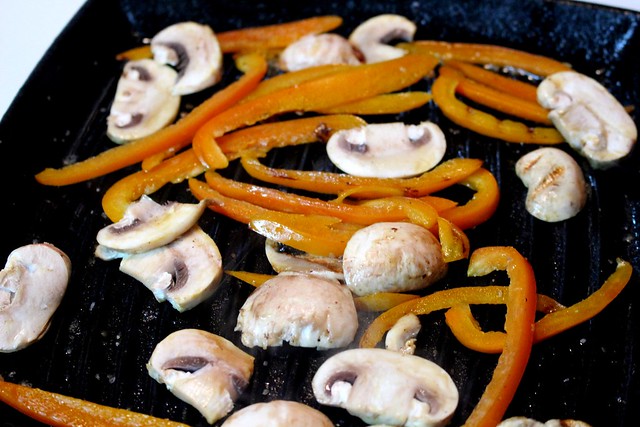 I grilled some thinly sliced orange peppers and mushrooms. 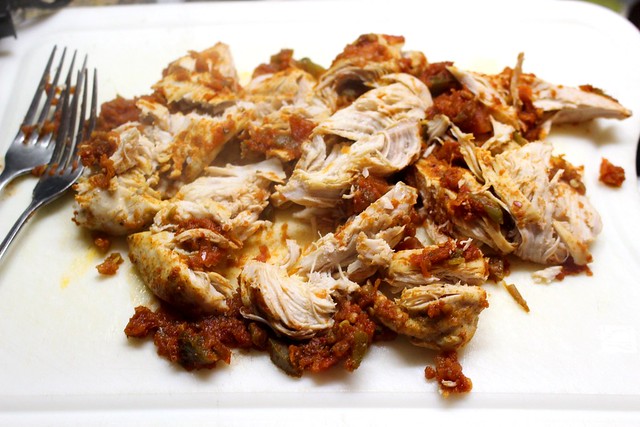 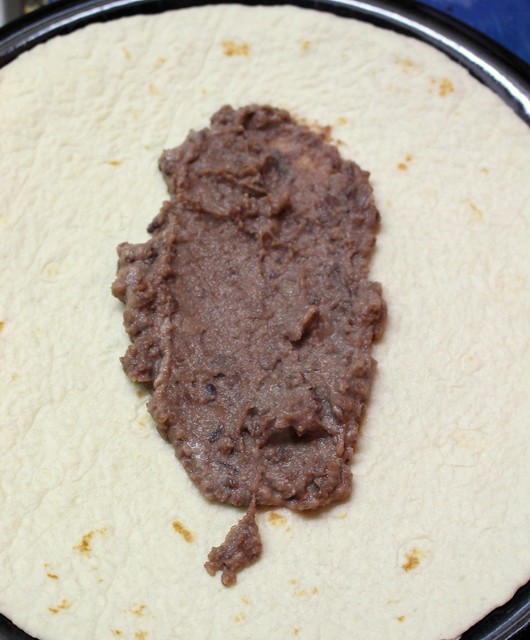 I put a layer of my ranch-flavoured refried black beans on a tortilla. I know, this sounds weird but trust me, it makes all the difference! 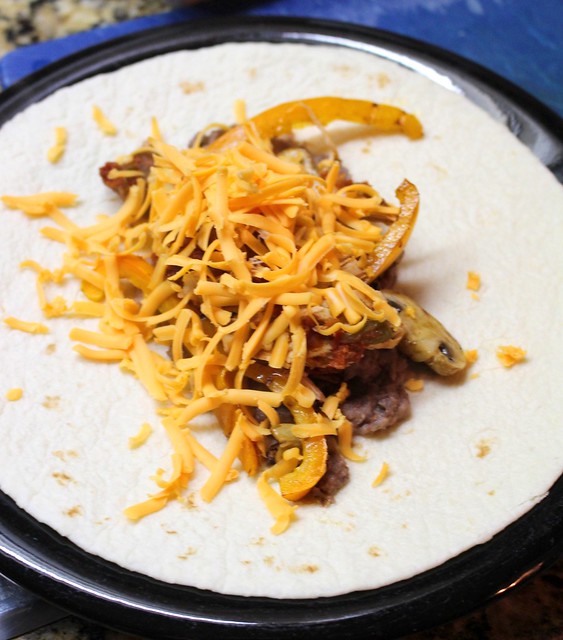 I added the chicken, the veggies and some shredded old cheddar. Again, flavour BAM! 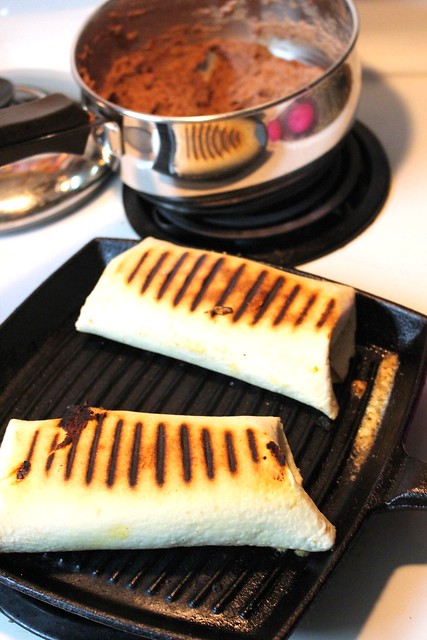 I put them on my grill pan and let the foodie magic happen. These were sooooo delicious! The chicken was flavourful, slightly spicy, tender but not falling apart which can happen when you use a slow cooker. I used to make chicken burritos with just plain chicken but having the chicken cooked in salsa added so much more flavour.

I love it when a recipe comes together.