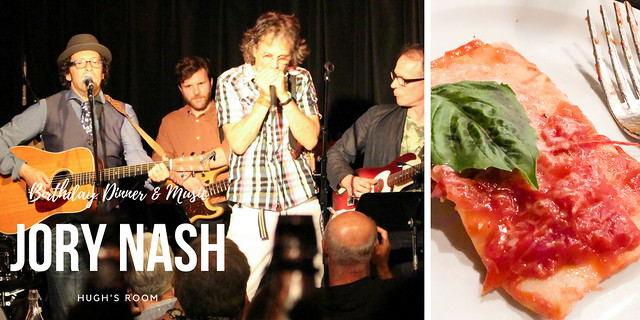 You know how there are nights were everything collides and feels meant to be? That is what it was like at Hugh’s Room at 2261 Dundas Street West on Saturday June 16. It was on a friend’s birthday and the performer was Jory Nash, a fellow high school student who I used to listen to attentively during school assemblies. He always had a beautiful writing style and I always remembered his song about the girl who wore ribbons in her hair. Old friends come together. Great music. Everything feels kismet.

Too bad the food sucks. 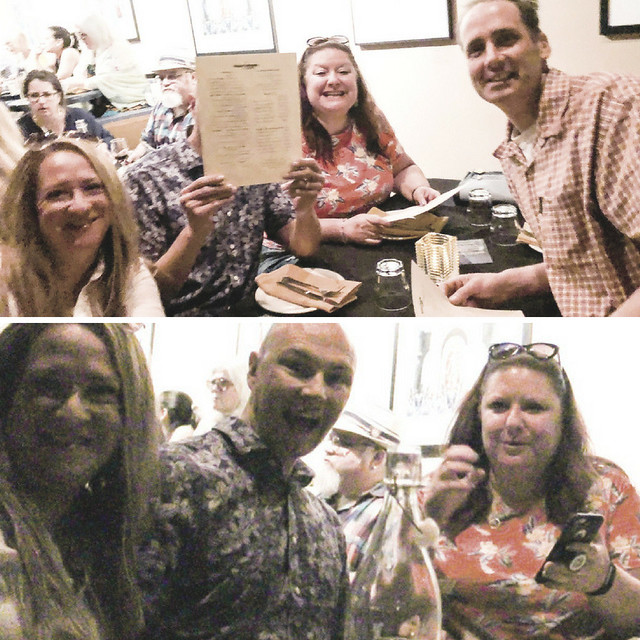 There were also some logistical issues like a wall between us and our other friends. Said wall interfered with people at our table being able to see the show. Still, laughter and shenanigans reigned the night.

I tried to photograph the place but it had zero natural light and it was “atmospheric” inside (AKA very dark). As a result, I had to come up with creative editing for just about every photo of this post. Also, if you are disabled and/or mobility impaired like I was wearing my boot, the washrooms are down, down, down… many stairs. 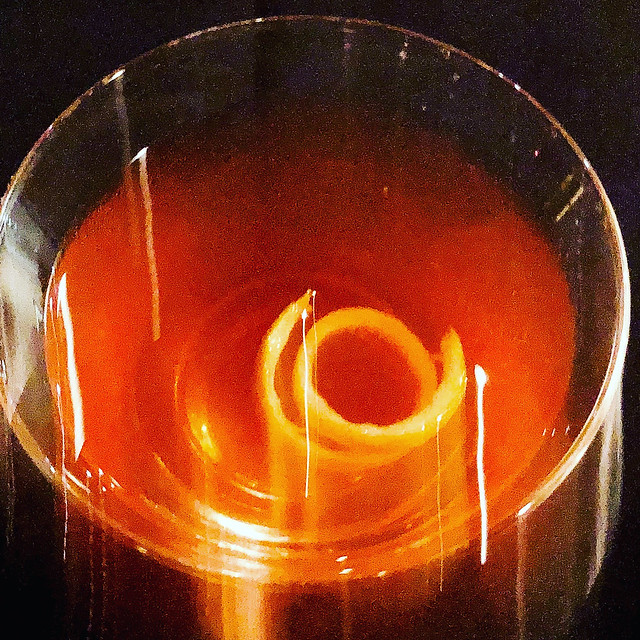 You know I never drink. At least I never did until I came back home. The birthday boy bought us all drinks and I had no idea what to order. My friend suggested a cosmo. Cranberry juice and alcohol? Hell yes, I will have one, thank you! I only had one drink but you can not tell from the photo. So dark!!! Trippy… The drink, not me. Cosmo on quite a few levels. The drink was excellent. It was a perfect choice for me. 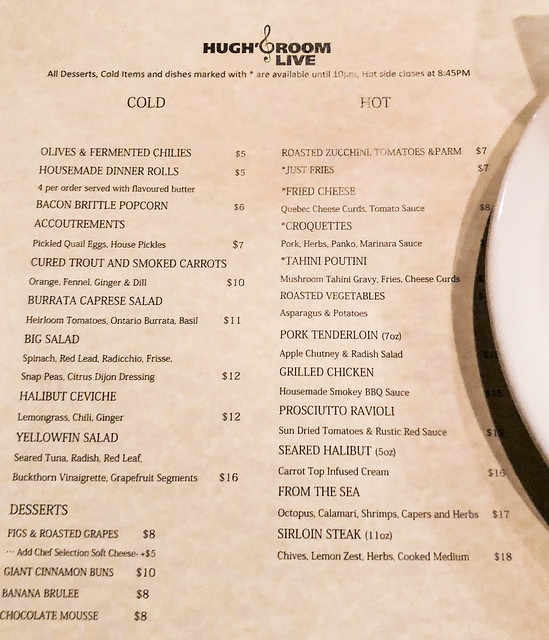 This place has terrible reviews online. Nobody said they really liked the food. In fact they complained that the portions were small so it was tapas-style eating but full prices for everything. I wanted to keep an open mind and just see what we all thought. We ordered a bunch of different items and then the show began. 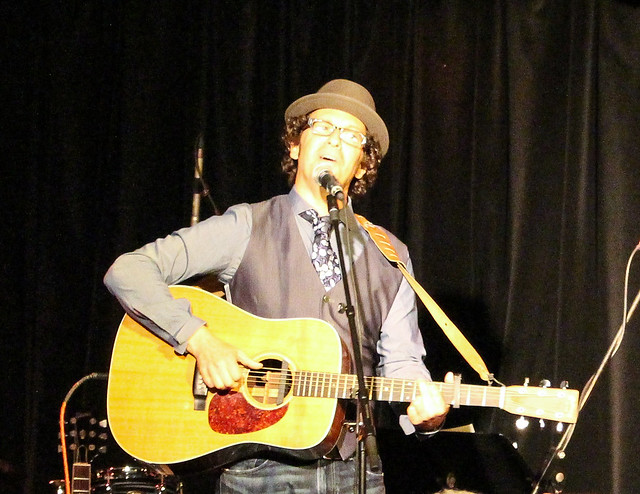 I knew Jory would not disappoint. I love that he started the evening with just his guitar playing his old songs which is my personal favourite style of folk. As the night progressed, more and more members of the band appeared, another singer who sang stunning harmony… We listened to lots of stories and music as we ate our food. 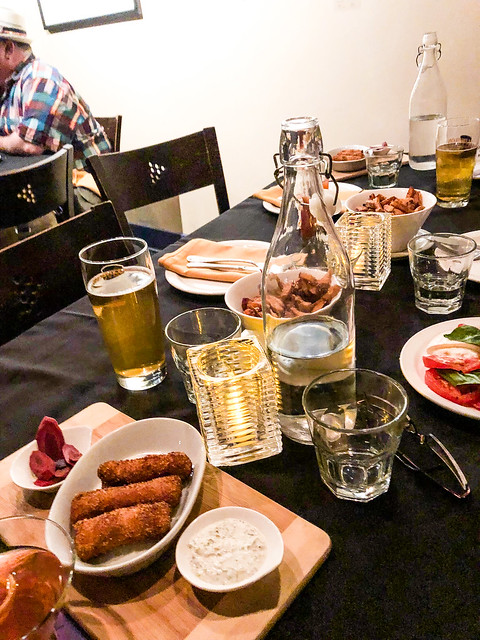 The food started to arrive. The night began with over-priced fries that were not particularly good, over-salted croquettes (we all agreed on that one) and a plain but not thrilling Burrata Caprese Salad. The underwhelming salad and small portion of fries did not surprise me but the croquettes being so salty worried me. 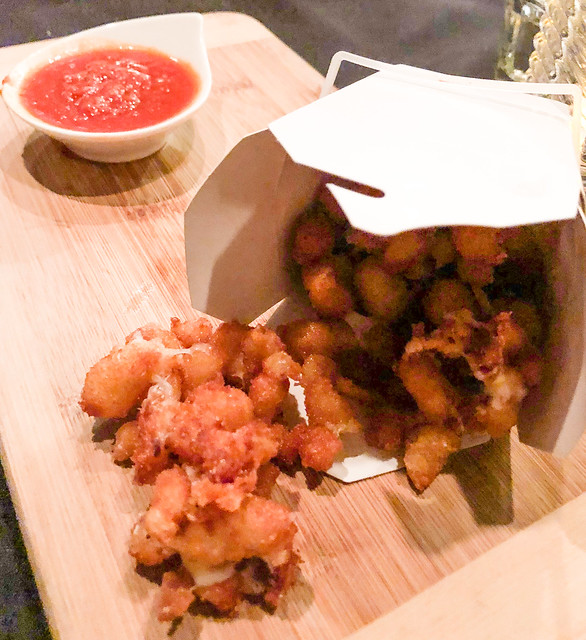 The fried Quebec cheese curds was absolutely flavourless and the pieces were so small that all you could really taste was the breading. That plain tomato sauce sure did not help. 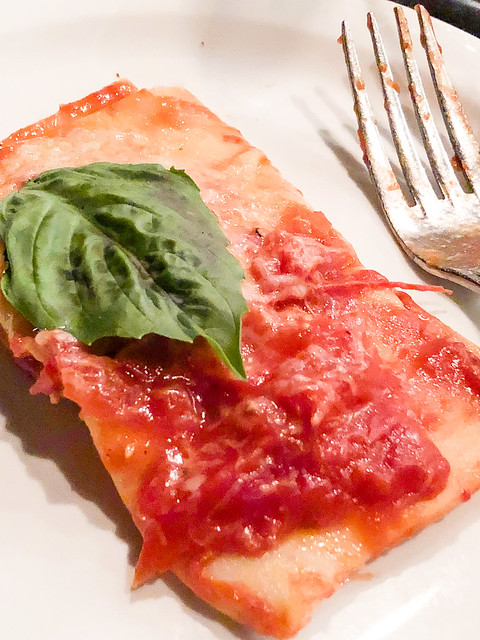 This was the dish I was waiting for: Prosciutto Ravioli with sundried tomatoes in a rustic red sauce. You know I love pasta but this was too thick and tough. Unforgivable. There were quite a few sundried tomatoes but where the hell was the prosciutto? I think I had one small bite. #whereisthemeat? 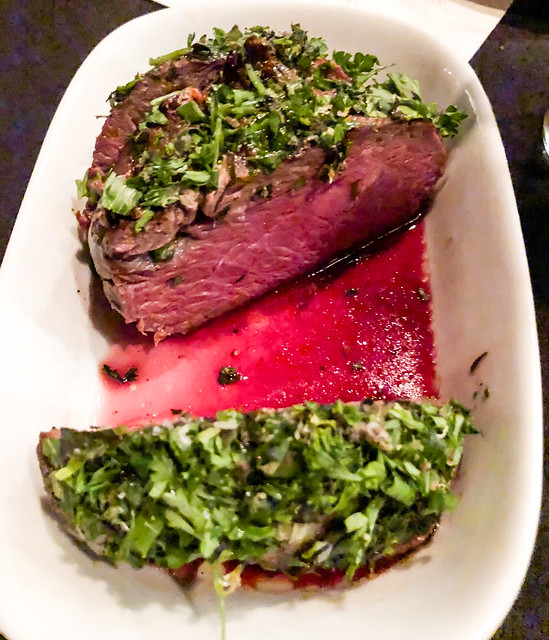 The happy surprise that saved the night for us meat eaters was the sirloin steak. The meat was cooked more medium rare than medium but it was quite tender and flavourful. I always wish there was some kind of sauce because I could not personally taste the chives or lemon zest. That was partly due to the fact that the meat was very flavourful. 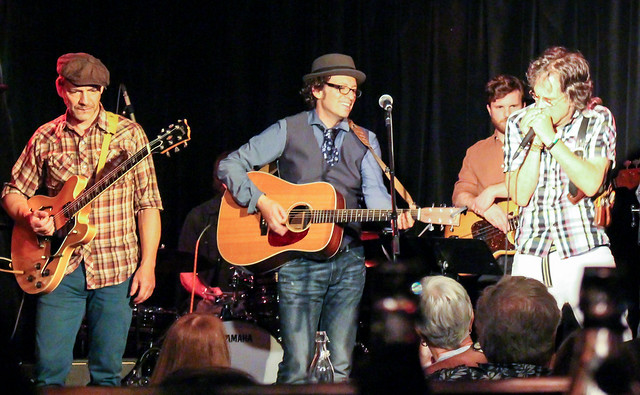 We did not bother with dessert but that is OK because Jerome Godboo from The Phantoms went on stage to play with Jory! He is a freakin’ legend in the harmonica world (OK, yes, I used to REALLY care about music, even more than I love food now) so I freaked out and was in nirvana. Perhaps it was the cosmo? I just knew I was happy.

I really did want to like the food but everyone online is right, you to go Hugh’s Room for the music. The stage is visually accessible from almost every table but ours. If you are buying tickets, stay away from the table with the obstructed view/the wall because the best part of the night will be the music.

The worst thing you can do to me as a food writer is bore me. The second thing is not know how to make pasta. The third thing is over-seasoning the food. A good sirloin is not going to save you but you can make one hell of a drink.

I give this eating experience a two and a half out of five wooden spoons.