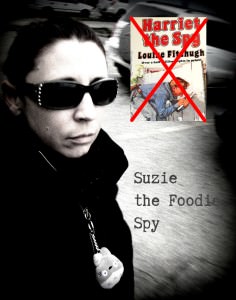 Since I was a little girl, I wanted to be a spy. I wanted to be the girl with the notebook trying to get intel on the bad guys and get them into serious trouble. No one ever pays attention to me anyway and oh the secrets I could get! But then I realized I am not mean. Damn it!

The good thing is as an adult, I can be a positive foodie spy and share all the treasures I find with you and in this case… Perhaps a little intel?

When I moved to Vancouver the first time in 2000 I used to walk by Kent’s Kitchen with some interest. It was always so full of people in this tiny little space but I never went in.  I was on the verge of becoming a vegetarian and found the hanging BBQ meat in the window intimidating. Hard to believe that was ever me! 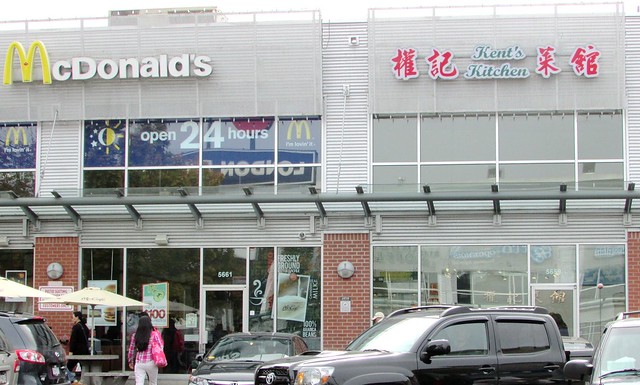 Kent’s Kitchen is located at 5659 Victoria Drive in Vancouver and inside this little shopping centre. It sits right beside McDonald’s and across from Starbucks, which was a Roger’s Video Store way back in the day. 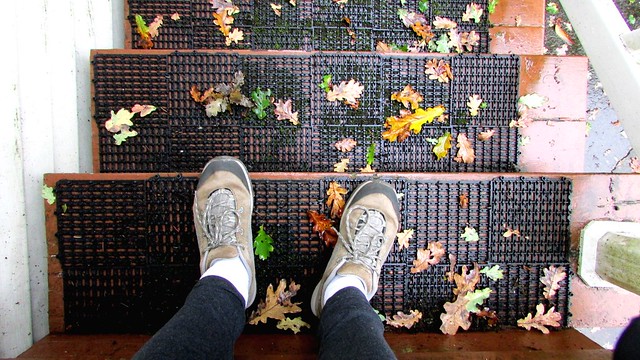 After this move to Vancouver I was determined to get over my social anxiety and walk down to this crazy-busy location and get some food! 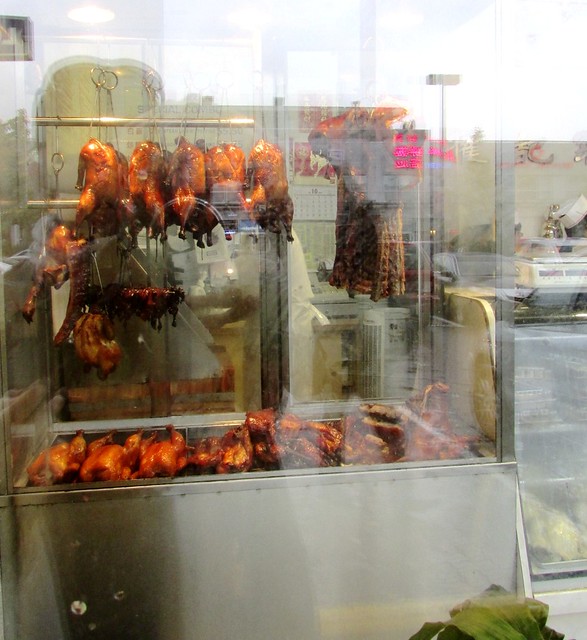 The first time I actually went into Kent’s Kitchen it was packed. As usual. And there was the yummy meat in the window! (No trace of vegetarian left in me.)

I went in there and the sound of people chattering to each other and yelling numbers and handing cash over the tall counter was quite overwhelming. But, I was relieved there was a ticket system. That way I did not have to be served until I had made up my mind. That helped.

The menu on the other side against the wall was so confusing and I did not really understand the different possible combos. All I knew is I wanted sweet and sour pork and I had cash, which is mandatory at most restaurants around here. I saw that it was of course on the menu, took a number and waited. My food was scooped up into styrofoam super-fast and the next thing I knew I was on my way home. 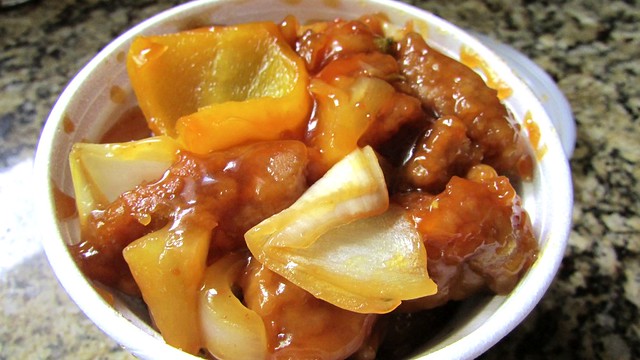 Look at it glisten and gleam!!! Oh yummy. Time for lunch… 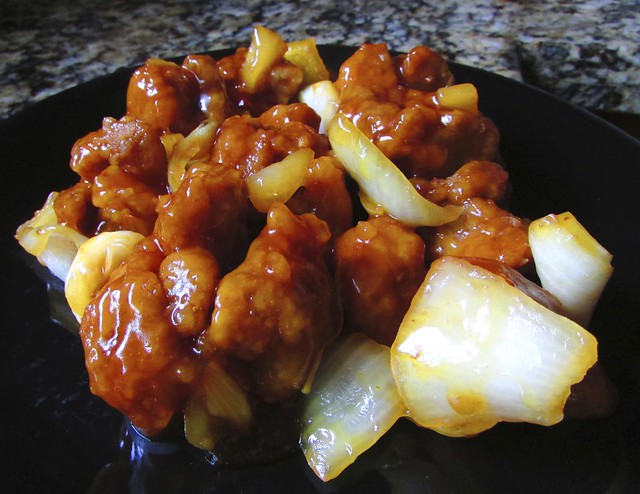 I poured it out on my plate and then realized, I had not gotten any rice! Or noodles. Or veggies…  This was pretty much a plate of meat. I ate the whole thing!

It was delicious. Not super-lean meat but the flavours were there. Exactly what you would expect for $5 of fast-food Chinese takeout. Lots of tasty food for a really good price. 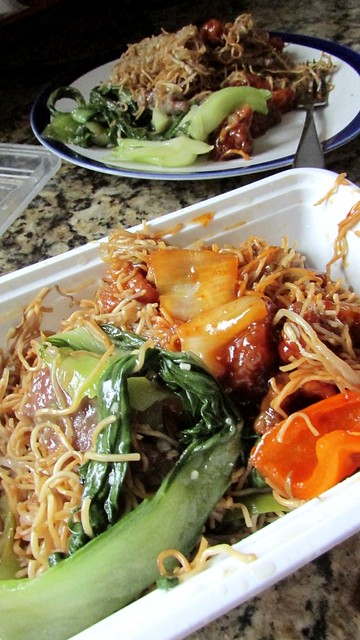 The next time I went I was smarter! I got a combo: chow mien, sweet and sour pork and lemon chicken. I think I paid $9 and had enough food to last me for two days.

Then life got busy, the rainy weather came and my days of pick-up-lunches were done for a while. 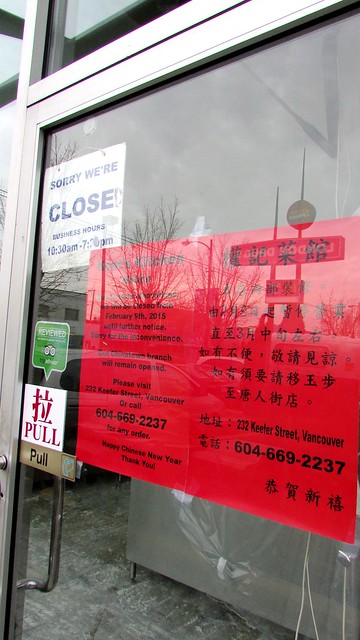 Today I stopped in front of Kent’s Kitchen in complete shock and I was not the only one. Me and a few other people stood there stunned that the restaurant was closed! No!!!!!

It looks like when Kent’s Kitchen re-opens it is going to be BIG and actually have seating!!! LOL. Wow! Very exciting. Of course this is pure speculation on my part. I am just sharing what I saw. <—— Foodie Spy Disclaimer!!! 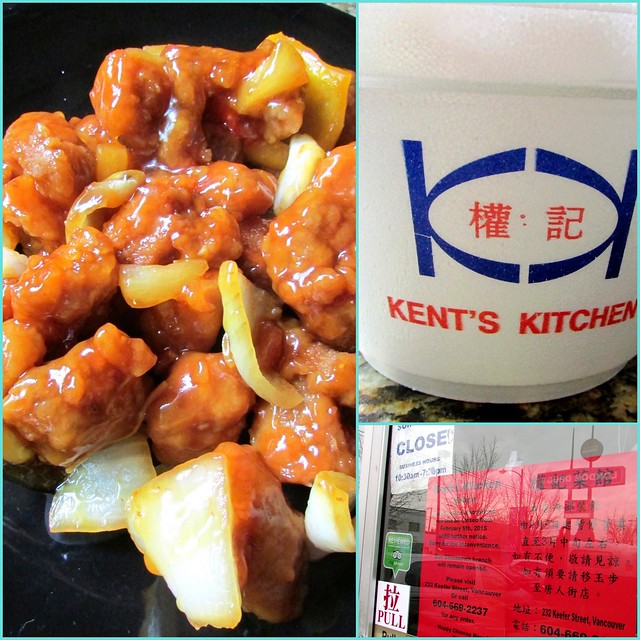 I do hope that I am right though. I could kick myself for not going to Kent’s sooner and more often while I could. Not that they were hurting for customers but I want more! And I will get some. Hopefully damn it. I want more of that sweet and sour pork!