You are here: Home / Vancouver / Last Day at the PNE 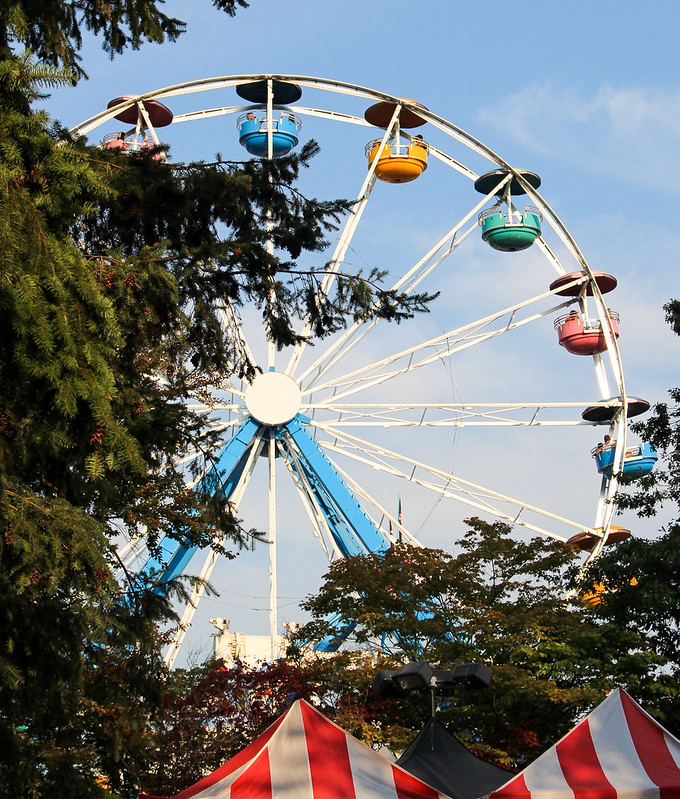 I did not think we were going to get to go to the PNE this summer. Vancouver’s Pacific National Exhibition can be a ton of fun but Reg has had an extremely busy summer. I was having my doubts that we were going to make it this year. Thankfully yesterday, the last day of the fair, we managed to go. 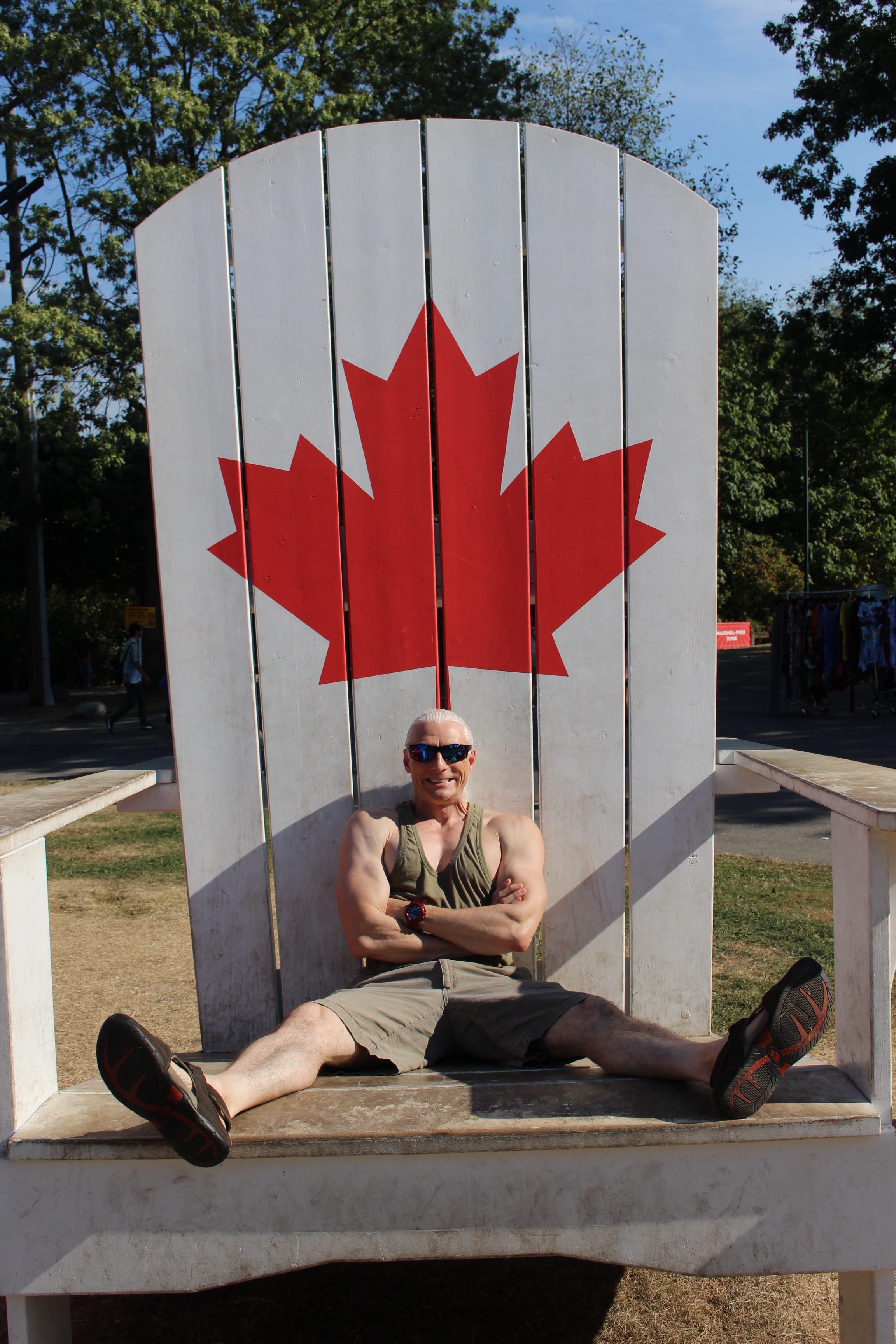 There are a lot of different ways you can save money with your attendance to the PNE but the only one that I know of that is consistent is to buy your tickets online ahead of time. You will save $3 per person for up to 3 people. This was the only discount we could get on the last day without waiting until it was 9 pm and then, when everything is shutting down, it is only $5. Yeah, no thank you. 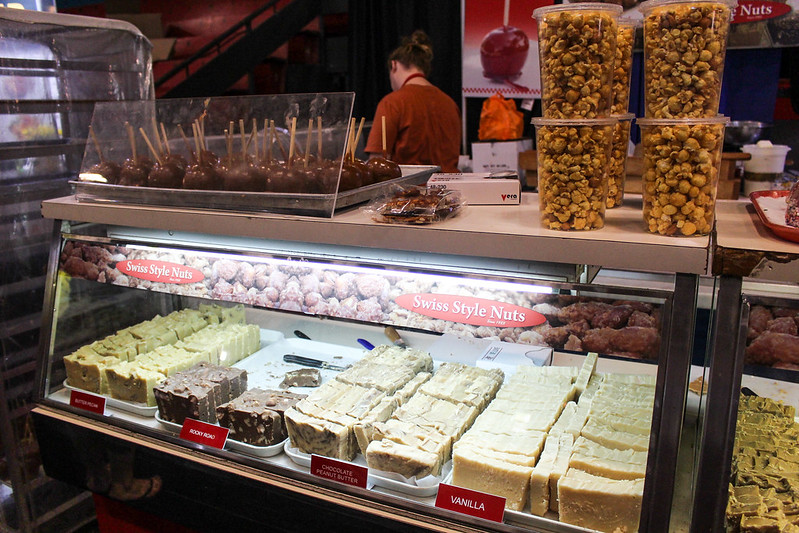 Of course one of the main reasons I like to go to the PNE is the food! But holy crap was it hot yesterday. So hot that Reg did NOT buy fudge. Was not even interested in it. We broke records yesterday so we opted for a big lemonade instead. 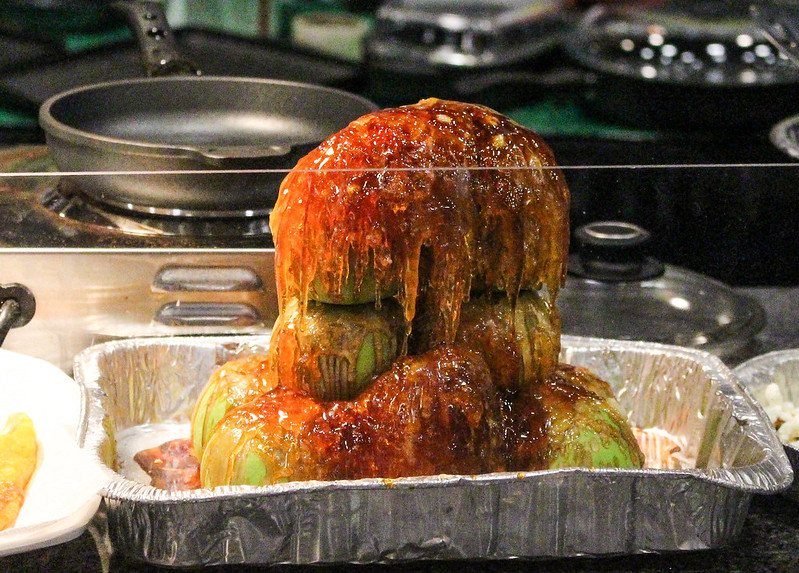 There were the usual cooking demonstrations. I believe this was the non-stick titanium cookware that you can make caramel in without it sticking. 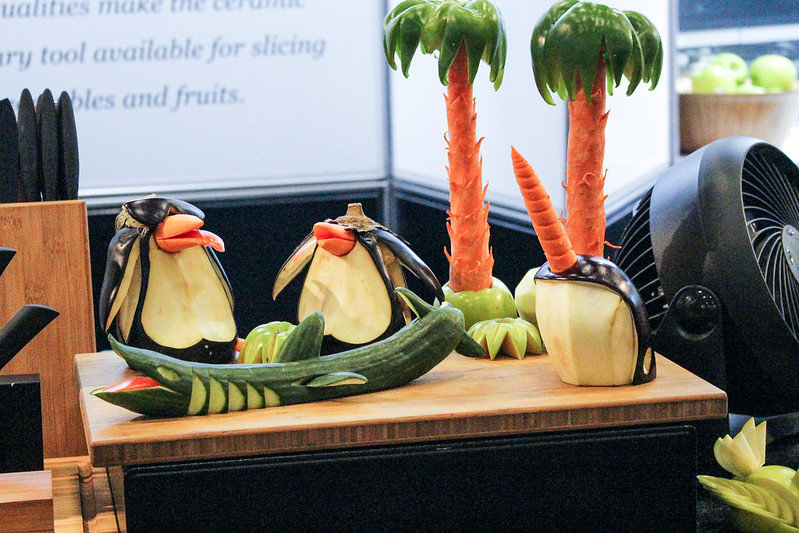 Isn’t this foodie display adorable?! It was made by Keramiko’s Kitchen who sells ceramic knives. 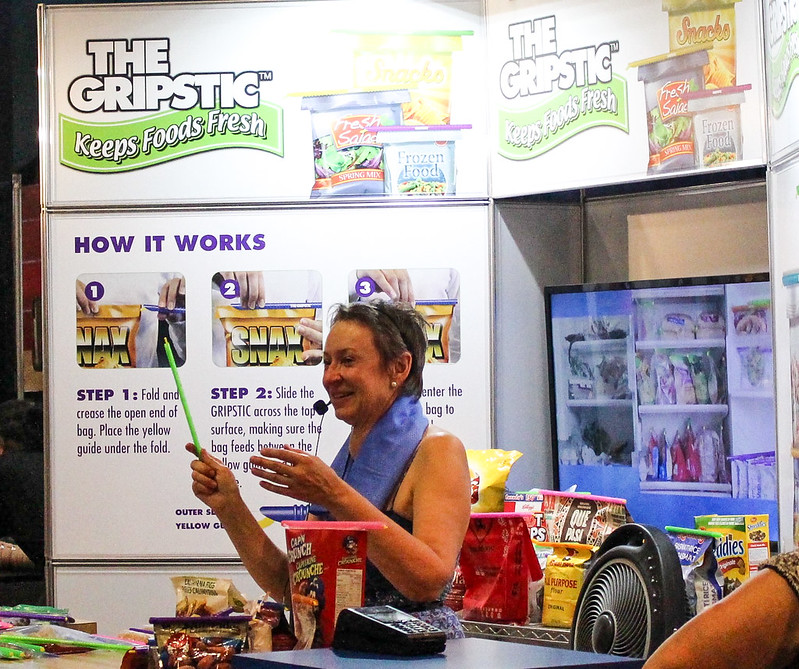 I was happy to see that Gripstic was still there! I wrote about them last year. 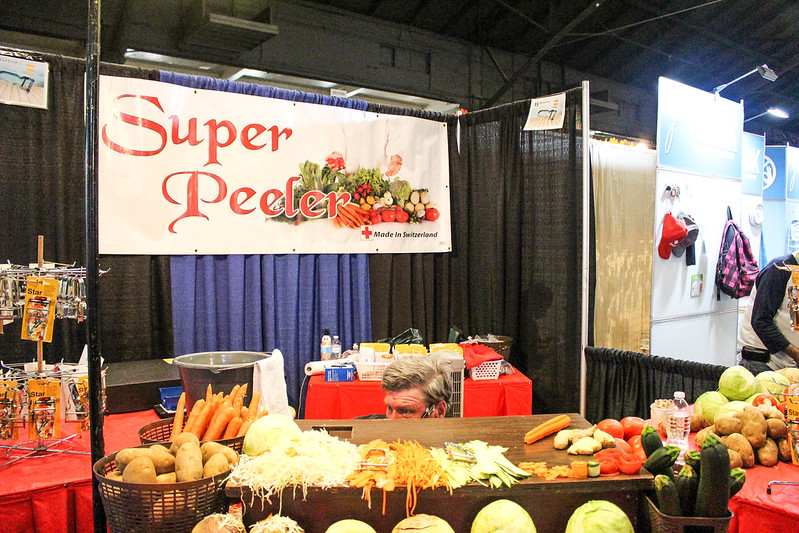 I had heard about the Super Peeler on CBC Radio but honestly, I did not see anything truly special about it. 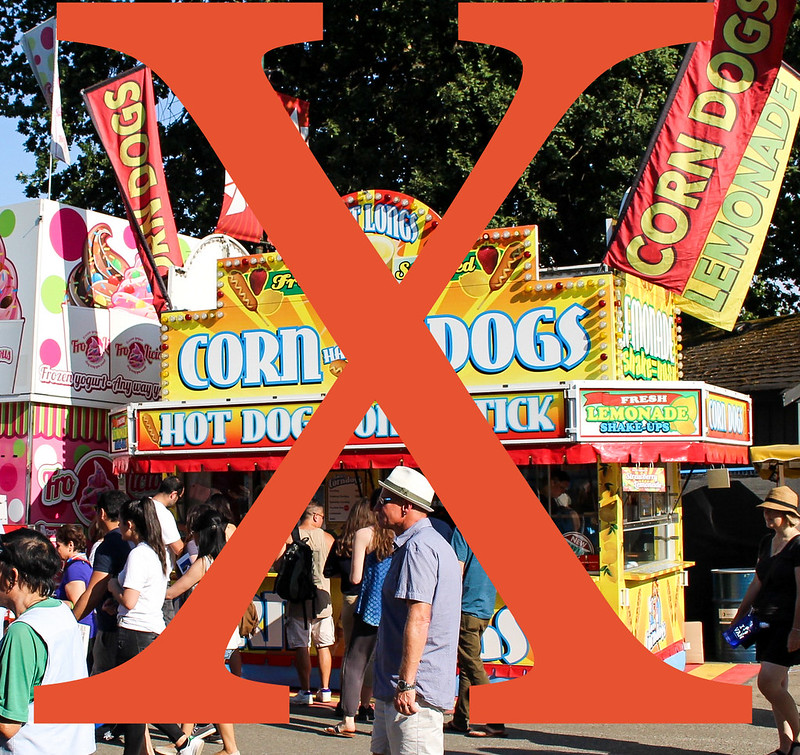 Usually there are fantastically creative new dishes to try when it comes to food at the PNE but this year it was all about eating crickets and chicken feet. No thank you! Or it was ridiculously sweet like deep fried Jell-0. I turned to Facebook and my friend Jessica from StudioNinety9 came to my rescue. She told me that she got an incredible maple bacon corn dog when she went to the fair. PERFECT!

I had no idea there were going to be THREE corn dog stands! When I came across the second one and it did NOT have a maple bacon corn dog I figured it was a special deal when she was there and I had missed it. 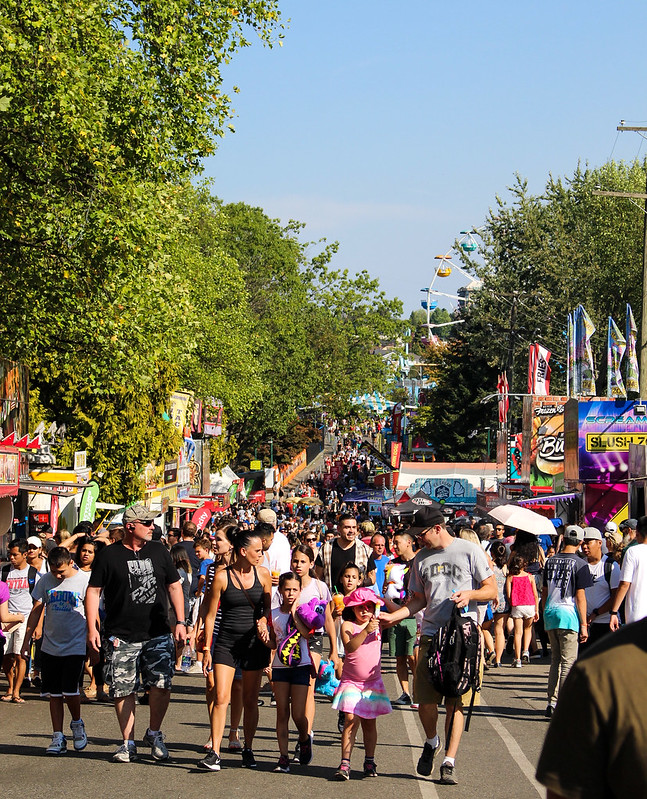 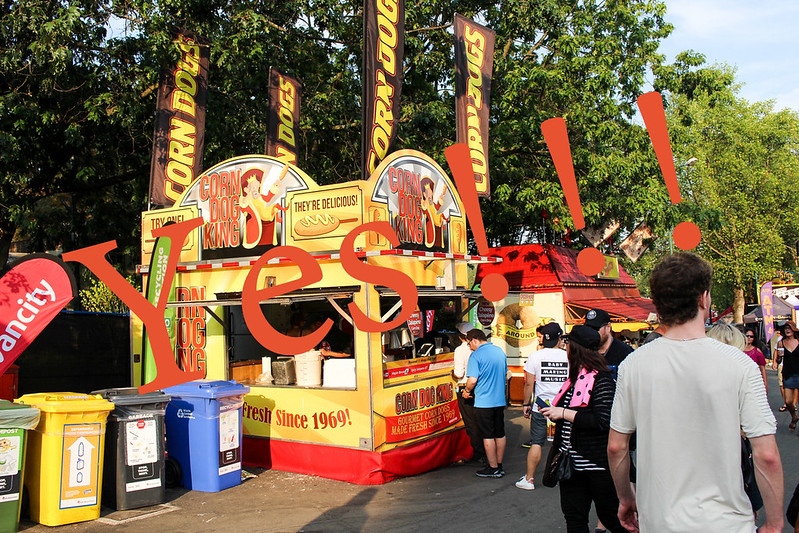 This was it! I just knew it. 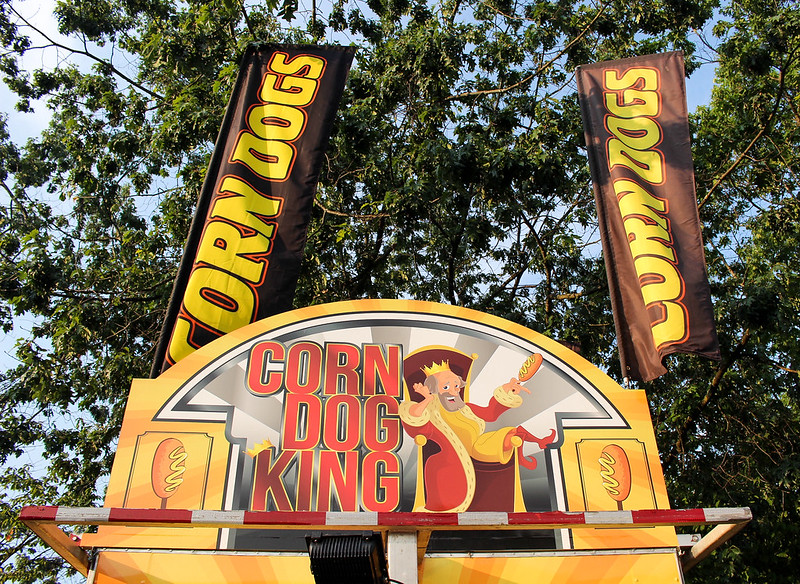 Corn Dog King was going to make my foodie day! 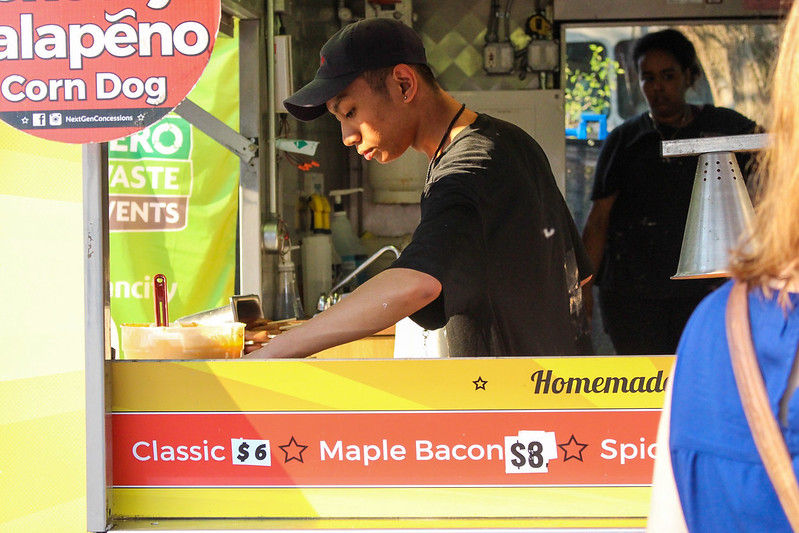 I ordered the $8 maple bacon corn dog and was so excited I forgot to take it from the server! 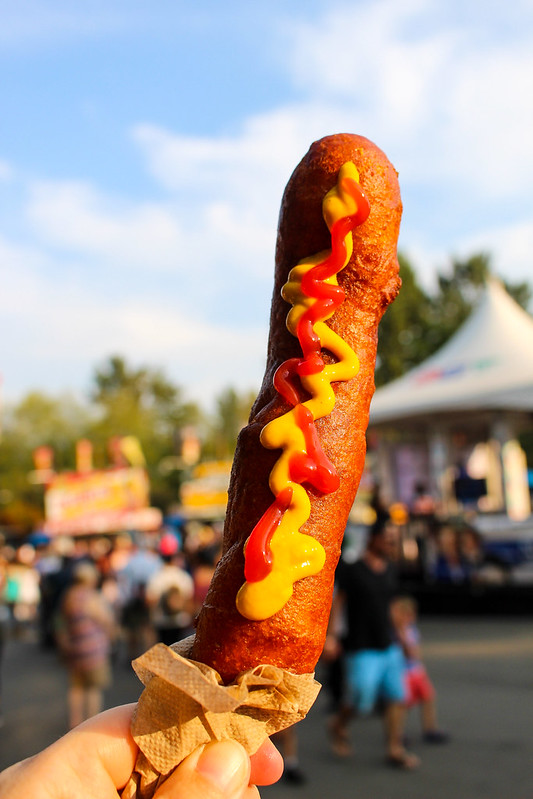 I quickly remedied the situation, decorated it with some mustard and ketchup and started chomping away. OMG! I don’t think I have ever had a better corn dog. Yes, I loved last year’s pickle dog but the maple gave such a wonderful sweetness to this savoury treat. I must admit the bacon flavour was lost on me though. I thought there were going to be chunks of it in the hot dog but nope… Still, what is a day at the fair without a corn dog? Delicious! 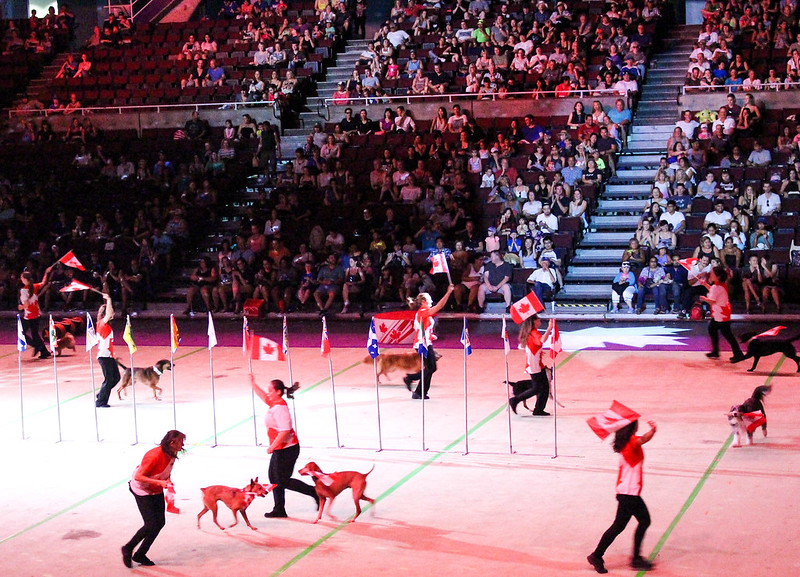 One of our favourite things to do at the PNE is watch the Superdogs (now the President’s Choice Superdogs) perform and as always it was an hysterical show with these super cute canines.

I wanted to indulge in the bacon candy floss but $5 was just a little too steep. What an adorable sign though! 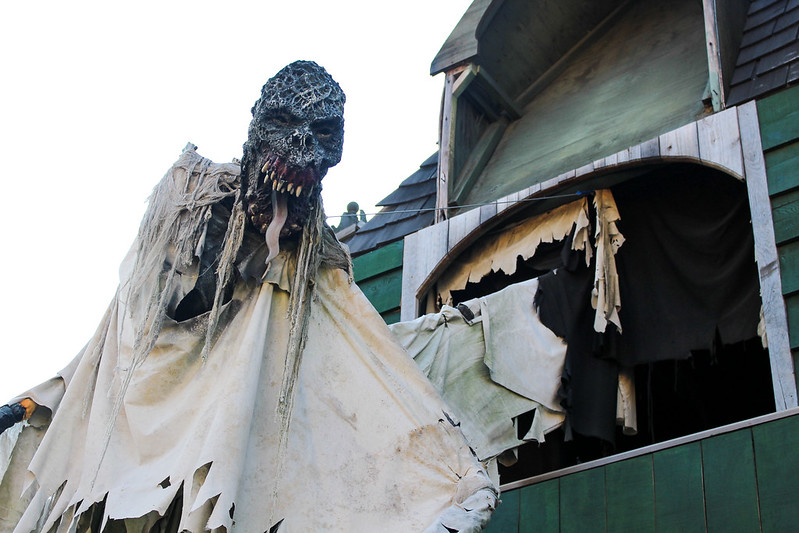 I love haunted houses and we counted three this year! Most rides were 5 tickets and that comes to over $8 a ride per person so we just enjoyed hearing the screams and laughter instead. 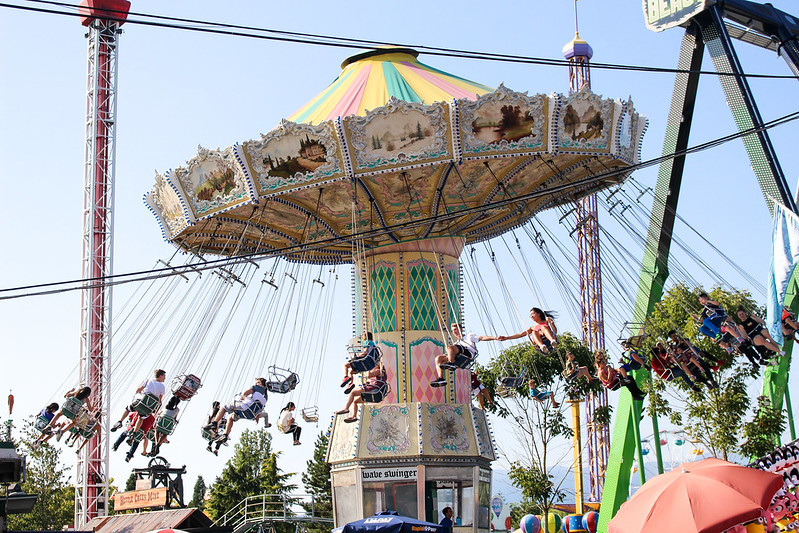 I did not know it at the time I took this shot but here is one of the most romantic moments of the day with a couple holding hands on the chair swing! 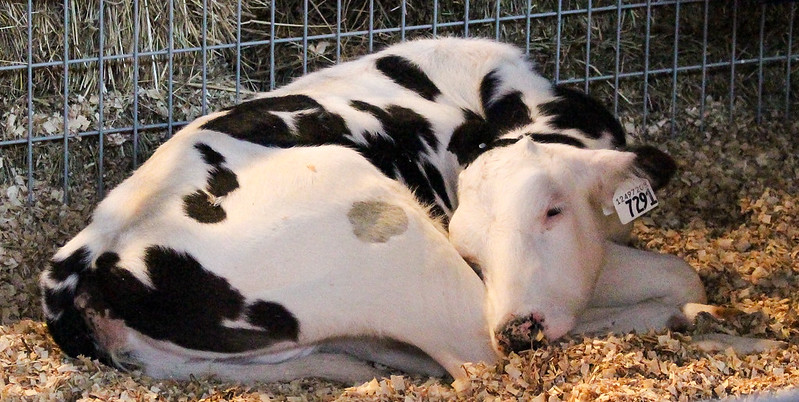 We love seeing all the animals at the fair but it was so hot that most of them were completely wiped out. I do not blame them at all! Especially on the last day of the fair. 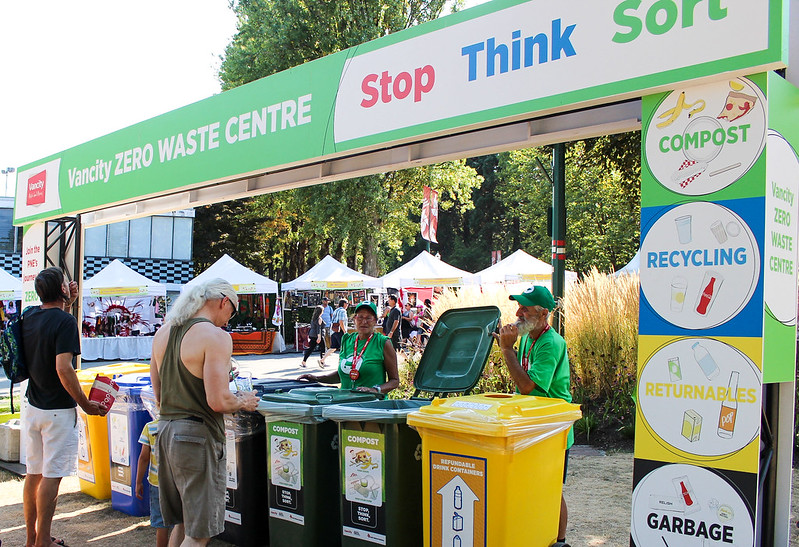 I gotta send out kudos to the PNE for their incredible zero waste policy. We got to compost the lemons in our lemonade, recycle the container and then throw out the straw instead of just dumping it all in the garbage.

They also seem to have added a ton more seating with benches and picnic tables which I really appreciated. With my health issues and that heat I had to rest many times to make it through the fair. 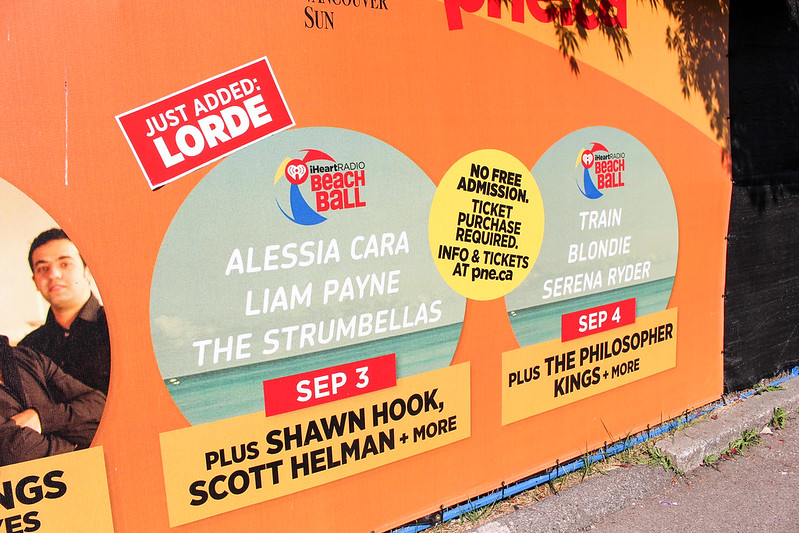 That said, we were very unhappy to discover that the free concerts that happen all summer long were not available on the last day of the fair. In fact the tickets to see Blondie and other acts were well over $60 a ticket! 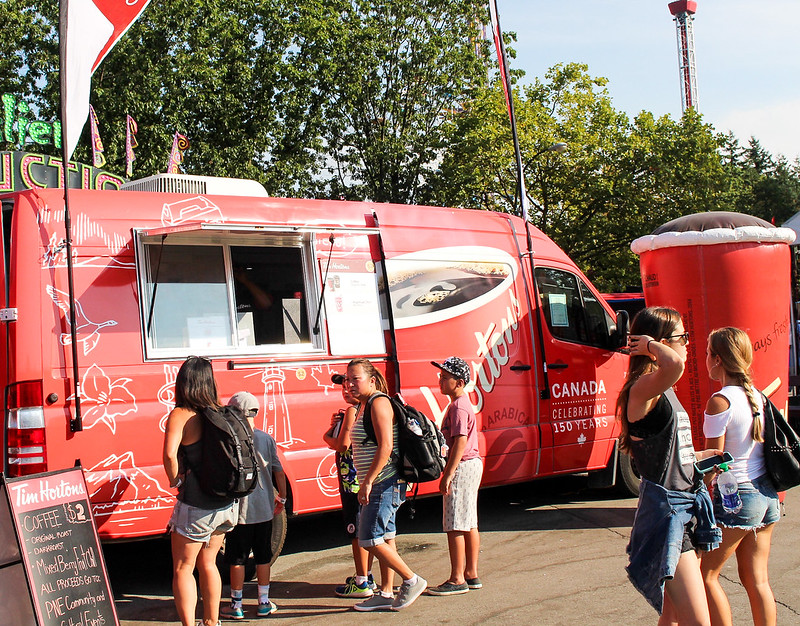 I was excited to see a Tim Hortons truck, suddenly craving an Iced Capp only to discover they only had hot coffee and some frozen berry drink. What were they thinking? They could have made a fortune in Iced Capps alone! Who the hell wants hot coffee on the hottest day of the year? Not me! 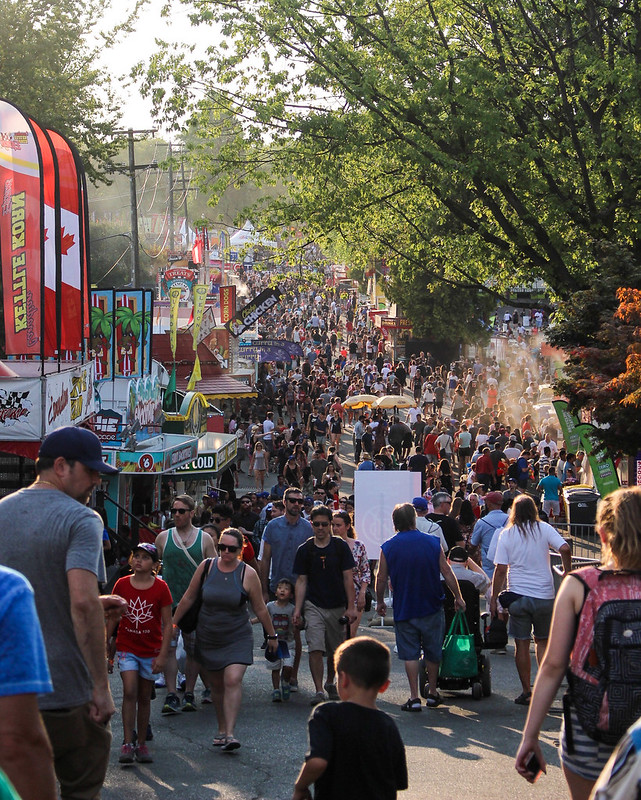 Despite there being no concert or special discount for the last day of the fair, the crowd was still impressive. Lineups for rides were long and despite being super hot there were cooling stations for people including misters like in the above photo. Smart! 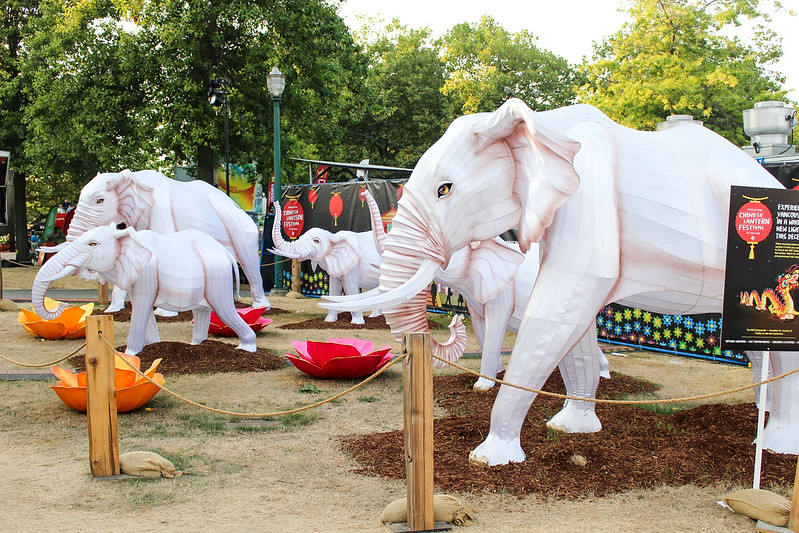 Last year they had a big display of dinosaurs and this year it was all insects that moved and made disturbing sounds. No thank you! I could not even photograph them so I will leave you with these pink elephants instead.

I hope next year we get to go to the PNE on a day with a discount AND a free concert but considering we almost did not make it at all this year, I think we did quite well. We saw all the usual sights and I got to try that maple bacon corn dog which made it all worthwhile. Thanks Jessica!

All in all, a pretty damn good day at the Pacific National Exhibition.