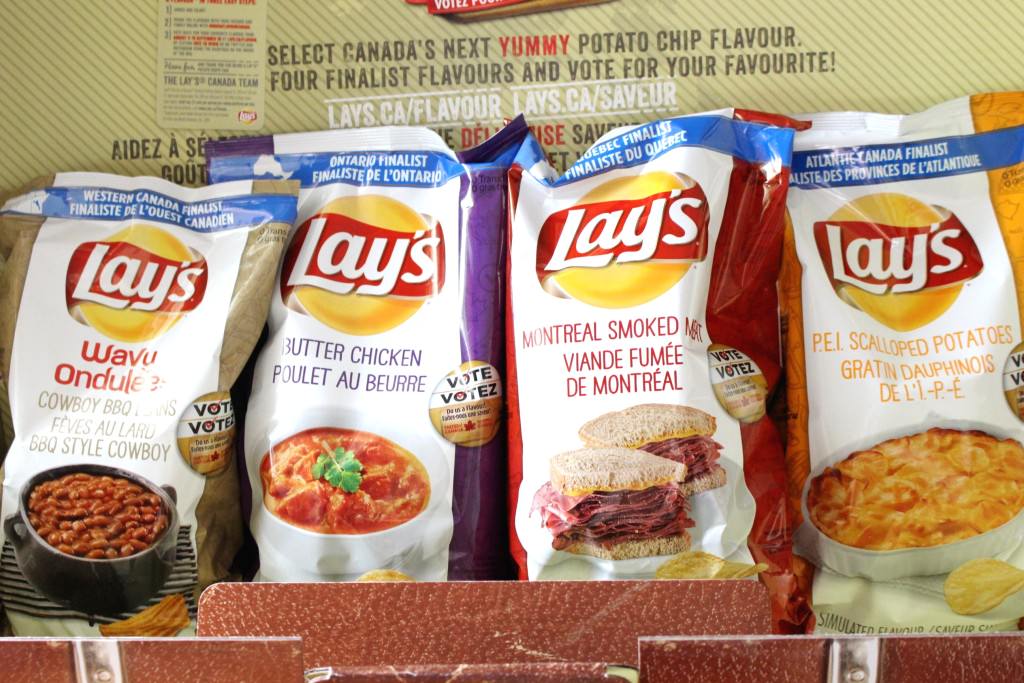 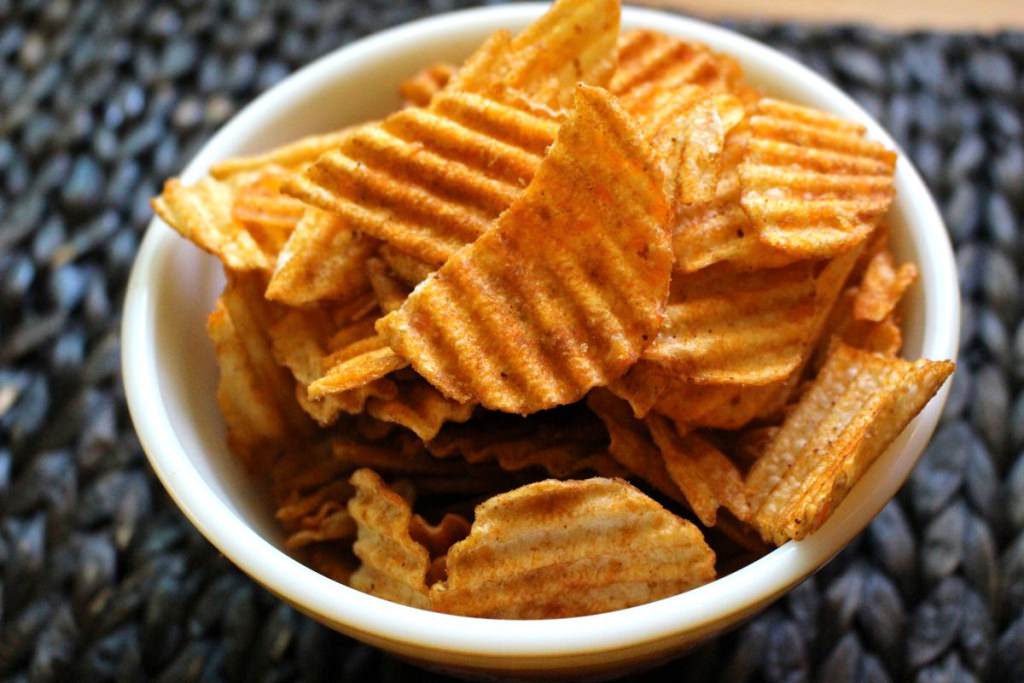 We tried the Cowboy BBQ Baked Beans representing the west coast first because I thought I would like it the least. I do not like beans! I will eat them but I am not a fan. Shockingly, these were our favourite. Probably because they just taste like a sweet and smokey barbecue and I love the thick-cut waffled chip. 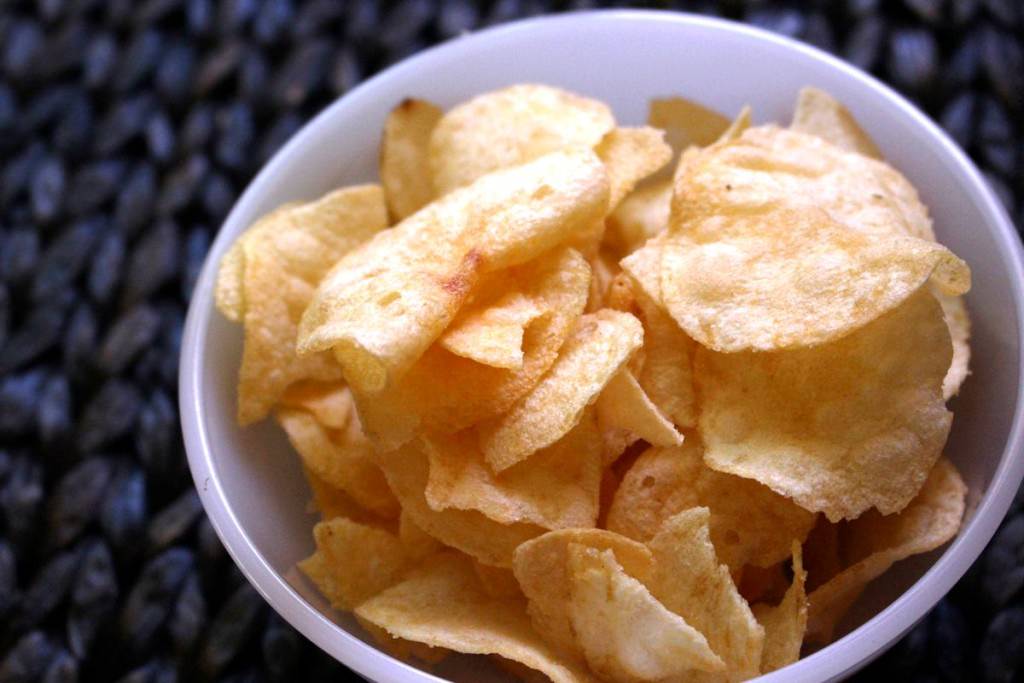 Next we tried the P.E.I. Scalloped Potato and they were very rich and cheesy like scalloped potatoes are supposed to be. To be honest, they just taste like a cheesy chip to me but they did have real flavour to them and were not wussy like I thought they might be. 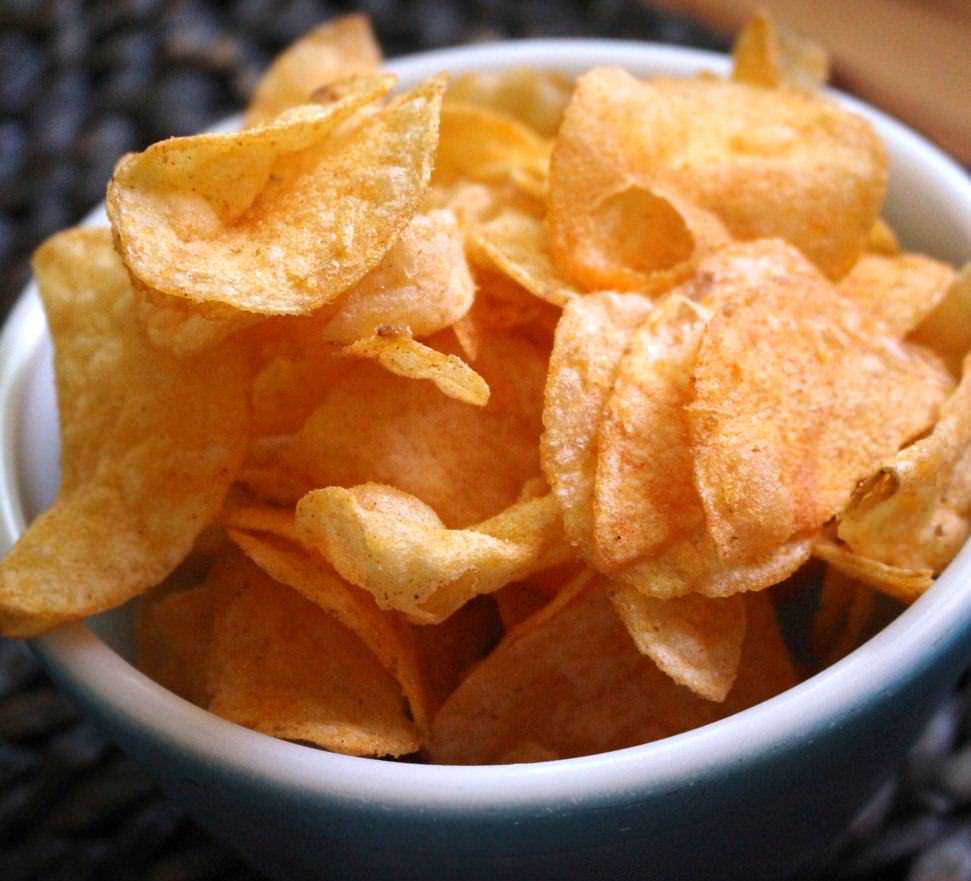 Third was Eastern Ontario’s Butter Chicken which I thought was brilliant at first. But then as I was eating them and really being overwhelmed with the flavour and scent of coriander… Do I really want to eat chips that taste like butter chicken? Do not get me wrong. They are good quality and true to the flavour profile but when it comes to enjoyment? We ended up eating these the least. 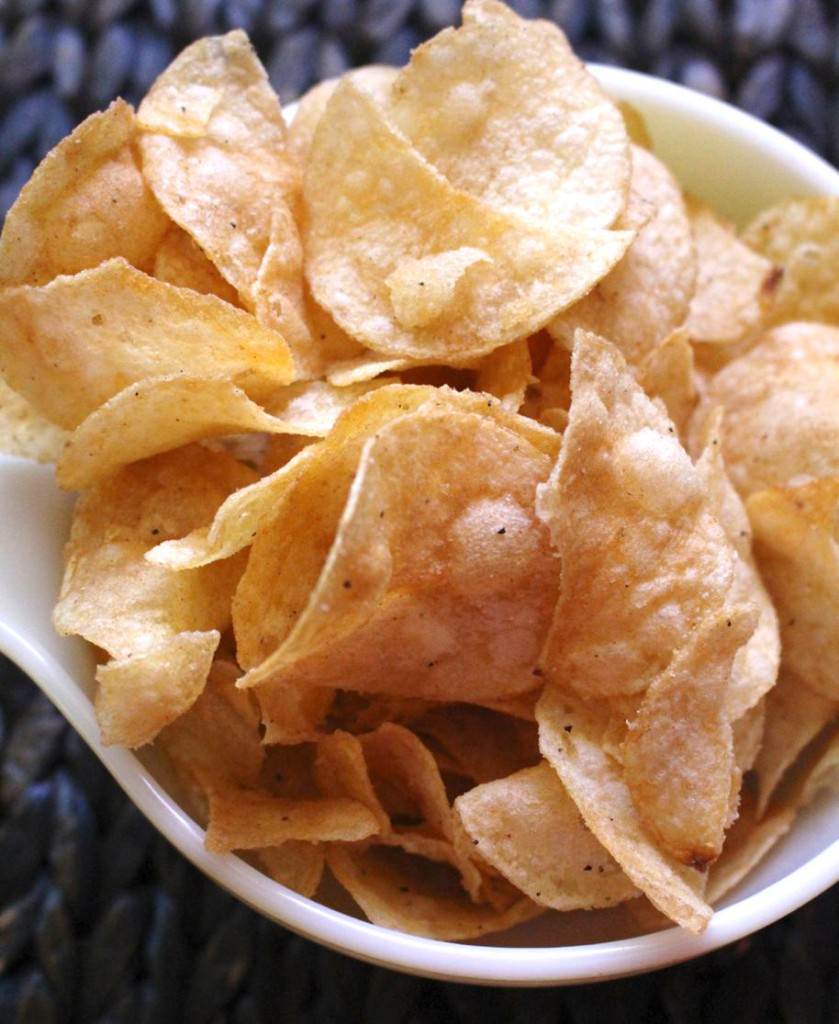 Finally are the Quebec chips Montreal Smoked Meat which I was most excited to try and in the end was most disappointed by. Not because they were bad but because, again, do I want chips that taste like smoked meat? Apparently not. The spicing was perfect and got quite hot after a while but in reality, give me the sandwich and hold the chips. 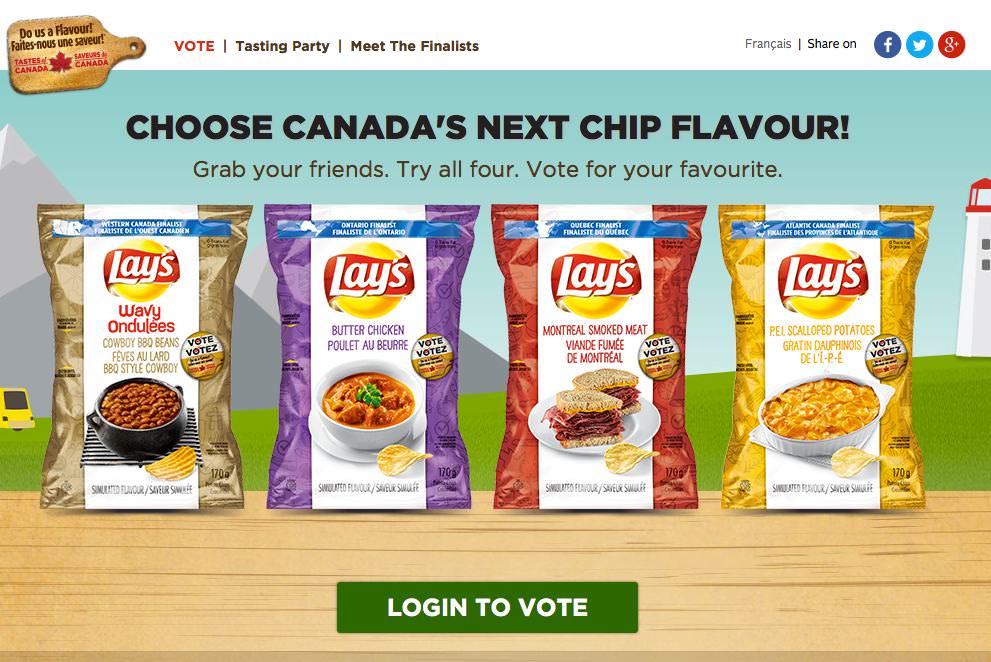 Make sure to vote for your favourite! Intellectually, these were all smart but as a chip-eating fiend, honestly, I do not think I would personally buy any of them. Now if only they had accepted my Lobster Thermidor idea!!! 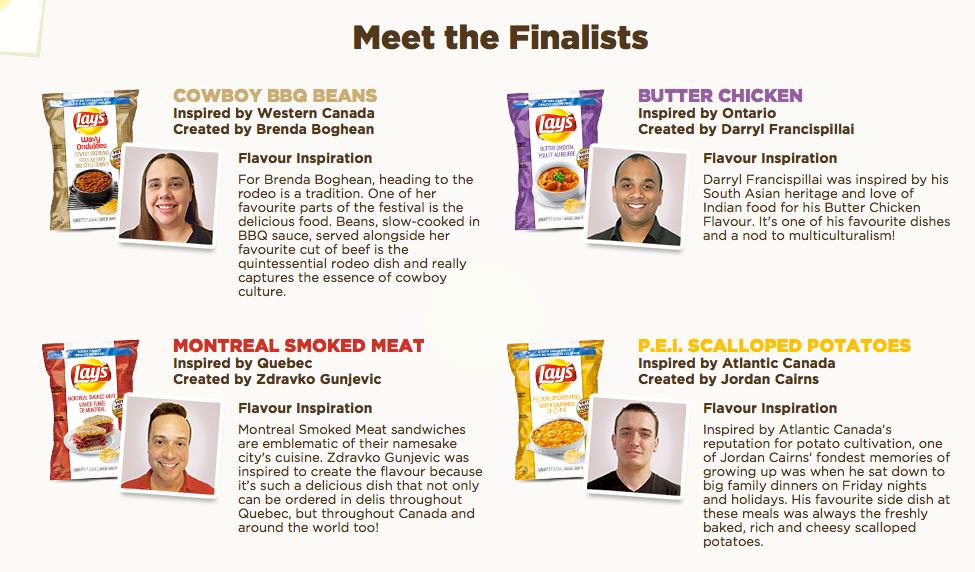 Kudos to the contestants whose ideas were chosen for Lay’s Do Us A Flavour. Good luck and may the voting begin!