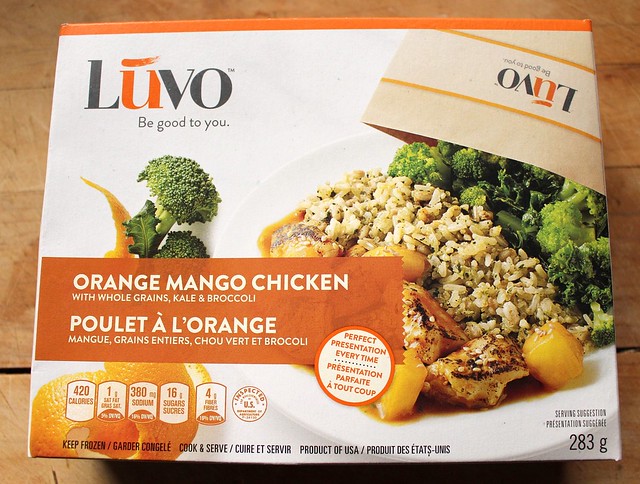 Luvo offers chef-created, nutritionist-approved frozen meals and has moved into British Columbia. Each meal has one serving or more of fruit and vegetables, mostly whole grains and “lean proteins raised without antibiotics”. They use herbs and spices to flavour food, not sodium, sugar or artificial colours.

Sounds too good to be true? It certainly grabbed my attention so I said yes to product testing some of their meals. 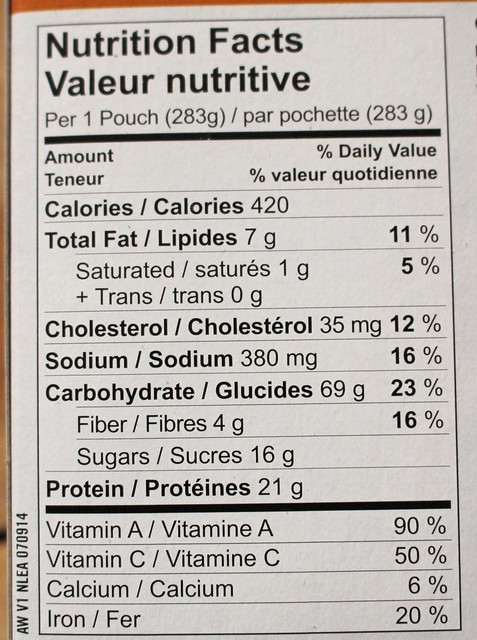 Four dishes arrived and I made two for lunch one day after a long walk. I liked that they took 33 minutes in a 375F oven to cook. Just enough time for me throw them in the oven, shower and then eat. I got out the Orange Mango Chicken. 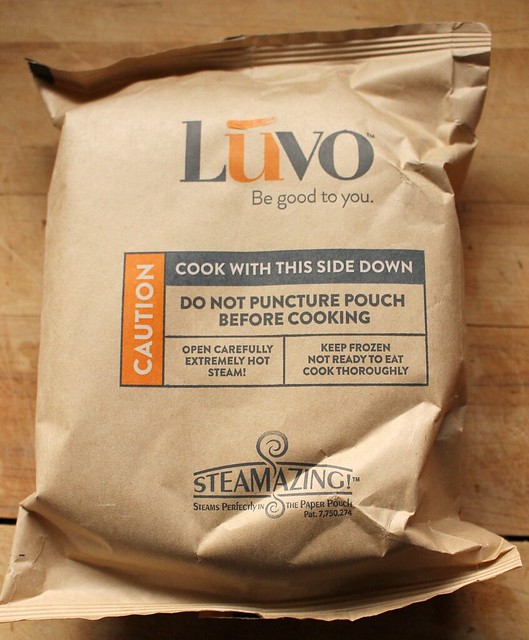 I liked that it was in a brown paper bag. No plastic! 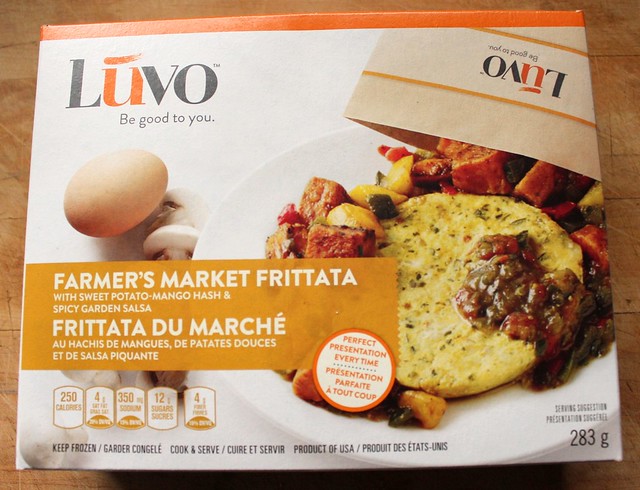 I also got out the Farmer’s Market Frittata which apparently is not listed on their frozen entrées page. 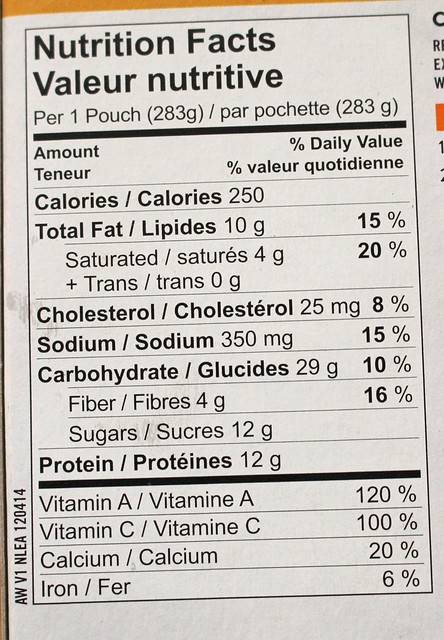 It is served with a sweet potato mango hash and spicy garden salsa. 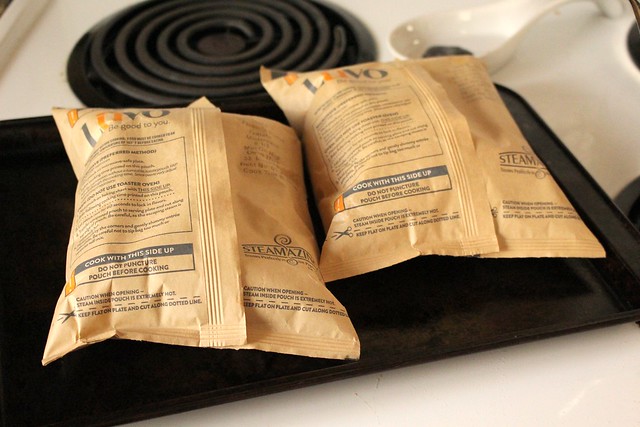 When I took the pouches out of the oven they were completely filled with steam. 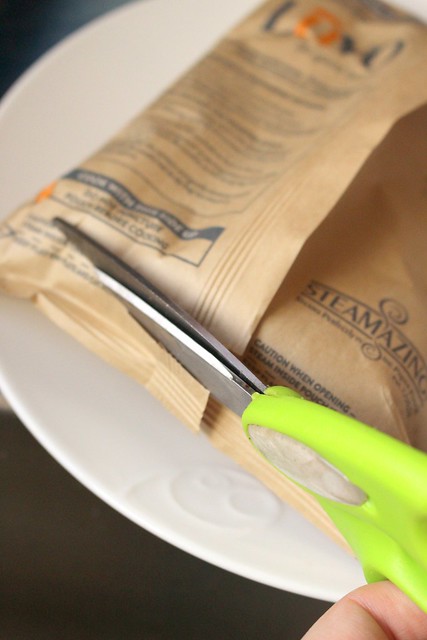 I carefully followed the instructions and cut along the base but I must admit, I was a little nervous. Steam burns are the worst. 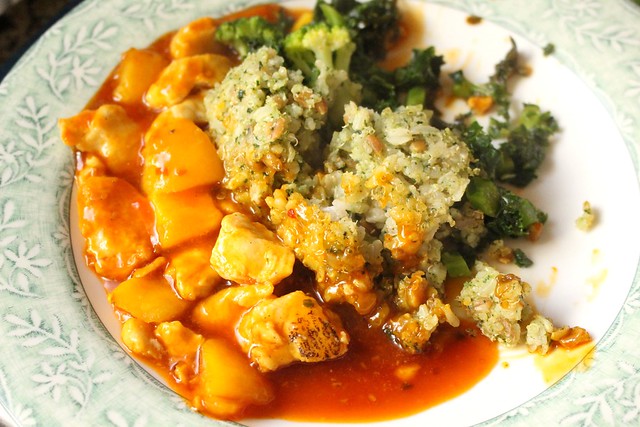 The meals just slipped right out of the bag and onto my plates.

The Orange Mango Chicken with whole grains, kale and broccoli was flavourful. The texture of the chicken was quite good considering it had been frozen and Reg hates quinoa and kale and still ate everything on his plate. He gave this meal a three and a half out of five wooden spoons.

I personally thought it was just OK and give it three out of five wooden spoons. I found the meal got cold very fast and could tell I was eating a healthy frozen dinner. It is not something I would buy. 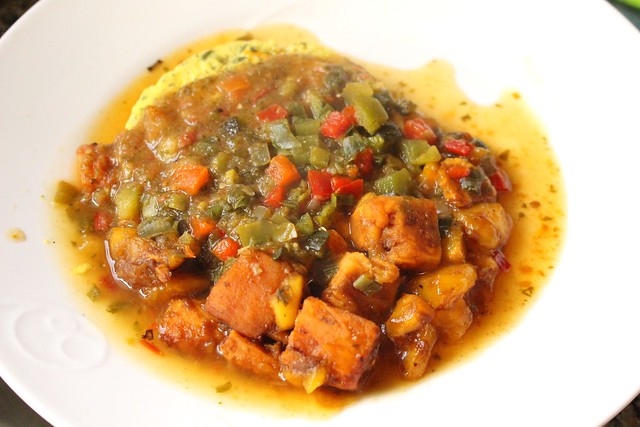 The Farmer’s Market Frittata was a whole other ball game. Whoever though a bitter sauce would go well with basically an egg pancake is crazy. The heat did not help either and the frittata was just completely lost. The only part I enjoyed were the sweet potatoes and I only kind of liked them. This dish was in my opinion, a complete failure. I hated it. I give it zero out of five wooden spoons.

So far? Mediocre and downright horrible. I am starting to get nervous about trying the next two Luvo products that are currently hiding in my freezer.