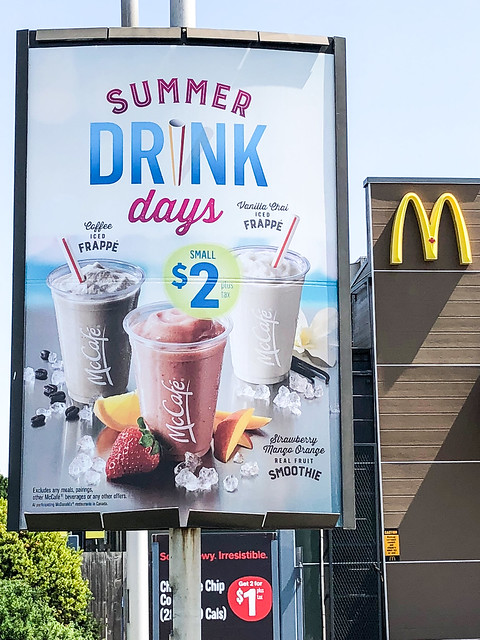 Oh man, I still miss McDonald’s Coffee Frappé so much! And as I got turned down at McDonald’s for a decaf iced coffee so I was ready write the place off completely but many of you wrote to me suggesting I go in and make one myself. So I did! 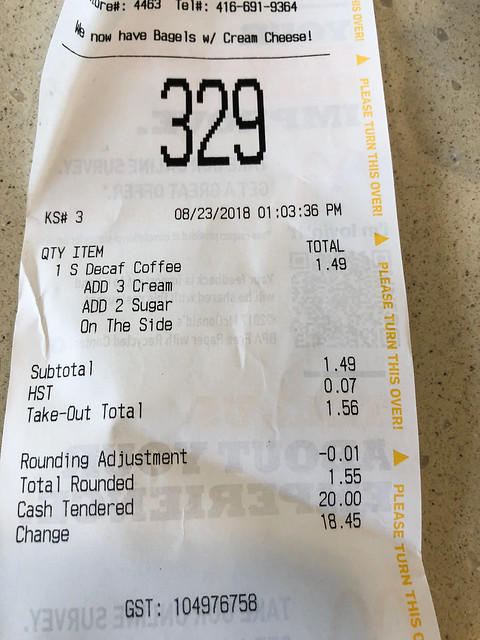 Not only did I get my decaf iced coffee I got it for under $2! 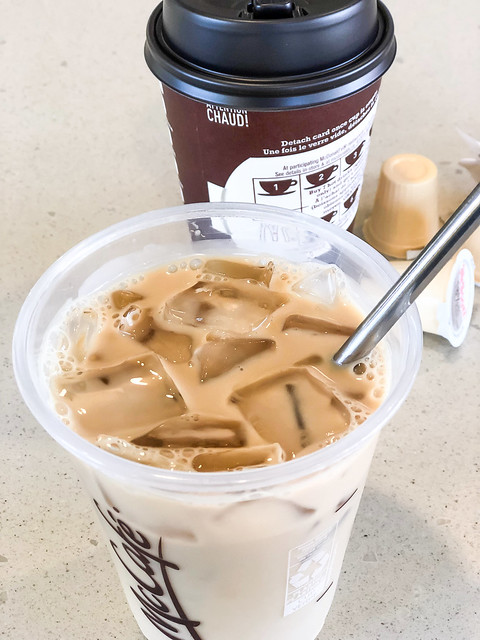 I thought it was going to totally melt away but nope, the ice lasted long enough for me to have TWO decaf iced coffees. 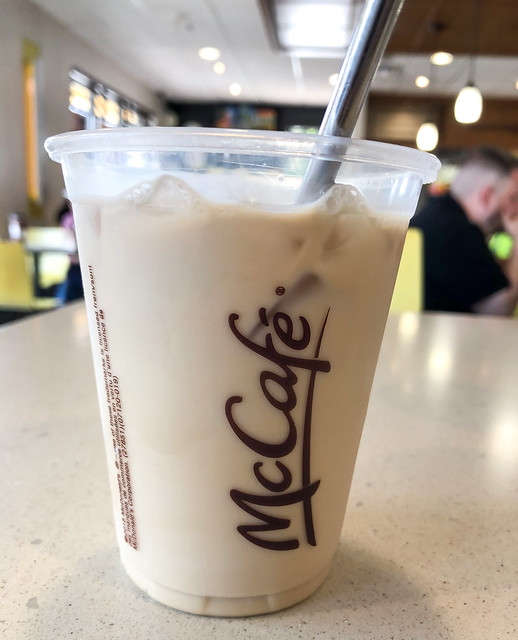 But I do not want to have to get into an awkward conversation for what I want, even at such a low price. It felt awkward and uncomfortable. 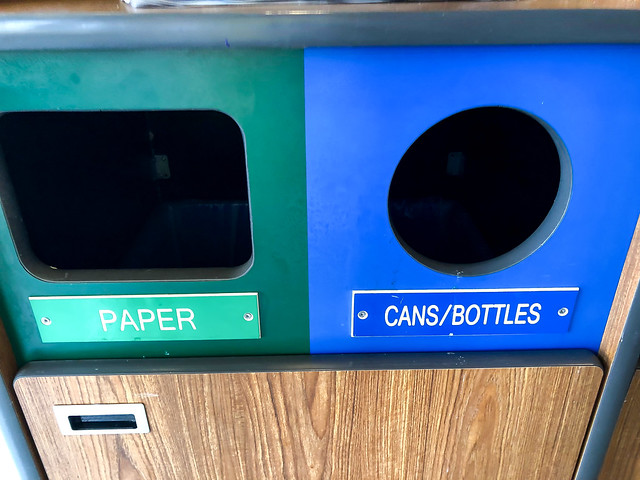 I am also not a happy that they do not recycle their containers too. Turns out, Starbucks in Toronto doesn’t either which is a total disappointment.

I think someone is going to have to invest in a travelling mug because the waste is killing me.

Overall, I love McDonald’s decaf coffee but I am not willing to go through that awkward conversation again. If I bring my own mug and fill it up with ice from the machine myself… Maybe. But it will be a Starbucks mug which is just a tad uncomfortable.

I am all for being subversive but tacky? Not so much. We’ll see.