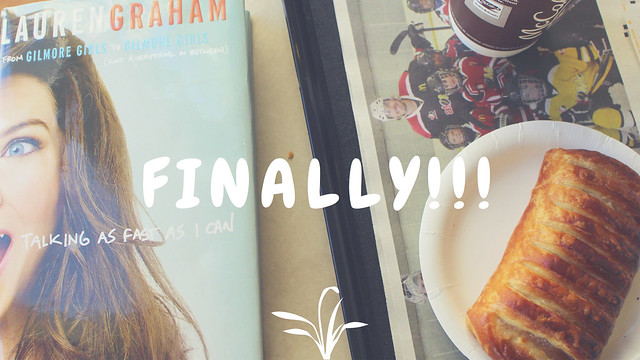 It FINALLY happened! I finally got to try a McDonald’s Maple Apple Danish. 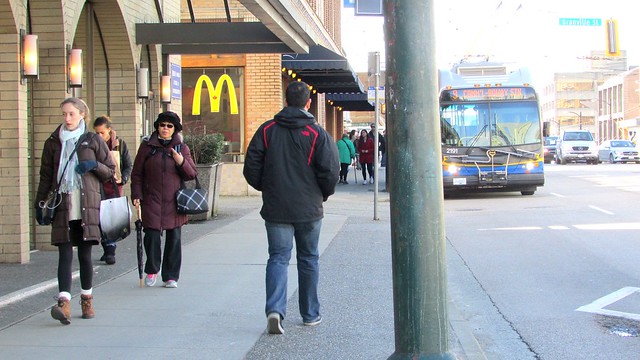 I was coming back from Granville Island when I saw that there was a McDonald’s at Broadway and Granville. Not exactly a large family one but I thought, why not? I will go in and see. 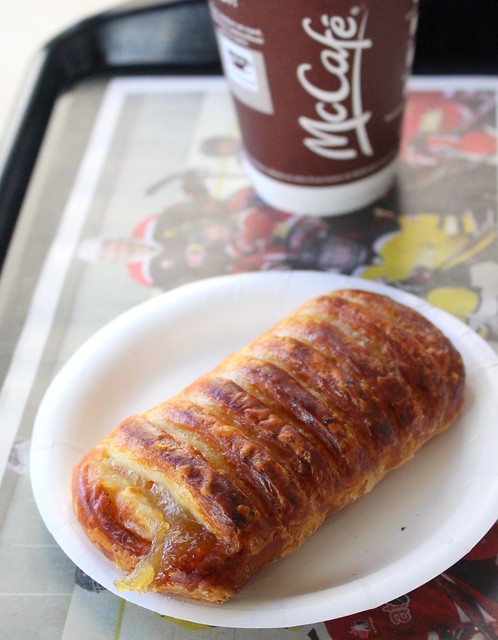 They did not have the mini Danish but they did have the maple and apple one. I could not believe it. 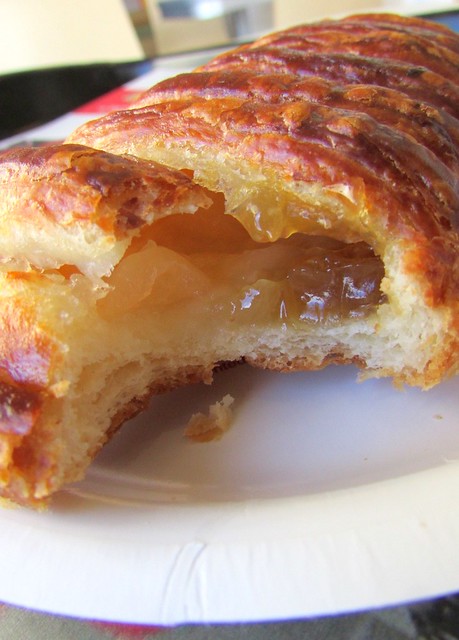 Despite looking a little too dark on the outside for me, it was actually quite tender and flaky. The filling did have a lovely maple flavour and the apples were so soft, I could only taste them, not distinguish their texture. Which is exactly how I like apples in baked goods.

Was it perfect? I would have liked more filling and flavour but overall, it was pretty damn good.

I would give this product four out of five wooden spoons but considering it took my third restaurant to actually find it, I will only give it three.

FINALLY!!! Can put that foodie product to rest…