You are here: Home / meat / My First Flank Steak: A Love Story 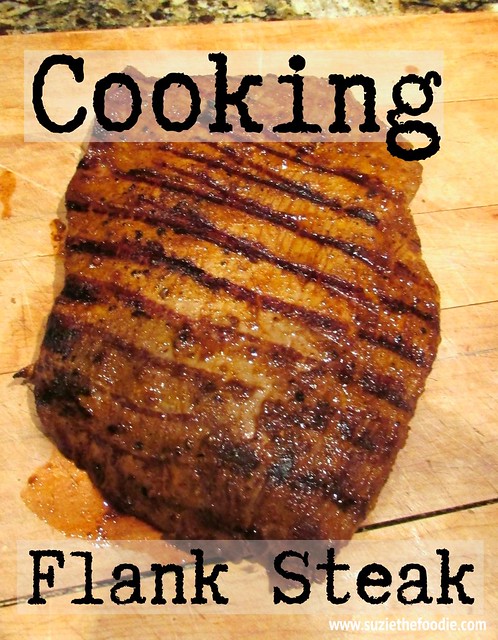 So many recipes that I wanted to try have called for flank steak and I did what you are supposed to do. I went to “my local butcher” (AKA guys at the grocery store) and asked them where the flank steak was. They kind of looked at each other with an elitist look in their eyes and then looked back and me and said, “Who would want to cook with flank steak?”

I do!!! Which is what I should have said at the time instead of faking a smile and rolling my eyes at the boneheads before walking away.

Flank steak is known to be potentially a tough piece of meat but there are simple things you can do to make it delicious! 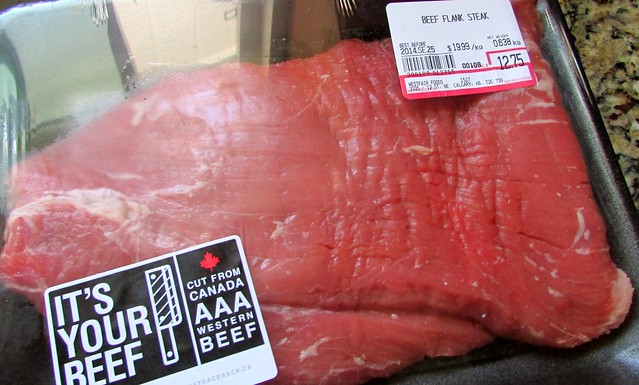 When we went to the grocery store for the first time since moving to Vancouver, there it was! Beef flank steak! I could not believe it. After speaking with those butchers, I really did not think I would ever see it with my own eyes in a grocery store.

It was over $12 so quite an investment but it was a lot of meat! If I played my foodie cards right, I could get several meals out of this one piece. 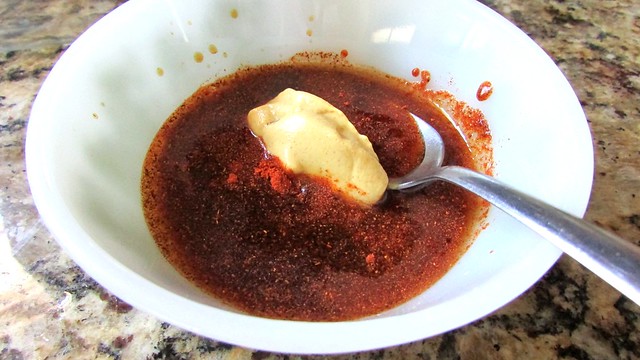 Marinades really help work on breaking down the meat. I did some research and most marinades are composed of something acidic, an oil, spices and salt.

Working with limited resources because this was my first meal in my new kitchen, I used canola oil since I was going to be grilling at a high temperature. I also added fresh lemon juice, onion and garlic salt, chilli powder, black pepper and Dijon mustard. 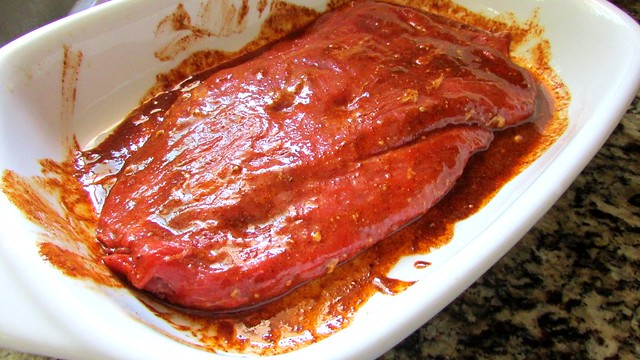 Make sure you have enough to completely cover the steak and turn it over at least once while it sits covered in the fridge. I would suggest marinading it for at least a few hours. Because life has been crazy here, I ended up marinading mine overnight. 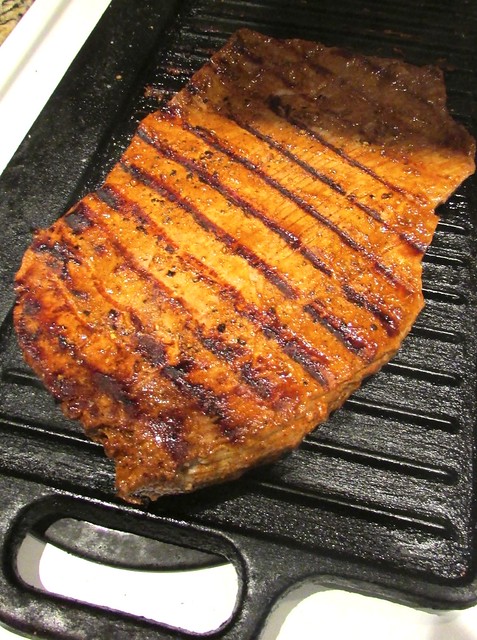 I got my cast iron grill pan out and got it really hot while bringing the steak to room temperature. Not scorching but you want a strong “sizzle” when you put that piece of meat down on the pan. I cooked mine six minutes per side and then let it rest. 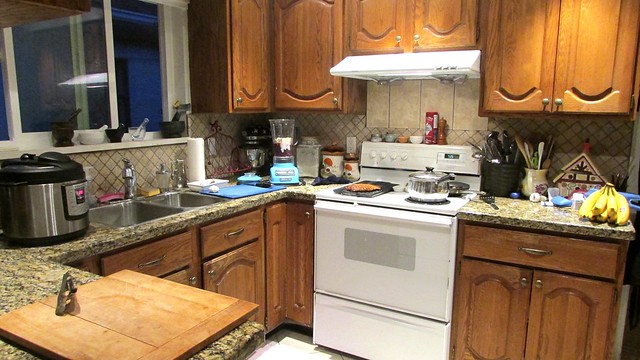 My first dinner in my new kitchen! Isn’t it adorable? I just love it! BTW, I was also cooking chicken in my Instant Pot (amazon.ca) which rocks. It is like having two stoves in one kitchen. 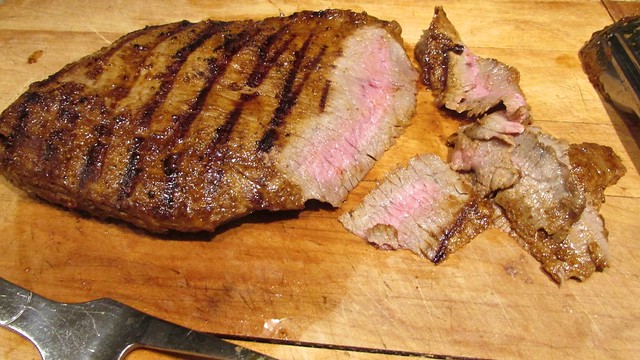 After the meat had rested for about 10 minutes, I got out my sharpest knife and sliced on a diagonal. Make sure it is “against the grain” as they always say. Which is not always easy to tell but the grain runs length-wise along a flank steak so it is easier to see than with most meat.

If you do not like it pink in the middle (ahem, like Reg) then throw it back on the grill to heat through but if you can tolerate the pink, seriously, eat it this way. 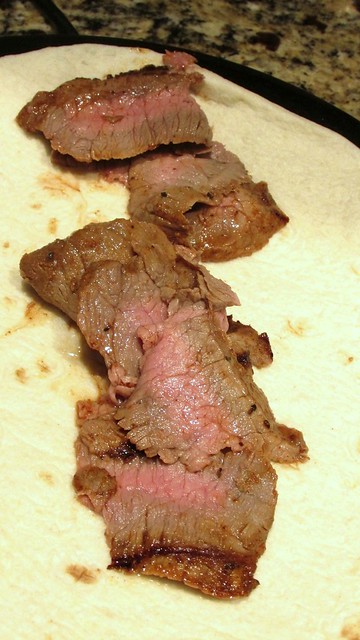 The first night I used the steak in fajitas and Reg and I could not believe how delicious they were. Honestly, so tasty, tender and downright beautiful. For me? It was love!

This steak did feed us a long time in sandwiches and quesadillas. I even froze some of it for later and THAT was delicious. I more than got my money’s worth and we had absolutely delicious meals for days and days.

I am so glad I listened to my instincts and grabbed that steak at this new Superstore. Perhaps because it is a tougher piece of meat that requires a little love there is a stigma associated with it. Overall, I think the flank steak is very misunderstood.

I fell in love with it and can not wait to get more! I hope this post gives you courage to try it too.