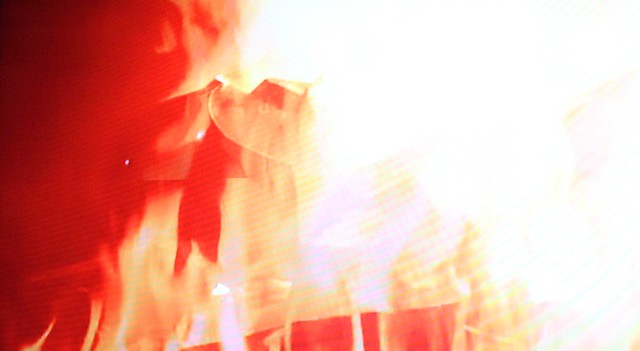 Reg and I jumped at the chance of celebrating the New Year at Storm Crow Tavern for their FEASTPOCALYPSE! We watched the Darth Vader Yule Log burn all night as we ate and ate. 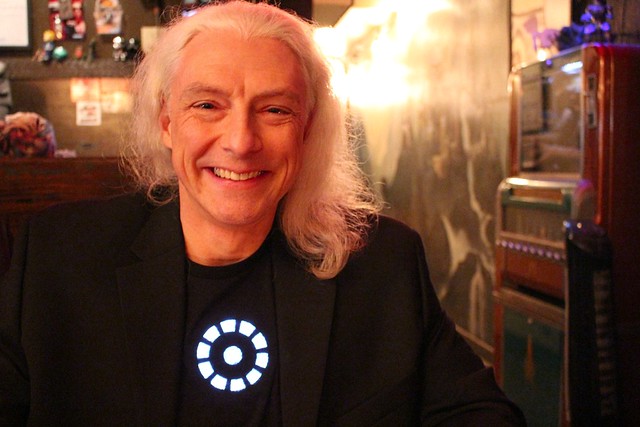 Reg wore his Tony Stark/Iron Man shirt and I donned my Wonder Woman bracelets. Lots of people were dressed up in Medieval garb and I saw a Tardis dress and a Doctor Who fez. 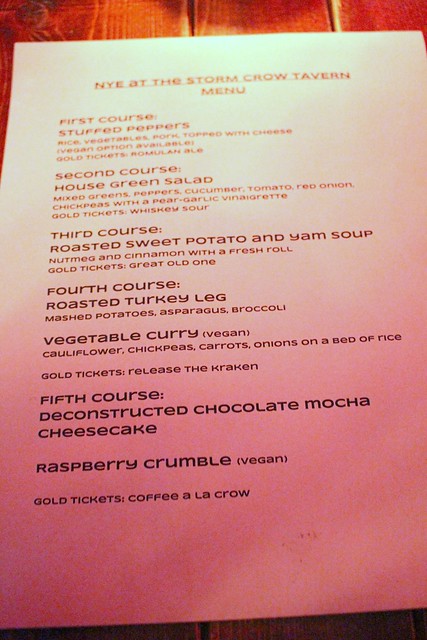 Five courses to look forward to starting at 6 pm. What a night! 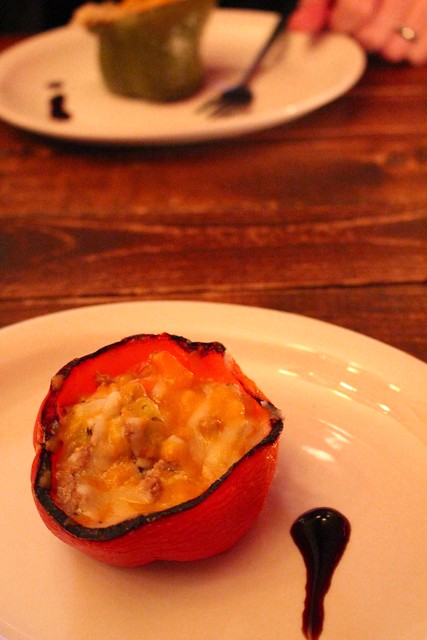 We began dinner with stuffed peppers which were absolutely delicious. 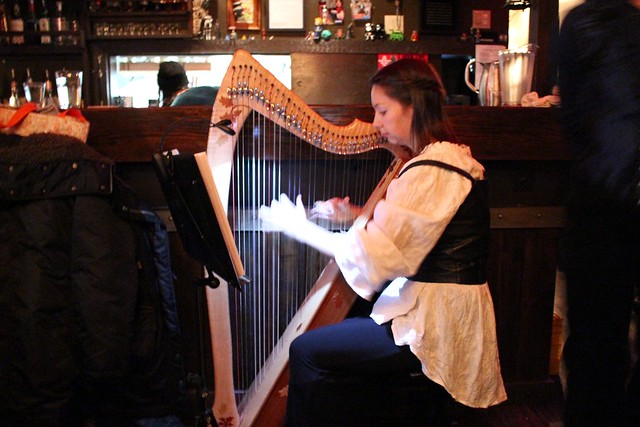 Soon after arriving we had a first row seat to live harp music which we had not listened to since we got married. 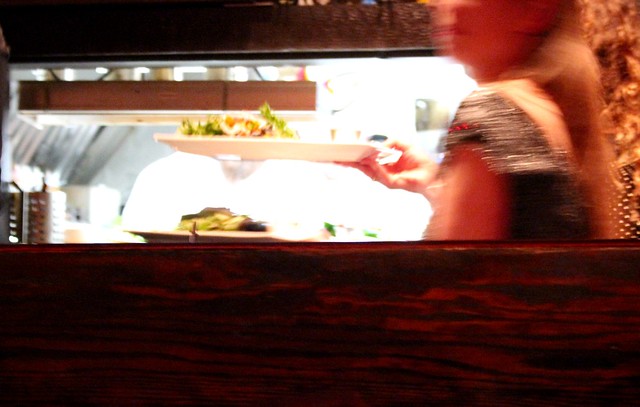 It was very impressive to see the food go in and out of the kitchen of this small pub that was absolutely packed with people. 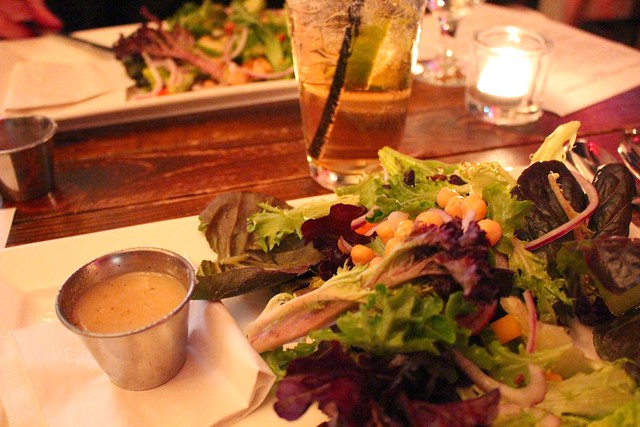 For some reason my house salad came to me without chickpeas which was quickly remedied. I loved the salad dressing, bright with bite. 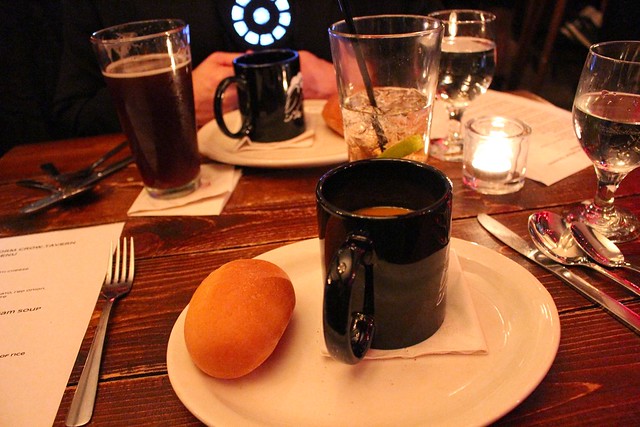 The server said the soup was butternut squash but the menu said it was yam and sweet potato. Regardless, it was velvety smooth and the warmth of the cinnamon was a blessing on such a cold night in Vancouver. The bun was a fresh roll but very cold so I warmed it up by dipping it into the hot mug of autumn-flavoured goodness. 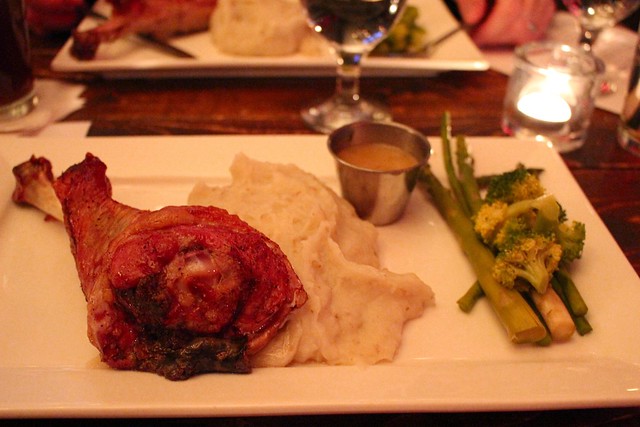 The main event for us non-vegetarians was a big turkey leg served with mashed potatoes, asparagus and broccoli. Every dish was served approximately once every hour at a great steady pace. 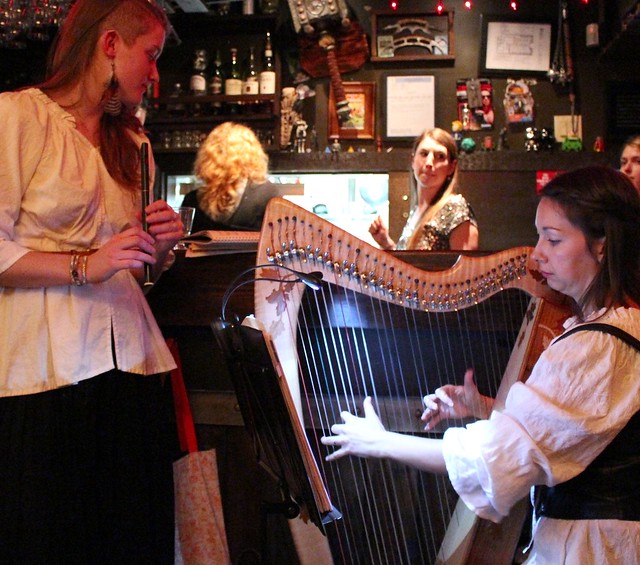 A singer and flautist arrived and together towards the end of the night they performed The Lady of Shallot as arranged by Loreena McKennitt, one of my favourite songs of all time and as usual, brought me to tears. They had to sing the last refrain twice! So tragic, so beautiful. 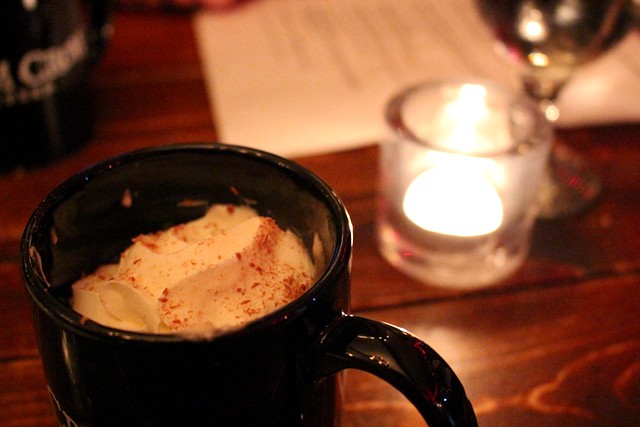 The deconstructed chocolate mocha cheesecake was also served in one of their mugs and for me, had way too much whipped cream. I told Reg it felt like I was eating a sinful treat with a dollop of butter on top. 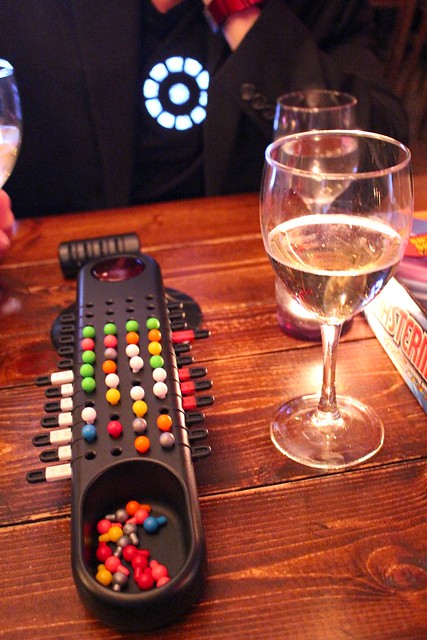 There were lots of board games to keep us entertained and I was so happy to find an updated classic from my childhood: Mastermind! It did not have all its pieces but we managed. A ton of fun. 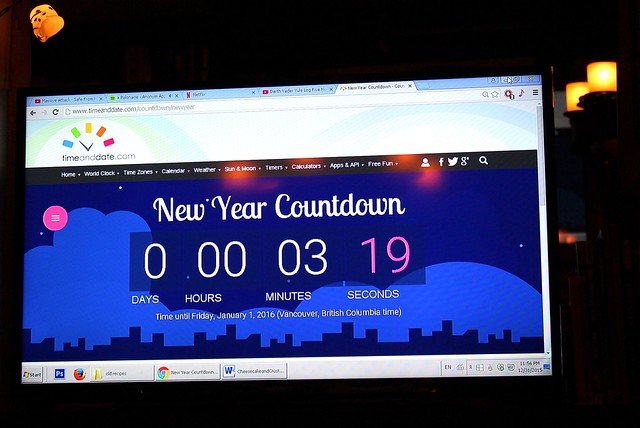 Reg and I lifted up our left leg as we went into the new year on the “right foot” and celebrated saying good-bye to 2015 and hello to 2016. I felt like I let myself down a lot last year and intend to do more this year and hopefully have a healthier year so I can do so.

Wherever you celebrated, I hope your new year’s eve was delicious and fun! Our night at Storm Crow Tavern was epic and so very yummy.