You are here: Home / Uncategorized / Our Halloween Rocked! 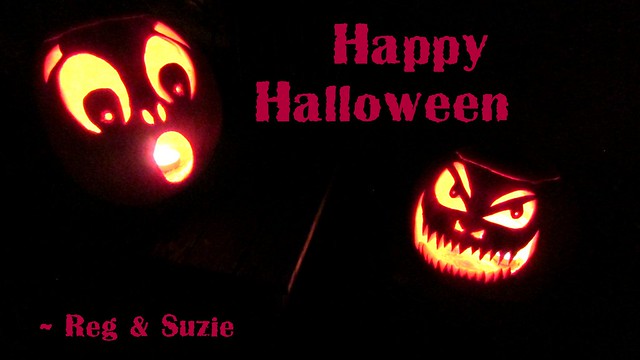 We had a fantastic Halloween! Turns out there are kids who love to go trick or treating in our neighbourhood. We got at least 40 that showed up at our door, we were thrilled! 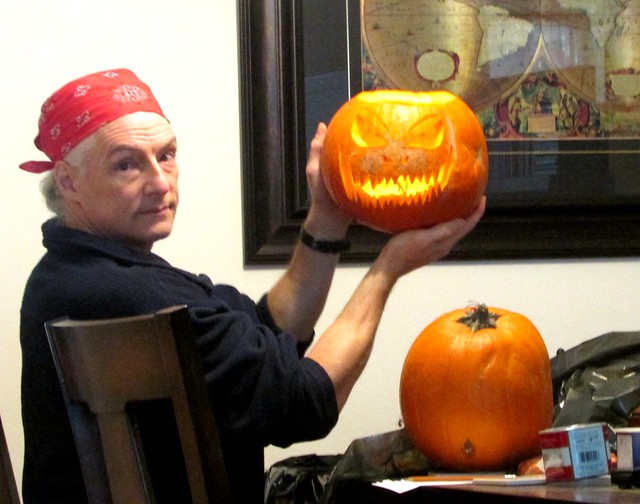 I hollowed out the pumpkins and Reg did a fantastic job carving them. We had gotten rid of a lot of Halloween gear before the move but the usual suspects came slithering out: 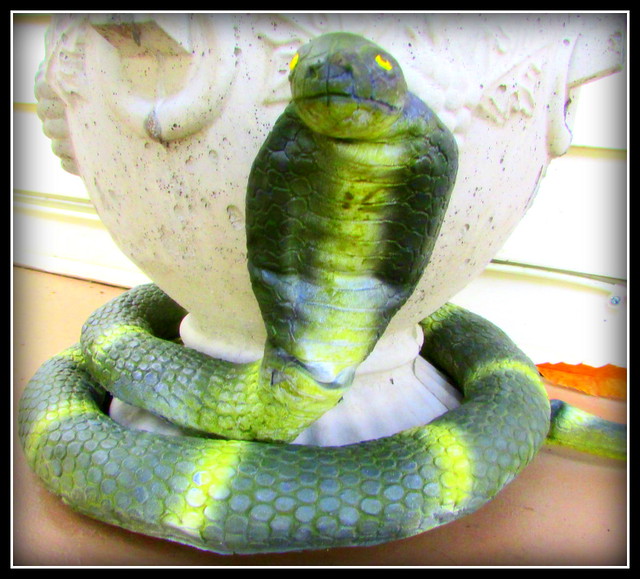 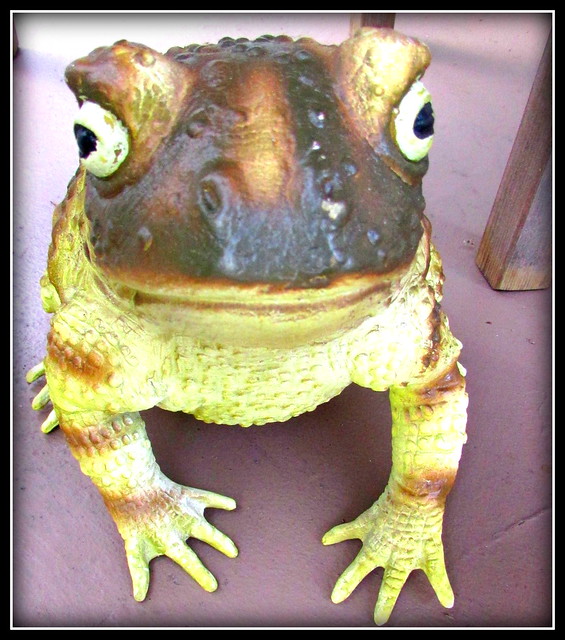 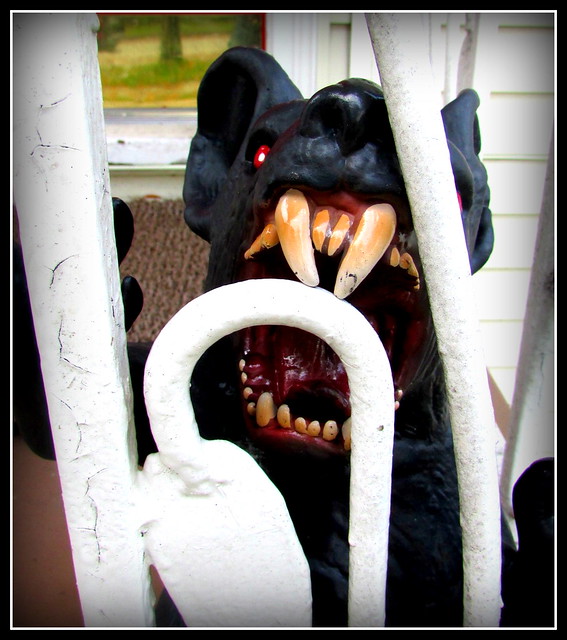 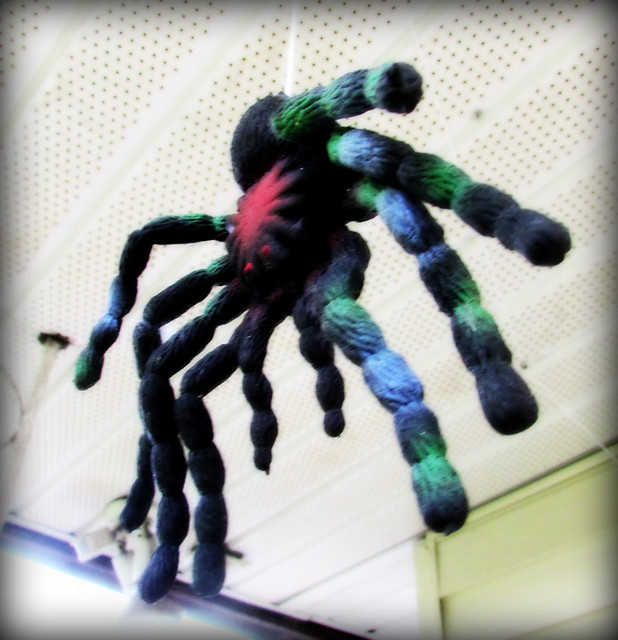 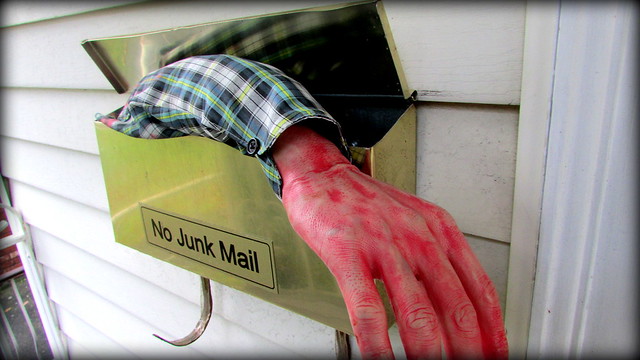 And an additional one this year, Debra, you’re going to like this! 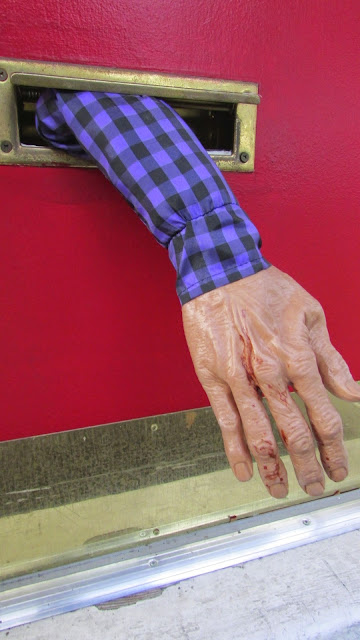 Two arms for our little Halloween display! Kids were totally curious about this one and Reg kept saying to them, “Yeah, he’s trying to get out!” 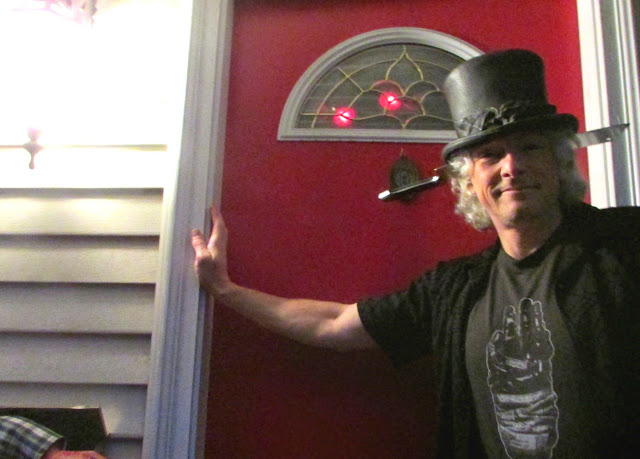 Not a lot of people decorate their houses here for Halloween so families go driving around looking for places like ours and then we got attacked by the hoard. By 8:30 we were really low on candy so Reg went out and he said it was like a war zone with firecrackers going off near and far. He came back with Cheetos but that was it, the store was out of candy.

Everything worked out perfectly. At the end of the night we still had enough candy for us to indulge a little while the fireworks died off like the end of a batch of popcorn.

A lot has changed since we lived in this neighbourhood 14 years ago. It was geared to being very anti-Halloween but now? It feels like it is a great excuse to party. Yup, we are home!