You are here: Home / recipe / My Version of Paul Hollywood’s Mince Pies 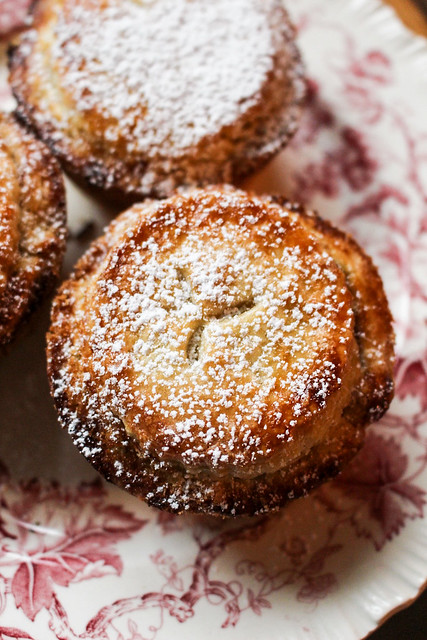 Making Paul Hollywood‘s mince pies from the BBC’s Great British Baking Show’s holiday special should have been easy. It was more like a blind bake. Mincemeat pies say “Christmas” to Reg so I wanted to make him some for that special time of year. I had to make some alterations to the recipe to get it to work so here is my version with clear instructions and baking advice. 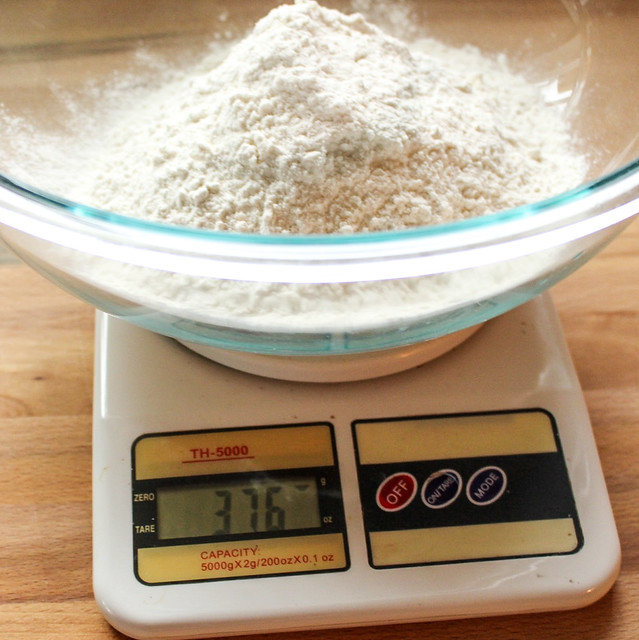 You will need: 1 large jar mincemeat (600g but get a smaller one if you can find it or use 2/3 of the jar to avoid unused filling), 2 segmented clementines, 1 finely chopped apple, zest of clementines, a little icing sugar, 375g all purpose flour, 260g softened unsalted butter, 125g sugar plus extra for sprinkling, 1 large egg (2 if flour is too dry) and 1 beaten egg for glazing. 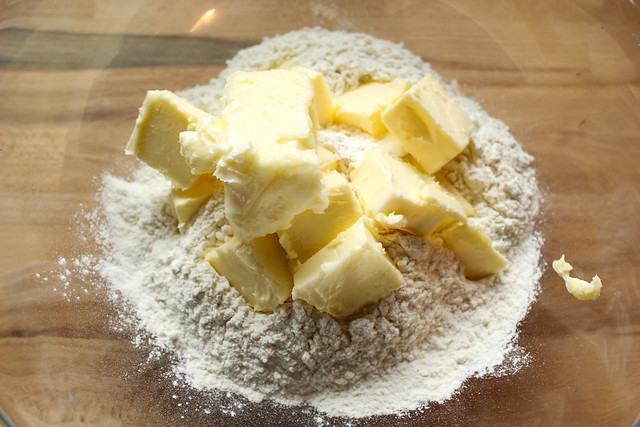 Place the flour and butter in a large bowl. 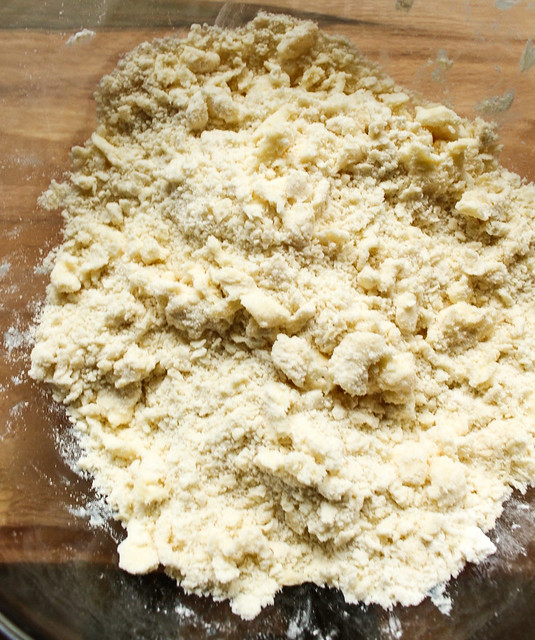 Rub together to a crumb consistency. 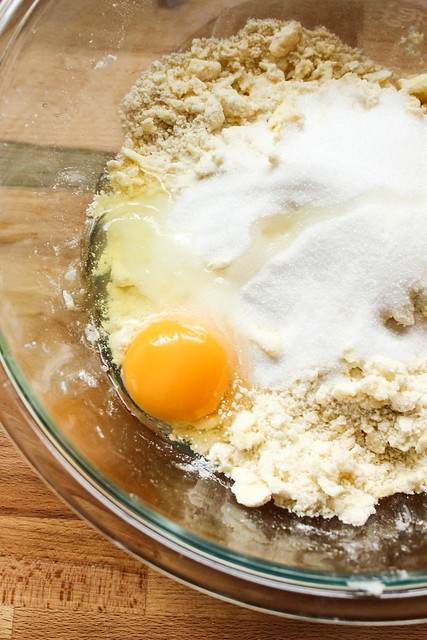 Add the sugar and the egg, and mix together. 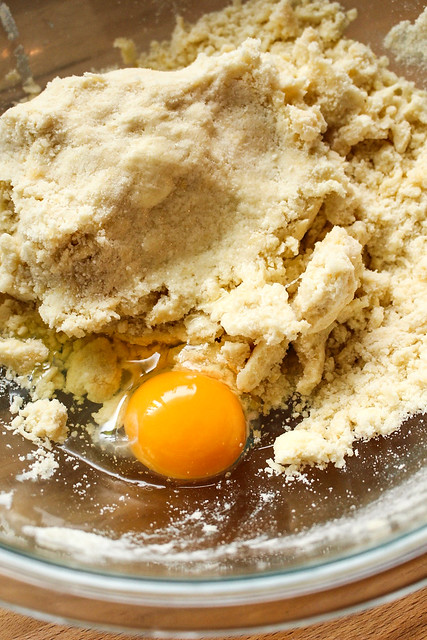 You are supposed to bring the dough together at this point and fold together but there was no way it was going to work, way too dry, so I added another egg. 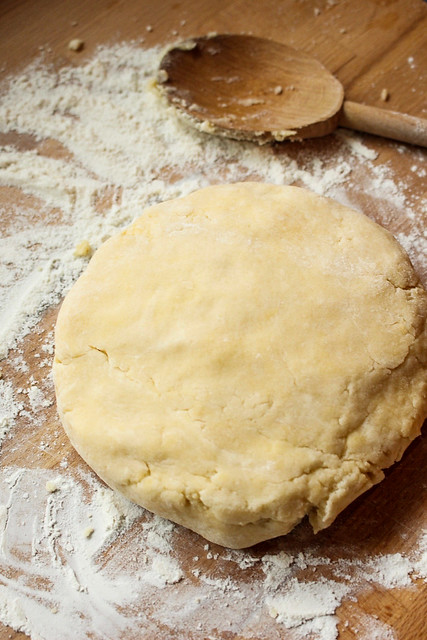 Tip out onto a lightly floured surface and fold until the pastry comes together, be careful not to over mix. Wrap the pastry in plastic wrap and chill for 10 minutes. 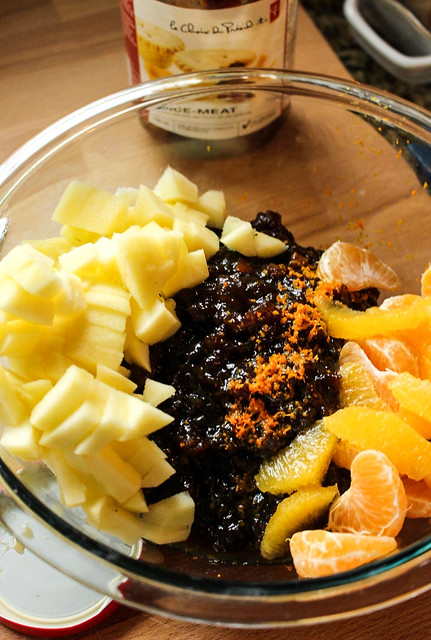 Scoop the mincemeat into a bowl and add the clementines, apple and zest. I would use 2/3 of the jar to avoid having a ton of leftover filling like I had. 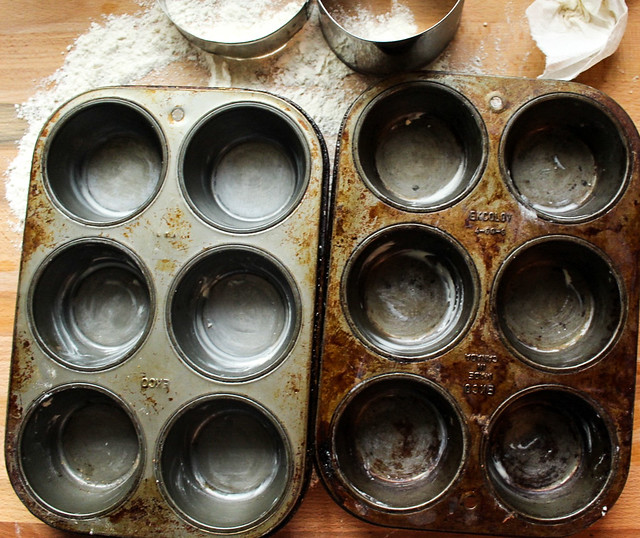 Heat oven to 220C/425F. Now he does not say to grease your muffins tins but trust me, do so!!! Also grease the tops because the egg wash is going to burn, burn, burn. 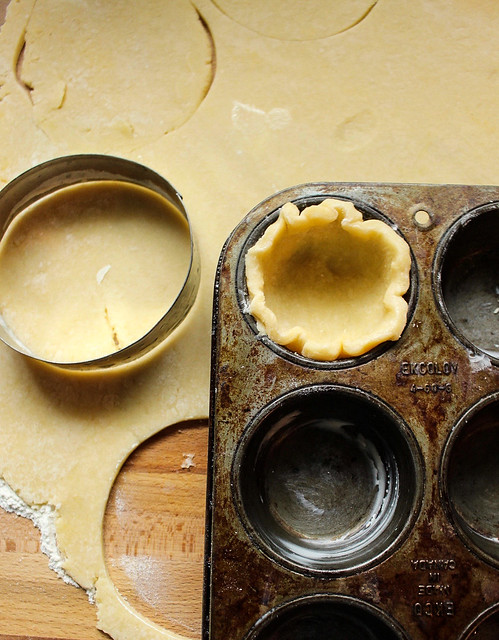 Roll out the pastry to 3mm thick. Using a round cutter (about 10 cm), cut out 12 bases and place them into muffin trays. He says to cut out 16 but I did not have enough dough. 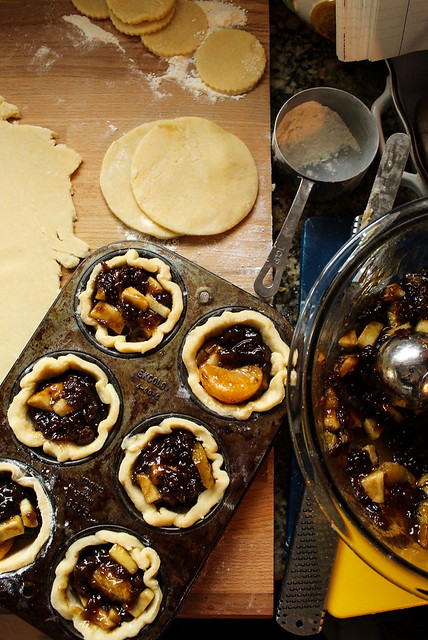 Put 1 1/2 tbsp mincemeat mixture into each. 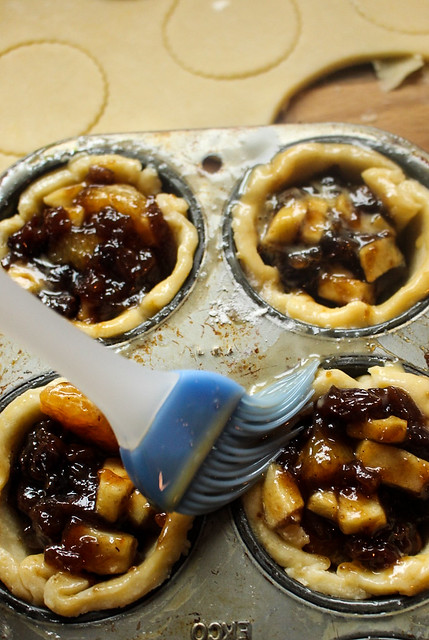 Brush the edge of each pie with a little beaten egg. 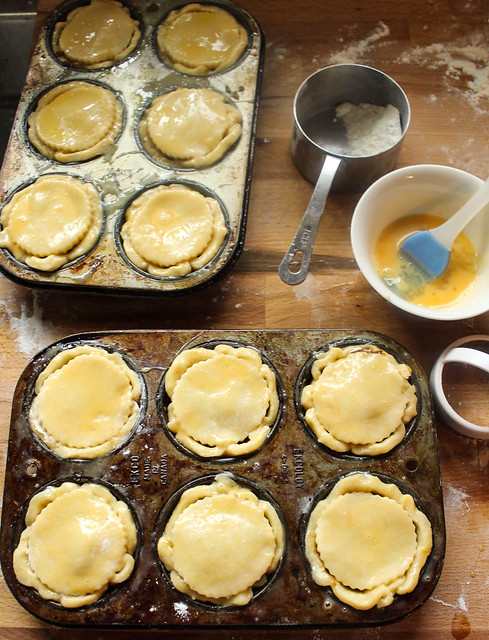 Re-roll the pastry to cut 7 cm lids and press them on top to seal. 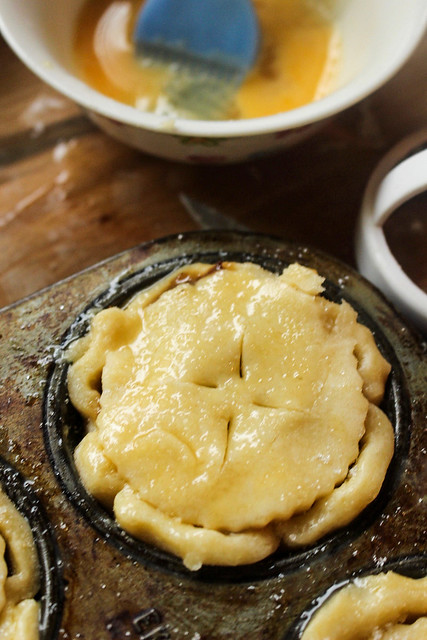 Glaze with the rest of the egg wash, sprinkle with sugar, then make a small cut in the tops. 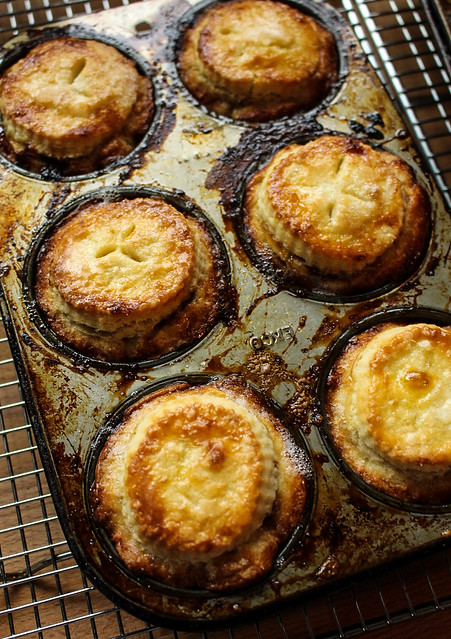 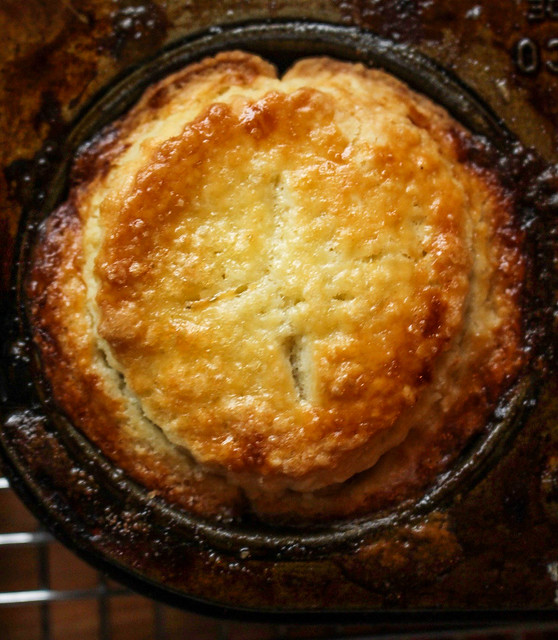 Leave to cool before releasing them from the muffin trays. Even with the greasing of the pans, getting these out was not easy! A lot of them would not come out. I recommend using a small spatula to go around the rim to loosen the pies before they cool. 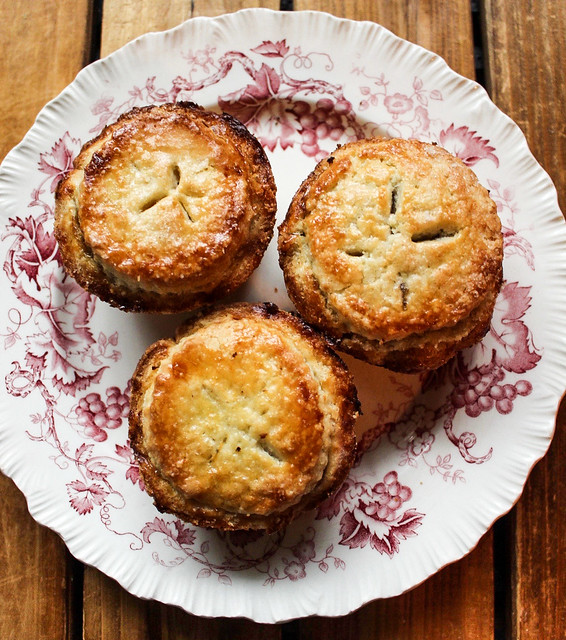 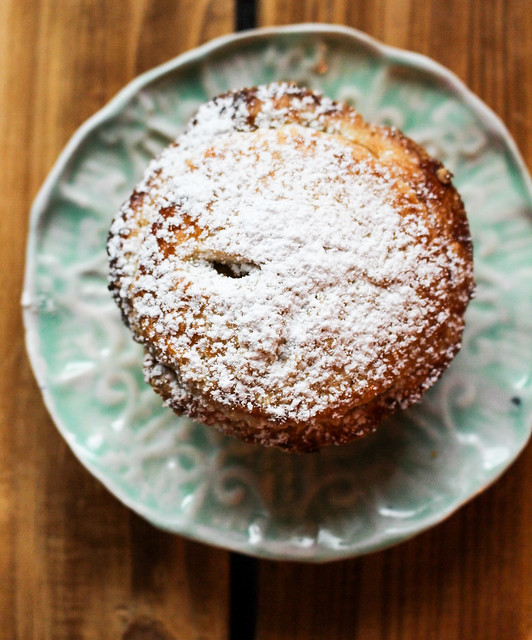 OK, these were delicious but that recipe did not have clear instructions, there was not enough moisture for the dough, there was too much filling and/or not enough pastry…!!!

If you make them my way they should be painless and appreciated by those who want that beautiful crumbling pie with that traditional filling. I will give Paul Hollywood credit. Adding fresh fruit helped take an old traditional recipe and liven it up with bright beautiful flavours.