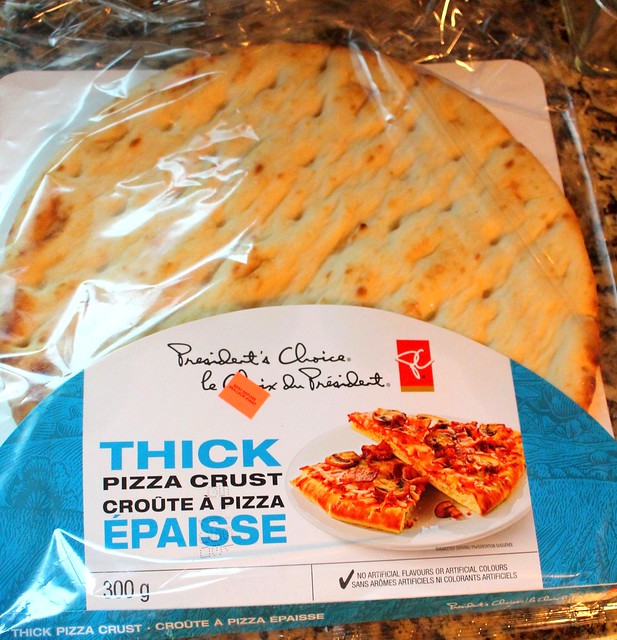 President’s Choice Thick Pizza Crust is a product I used to buy a long time ago. Since I started making my own pizza crusts, I had not considered buying it again, to be absolutely honest. 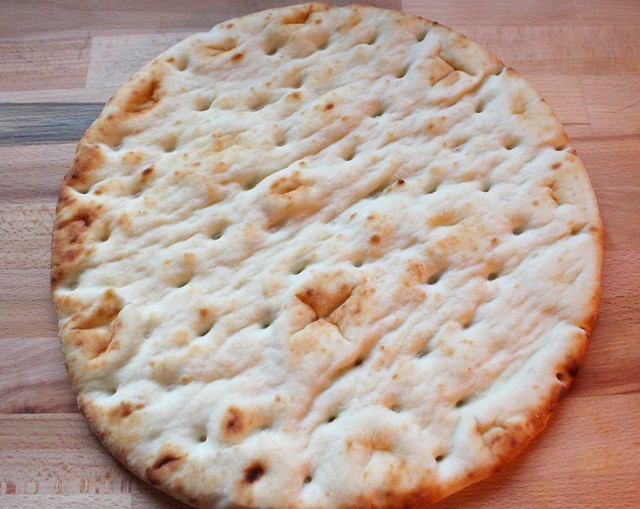 But on the weekend when I was very busy and wanted pizza without exerting the effort of making everything from scratch, I was quite grateful to have this Thick Pizza Crust to work with. 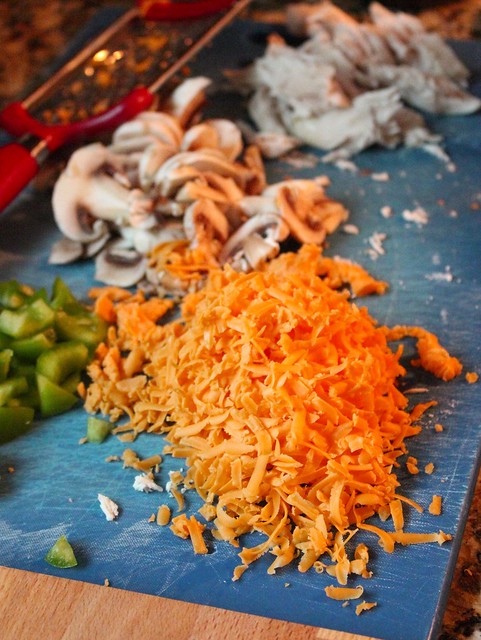 I put together all toppings for our favourite chicken pizza with sliced mushrooms, peppers, shredded chicken and old cheddar. 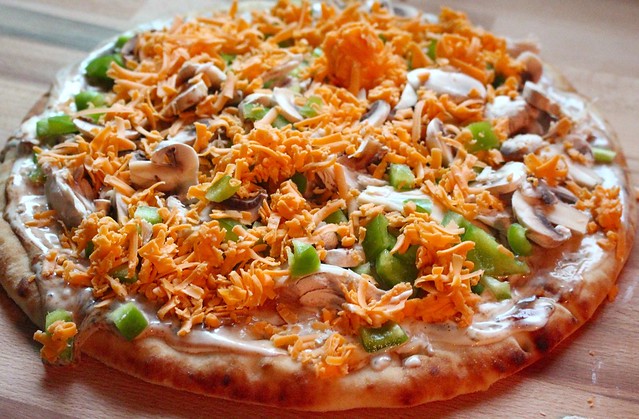 It is a white pizza with ranch dressing on the bottom and a little hickory smoke BBQ sauce mixed in. 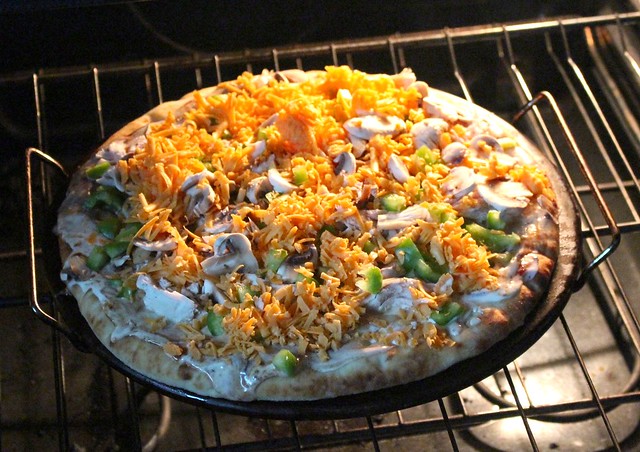 Old habits die hard so I heated up my pizza stone and used it as usual. I normally have to cook the dough first for a while before adding the toppings so it was extremely convenient to just toss the completed pizza in a preheated 450F oven for 8 minutes, as directed. 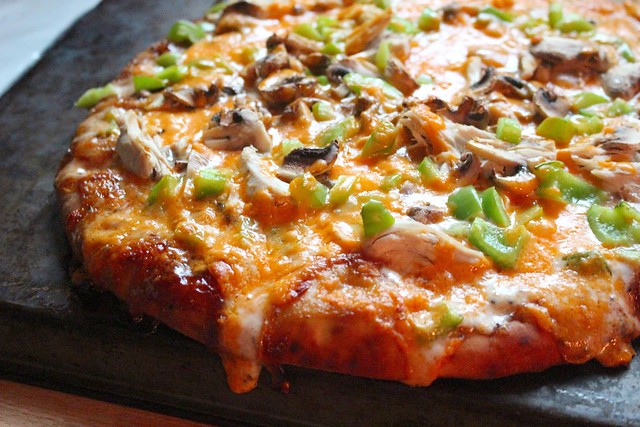 So much easier! As good as homemade pizza dough? No. Pretty good though? Damn straight. All our favourite flavours with mess-less fuss. Fabulous! This product gets three and a half out of five wooden spoons. 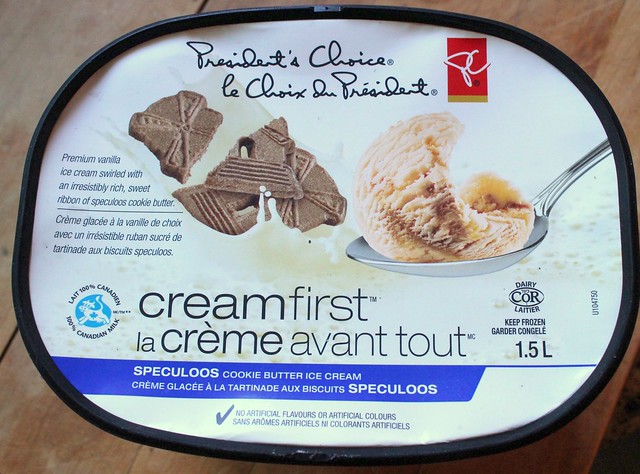 I will admit I was a little nervous about product testing PC’s Creamfirst Speculoos Cookie Butter Ice Cream. I reviewed their cookie butter Speculoos back in December and it got a four out of five wooden spoons rating. 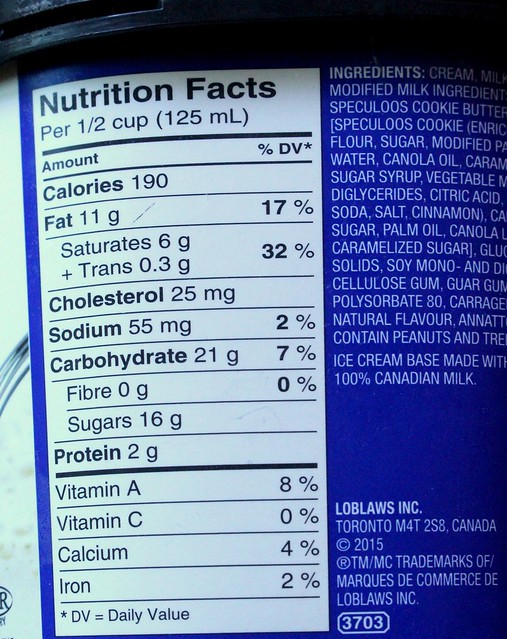 Since then, I tried to use up the bottle and added it a little too generously to our waffles and Reg went from liking it to HATING it! 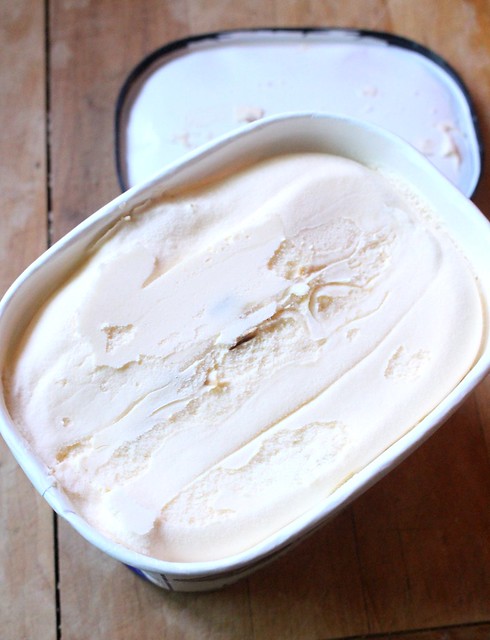 I have had the Creamfirst ice creams before and really like them. Very light and creamy, 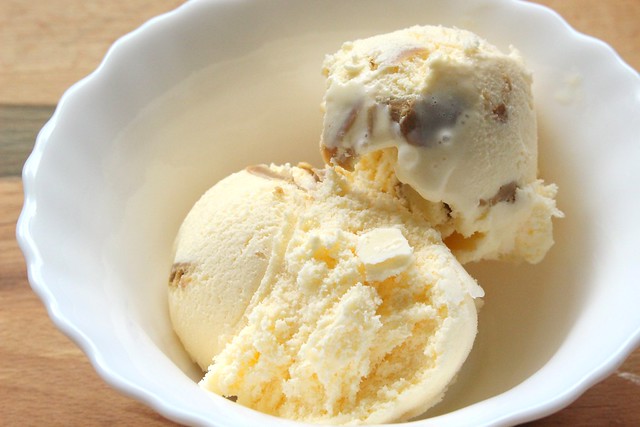 “I think that’s the point Babe. It’s supposed to!”

“Well, the ice cream tastes great except for that stuff.”

So there you have it. If you like the idea of uncooked cookie dough being in a very high quality vanilla ice cream, you will like this. If the idea turns your stomach, stay away.

Personally? I’m not a fan of cookie dough in general and find this way too sweet for me. I agree, the vanilla is excellent but the Speculoos is just too much.

For me, I give this a three out of five wooden spoons and for Reg it is a pass. For cookie dough lovers, it is a five out of five.

That may be perhaps the most complicated foodie rating I have ever given!