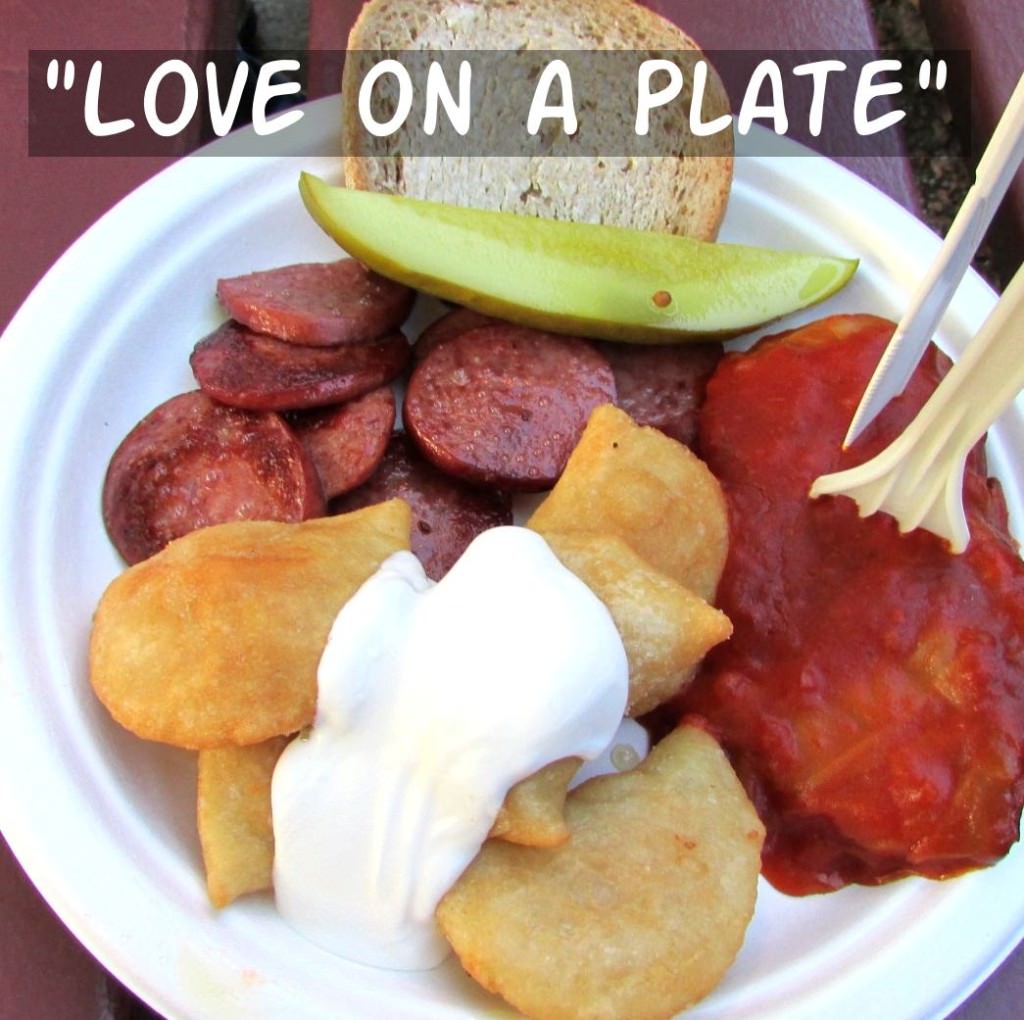 So you all know I have been super “burned out” lately. Reg came home on Saturday afternoon and said that it was the opening day at the PNE (our Ex) and Colin James was performing tonight. I thought to myself, too bad, I’m tired and I’m going to bed. It was 2 pm.

I did go to bed but I had a power nap and woke up and wanted perogies. In fact I wanted the whole Ukranian plate from the PNE so I told Reg, “Let’s go!” 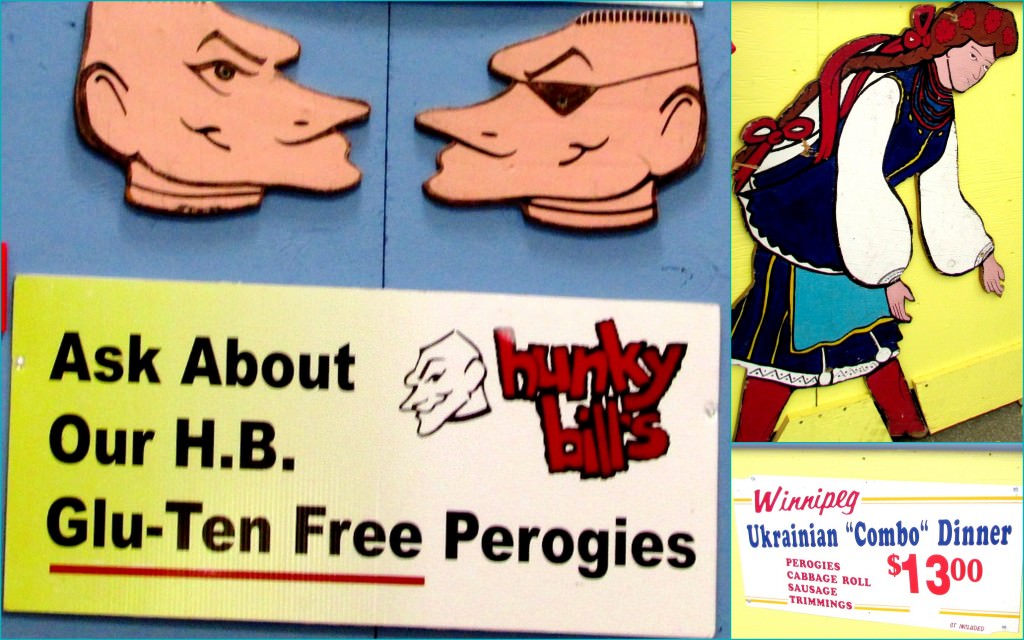 You know you are in Vancouver when they have gluten-free perogies. I don’t think I will ever tire of seeing signs like this.

The food was like love on a plate. The kind of food my mom would eat that I really needed to reboot my foodie system. It wasn’t some crazy plate of food that I kept hearing about for the fair. It was a cabbage roll, rye bread, sausage and perogies topped with sour cream. The slice of pickle was so sore it almost made me cry and got me coughing. Good times. Suzie the Foodie medicine. 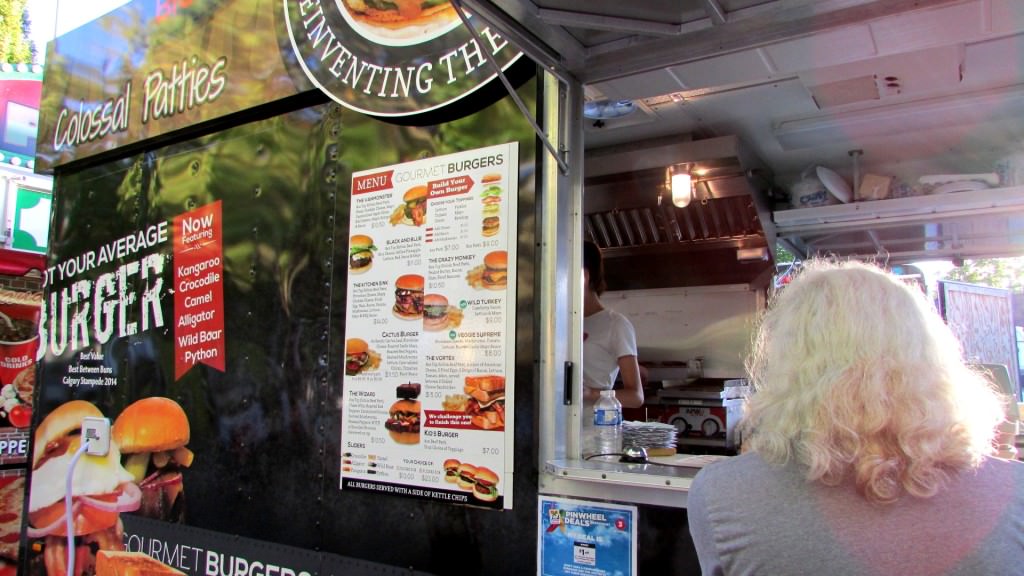 Reg on the other hand went CRAZY! He ordered “The Wizard” burger. 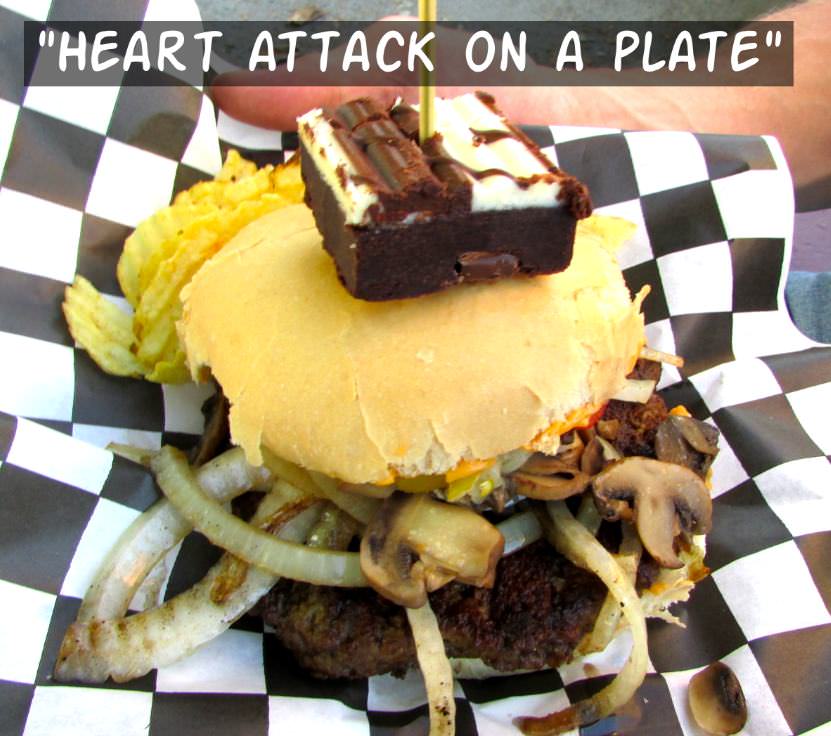 Hot peppers and Cheez Whiz served with a brownie on top. He called it “A Heart Attack On A Plate” and ate most of it. In the end, he finished the meat off with a fork but left a lot of it behind. I was so proud of him. That was a real foodie adventure. Sadly, I think he felt full of regret after eating it but he got some serious cred from me. 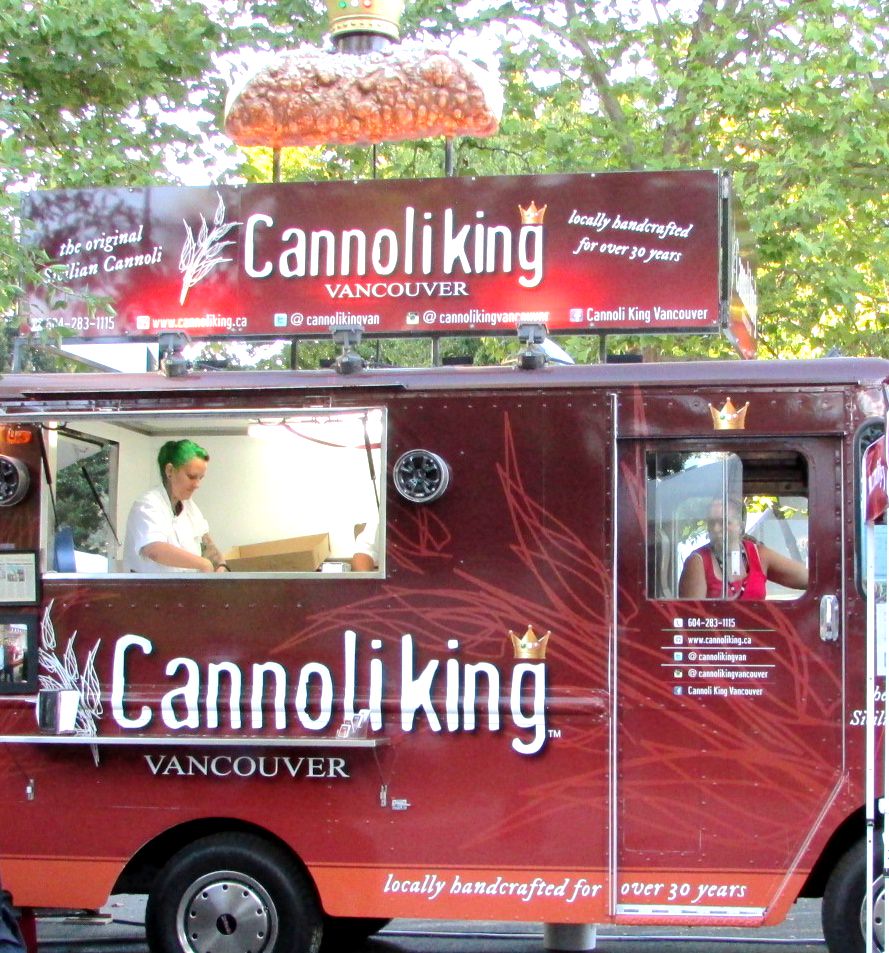 There were so many places to stop and eat. 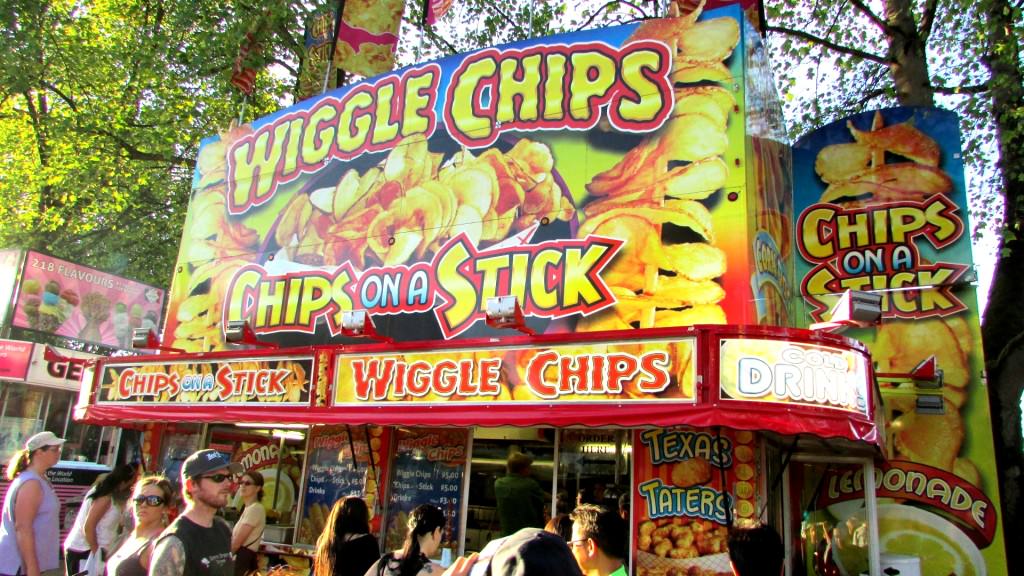 I mean who doesn’t want to try wiggle chips? 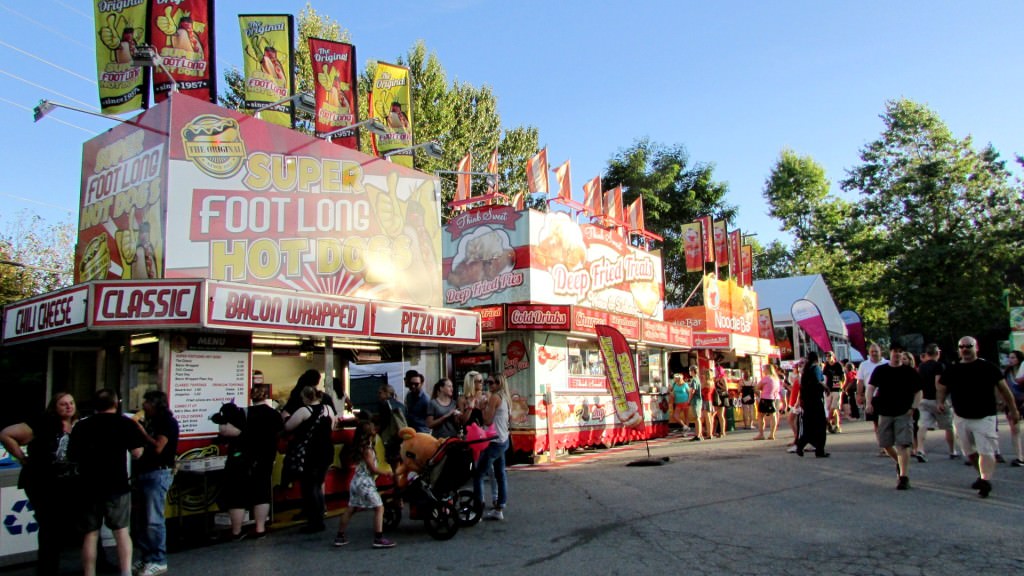 But we had had our meal so we headed off to see the Colin James concert. 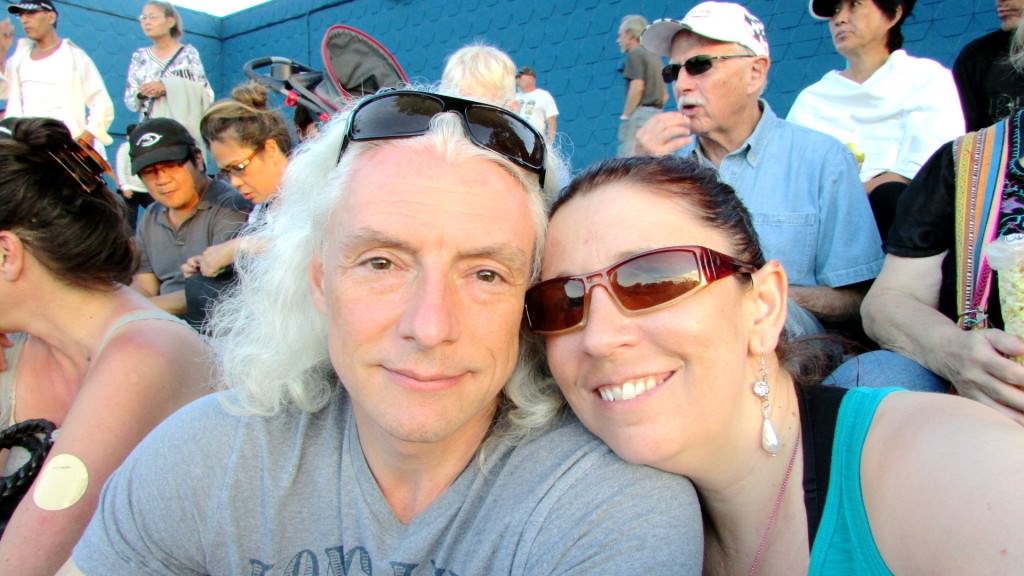 Special thanks to the gentleman sitting behind us for letting us sit here. The place was packed and it was the only spot left. 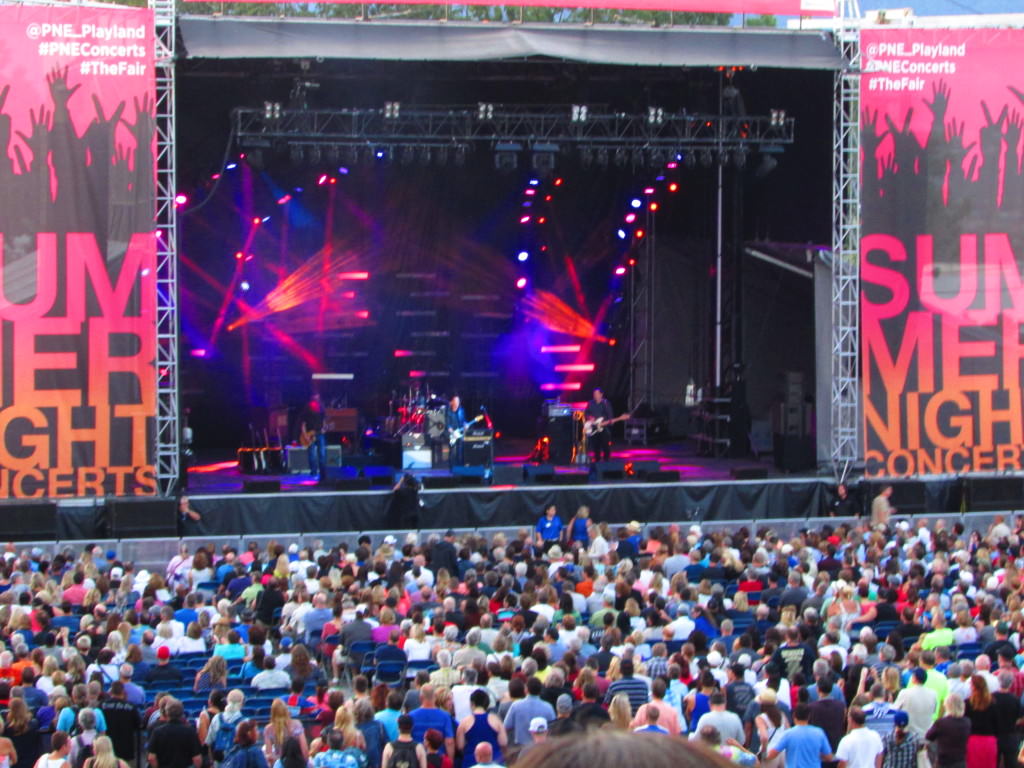 As the concert started I realized, damn, we have been living in Vancouver for almost a year. We even went to the PNE last year when we were living in a hotel on Broadway, waiting for our stuff to show up from the East Coast. 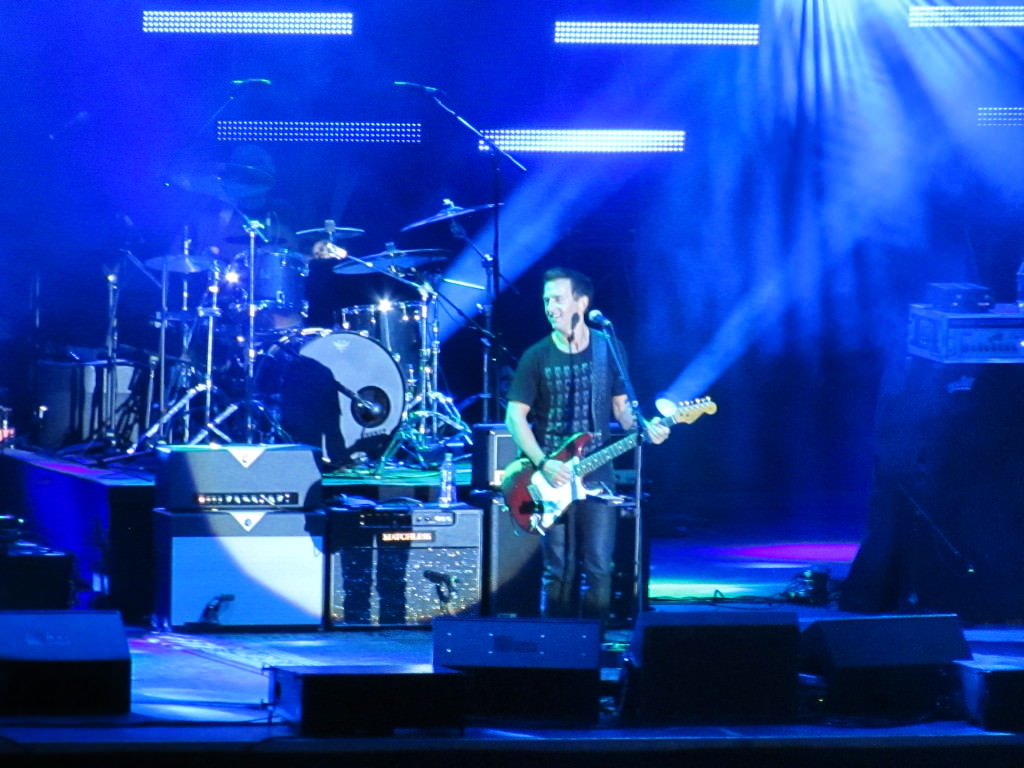 The last time we saw Colin James was in Halifax. So odd how things have come full circle. 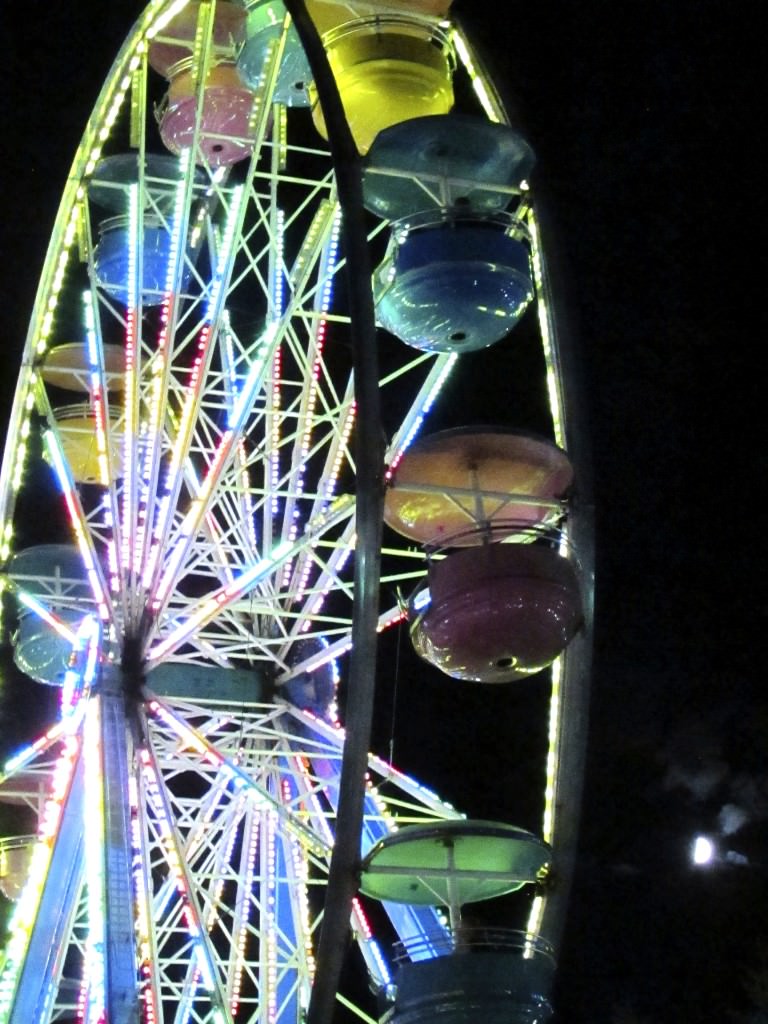 I think the last time I was at an exhibition at night was after seeing Stevie Nicks at the CNE a long time ago. There is such wild and fun energy there at night and no blistering heat or sun. Just a filling half moon. 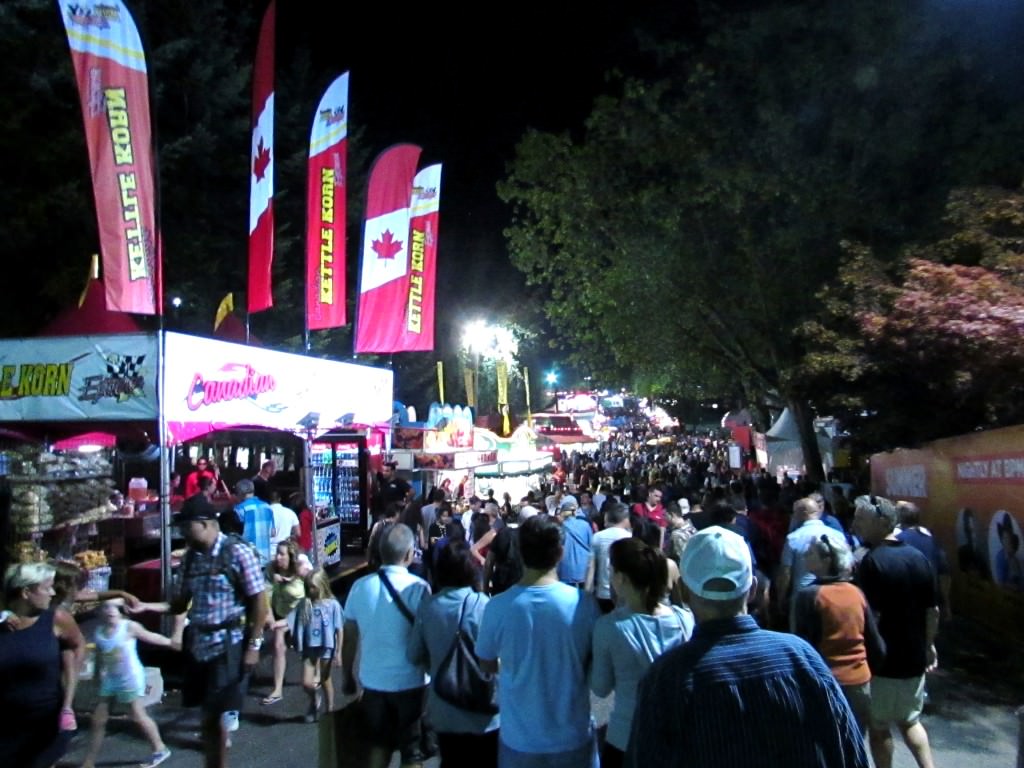 Toronto’s Ex back then had a serious dark energy vibe to it that freaked me out. Luckily for us this weekend it was all fun and excitement on the first official night of the PNE. 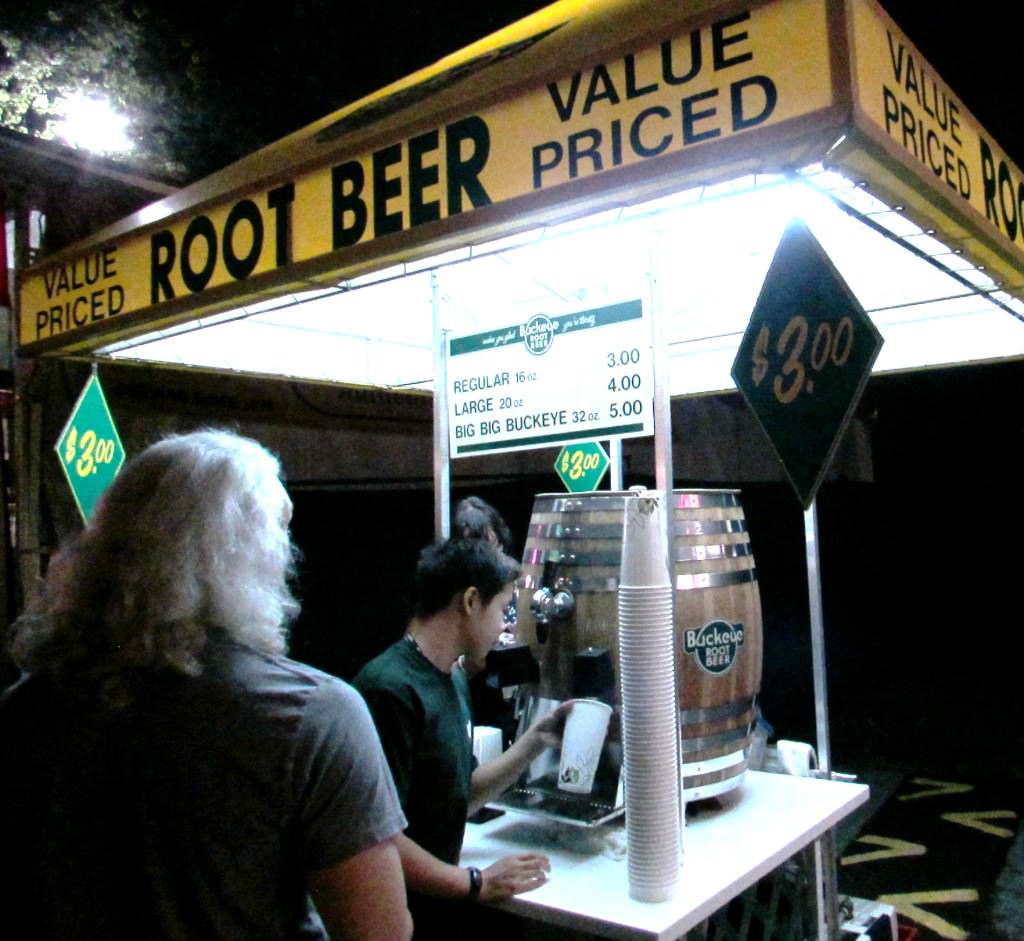 On the way out we got a big old bucket of root beer to indulge in on the way home. We were thirsty! All that singing and screaming, that root beer felt damn good on our throats and tasted awesome. 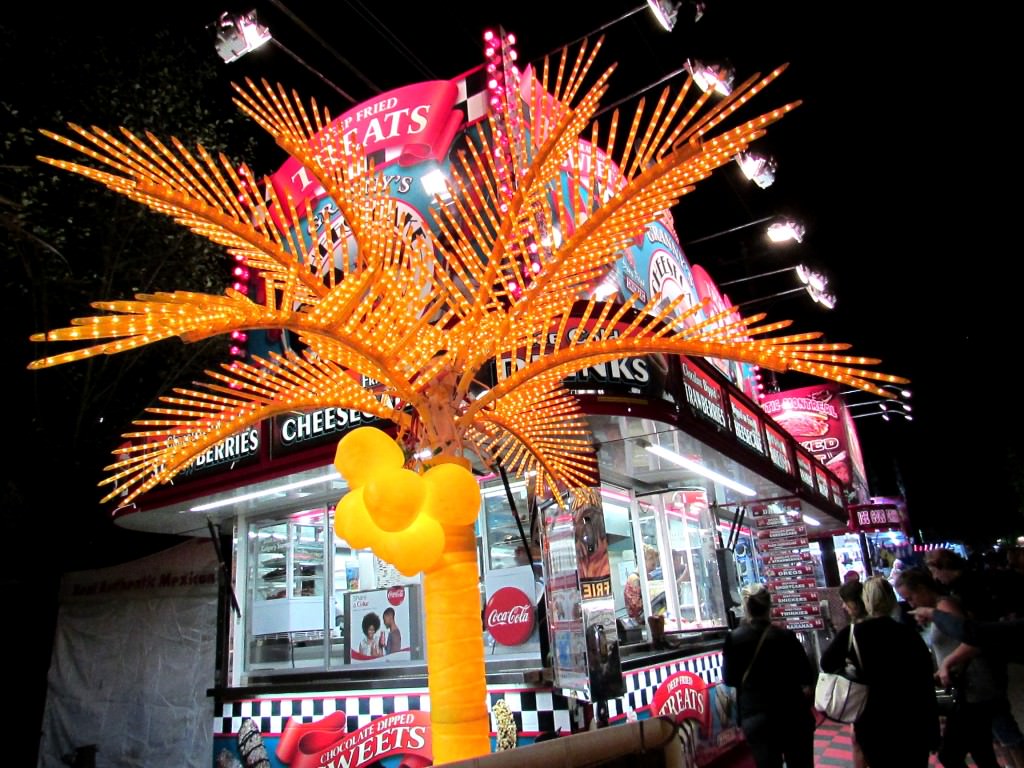 Summer is coming to a close and I am kind of relieved. It has been one hot summer here and I spent a lot of it wilting. I am looking forward to making soups this autumn but I do hope to squeeze in some ice cream making before the cool wet dark finds us in Vancouver.