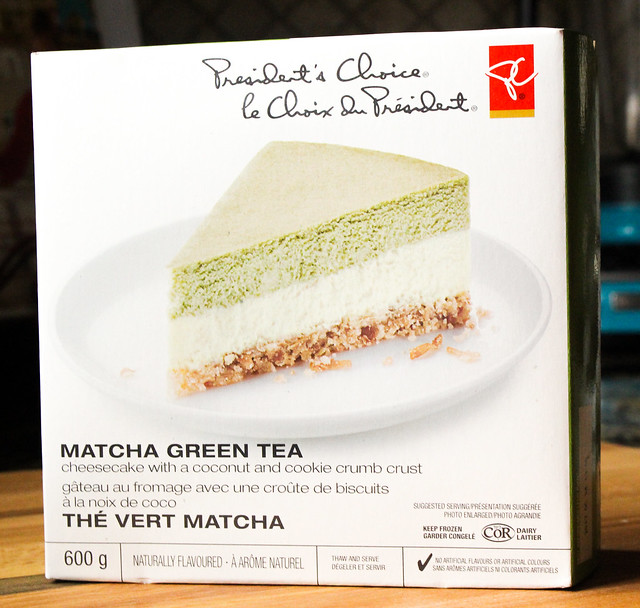 One of the products in the PC Mystery Bag was their Matcha Green Tea Cheesecake with a Coconut and Cookie Crumb Crust. Fascinating! I have heard so much about the magic of matcha (powdered green tea leaves) but had not come across it due to my caffeine issues. This way I could enjoy the flavour and hold the migraine, thank you very much. 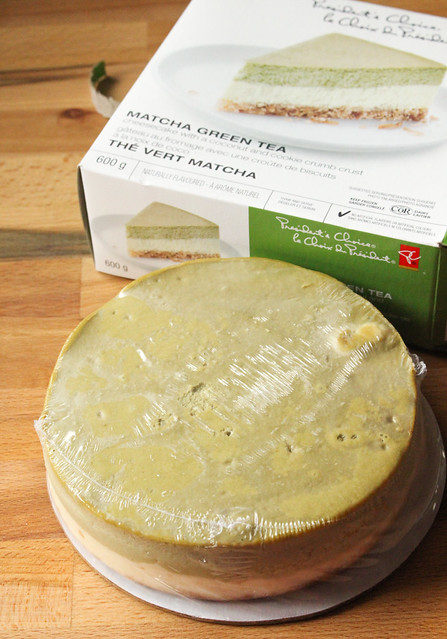 “A crumb crust of vanilla cookie with toasted coconut flakes is layered with rich, velvety vanilla cheesecake and topped with a final layer of smooth, subtle matcha-infused cheesecake. The creamy layers and green tea flavour make each bite exquisite.” 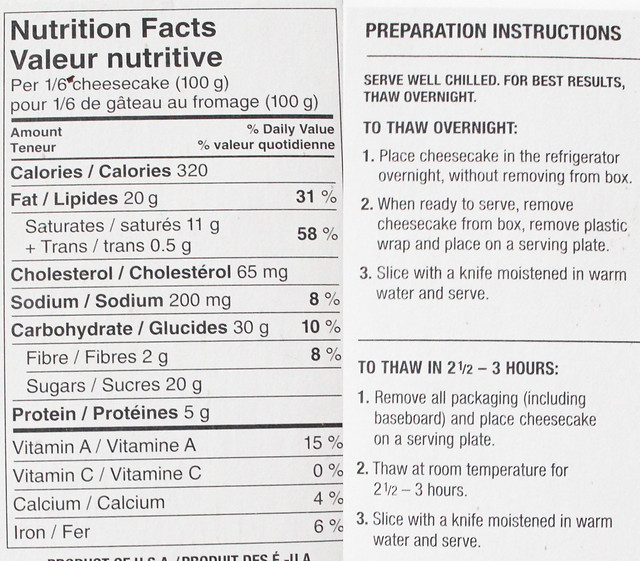 This is a small cheesecake that comes plastic wrapped on a cardboard disc in a cardboard box. I decided to do the slow thaw method by keeping it in the fridge overnight. 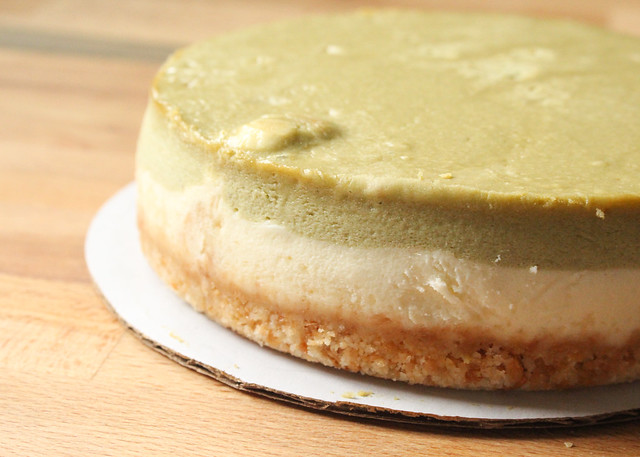 You can see the different layers clearly: crust, cheesecake, matcha-infused cheesecake. Because there are no artificial colours, the matcha is a natural green tea colour which I liked. 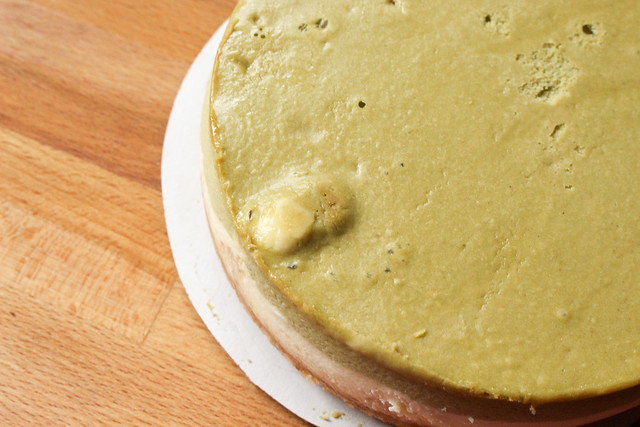 I actually really appreciated the little dollop of un-mixed cheesecake on the top. Gave it a little artisanal touch and made it feel less factory-made. 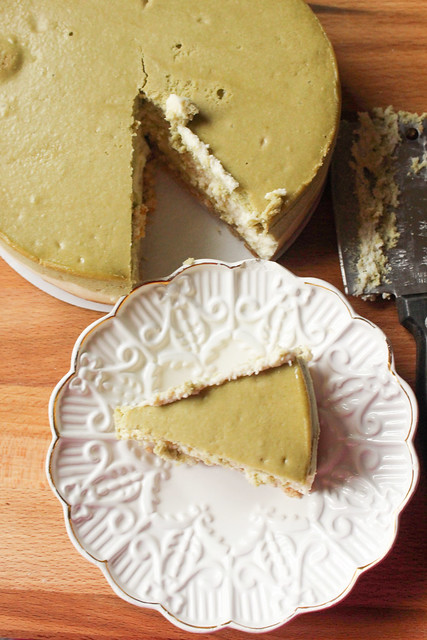 As someone who has never had matcha before, I made sure to taste that layer on its own in particular. It is quite subtle but you do get that green tea flavour which is quite remarkable.

Just like their passion fruit cheesecake, this one is unbelievably creamy! So rich and delicious. I loved it but have one complaint. The coconut crust. I found the texture and flavour interferes with my enjoyment of the eating experience of Matcha Green Tea Cheesecake with a Coconut and Cookie Crumb Crust which is a bummer.

I am not the only one! I brought little matcha cheesecake bites to drawing class and another student agreed with me about the crust and did not like the coconut either. Overall, most people loved it and everyone commented on how creamy it was. One student loves green tea but found the matcha flavour to be overpowering and did not like it one bit. 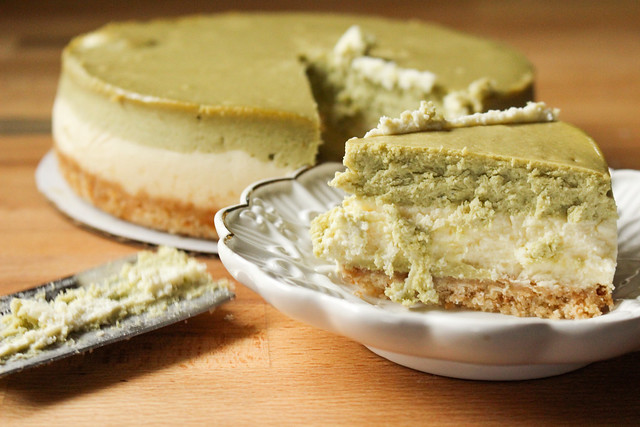 The ultimate authority on cheesecake though is Reg and he loved it. We both found the matcha flavour to be intriguing. It is so rich we can only have it in the tiniest of pieces after dinner so the small size of the cake makes sense to me. A little goes a very long way.

Cheesecake is one of those desserts that is not inexpensive to make and takes a long time due to the cooling and chilling process. Only the die-hard bakers like myself would take on such a project so buying the Matcha Green Tea Cheesecake makes perfect sense. It has taken a classic baked dessert and given it a modern reinterpretation. Genius! BTW, I saw matcha powder at the Bulk Barn the last time I was there and it is ridiculously expensive! I think it may have been the most expensive item there so buying this as opposed to making it yourself will actually save you money.

This would have gotten a perfect rating but that coconut crust got in the way. As a result, I give this product four and a half out of five wooden spoons.