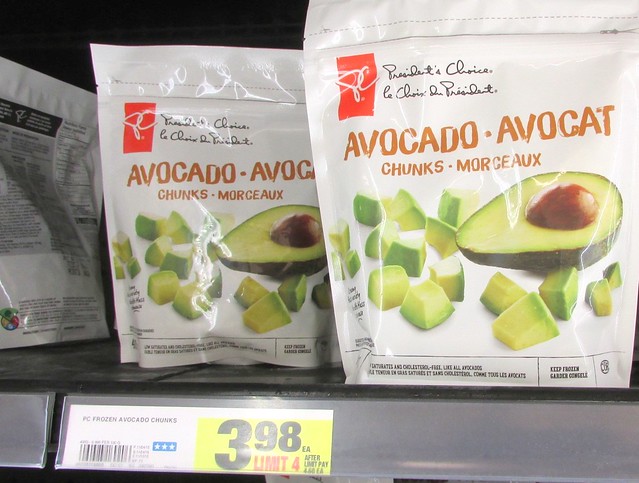 My most awesome friend Kelly told me that President’s Choice now sells frozen chunks of avocado! I could not believe it. I thought it was an ingenious idea on many levels. 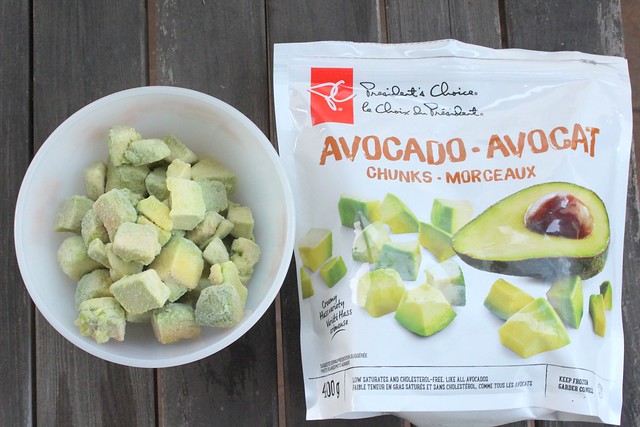 I am probably the crappiest avocado shopper on the planet so for me, the idea of picking up frozen chunks of avocado that are perfect for guacamole making was something I had to explore. It sounded too good to be true. 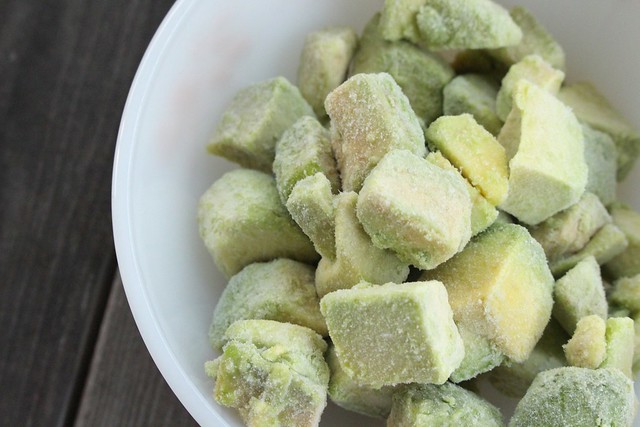 Since most people I spoke with said they would use the product for smoothies, I had to try it that way. I have smoothies every night so it was no problem.

Kelly warned me that they are super hard and make a ton of noise in the blender so I let them sit out on the counter while I cooked dinner. By the time I was done cooking they blended up great with my berry smoothie. I do not find avocado adds much in the way of flavour to the experience of drinking a smoothie but it does provide healthy fats and makes it even thicker.

It did add a green tinge to my pineapple mango smoothie but no big deal. Reg did not even notice the addition of the avocado and he hates it so bravo PC! 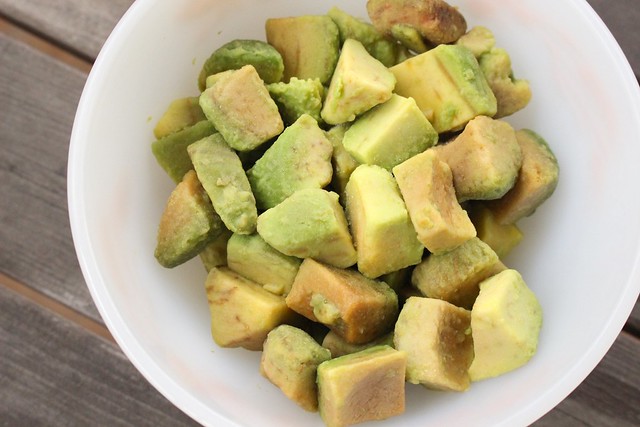 I was most skeptical about using the frozen avocado for guacamole. The instructions on the package say, “Keep frozen. Thaw in the refrigerator. After thawing, use as soon as possible. Do not refreeze.”

They did not say how long it would take to thaw in the fridge so I put mine in a bowl the night before and let it thaw for lunch the next day. As you can see, there was definitely some discolouration. 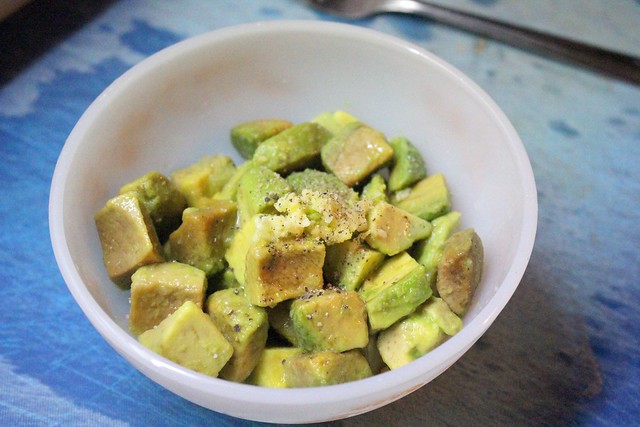 I added my lime juice, pressed garlic, salt and pepper and tried to mash with a fork. Ouch! Not exactly easy to do and some chunks absolutely would not mash. They were really, really hard even when thawed. 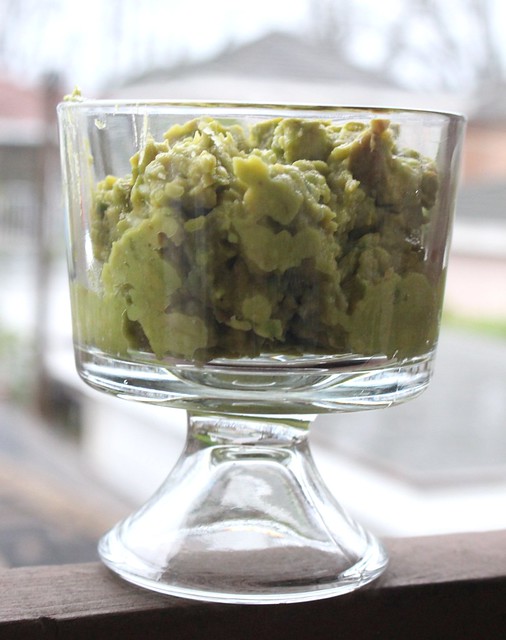 As a result, I ended up with a VERY chunky guacamole. 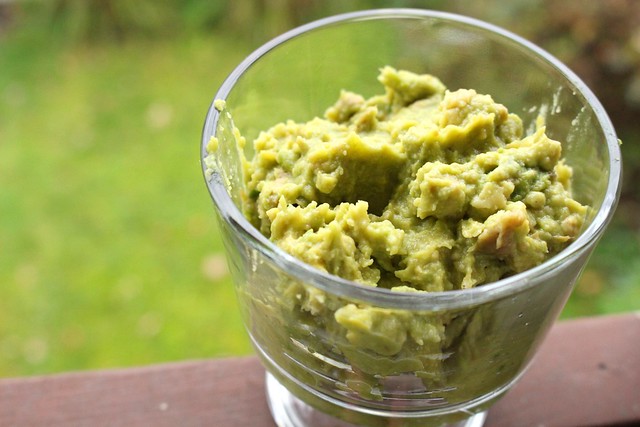 The discolouring was not too apparent and the flavour was not affected. This was a good guac but not easy to make. Next time I will use my food processor! I will also not let it thaw as long in my refrigerator. 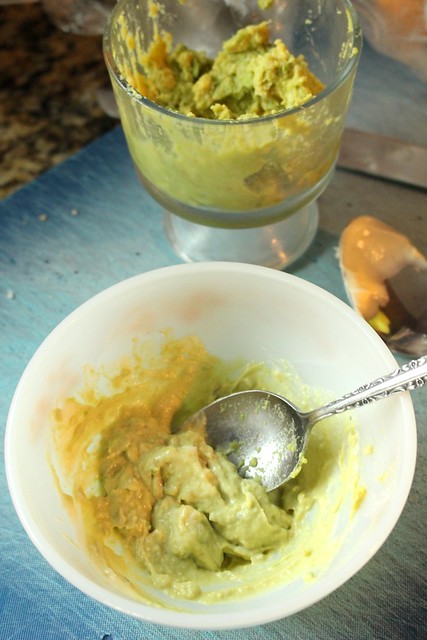 Ironically, PC used to make my favourite aioli which was made with avocado and is no longer available. So I made my own with the leftover guacamole I had. 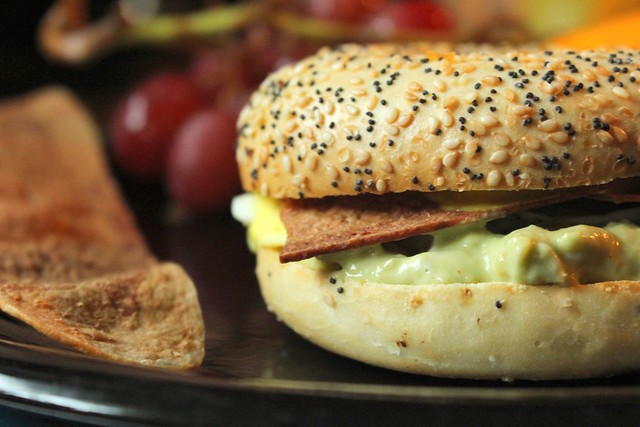 Unbelievably delicious! Damn, I am making that again. The perfect most tasty way to enjoy avocado if you ask me. 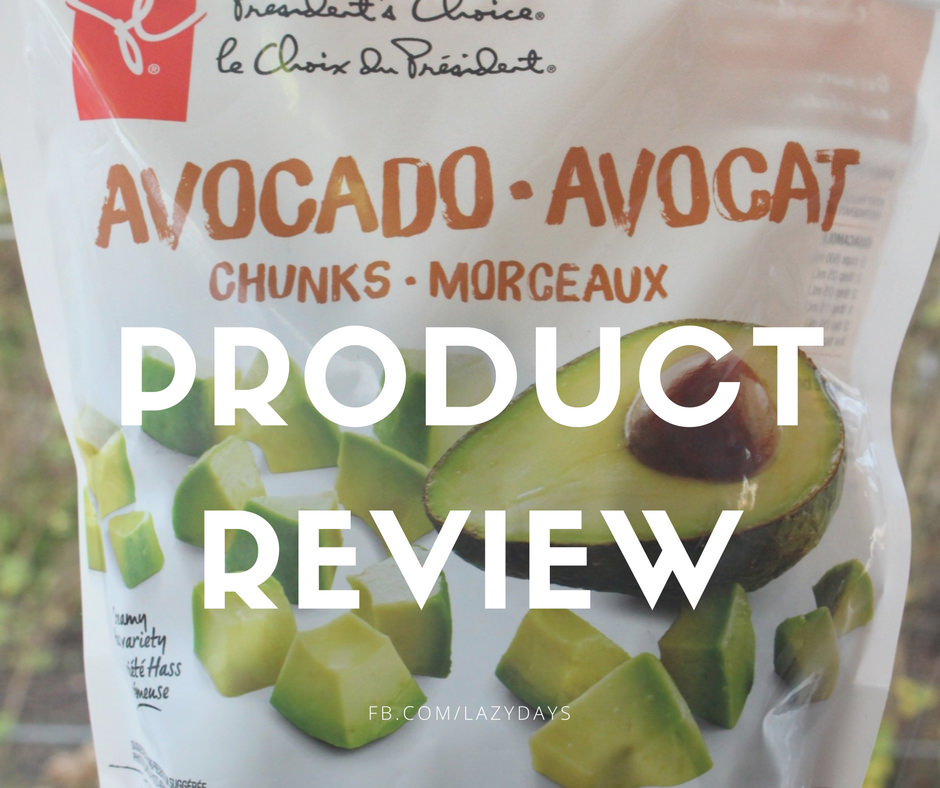 If you are going to buy President’s Choice Chunks of Avocado for smoothies, you will not be disappointed. This is an absolutely genius idea and I hope they keep offering it on a regular basis. So much easier than buying your own avocado and freezing it yourself. Just give it some time to thaw before blending.

If you are like me and prefer to have yours in guacamole and are super picky about potential discolouration, this may disappoint. It is avocado. Expecting it to remain a pristine colour after thawing out is not realistic but I can tell you, as someone who has wasted a ton of money on crappy avocados… I am thrilled with this product!

All I really care about is flavour and not wasting money, food or effort. As a result, I give this product four and a half out of five wooden spoons.