You are here: Home / McDonald's / Product Review: The McLobster 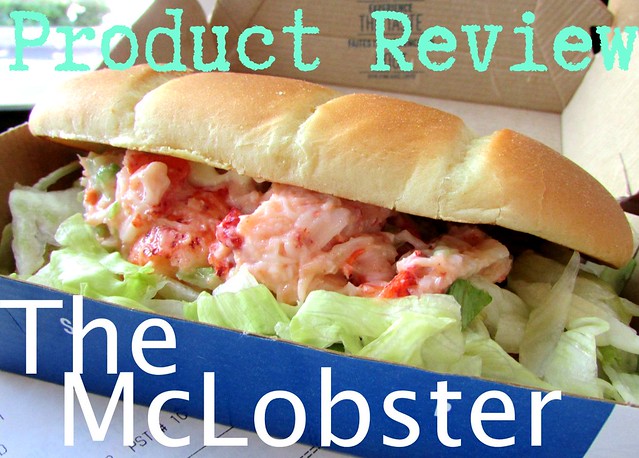 Wednesday June 17, 2015 was the big launch of The McLobster at McDonald’s. It will be available for $7.49 plus tax at McDonald’s across Canada until June 30th.

Funnily enough, I was out for a super-long walk and needed to rest and pick up something to eat and drink on the day of the launch. It was perfect timing!

McDonald’s at the Kingsway & Victoria

OK, maybe not entirely perfect since two guys almost got into a fist fight right beside me as I waited for my order. I guess I was in a rougher part of town or something which is too bad because the location I was at had its own parking lot and a drive-through. 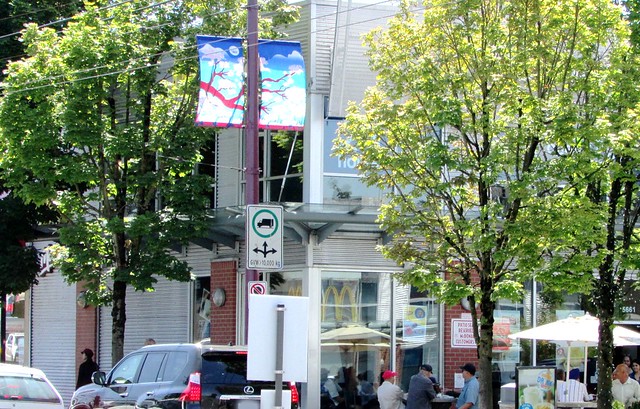 Most locations in Vancouver are like this one. You order your food and go. There is a second-story place to eat but there are all these signs about not staying for longer than 30 minutes. Not exactly a welcoming family location but the people who work there are always nice. Never had anyone almost come to blows over potential line-cutting. Sheesh! 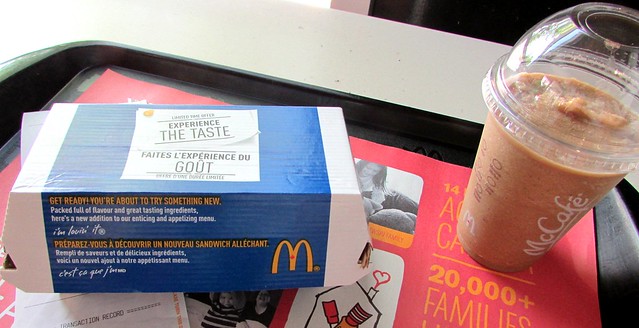 I sat as far away from the crazy people as possible. I had ordered a lobster roll and a snack-size coffee frappé, my absolutely favourite summertime drink. OK, that’s a lie. I would drink it all year if it was available which it isn’t which almost made me cry. Seriously, I am addicted. 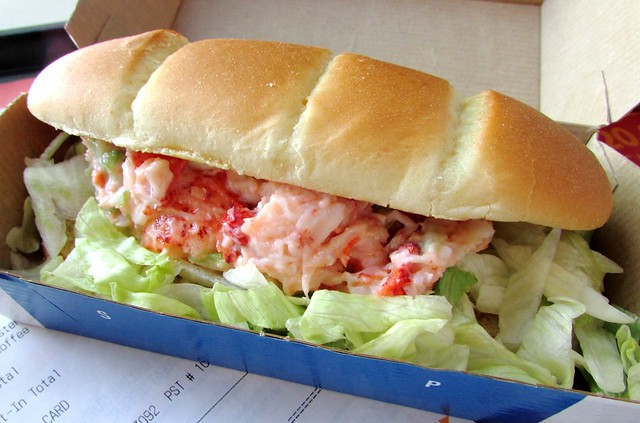 Voila! I have to admit, I was impressed. There was a nice bit of lobster meat and the bun was soft and fresh. So was the iceberg lettuce. 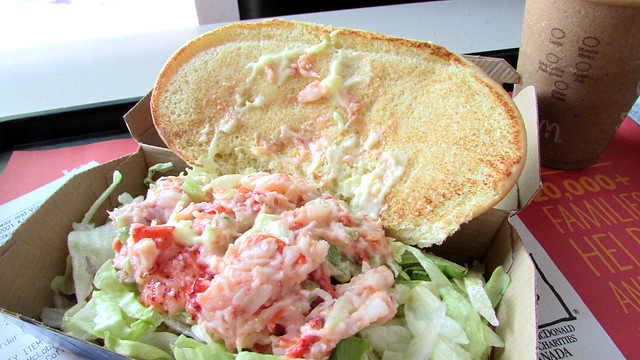 I personally would like more mayo on the bun which ended up being a little dry but I have heard of people getting the McLobster and it being way too overloaded with mayo. Not for me!

It was a pretty good lobster roll. I have had better and I have had much worse when I lived on the East Coast. I believe most of the meat is from the claws and legs so the flavour was more subtle than I was hoping. I love that overwhelming ocean-punch of seafood flavour that can come with lobster. This was way more delicate than other lobster rolls I have had.

Still, what a treat to have lobster in Vancouver! You have no idea how hard it has been for me to go through East Coast seafood withdrawal. This helped a lot and was a totally unexpected treat for me. My cashier told me that a guy came in that day and bought six McLobsters! Considering I got to have a lobster lunch for under $10, I can appreciate his passion for this short-term fast food delicacy.

Is it perfect? No. Could it be better? Probably. Am I still happy I ate it? Damn straight! It is not every day that I can have affordable lobster in Vancouver. I give this product three and a half out of five wooden spoons. Rating got knocked half a spoon because of the scary experience which the staff did nothing about. I am not easily unnerved but it was really tense and awful. Such a bummer!