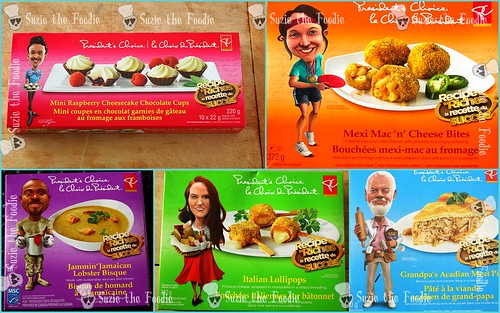 Season 3 of Recipe to Riches has come to an end. I had a lot of fun watching the show and was honoured to be sponsored to write about it.

I was very impressed with the quality of the product ideas Canadians came up with. There was not a bad bite among all of them but some were definitely better than others. 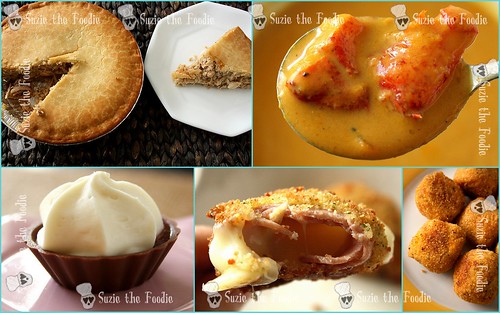 It was wonderful to see so many cultural takes on food, from Italian to Acadian, Jamaican to Mexican. Canadians love a world of flavours in their food.

All the contestants were lovely. Honestly, it made me quite proud as a Canadian that no serious competitive nastiness came out at all amongst each other, at least as portrayed on the show. 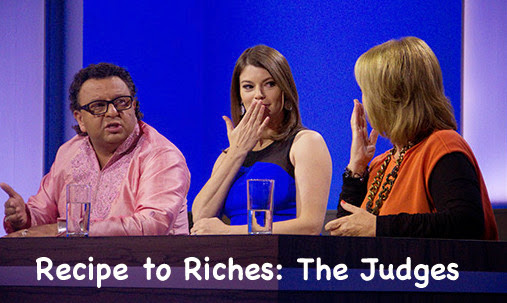 Vikram Vij was a fascinating addition to the panel of judges. He often would bring up questions about food from his own particular perspective that would bring fascinating and sometimes funny discussions to the judges’ table.

Gail Simmons was, as usual, incredibly professional and elevated the contest for me. This was not Top Chef. This is a contest for a grocery store product yet she took it just as seriously as if it had been Top Chef. I adore her.

I am a huge fan of Arlene Dickinson and thought she was the perfect judge for evaluating how sellable the products would be. That said, people on Twitter did get a little tired of chronic use of the term “on trend” but hey, it was relevant and that is why she was on the panel. 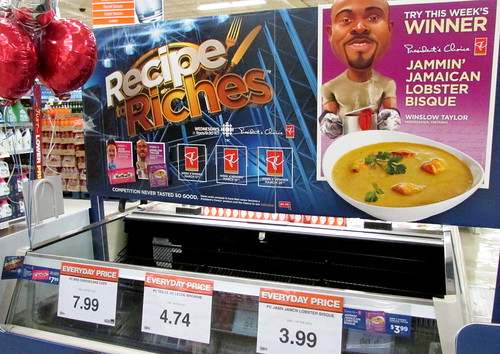 In order for this show to avoid turning into a popularity contest, audience participation is mandatory. Yet people wrote me across Canada via email, Facebook and Twitter that they could not find the products. They made the effort and were willing to pay the money and the products were not there. Not just once or twice. But consistently through the season of the show.

Lucky for me, I was delivered each product each week so I could do my product reviews but I would go to the store to take photographs and only once did I see the latest product available to buy. 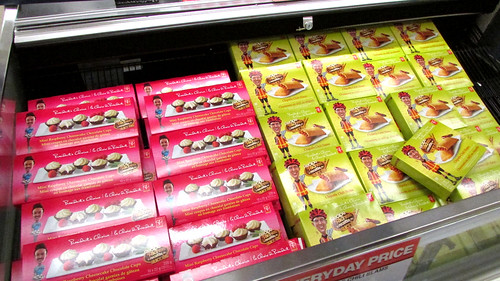 Sometimes Jesse’s Raspberry Cheesecake Chocolate Cups would be there but look at this! They were selling product from LAST season instead of one of the new products! 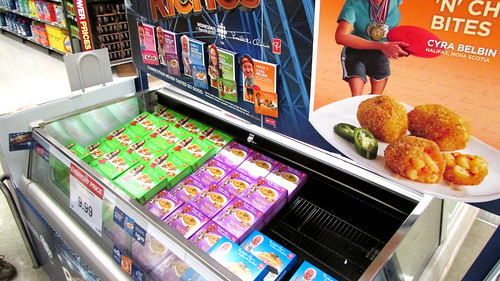 On my most recent visit I finally got to see the Italian Lollipops, Jammin’ Jamaican Lobster Bisque and the Acadian Meat Pie in the store. The winning product? Mexi Mac ‘N’ Cheese Bites were nowhere to be found.

You could say that the show was a victim of its own success but for me, this appears to be a failure to launch. When people go to the effort and want to pay money to participate and you can not keep up the demand within the first day of sales? One time can be forgiven but for an entire season that is based on audience participation? All I can say is if they were a contestant on their own show, they would have lost.

It is such a shame. I love the show, the people and the products but it just breaks my heart that so many people could not be a part of the experience and it was not their fault. It also makes me question the validity of voting. Did people really vote based on their experience of the food or did they vote based on who they liked most?

I love the idea that Canadians can participate but one thing in this world I loathe is a popularity contest. I have my suspicions that is what happened this season of Recipe to Riches which is such a shame because they did a stellar job with everything else.

My advice? If you can not make enough product to sell in the store during the season then let the judges decide who the winner is. It is the only way to be fair.