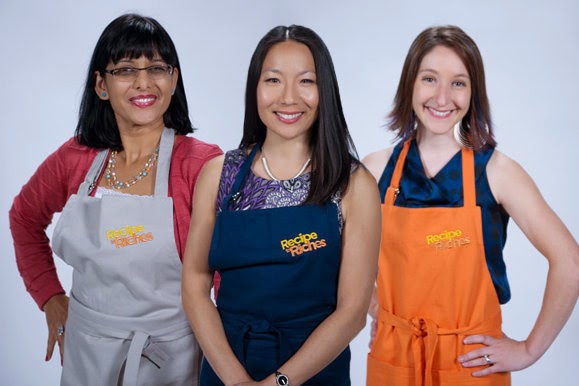 Last night was the last audition episode for Recipe to Riches with savoury snacks. I was sitting at home hoping the lights would stay on as we were hit by a white hurricane but managed to tweet through the show without losing power. Please note: I will be talking about the entire show including the winner so spoilers ahead!

It was another week of lovely contestants and this time, all women! Izumi from Toronto, ON, made Umai Spring Rolls. Roshini from Montreal, QC, brought her Montreal Best Bites and Cyra from Halifax, NS, brought her Mexi Mac and Cheese Bites. All deep fried goodness! Every time the judges did a taste test all you could hear was lots of crunching. It made me very, very hungry. 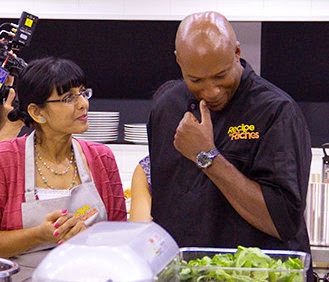 Yes, there was more drama in the industrial kitchen with the Kitchen Commander getting tough with the contestants. Cyra had to figure out a way to avoid hand-shaping all her mac & cheese balls. Roshini was not allowed to do hand layering of her ingredients. Both decisions were due to commercial kitchen limitations.

But! I threw my hands up in the air when Izumi was not allowed to use jerk paste. He said, “Real chefs don’t use pre-made ingredients.” OK, I thought this show was about home cooks making products for Loblaw stores. I think this decision totally sunk her and BTW, I saw Chef Chuck Hughes use jerk paste in his own famous jerk crab dish from his restaurant. I think HE is a CHEF. Grr… 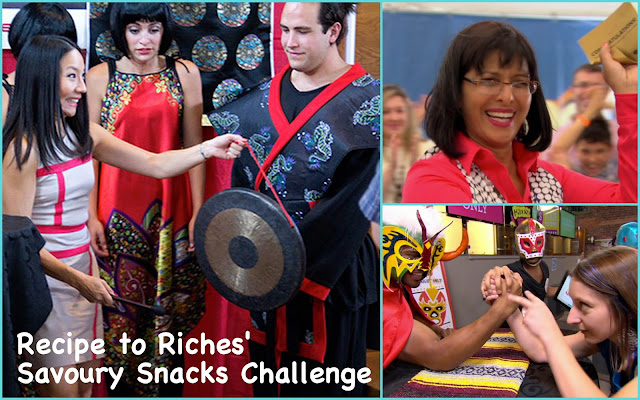 In the end I think it was Roshini’s admission that she does not eat meat that sent her home. She had to get her kitchen helpers to do the tasting (which she normally gets her family to do) and I agree, that is a tad ridiculous. Why she did not just make a vegetarian dish, I will never understand.

The competition came down to Izumi and Cyra. Sadly Izumi blinked when it came to the naming her spring rolls and thanks to her marketing team gave up the term Umai which means delicious in Japanese. Wanting to avoid the term “heavenly” she said yes to Savoury Shrimp Spring Rolls.

Cyra stuck with her name and concept but she seemed to have little say when it came to her event. She was basically told that her theme was going to be Mexican Luchador. Really? Those wrestlers who wear the scary-ass masks? I knew that was a mistake right away but Cyra rolled with it. Her approach was to make it fun without letting it becoming hokey. 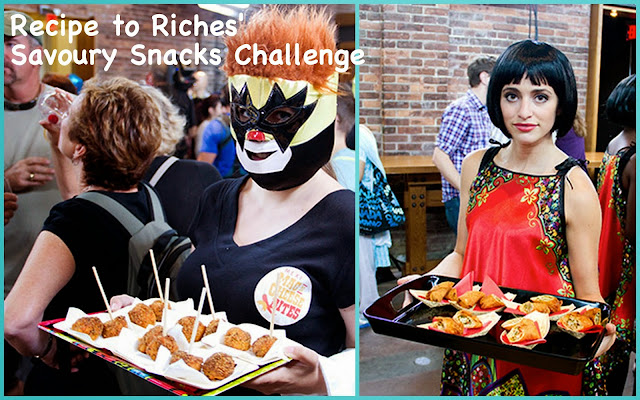 Izumi’s theme was Japanese and she said no to the use of Geishas. Both women were very professional in their approach to setting things up. Izumi wanted the presentation to be perfect and Cyra said no to silly plastic props.

In the end the judges were tough on Izumi for changing the name of her product and losing the story behind the dish. Cyra’s use of Mexican Luchadors puzzled the judges as much as it puzzled me. I think it came down to the quality of the food and marketing so Cyra’s Mexi Mac and Cheese Bites won. My heart went out to Izumi’s. The story of her mother and the car accident her and her daughter lived through won me over but her dish failed to wow the judges.

That said, Cyra’s savoury snack looks fantastic and we had a fun time tweeting to each other last night! She had a lot of local support and it was exciting to see everyone cheer her on. She seems like a total sweetheart and I look forward to trying her product very soon!