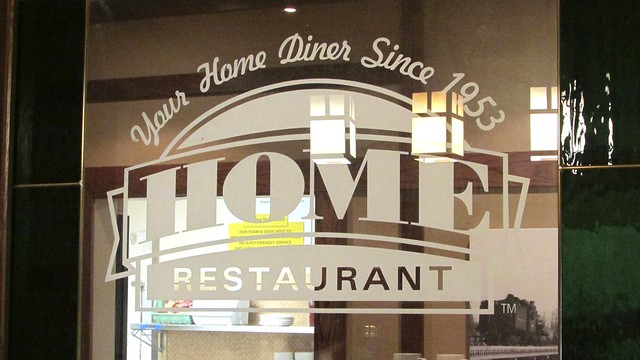 Home Restaurant was our sanctuary during our house hunting trip from hell. Never before has a family restaurant ever impressed me so much with their food and service. It just so happened to come our way during one of the toughest times in our lives. 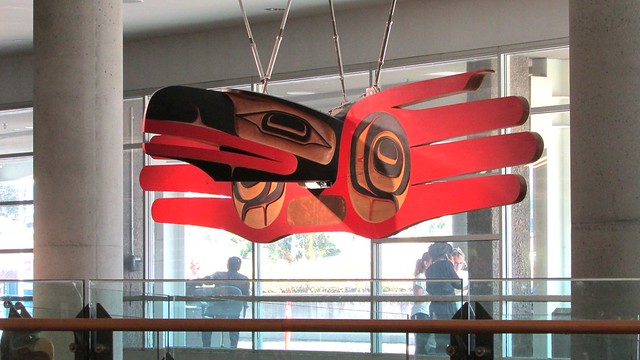 Reg and I arrived at Vancouver Airport after around 14 hours of travel. We thought everything would feel right and fall into place. But it did not. Without going into all the details of an existential nightmare, I think it can all be summed up by a woman who came up to us on our way to our hotel. She basically told us that Nova Scotia is a great place to live and do not move to Vancouver.

Woah. That did not bode well! It felt like she put some kind of inadvertent curse on us that no matter what we did, it would not come off. 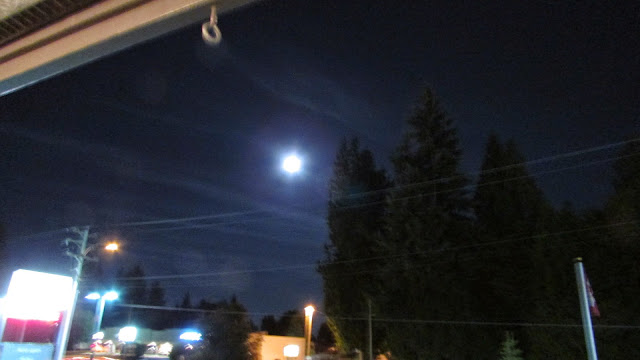 If there was a night I was going to witness Reg turned into a werewolf, this was the night. Nothing would have surprised me during this trip.

We went through many dark nights of the soul out west. There was even a super moon that just seemed to magnify all our fears and worries. Our hotel was on a highway that was so busy we were up all night and got zero rest and reprieve from the pressures of having a place to live in around a week. 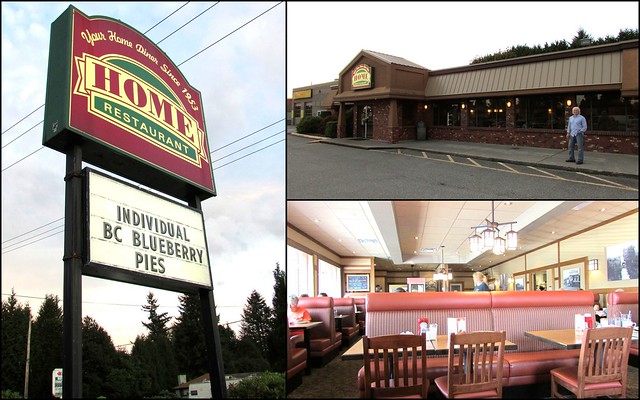 Home Restaurant was less than a block away and I had heard great things about it so we went over to check it out. 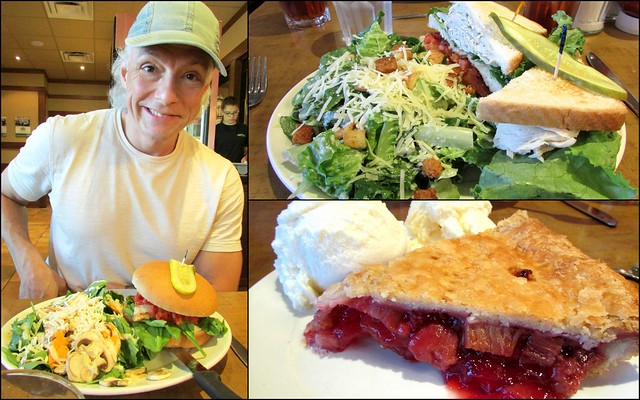 The first night we came to eat (which was a few days into the trip, most of which was spent starving and stressing) I almost burst into tears as we waited for our food. Everything felt wrong. I was terrified that we had made a huge mistake and tried not to panic that we would end up homeless.

Then the food came. I dared to order a Caesar salad, all prepared for traditional disappointment. Few restaurants make good Caesars these days and theirs? Fabulous. Crisp salad, lots of flavour, heavy on the Parm. I couldn’t believe it.

Normally I would not order something so “boring” as a club sandwich but my stomach was in so many knots I went with a safe choice. I have never had such a tasty and delicious club! In fact, I had no idea that an impressive club existed but mine? Was fantastic.

Reg got a chicken burger and loved every bite. We finally had real food so we went a little crazy on our super-tight-budget and got a piece of pie. Home Restaurant is known for their homemade pies and this strawberry rhubarb slice was perfection. It tasted like hope. 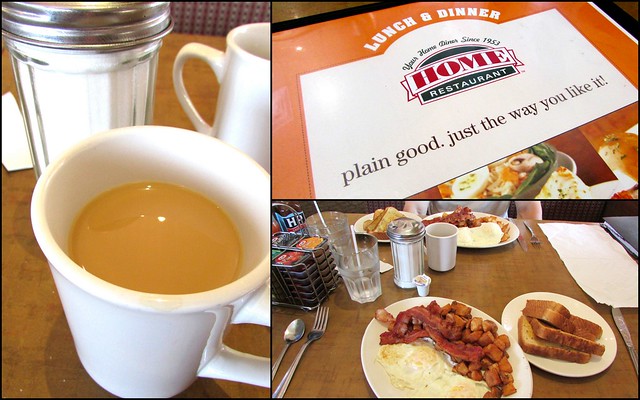 The morning that we went to see our apartment, I insisted we have a big breakfast at Home Restaurant before we went. I had found the ad online and as soon as I saw the kitchen, I just had a pretty good feeling. When I spoke with the landlord, I started to think there was hope we could find something that was right for us. The breakfast was your pretty standard breakfast which is exactly what I wanted. 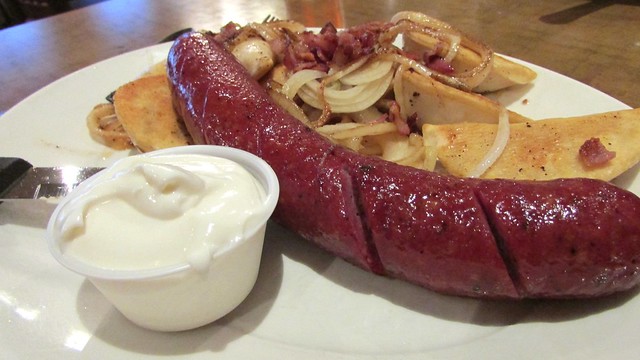 I was right! Not only did we like the apartment, we LOVED it! Once we said yes and the paperwork was signed, I got to work changing flights and cancelling reservations and getting the heck back to the east coast to save money and get ready for the big move.

There was so much more that happened but let me just say, I know my Mom had a hand in us finding our new home. There were so many serendipitous moments that happened, it is as if there would be no other option than this apartment for us to rent. I am just glad I did not give up and found our new home.

What does this has to do with our celebratory dinner? In honour of my Mom, I ordered the perogies and sausages. A carb and cholesterol bomb that was delicious and tasted like home. I know she was with me in spirit. Thanks Mom! 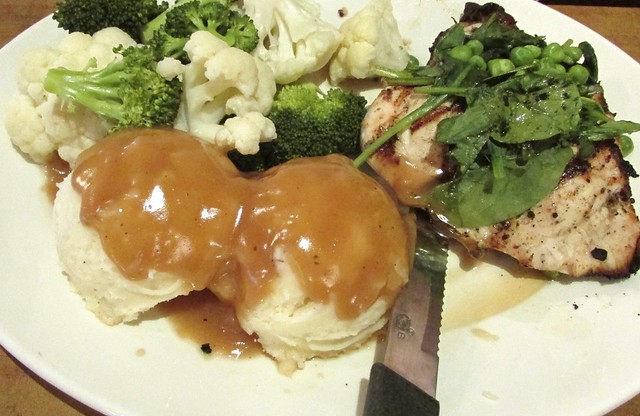 Reg got the grilled chicken and veggie dinner and was in heaven. Seriously, he loves meat and potatoes! 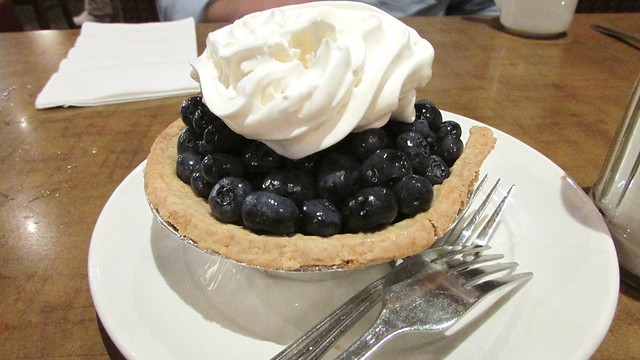 We had to try the individual blueberry pie that was advertised on their outdoor sign. It was actually more of a tart than a pie but it was delicious nonetheless. Beautiful flaky crust, yummy custard on the bottom topped with beautiful fresh blueberries. 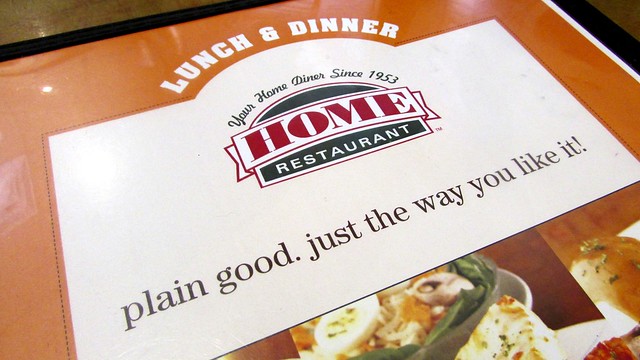 I don’t know what we would have done without the comforts of Home Restaurant in Maple Ridge. It helped keep us sane through a personal crisis like none that we had ever dealt with before. It helped us stay sane and grounded (not to mention well-fed) when we felt completely homeless and on the brink of disaster. Everything we ate was fantastic and the people who work there friendly and supportive.

What else could you ask for from a diner who gives you a home away from home?

I give this restaurant five out of five wooden spoons.