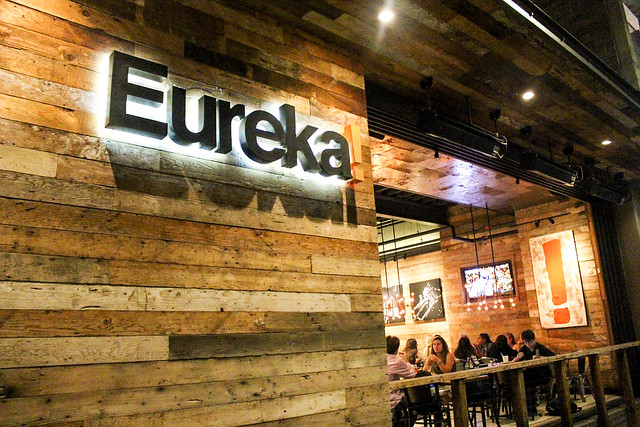 I am in the midst of travelling back from a family wedding, sitting at the San Fransisco Airport with three hours to kill before my flight (long story) so I thought I would get right to updating you on the food from our trip. Starting with Eureka located at 2068 Centre Street in Berkeley. One of the reason why we chose it is it seemed to be a good place in the Berkeley area to get a REAL American hamburger so I was in. 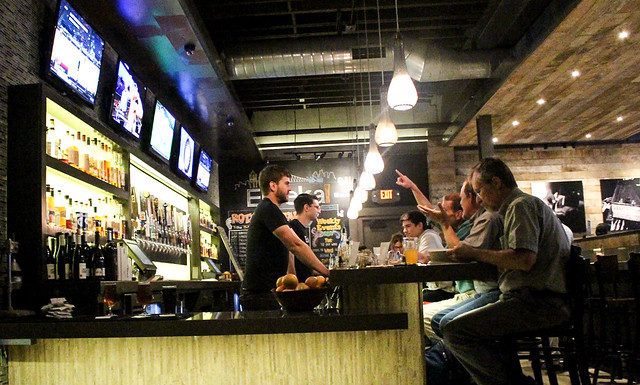 The place was quite busy, hip and modern. They gave us a booth at the back by the bar which was awesome. One thing that was weird was the power kept going out, briefly, off and on. 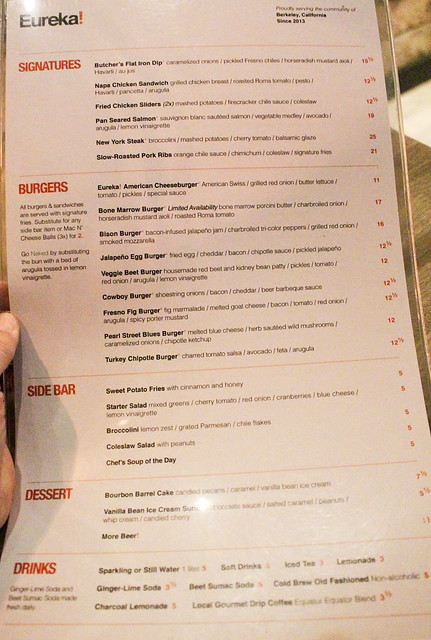 There were lots of burgers to choose from but the one that called me was the Cowboy Burger. When I discovered you could substitute fries for deep fried mac and cheese balls, I knew I had to do it. Cowboy Burger with Mac and Cheese Balls?! So silly, fun and slightly obnoxious. Perfect! 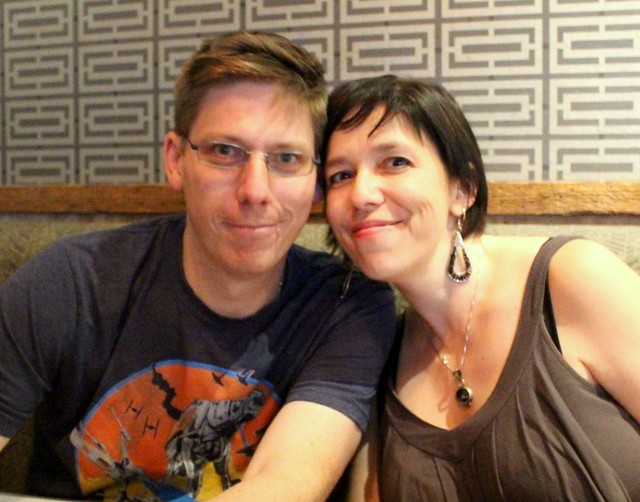 I was accompanied by my brother-in-law Justin, my sister Jamie and my other sister Shannon (pictured below). We had flown in for a family wedding and were staying in the Berkley area. We wanted to go some place nice but also casual that was not too expensive. 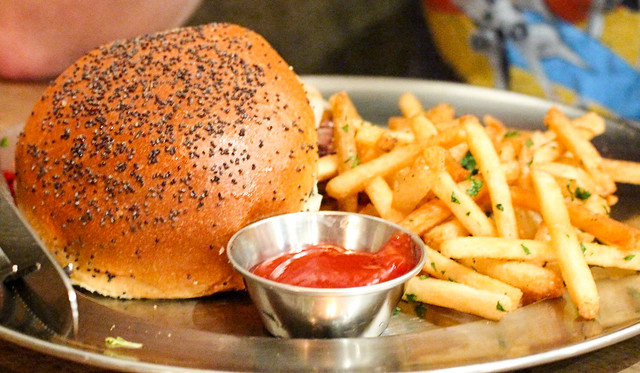 Justin ordered the Bison Burger and got the side of fries. When ordering we both ordered our burgers well done because slightly raw burgers can be kosher in the U.S. Sadly, his was a tad over done. 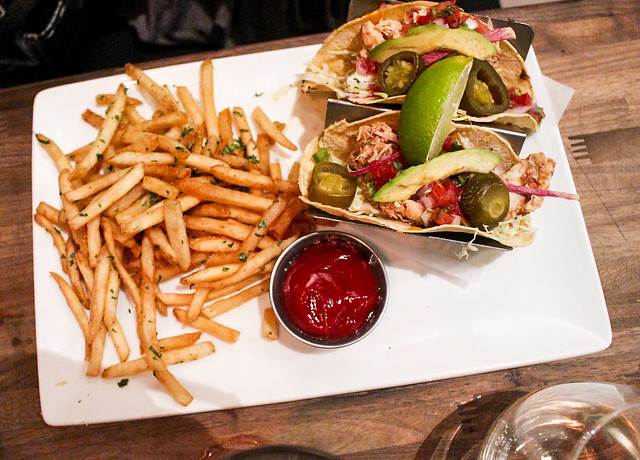 Jamie ordered tacos and she liked them but woah, spicy! And for Jamie to say something is spicy… It would have killed me. She LOVES heat in her food. It was at this point I decided to try and stay away from anything potential hot. 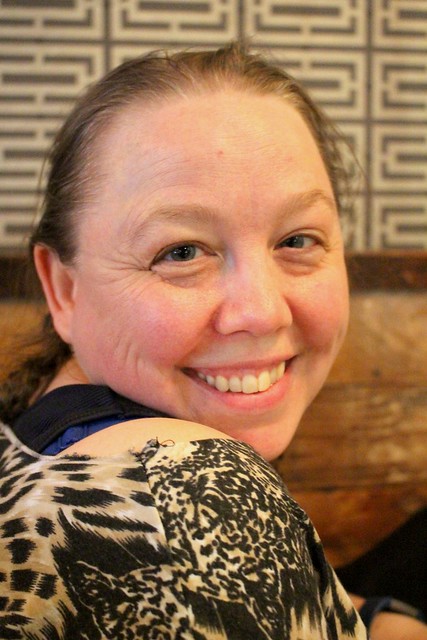 There is Shannon! She ordered the Fried Chicken Sliders but got fries instead of mashed potatoes. Our server seemed to psychically know Shannon was struggling with choosing between fries or mashed potatoes, helping her decide on fries. Our server was an absolute doll BTW. 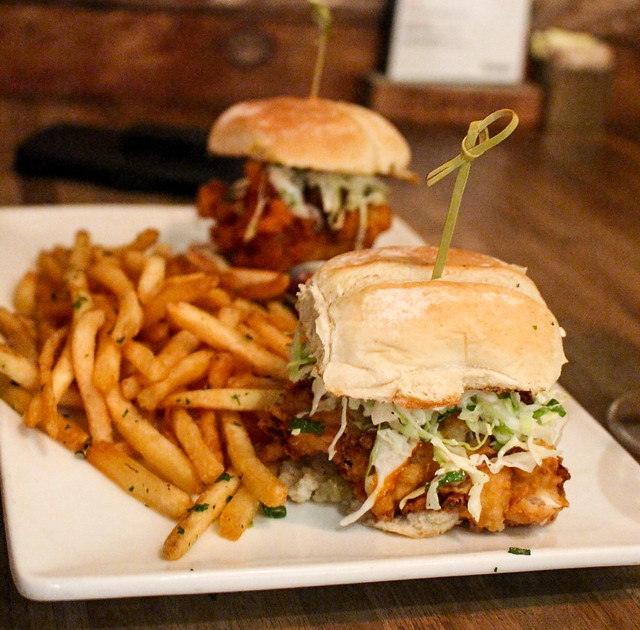 She enjoyed the sliders but found they were a little dry and needed more sauce. 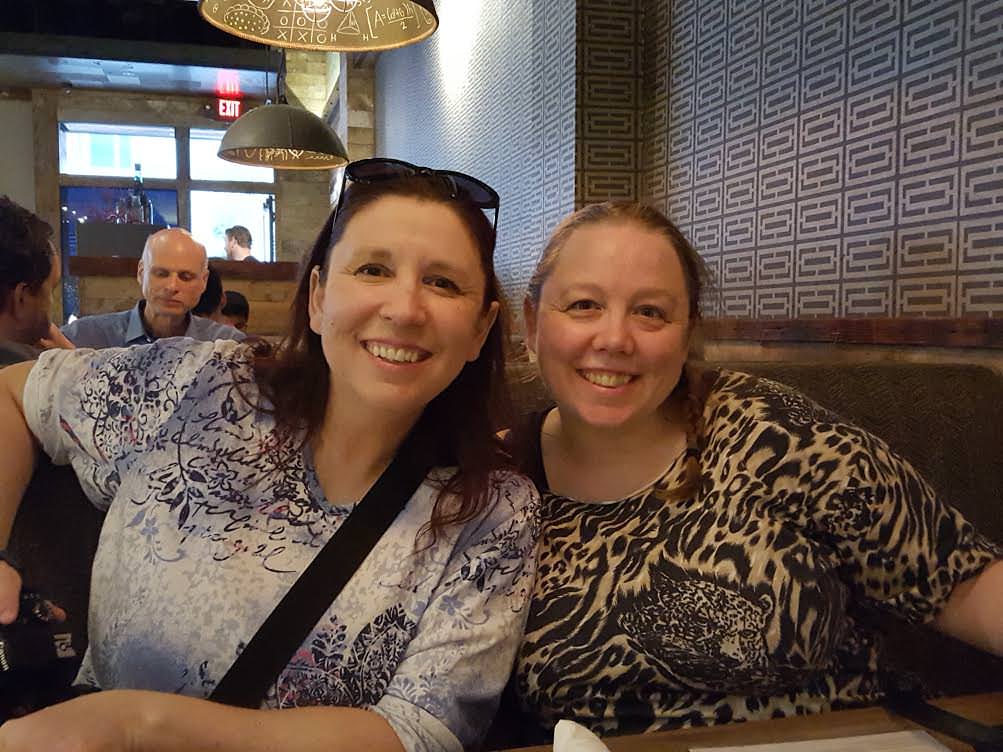 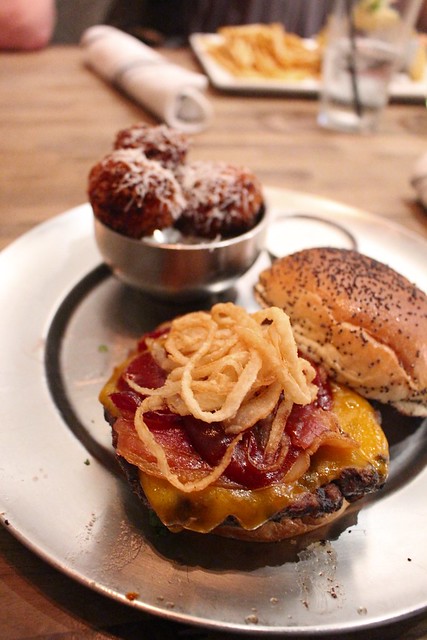 But our server got me more sauce and the cheese, shoe string onions and bacon did help with the flavour. The burgers did have awesome charcoal grill flavour, just too much of it being so over cooked.

Those mac and cheese balls? There were quite fantastic! I shared them with everyone and we all liked them. 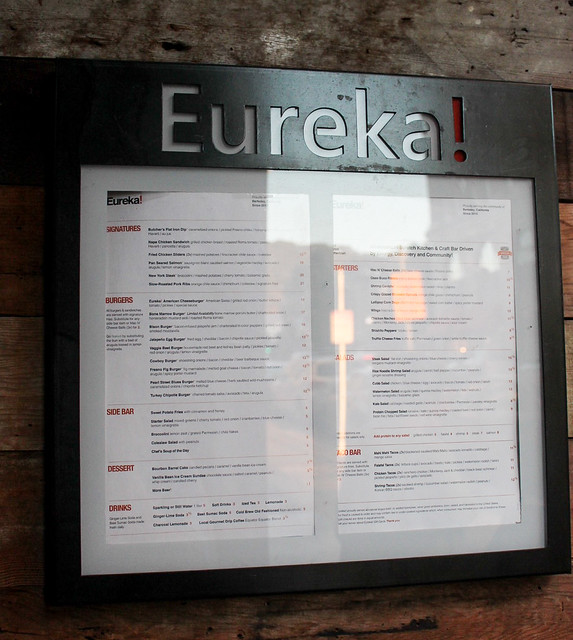 Eureka in Berkeley has pretty good food for slightly higher prices than I was expecting. For example my burger was $12.50 and that is in U.S. dollars. The Bison Burger was $16, the Fried Chicken Sliders were $12.50… I would pay those prices in Canada but considering this was in the U.S? I think it is a little high for the quality.

I give this foodie experience three and a half out of five wooden spoons. The company on the other hand was perfection!