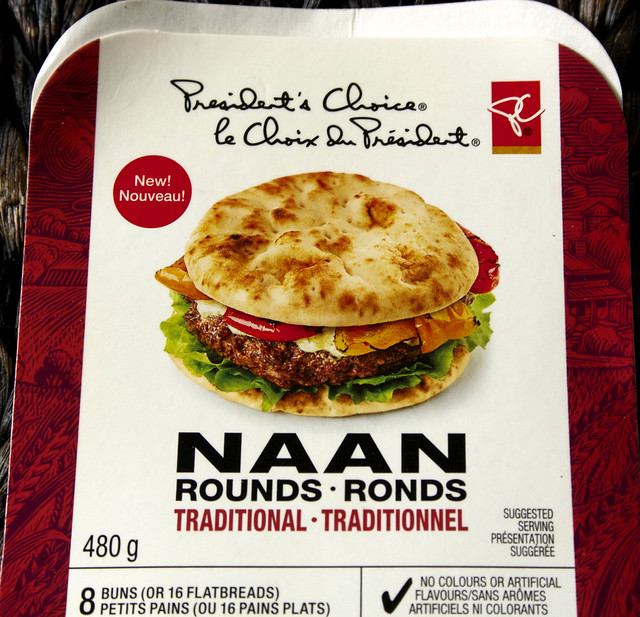 I was excited to pick up PC Traditional Naan Rounds because Reg and I loved their Blue Menu Naan Bread and thought they would make a good size for sliders. 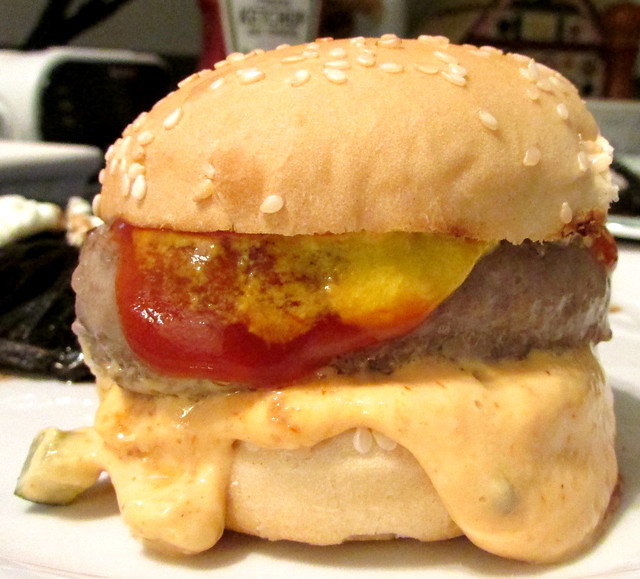 I always find the slider buns to be too small which creates a very messy (but delicious) burger. I am a saucy woman and need a bun that can handle it! 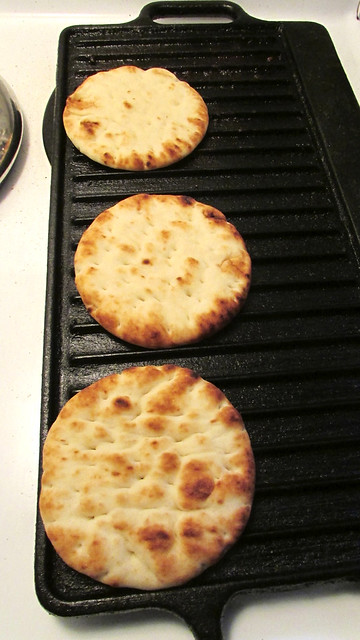 After grilling the burgers, I lightly toasted the rounds. 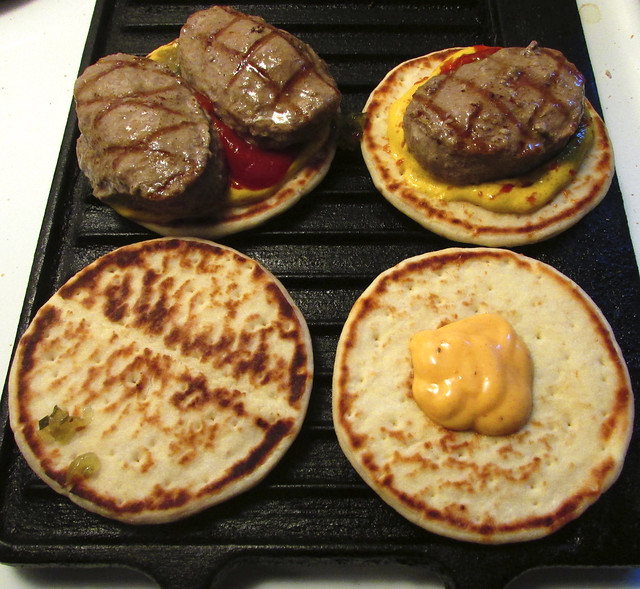 I only wanted one slider and put two on Reg’s Naan Round. BTW, do not add condiments while on a hot grill. Gets very gooey.

Yup, one slider worked great and pocketed the condiments well. Sadly for Reg, two sliders on one round did not work out so hot. 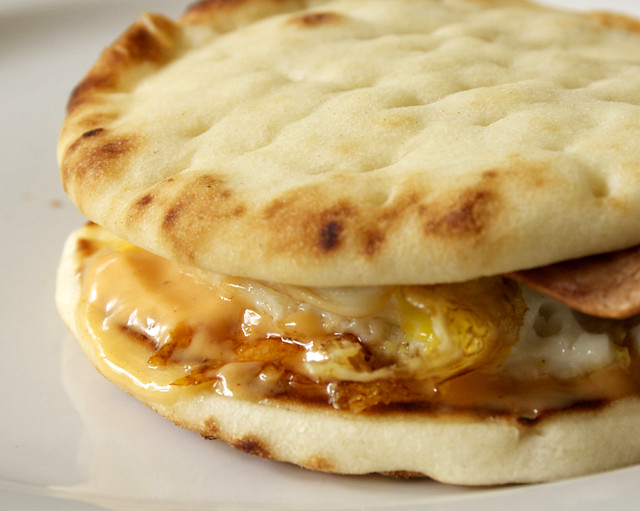 I also used them to make breakfast sandwiches. The bread is so soft and lovely. I toasted them on the inside (bagel setting of my toaster) and then added the egg, turkey bacon and PC Smoky Bacon Mayo Sandwich Spread. Oh-my-god!!! Amazing! And again, worked like the perfect little pocket and was so much less messy than usual. 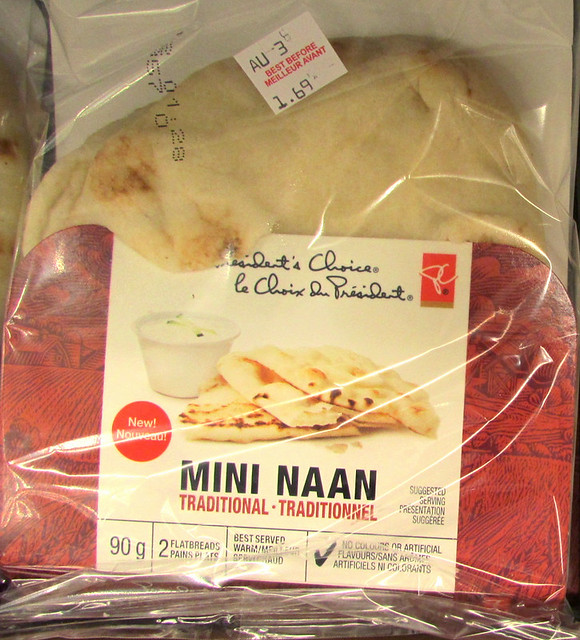 I can’t find it anywhere!!! When I first purchased it, it was just hanging out by the burgers on its own. Since then I found all sorts of PC Naan products but not the founds damn it. Totally bites. I also have not seen the Blue Menu version of the Naan bread again and we loved it.

As a result, I give this product four and a half out of five wooden spoons. I would have given it a five out of five but lack of availability is a serious issue. So if you see them, buy them and enjoy them while you can!