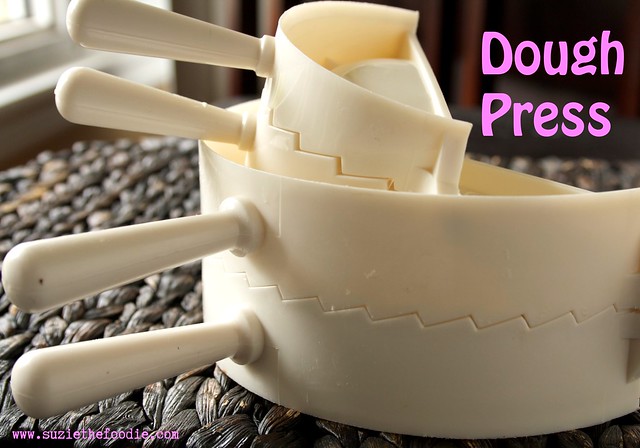 A while ago I bought these dough presses (similar to this $8 3 piece set) from my thrift store. I bought the small one for $1 and the bigger one for $2. A $3 investment to see is these presses really make a difference when creating turnovers, dumplings, calzones… 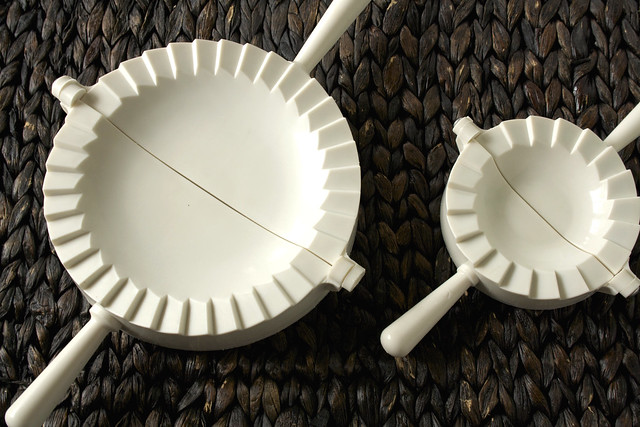 I did not realize it at the time but the large dough press was missing a bolt but other than that, they were in great condition. 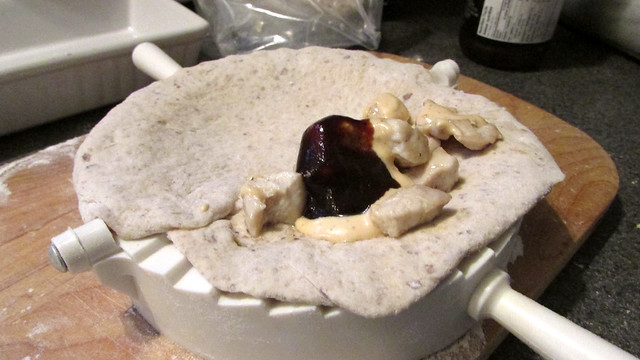 I started with the large press and used ingredients from our favourite pizza to make a calzone. I used the recipe for Janet and Greta Podleski’s Healthy Pizza Dough recipe and then added spicy ranch dressing, Mesquite BBQ sauce and chicken. After I took this photo I also added old cheddar cheese. 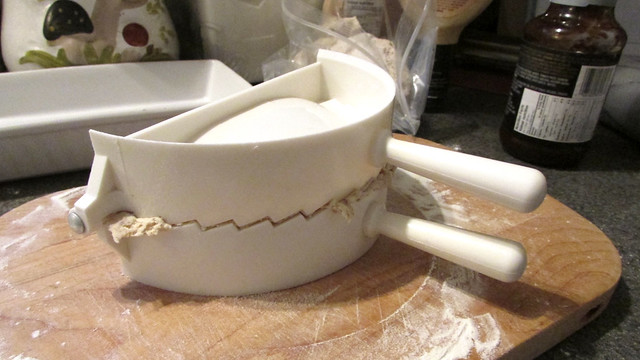 Pressing together with the missing bolt wasn’t super easy but was doable. 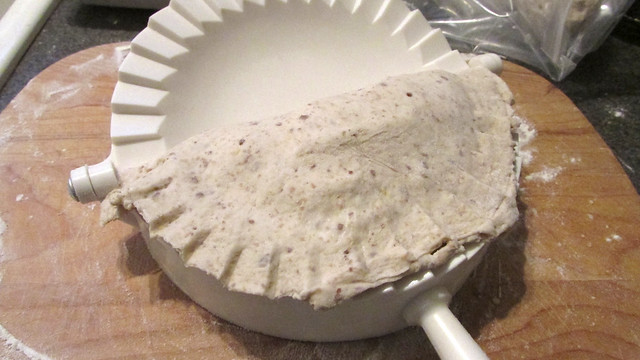 I did not use water or an egg wash to seal the calzone together. I wanted to see how it would fair without any sort of sealant. 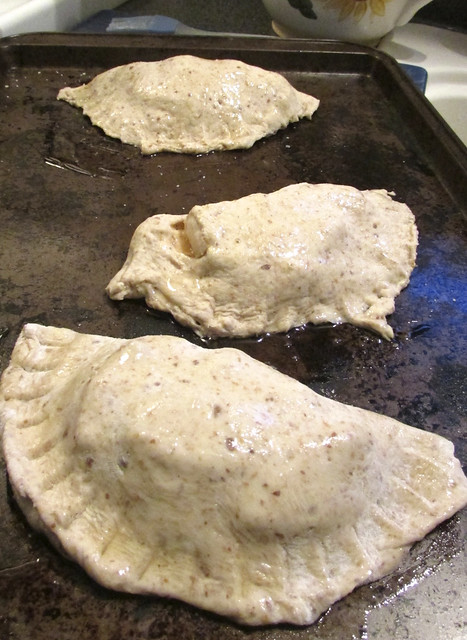 I brushed them with olive oil and put them in the oven until the dough was baked through. 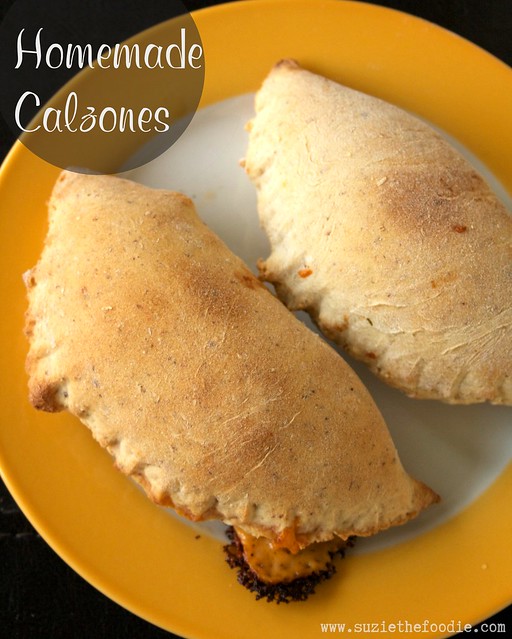 There was a little seepage but nothing major and they were the best calzones I have ever made. Seriously surprising! 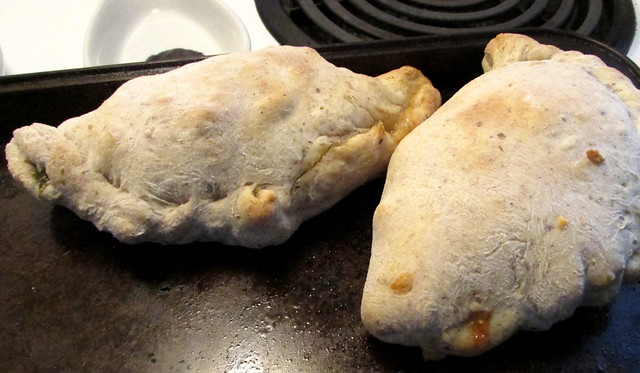 So I had to try making them without the dough press and compare. Shockingly, these were not as good! Weird. The ones with the press definitely had more flavour. Huh… 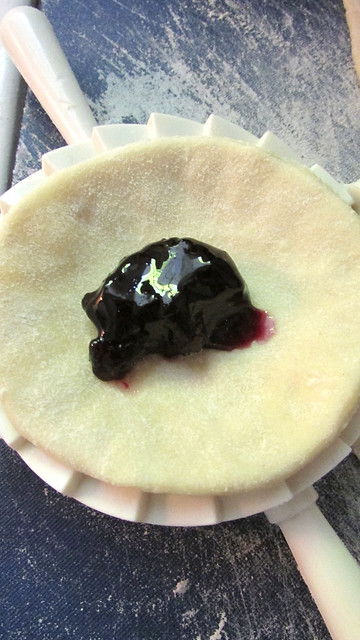 I wanted to try using the smaller press for a sweet application so I made super-simple blueberry turnovers with my homemade puff pastry. Instead of making a complicated filling, I just used a dollop of President’s Choice Black Label Quebec Wild Blueberry Fruit Spread which tastes like homemade jam. So good! 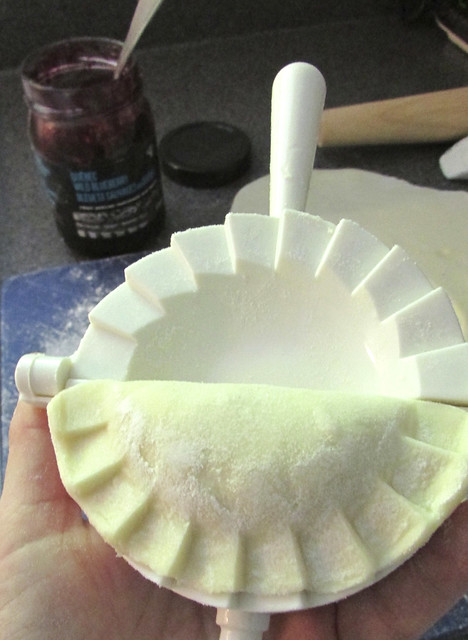 Working with the smaller press that had both bolts was much easier to deal with. Duh! 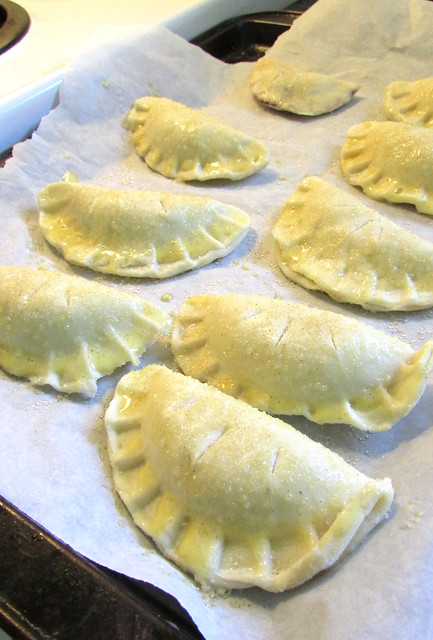 I brushed the tops with an egg wash and sprinkled with coarse sugar. I baked them in a 425F oven until golden brown, around 10 minutes. 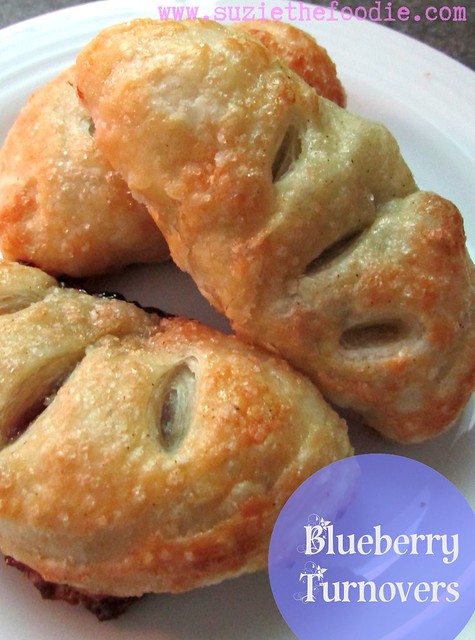 I have come to the conclusion that not only do dough presses make a lovely looking baked treat a little bit easier and faster, they also improve the flavour. I think what happens is that you end up using less dough. The press pulls less dough over the filling. As a result, the flavour of the filling shines.

I give these inexpensive tools a four and a half out of five wooden spoon review. Yes, stainless steel would probably be even better and more perfect but for only a few dollars at the store, these plastic tools do a great job.

I can to wait to make perogies with them next!