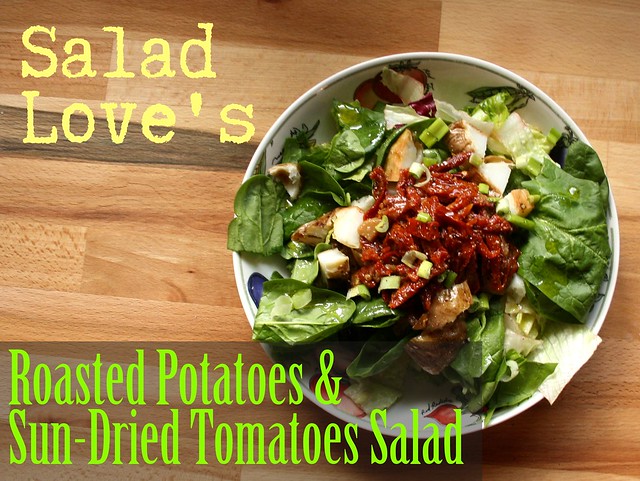 My first test was one that had ingredients I loved. My second choice was a little riskier.

Above you will get to see me going through the cookbook worrying about the recipes.

I adore sun-dried tomatoes and potatoes but the salad dressing looked very basic to me. Also, I had not used cider vinegar in a dressing before. Again the recipe called for dried red pepper flakes which I do not like so I had to omit them. I really am trying to follow the recipes but it has not been easy. 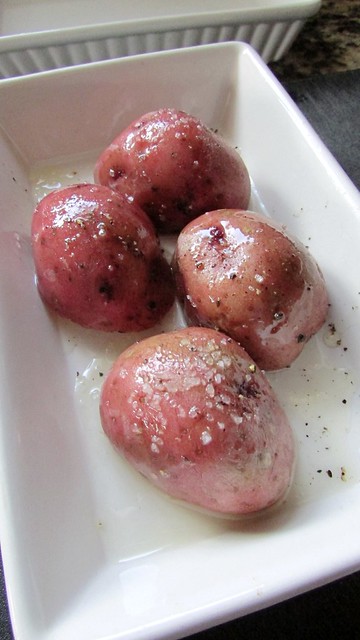 You need to have 2 roasted potatoes. The recipe does not say how to roast them, just that you need them. 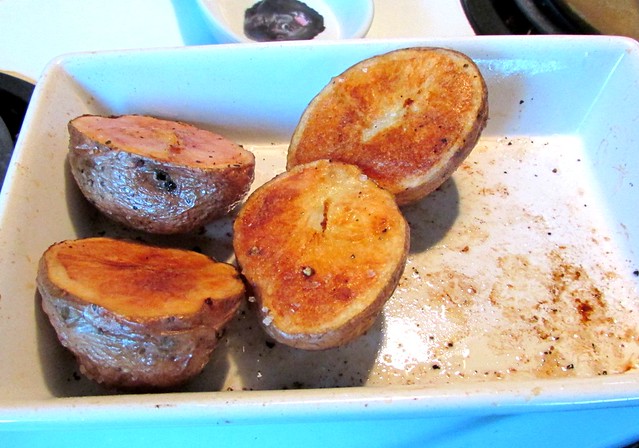 I mean who would have leftovers of these beauties?

I sliced two small red potatoes in half, added some oil, salt and pepper and put in a 425F oven for half an hour. Then I turned them over for another half hour until they were nice and golden and baked-through.

You will also need: 2 1/2 ounces mixed baby salad greens (I used my own green mix), handful of chopped sun-dried tomatoes and 2 sliced scallions. 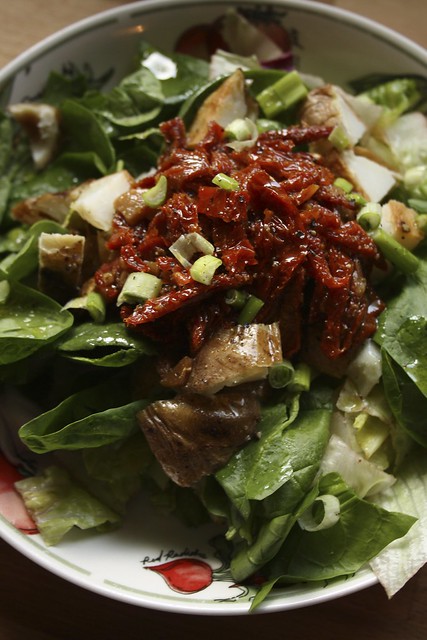 This was BORING! Not just boring, it was harsh thanks to the cider vinegar which I did not enjoy. Perhaps if there was some raw garlic in there or shallots… FLAVOUR!!! But no, boring and brutal.

This did not come together as a cohesive recipe at all and no, I do not think it is because I did not add dried red pepper flakes. Everything remained separate and basic and I really hated forcing myself to eat this salad after wasting all the time and energy making it. I got my bottle of balsamic and gave it a good sprinkle and it still bored the hell out of me.

I would rather crazy-obscene flavours that have no right being together than being bored. Being boring is the one foodie faux pas and offence I can not forgive.

This recipe gets one out of four wooden spoons. The reason why it gets a token spoon is because it is vegan and there are some people out there who might appreciate it. I am not one of them. What a total bummer. I hated not loving this salad.