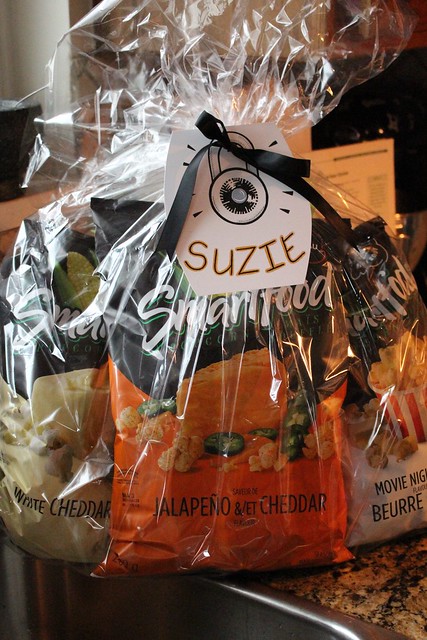 SmartFood has a new flavour out! It is Jalapeño & Cheddar Popcorn. They totally spoiled me by sending me not only their new flavour but just about every other flavour they make too and it is all so delicious… 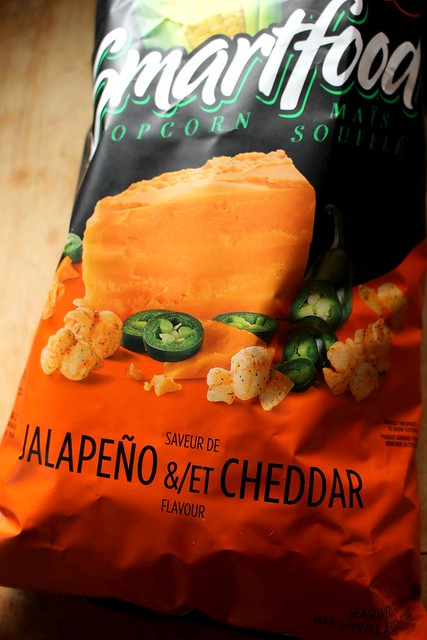 The handwritten note included said that it is for my “me time” #SmartStash.

Yesterday I did a live taste test of this popcorn! And yes, I made that T-shirt myself. I was mostly curious to see how I handled the heat since I am a self-confessed “spice wimp”. 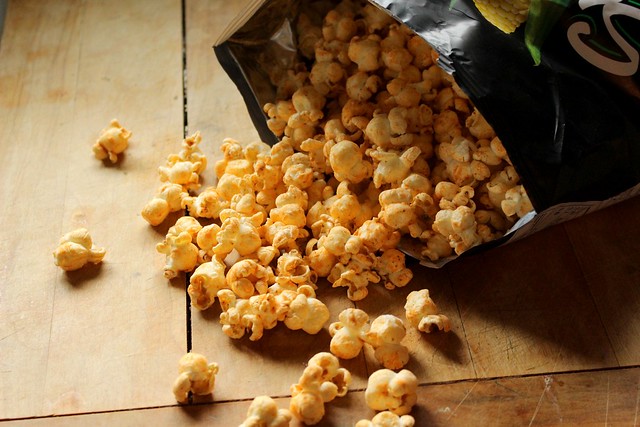 There was great colour to the popcorn and wow, could you ever taste the jalapeño flavour. It hit immediately. 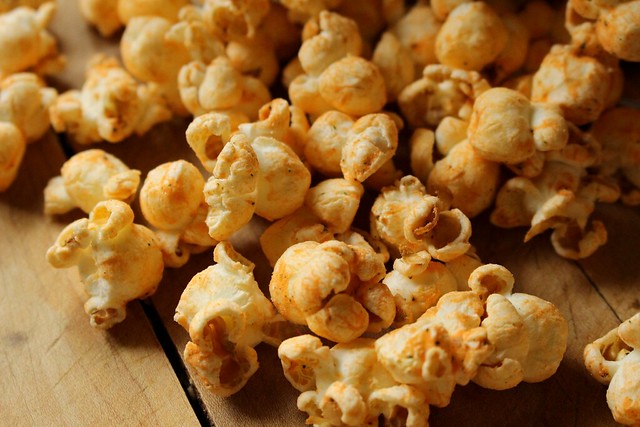 The cheddar? Not so much. I think it is the first time I had anything with cheddar flavour that was too subtle for me. 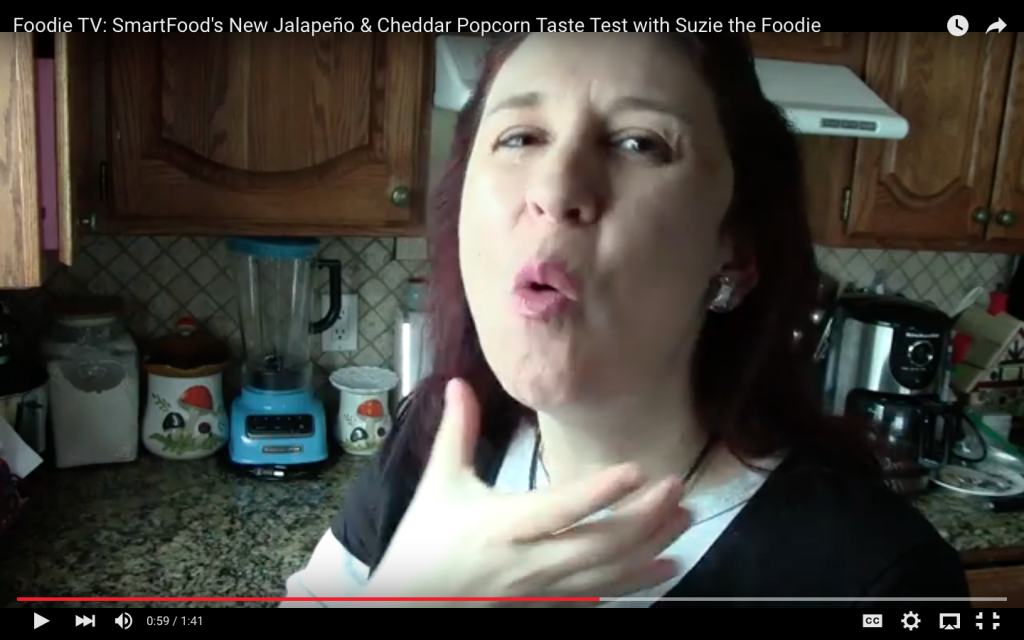 Tasty, jalapeño-y but a little lacking in the cheese department… I give this product four out of five wooden spoons.