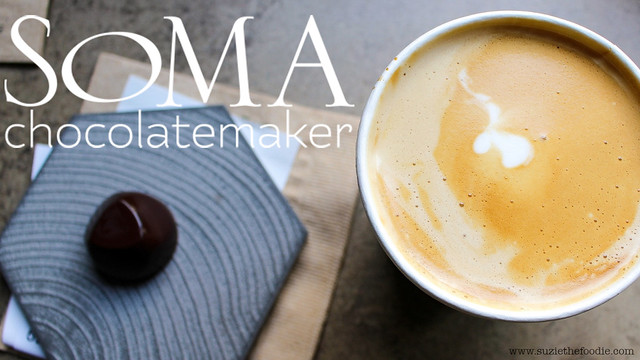 I have been wanting to learn about chocolate. I tried taking a chocolate making class at George Brown but they had a prerequisite class and I could not afford both. So, I am going to teach myself, as I have been doing with food for almost 10 years now.

I decided that if you want to learn everything about chocolate, you study from the best. In Toronto, that means Soma. 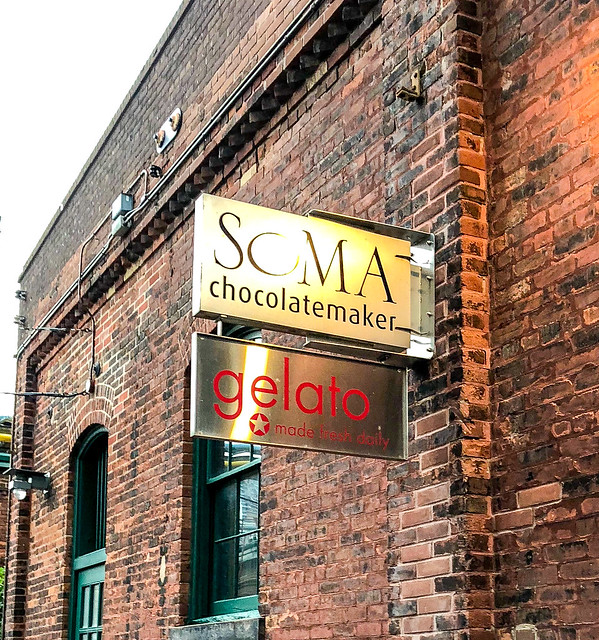 I had been to their Distillery District location in the past and knew they were masters at chocolate making. The next time I was in the area I made a special visit. 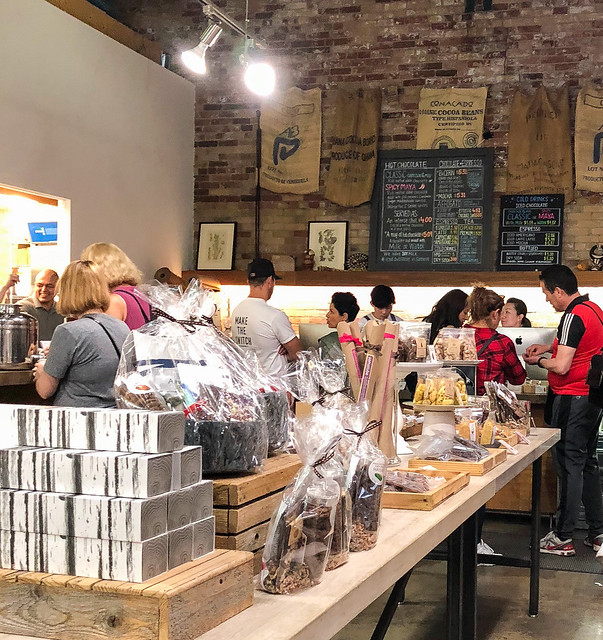 This time it was true reconnaissance and research, not just foodie fun. 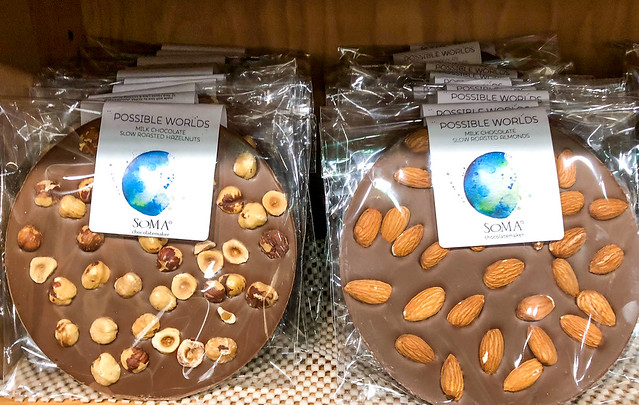 Look at these mega chocolate and nut discs! Almost $17 each! 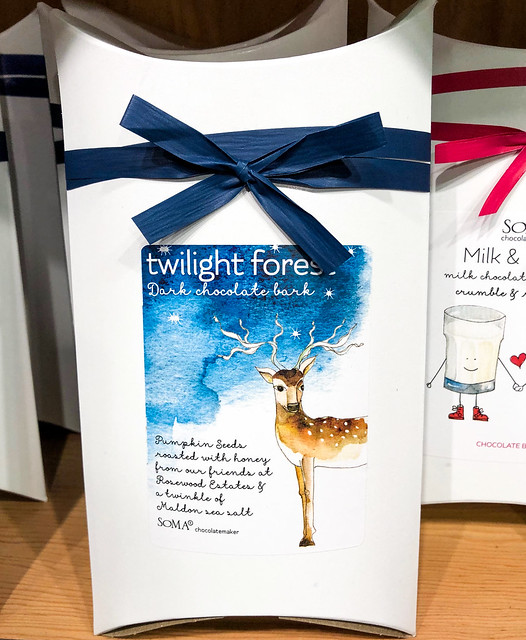 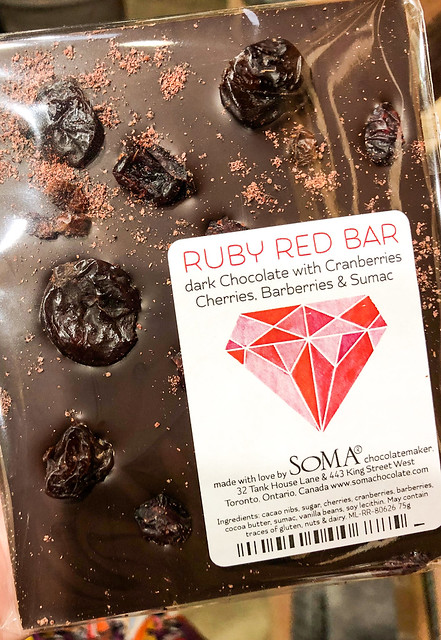 I am usually a traditionalist when it comes to chocolate but I was there to learn. Yes, I could get just nuts on their chocolate but I was looking for something unique and special which is why I chose their Ruby Red Bar: Dark Chocolate with Cranberries, Cherries, Barberries and Sumac. Sumac has become quite a food trend and I have never had it before, let alone with chocolate and dried berries. 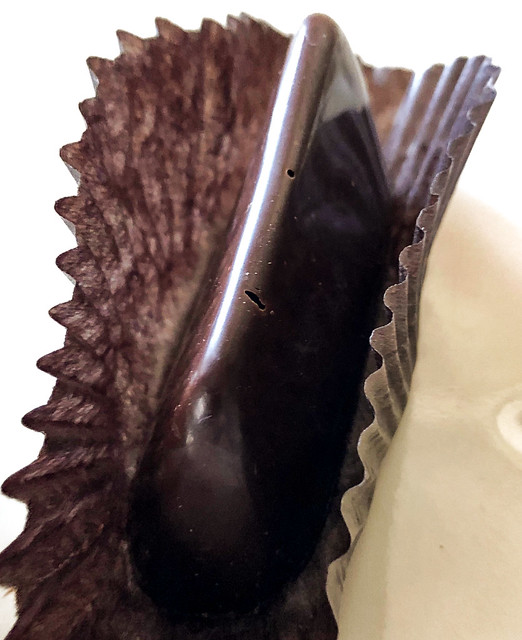 I also came home with two smaller chocolates. I tried the truffle that contained Poprocks in it first because I thought it was a completely genius idea. I could not wait. It is actually named Sparky and is made with hazelnut milk chocolate. It is supposed to explode in your mouth but it was only kind of crunchy, unfortunately. Full of flavour mind you from that hazelnut milk chocolate but the Poprocks did not pop for me. 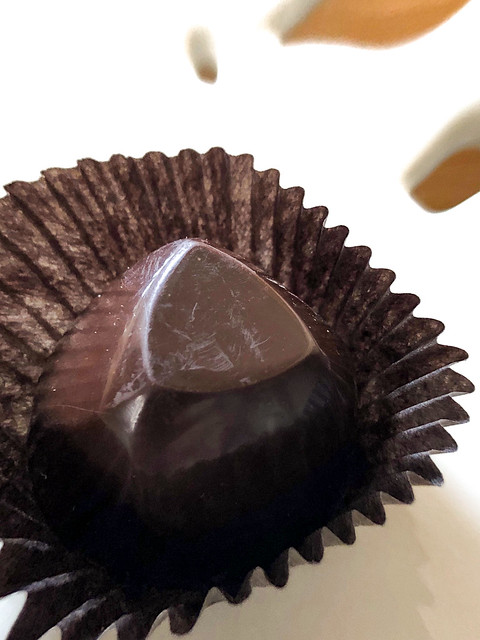 Then I tried the Bergamot which is what flavours Earl Grey tea but sadly, it was so subtle I could not taste it after Sparky. That said, the chocolate was beautiful. Stunning. For both truffles. 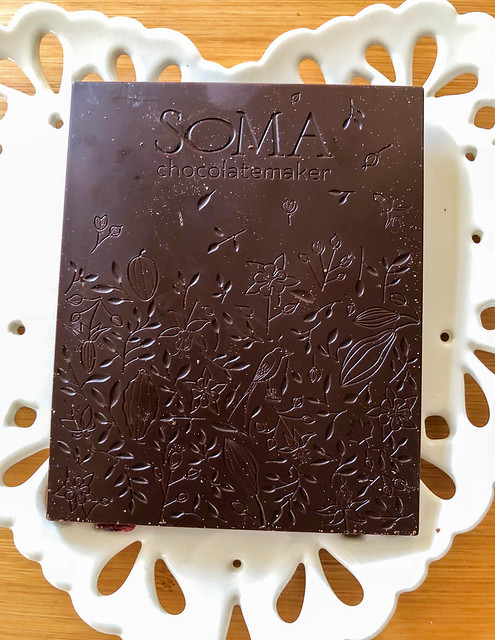 Isn’t that bark a work of art? You almost do not want to eat it. Almost! 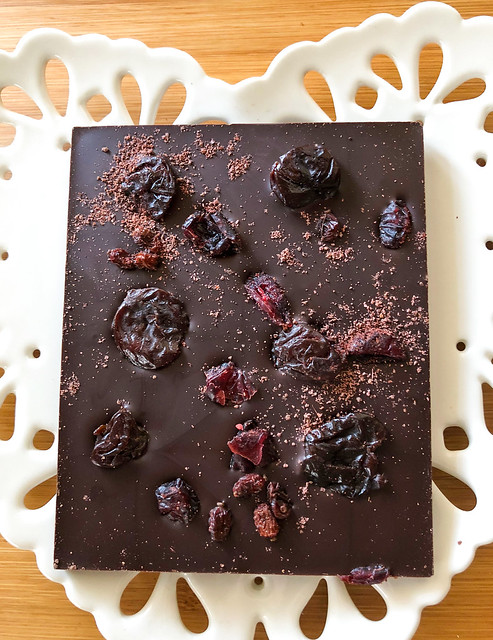 I shared the bark with my sister and brother-in-law and we all found the Ruby Red Bar delicious and the sumac, confusing. We all agreed that it did not have a strong flavour but actually created more of a chemical reaction on the tongue and in the mouth. It was more experiential than flavourful. It was not unpleasant but it was surprising. Fascinating! 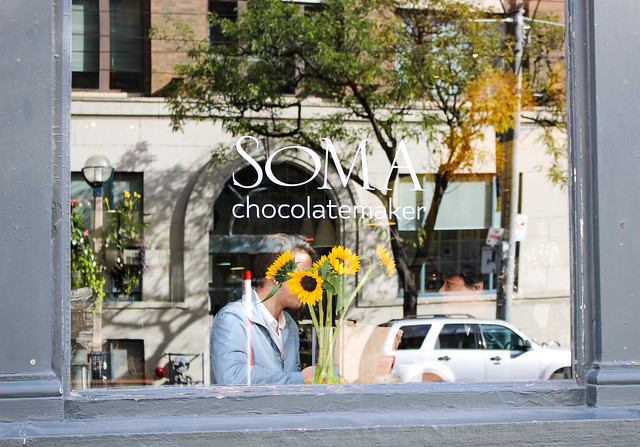 I was walking along King Street East and discovered Soma had another location and this one was more like a cafe. Sweet! 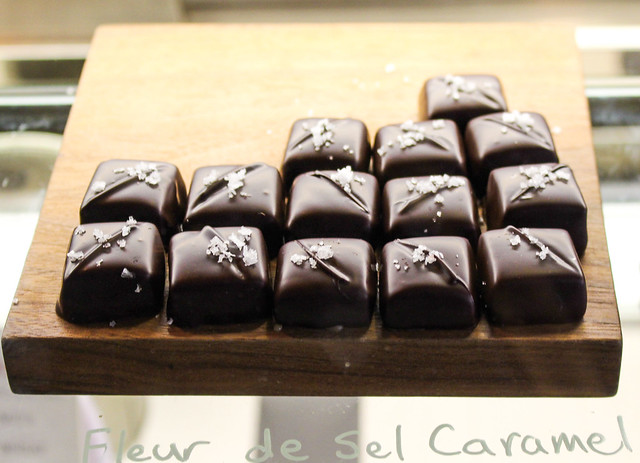 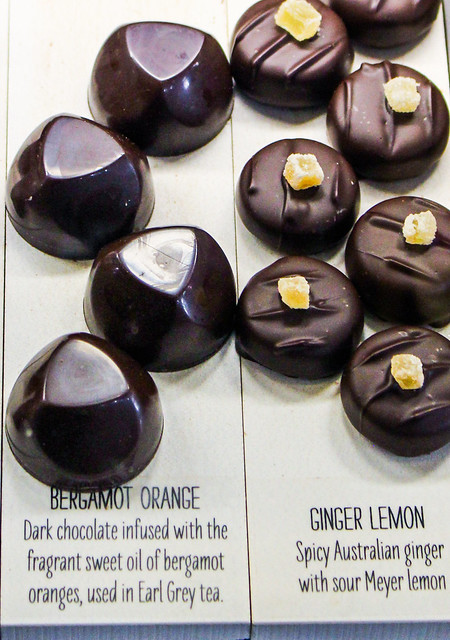 The bergamot orange truffle!!! I got a second chance to try it and this time with a clean palette. 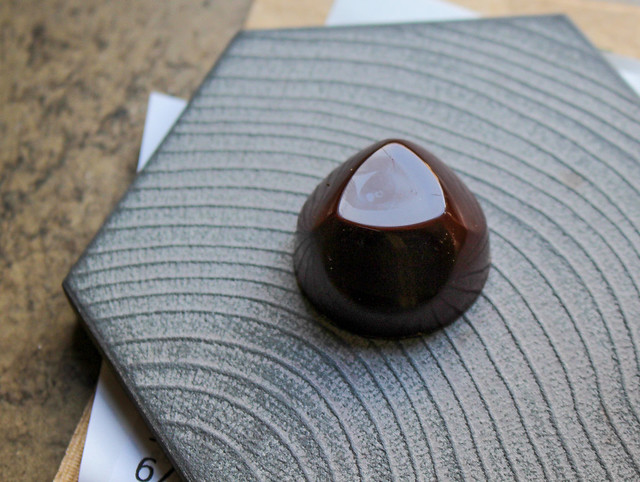 It was very exciting! Just look at that sheen and talk about stunning presentation. 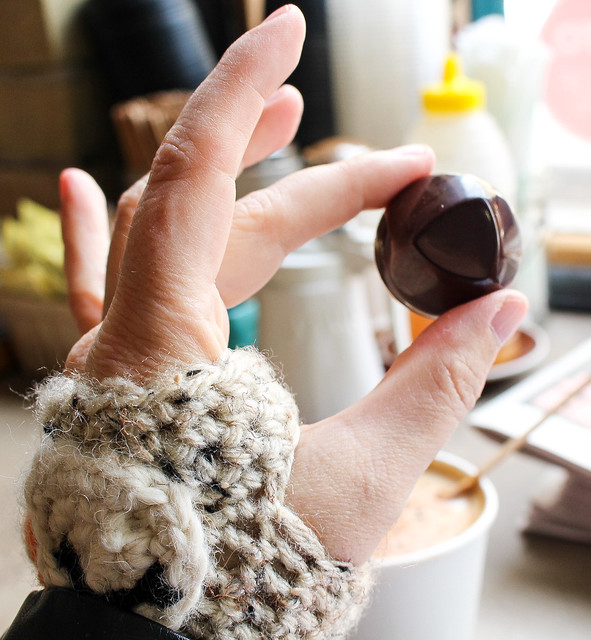 I was so excited. I took a bite. 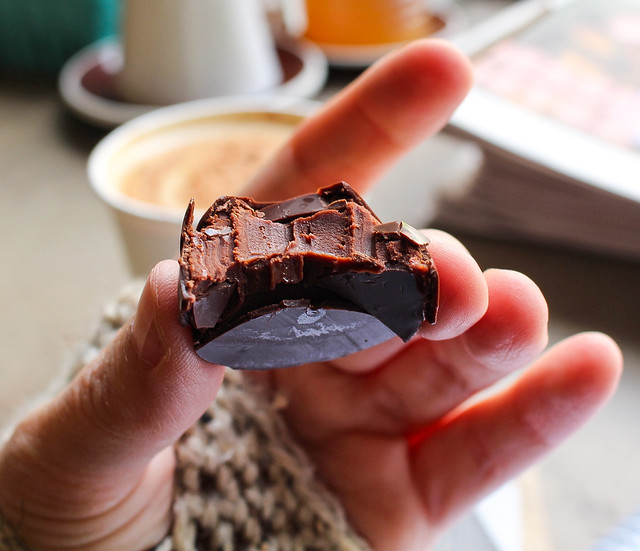 Far from being just a chocolate, look at that bergamot oil-infused ganache inside! And this time? I could taste it. It was a dream. 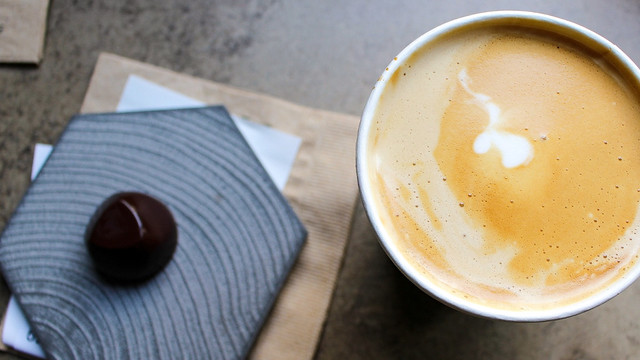 I am so glad I had a chance to re-explore that chocolate experience at Soma. It taught me so much. Start with the more fragile and delicate flavours first. A good chocolate base will mean that even if the filling lets you down like good old Sparky it will still be delicious. And? Never say no to an opportunity to go to Soma.