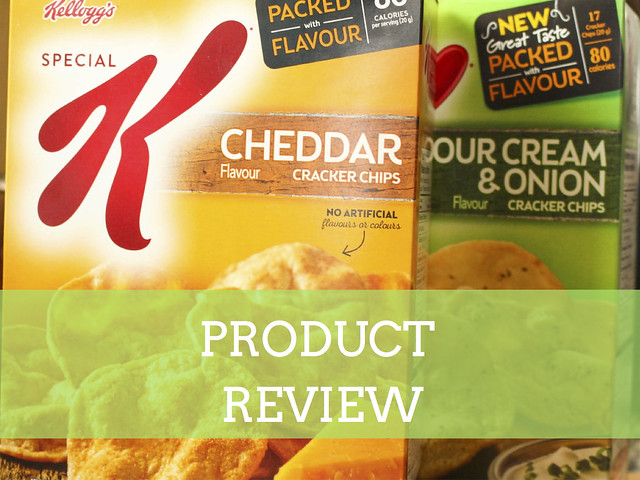 You know I LOVE chips and was happily surprised when I discovered that Kellogg’s Special K had their own “cracker chips”!

Where They Were Discovered 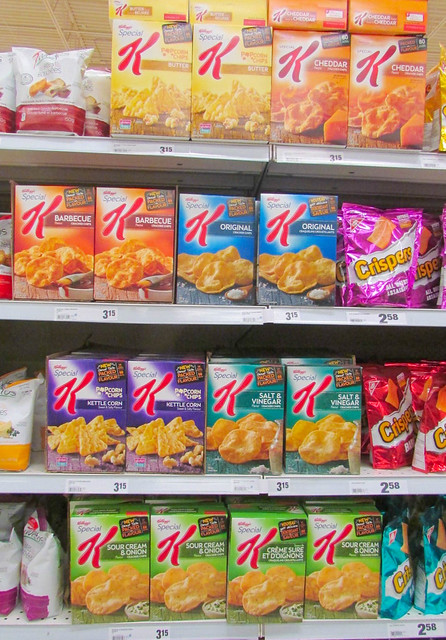 I was walking down the cracker aisle at my Superstore (which I admit, I rarely pay attention to) when I saw that big K and lots of colourful boxes. So many flavours to choose from! They were just over $3 a box which seemed like a deal. 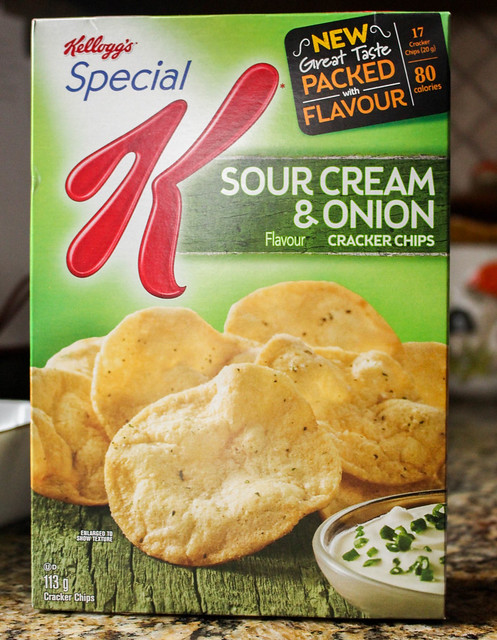 I picked up a box of Kellogg’s Special K Sour Cream & Onion Cracker Chips and it it felt like a box of air. It was the lightest box of just about anything I have ever bought. 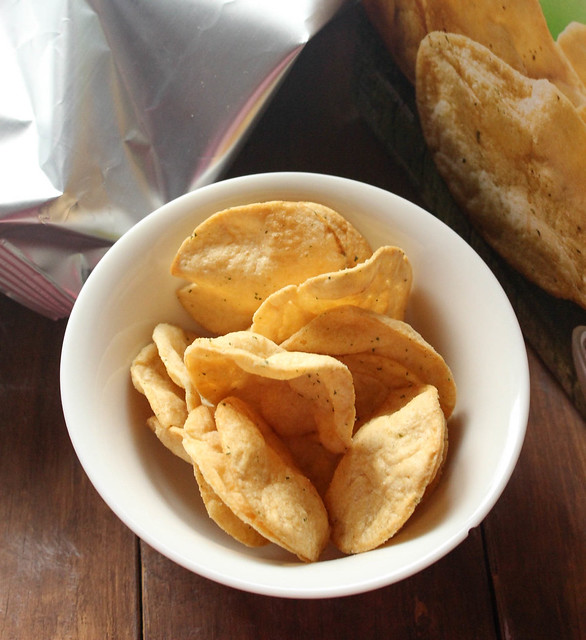 The cracker chips come in a silver bag inside their box and look like, well, across between a cracker and a chip. 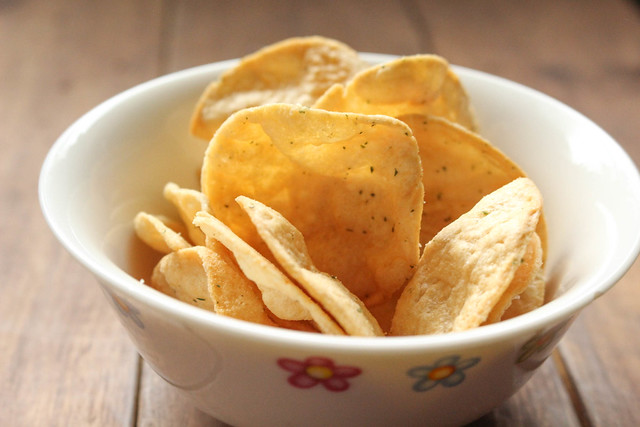 These ones have little flecks of green and according to the box there are no artificial flavours or colours. The list of ingredients is quite extensive. Despite having disodium guanylate in them the top two ingredients are potatoes and potato starch. I guess they took potatoes and turned them into a cracker, hence the cracker chip hybrid. 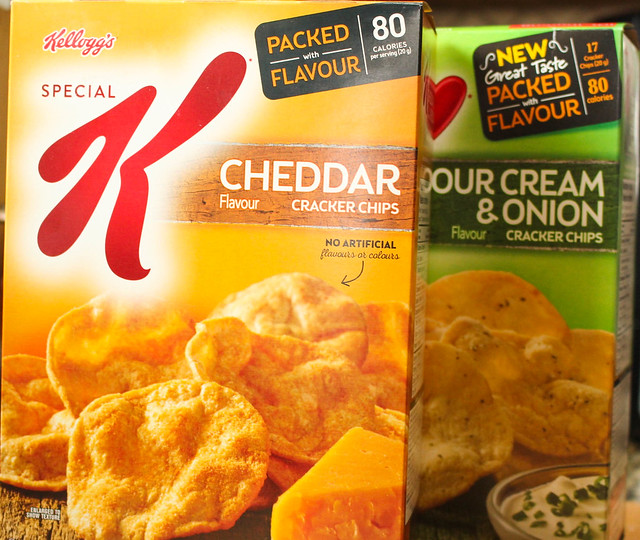 As soon as I opened the sour cream and onion box, they were gone. We enjoyed them while watching a movie so it is a good thing I photographed them right away. We enjoyed them so much we picked up a box of cheddar cracker chips during our next shop and I did not even get a chance to photograph those. 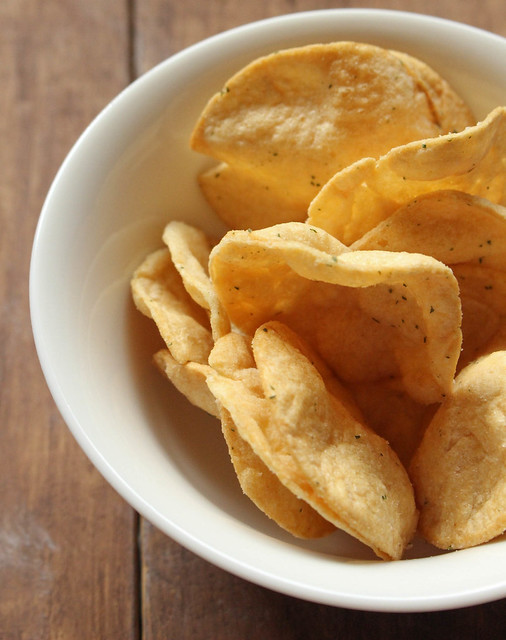 In 17 crackers/20 grams there is 2.5 grams of fat which is a lot less than potato chips which average around 7 grams of fat per 20 grams. Now I am not a calorie counting individual but since we enjoyed these as much as we did, if I am going to indulge on the weekend I think they are a great way to get that salty crunch without being too bad.

Although you know I love being bad! That said, Kellogg’s Special K Cracker Chips did a great job giving us a snack that I could feel less guilty about than others while still offering terrific crunch and flavour. I give this product four out of five wooden spoons. Reg loved them even more than I did.

FYI: A friend via Instagram told me these go stale really fast so you can feel even less guilt over eating them all up right away!